It would be better to have the panoramic image for our vehicle. Fortunately, it is not that difficult to install reflective half-sphere outside of the main compartment in front of the camera and get 360 degree picture. Applying so-called unwarping algorithm will convert (unwarp) distorted picture (mapped on the sphere) back to the planar form. Adding some simple mirror system could lead to the frame split in two parts as if it has being seeing with two different cameras (eyes). Looking with such system on the reflective half-sphere would result in 360 degree stereo image. Exactly what we need for our deep sea photos and videos! :-)

These ideas and algorithms are not ours. You can take a look at the great project by kscottz for more details on unwarping. And for the idea about simple mirror system to split camera image, you can for example take a look at this article.

So somehow we believe that it should be doable without huge efforts. To test the concept, we create the model of such setup in Blender: 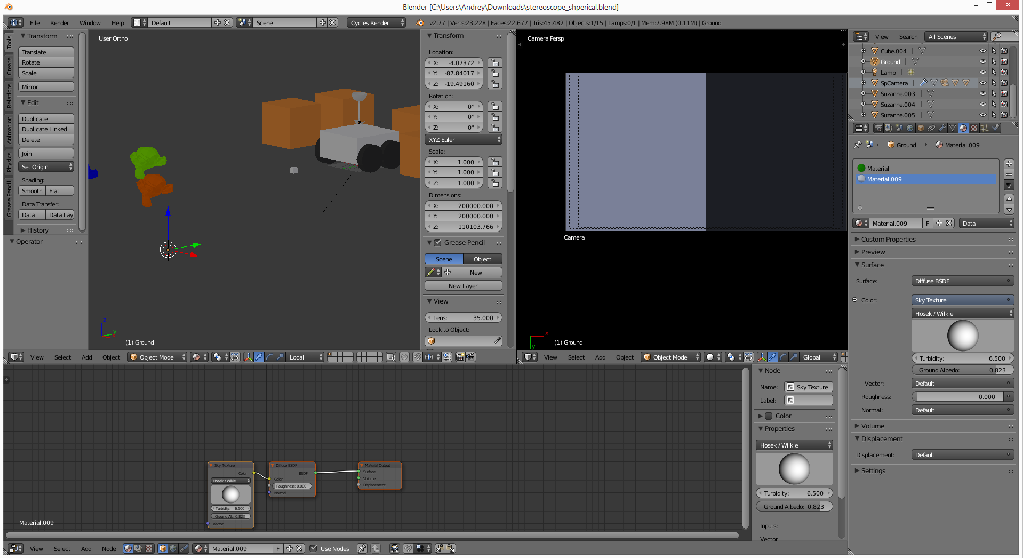 capture rendered image as seeing by the camera 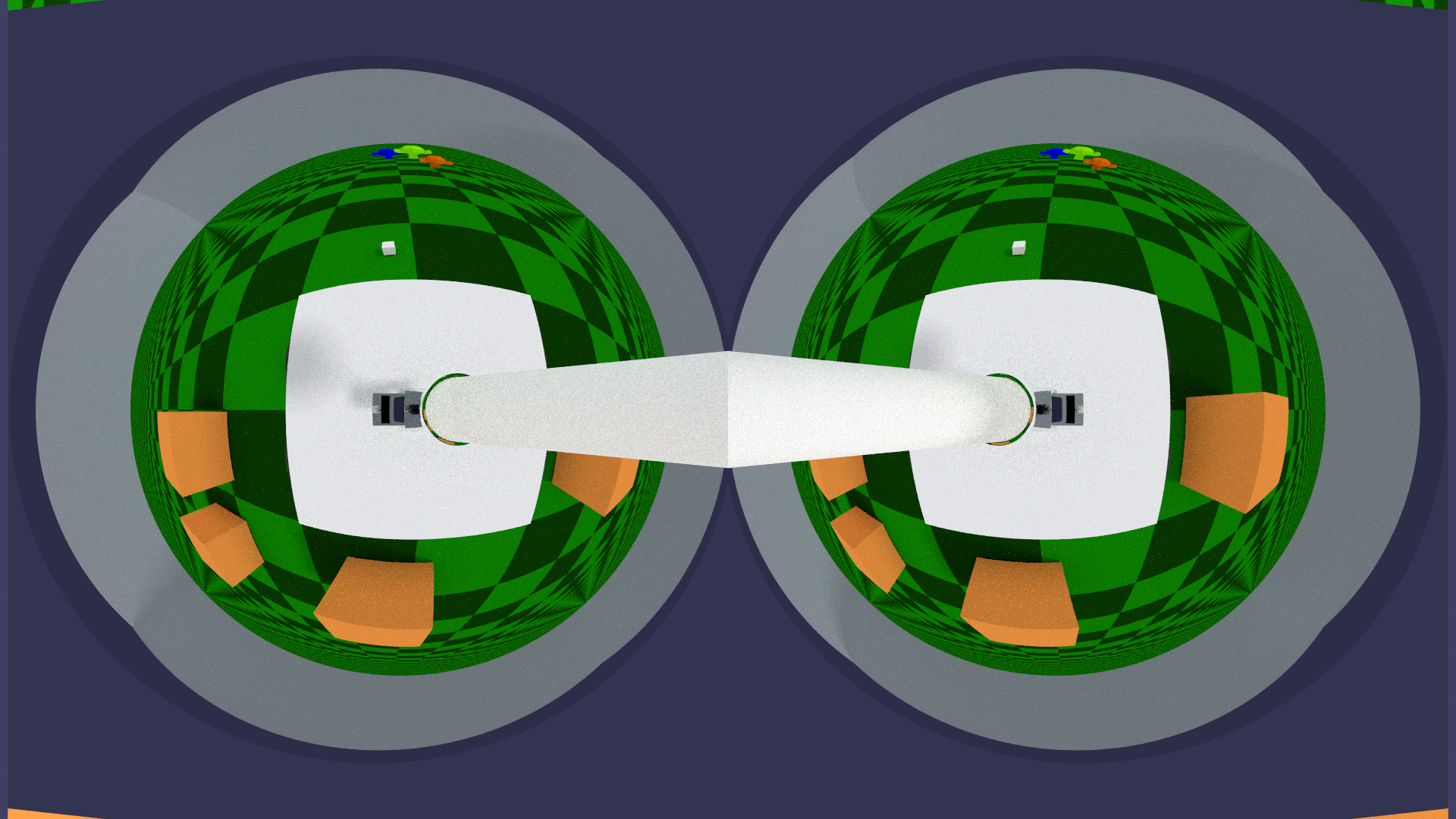 and run our python script (which is slightly optimized version of the kscottz's code) to unwarp two 360 degree images. Left:

The white stripe in the middle is the stick on which the reflective sphere is mounted.

So now it is possible to make anaglyph image out of them, build depth map, etc. Quite happy with results sofar! :-)