What Makes A Good Model?

Books for the blind often have raised-line drawings, labeled in Braille. We wondered: how well do blind people process 2D projections of 3D objects? Think of the common illustration of a cube as two squares with their corners connected. If you raise those lines so that you can feel them with your fingers, are they going to feel even remotely like an actual cube? A photograph or a diagram like this looks like its three dimensional counterpart to sighted people because we're used to viewing the world as a projection from three dimensions down to two. Even stereoscopic vision isn't truly 3D, and the lack of depth perception in a still photo or a movie doesn't interfere in the least with our ability to recognize shapes.

A person who has been blind from birth, on the other hand, has never seen a cube as three parallelograms (the three visible faces, with the other three occluded). Even if you have a cube made of wires following the edges, with nothing in the center, you might be able to turn it so that it is visibly identical to a wireframe cube drawing when viewed from some specific angle, but the shape of the raised lines will feel nothing like that of the wires making up the real cube. We've been told that it's usually very difficult for a blind child to learn to understand concepts like "behind" and "in front of" because unlike a sighted child they're not constantly unable to see certain objects because they're occluded by other objects in their 2D field of view.

3D graphs in text books can be particularly tricky to translate into 3D (even for a sighted person). Would it be better to provide (if possible) a 3D version, rather than raised-line drawings of 3D projections?

As we were thinking about this, we were fortunate to get a contract for our Apress book, "3D Printed Science Projects," which came out in May of 2016. (The flower, gear and wave in the gallery are from the book; the book is available from Apress at the given link. The models (but not the book itself) are available at the same link under a Creative Commons, Attribution, NonCommercial Share-Alike International 4.0 License.)

For the book, we came up with a lot of models that were both easy to print and able to be varied to some degree on the science involved. We discovered there were several types of models: 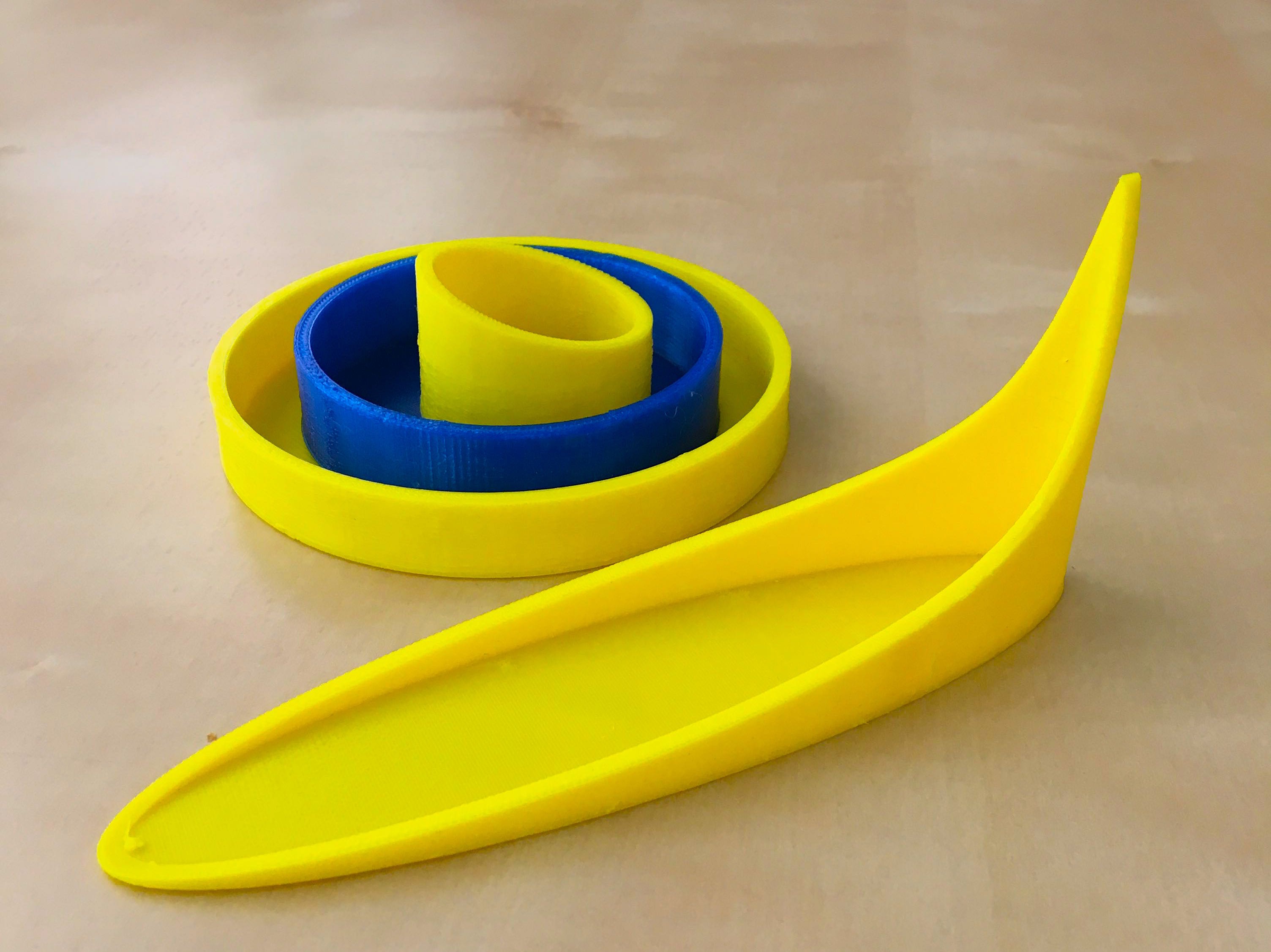 What this means for this project is: models take time; they require some real thought about what to show and how to show it; and the creator gets a lot of insight into the science or math when developing the concept. This says that creating a model will indeed teach a student a lot about the subject, but that there was going to need to be some capturing of documentation and vetting of accuracy for the models to be broadly useful- in other words, some sort of contest or wiki-like review.