Our sophisticated 3D printable math and science models discussed in the last log were aimed at teachers and students who wanted to be able to use them as the basis of a solid science fair project, or perhaps to use as a visualization in class. However, when we started polling some teachers of the visually impaired for what they wanted, some of the requests were surprisingly simple.

For example, one suggested model was a set of basic shapes (cylinder, cube, etc) all with identical volumes, and open on one side (for the first version, we simply printed in "vase mode". Teachers can use these with some water to show that the volumes are all equal. Visually-impaired kids can then also explore these hollow models with their fingers. 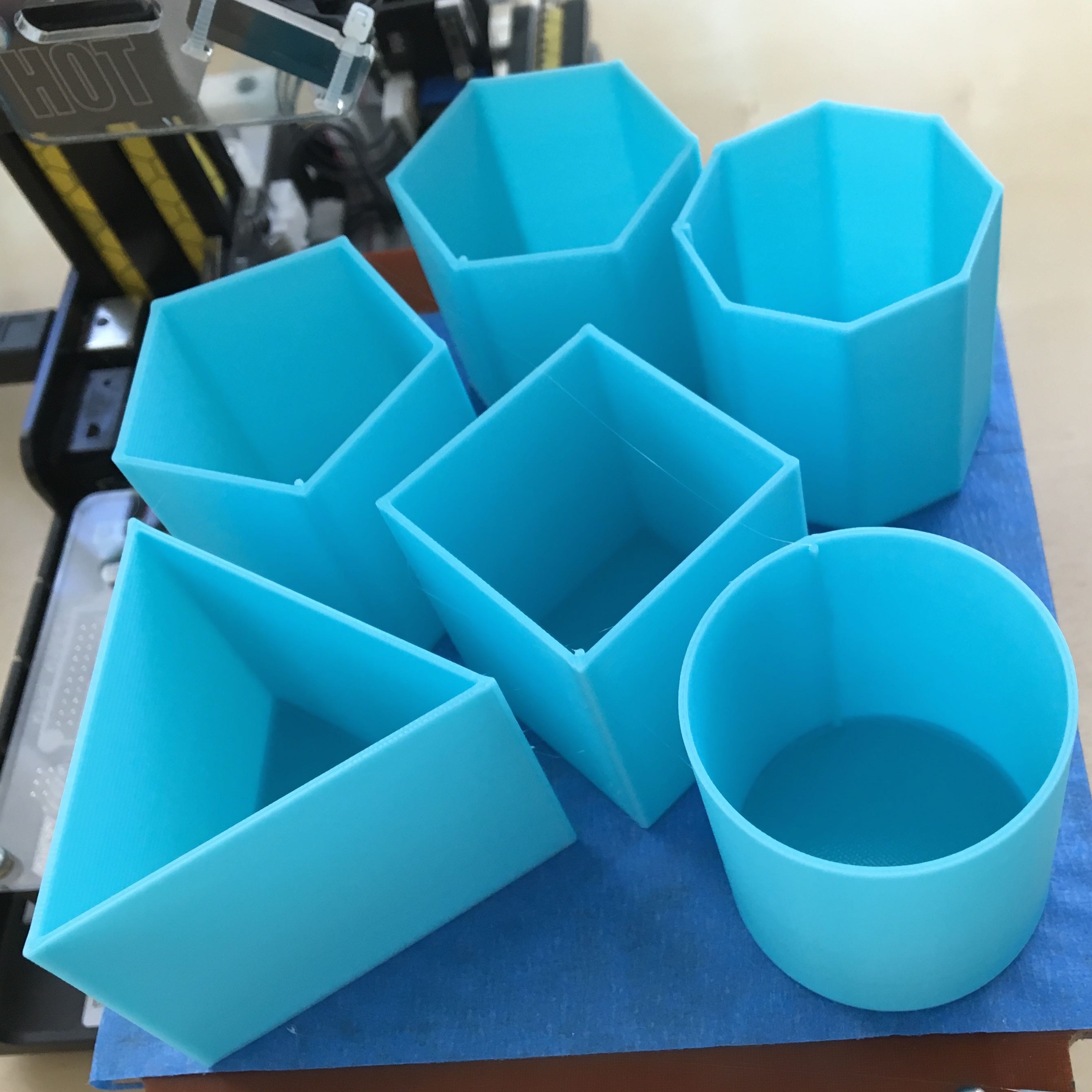 A little bit of remembering your high-school geometry will also bring back that the volume of a cylinder is three times that of a right circular cone of the same height. It turns out that this holds true for pyramids (which are just cones with a polygonal bases instead of circular ones). So our next set was to prove these relationships.

However, a hollow cone without a bottom is a little tricky to print. These were also solid objects printed without infill, but we left the bottom open instead of the top. Because our normal printing settings included printing the lines of the first layer with 200% width, this created a small inverted brim on the inside, which made them easier to print and could be peeled away after printing. They could be printed without support.

Other simple models that have been reported to us as valuable are a cartoon, Monopoly-style house (because otherwise blind people may not know about things like sloping roof profiles that we take for granted,)

What Makes A Good Model?

Putting a Lid on It