A standalone, open-source thermal imager which can be built for under $50 in parts.

I've gotten the GridEYE sensor working on my prototype board. I've implemented a simple linear mapping of -25 - 100 degrees = 100% blue to 100% red. It seems like a linear mapping doesn't produce entirely intuitive results, and doesn't photograph well, either. My intention is to tweak the display mapping quite a bit. I would ultimately like to implement the standard "iron" color scheme that is common on commercial thermal imagers, and have several different color scheme options to select from.

Unfortunately, the sensor I have seems to have two dead pixels. This means that the maximum temperature reported is always at least 34 degrees. I may eventually implement a software feature to disable dead pixels and take the average of the pixels around them in order to fill in the resulting blank space.

Here's what it looks like when looking at two resistors dissipating about 5W, as well as some ice cubes. 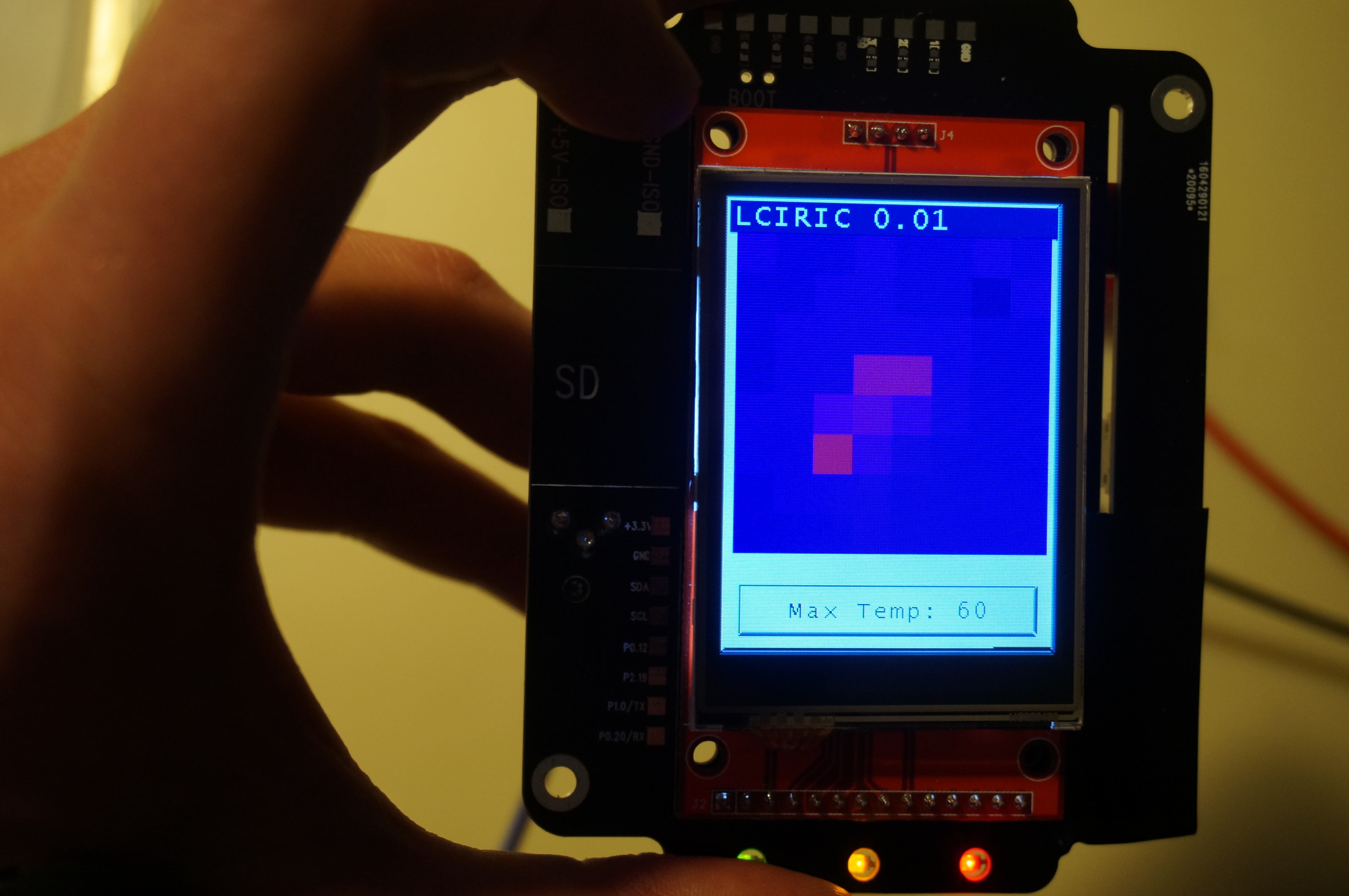 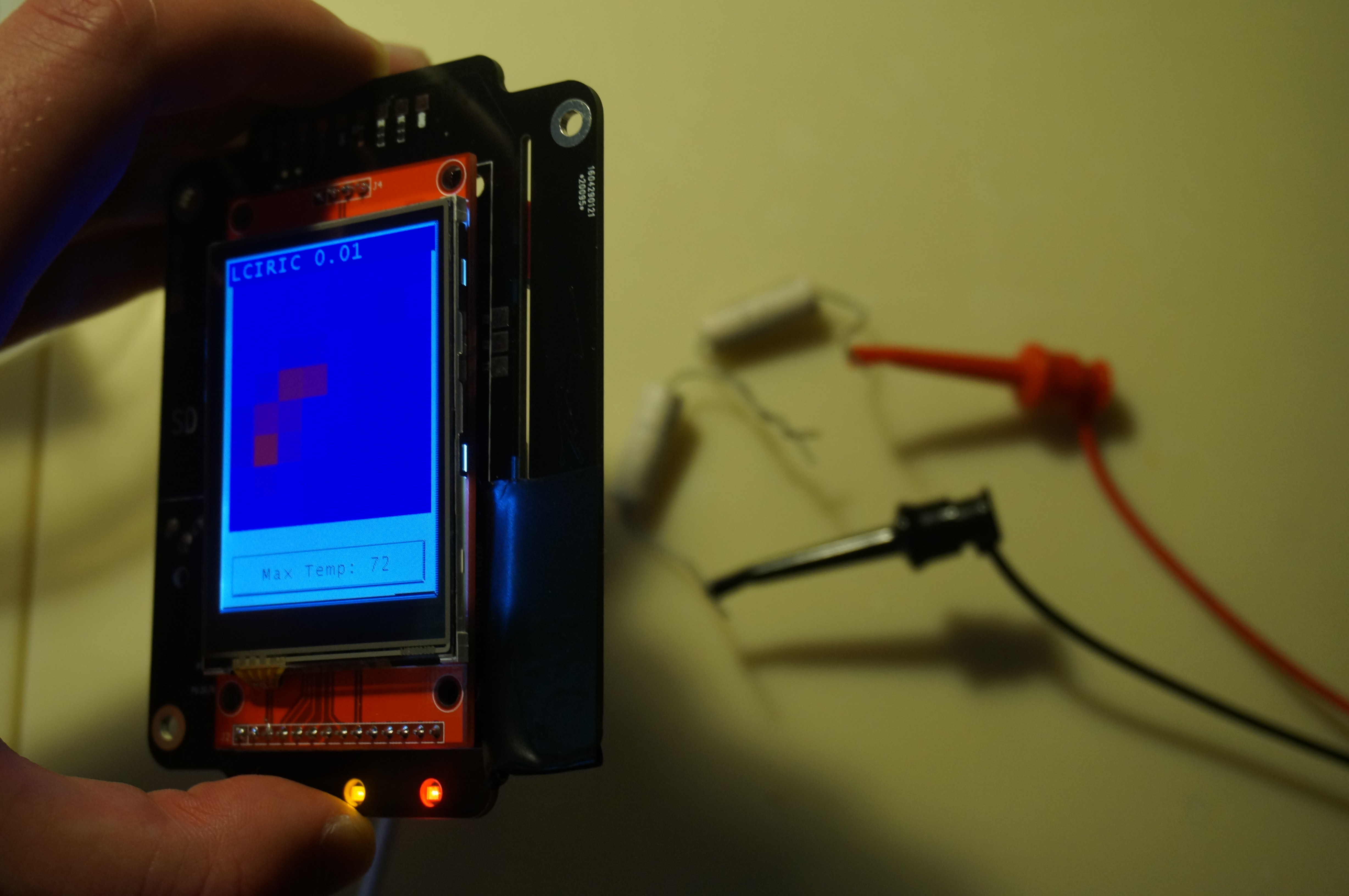 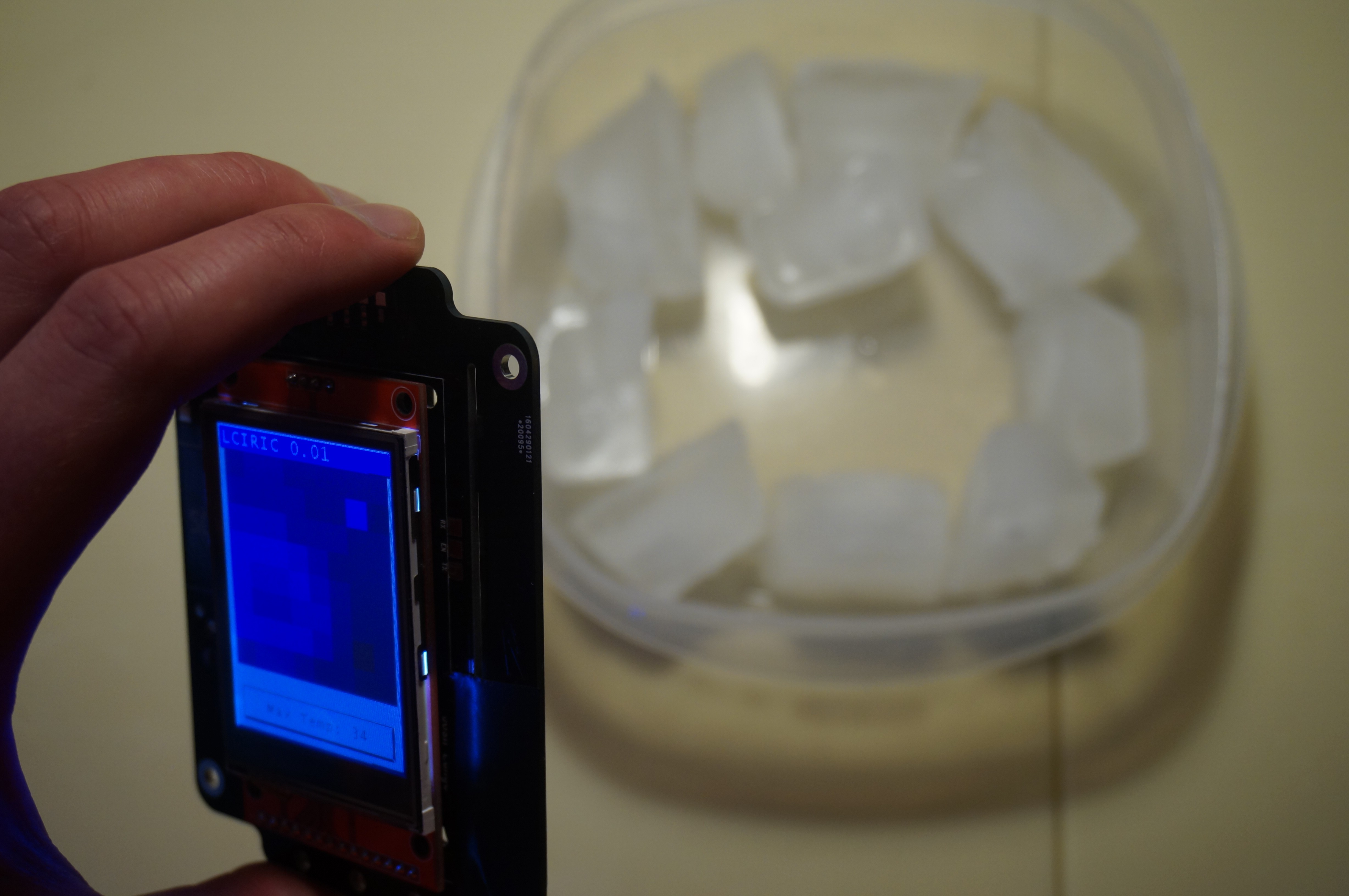