This is a techno/art installation to be displayed in the community--similar to old time holiday window displays.

"I am Robert Robot, mechanical man. Drive me and steer me where ever you can."

I found this 60 year old robot on ebay for less than $25. The light in the head was missing, voice box didn't work and he had no remote control. Other than that, he was in fair condition. I thought he would look cool in Santa's Shop, so I didn't need to have him talk or move around.

When curiosity compelled me to turn the crank on the back, some scratchy sounds sometimes emerged. The challenge was on.  I removed the two screws in front and two in back that hold the wheel mechanism. The wheel system, though rusty, would work fine if I had a controller, but I don't need him to run around in Santa's Shop. 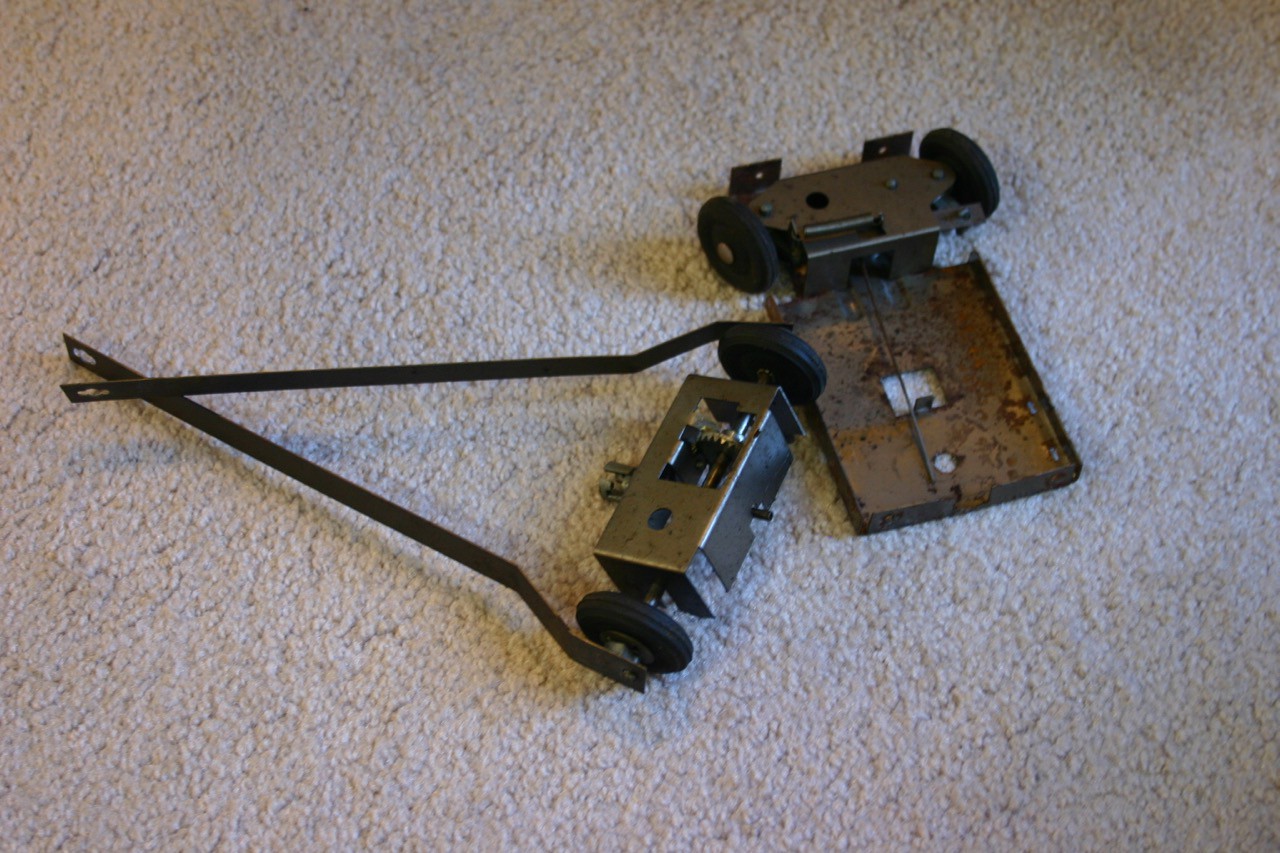 Next, I looked inside to see the voice box (a little plastic record). 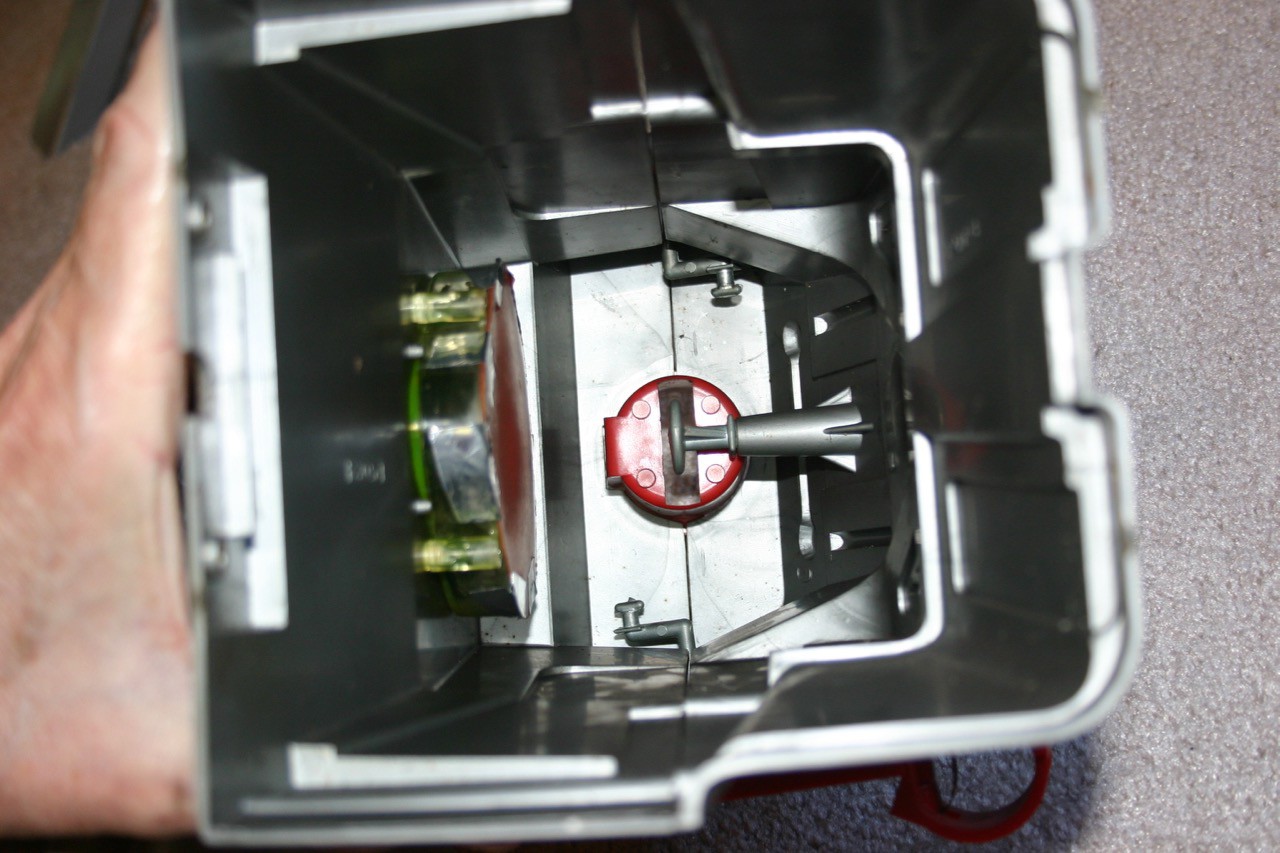 To remove the voice box, four tiny brass screws on the back have to be unscrewed. 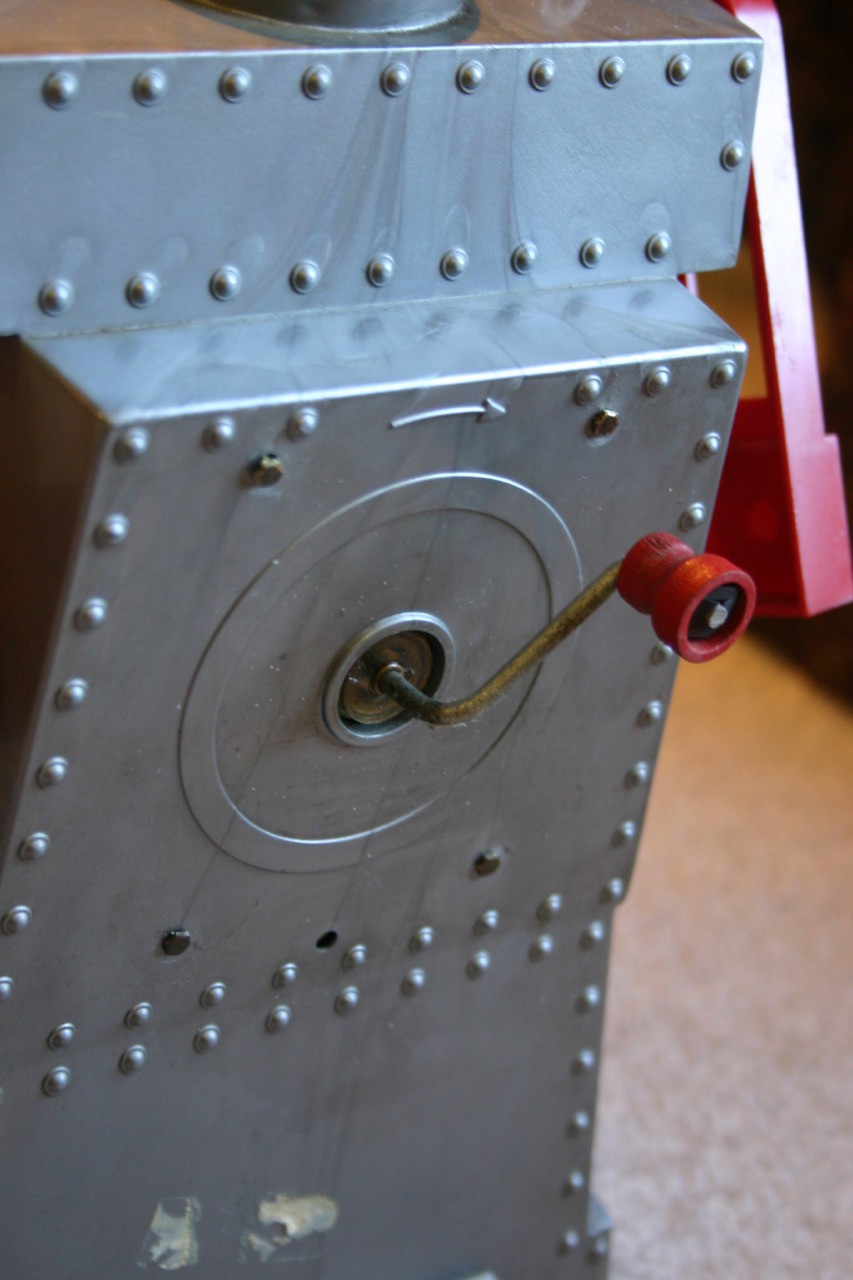 With the screws removed and the crank handle up (toward the head), the voice box can be removed.

The voice box is composed of a case which holds the record. The record is directly attached to the crank. A small needle "plays" the record. The needle has a point on one end (fits in the record groove) and a plastic head extending above the point. The head presses against the brown "sounding board" and that amplifies the sound. The sounding board is attached to the case with glue, but the glue dried up after 60 years. I guess glue just wasn't great 60 years ago. I used a little duct tape to secure the sounding board to the case and it works perfectly. Whether the tape holds for another 60 years is probably not my concern. 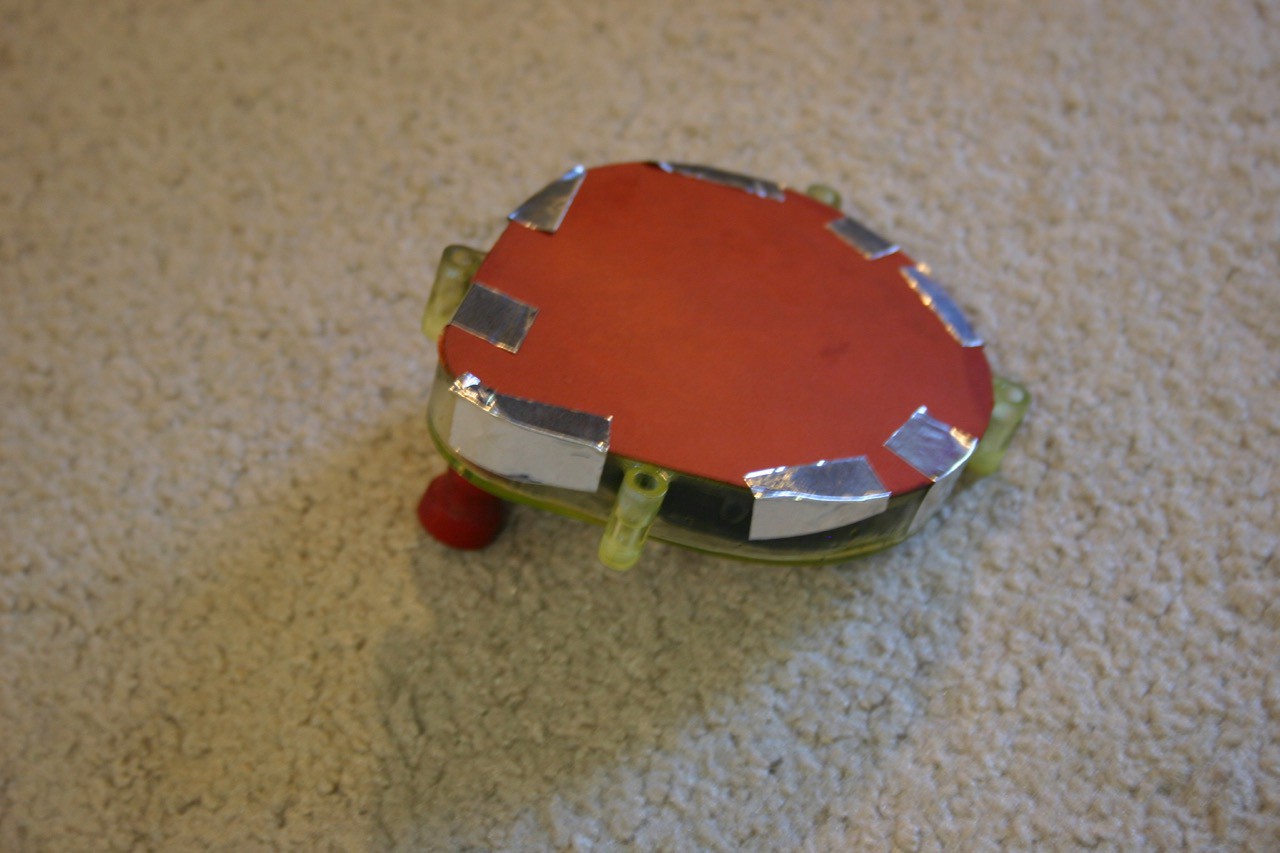 I twisted the head and removed it. The battery holder and lamp holder were nowhere to be seen--but I inserted a led strip. 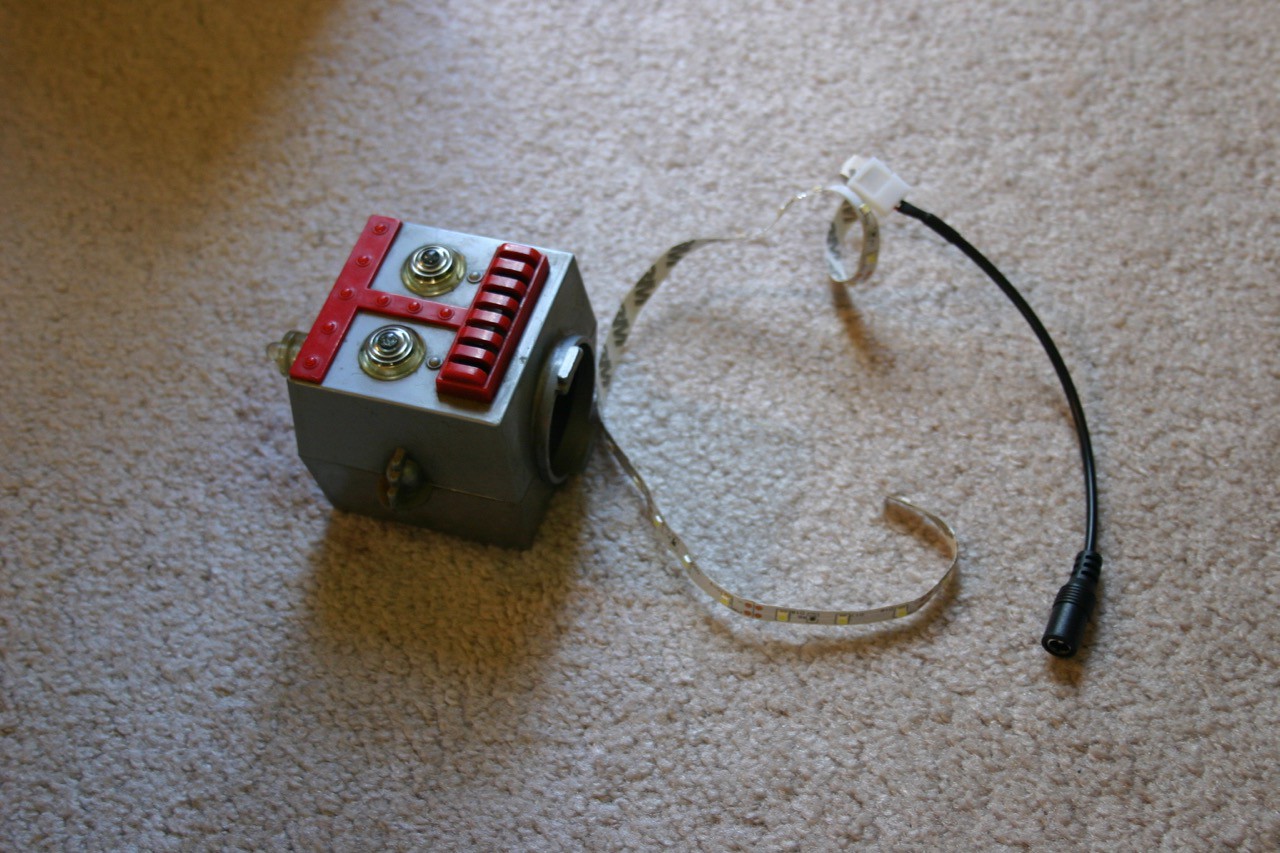 The head is brilliant! 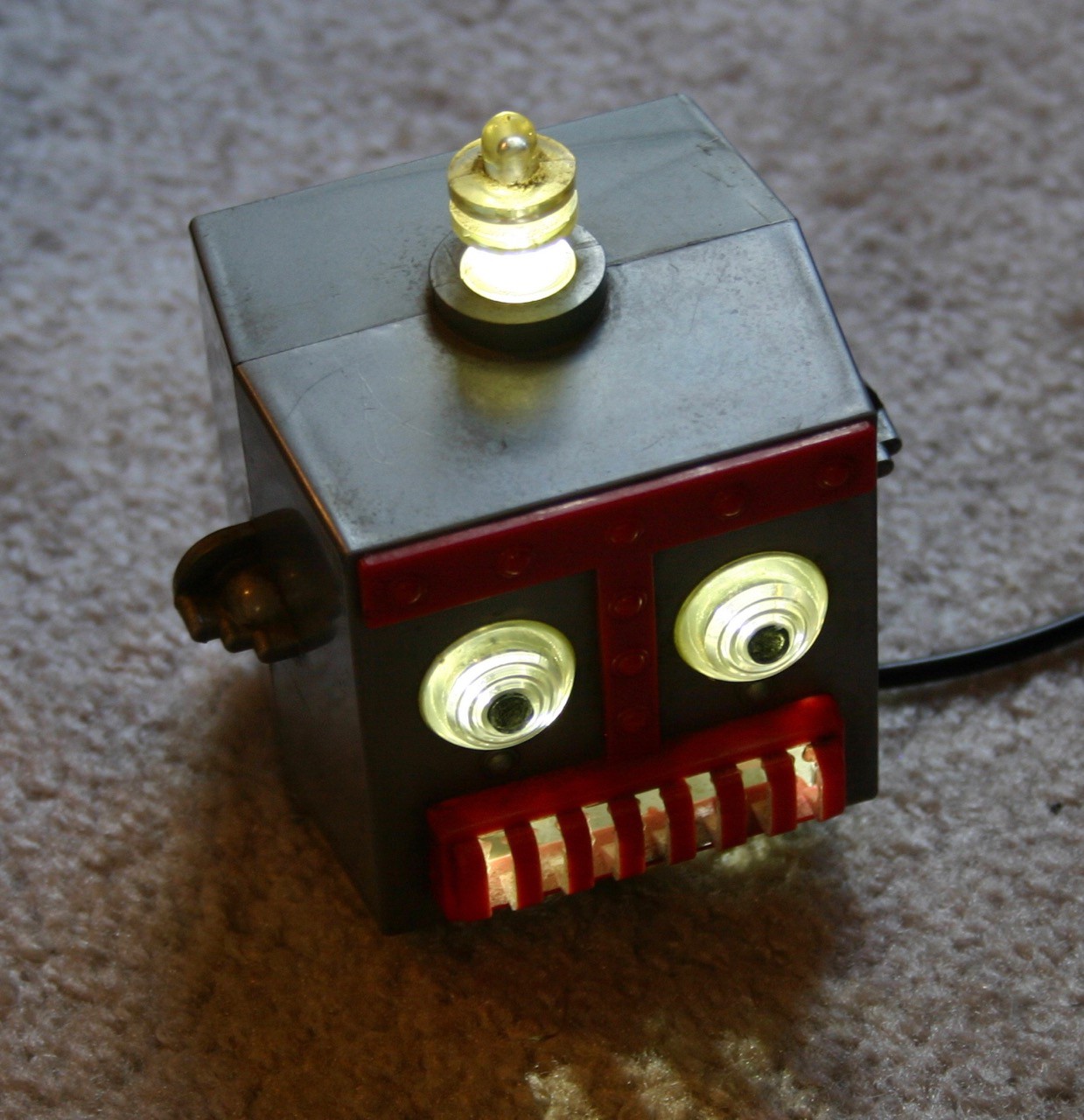 For now, that's it. If I feel inspired, I might make his arms move later. 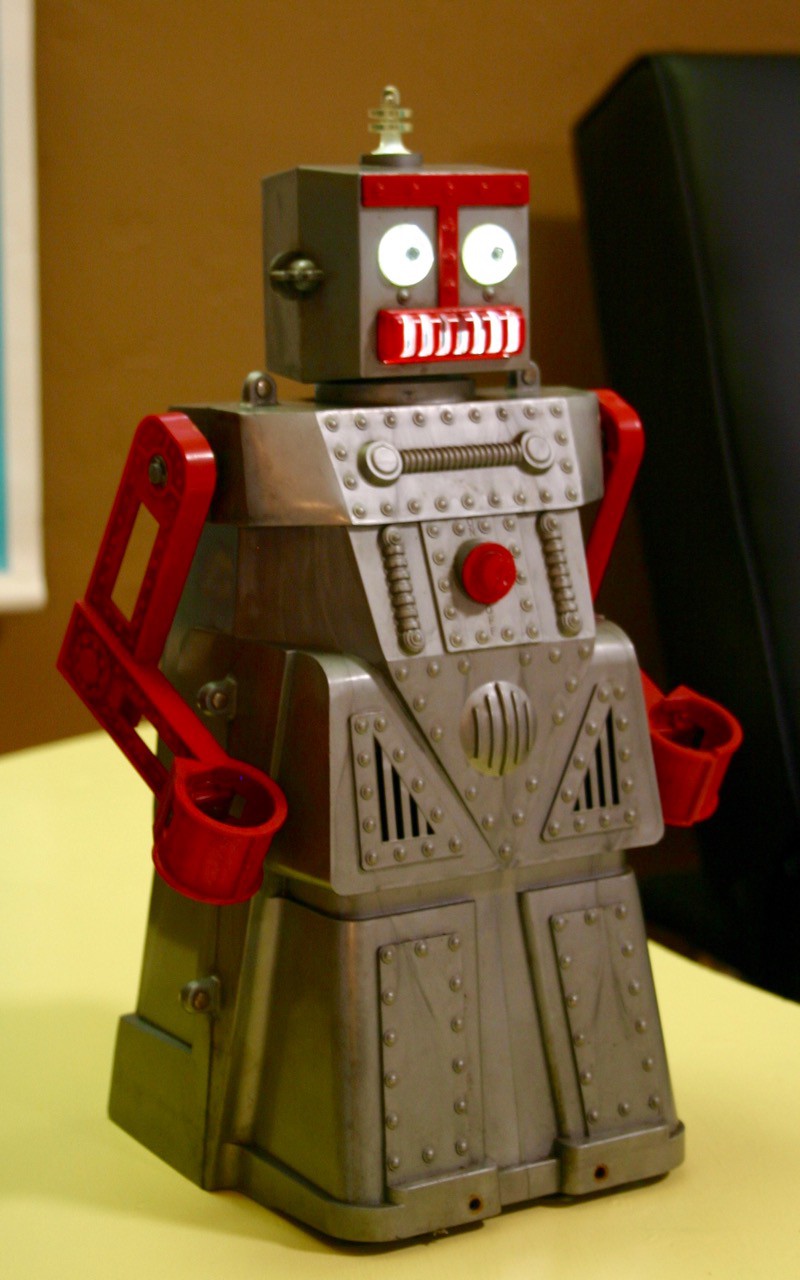