There are several online and retail stores where is available a kind of small LED flashlights, they are rechargeable by solar energy. There are reports of prices around 1 USD/EUR/GBP depending on the country. However, all aren’t good news, some bloggers reported that many aren’t rechargeable at all, because they were equipped with disposable CR2016 batteries, or with damaged solar panels, unsoldered or simply fake solar panels. 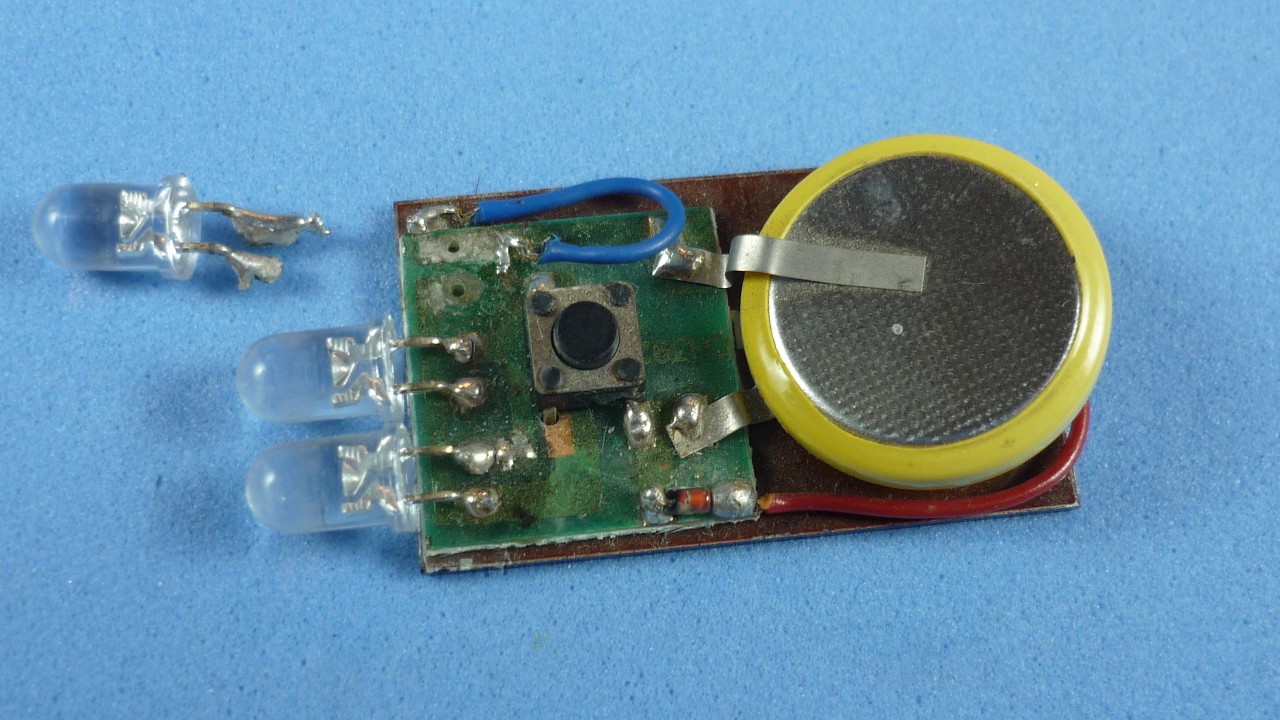 Like most cheap electronic products, this flashlight is not designed to last for a long time. One of the most evident mechanical problems is the LED assembly, if one is hit repeatedly, the solder will crack usually destroying the PCB trace. The other problem is about design. The battery has no circuit to control charge or discharge, however, isn’t too problematic, because the solar panel puts a very, very low current under normal operation conditions so it won’t explode by overcharge. The white LED have approx 3.7 v drop, so the battery will never discharge to a critical level for a Lithium cell (2,7 v) just powering the LED. However, if the flashlight is stored for very prolonged periods in very dark places, like drawers or closets, the battery will slowly self discharging to a very low point where isn’t possible to be recharged, leaving the flashlight useless!

SUPER CAPACITOR TO THE RESCUE 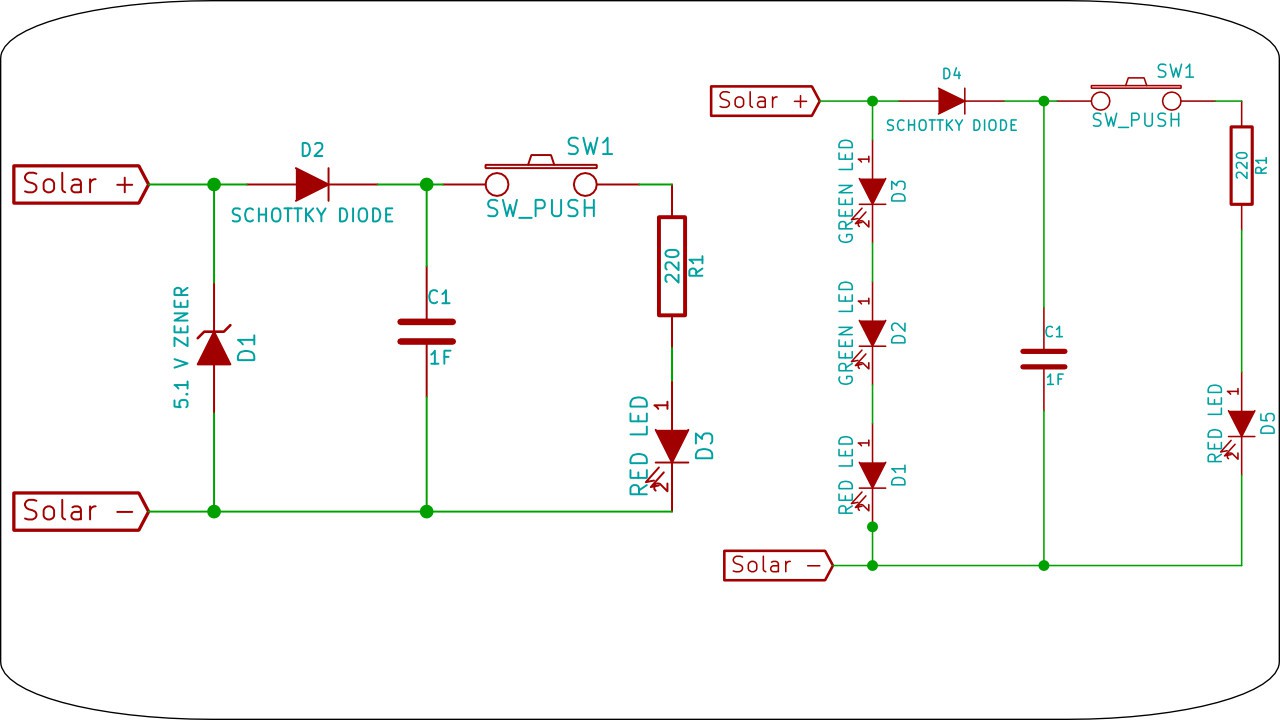 As an alternative to a rechargeable battery, a super capacitor could be used to make a flashlight with the following characteristics:

- It could be stored in a totally dark place for months, even years, without compromising the energy storing element, in this case the super capacitor

- It could be recharged in a very fast way, exposing it to a very strong light source! A great advantage of super capacitors over batteries is their ultra fast charging time.

- All the stored used could be used! Totally discharging a super capacitor doesn’t damage it.

To use the super capacitor, the original circuit must be modified, a circuit to protect it from overcharging over 5 volts must be crafted. A 5.1 v Zener diode or 3 LED in series are simple alternatives. Also, as the capacitor discharges in an exponential way, a red LED should be used, because of its lowest voltage drop (1.8V) between visible LED, giving more lighting time. 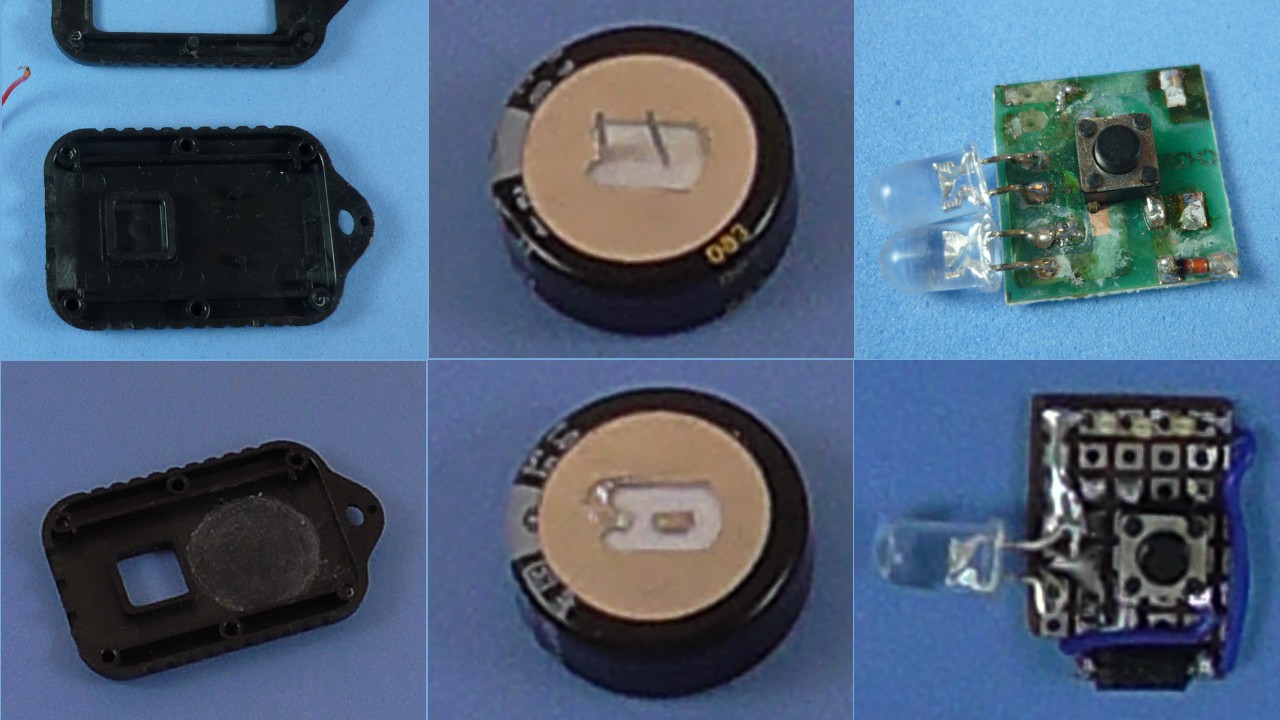 The super capacitor to be used is bigger than the original rechargeable battery, some modifications are needed.

- Cut super capacitor terminals, as much as possible, but leaving some space to solder a thin wire

- Scrap some plastic from the case, to give more room for the super capacitor

- Make an electronic board, as small as possible, using SMD components is desired to give extra room for the capacitor

- Bend the LED terminals in a “U” shape to absorb shocks , minimizing damage to solder joints and PCB traces

With the super capacitor totally discharged, place the flashlight under a strong light source for at least a day to recharge.

The intensity of the light is less than the original 3 white LED, however, is still useful for finding objects like keys or keyholes in very dark conditions.

Light intensity and working time are related to super capacitor capacity and the series resistor with the LED.

2021 Hackaday Prize
A low-cost solar lamp that can be used as a replacement for harmful kerosene lamps and a learning Kit for STEAM Education.
Project Owner Contributor