A personal tale of healing, and a path towards a brighter future.

I am totally against all these gimmicky HAD.io and HAD prize entries but I have been wanting to do this for a while, everyone in the first world has dryer lint, and most of us have dog hair, cat hair, or human hair. Let's burn it and make super-capacitors.

The thing that makes great super capacitors besides a redox mediator like potassium iodide or copper chloride in the electrolyte is high surface area functionalized carbon materials.

Dryer lint is mostly cotton fiber, human skin, and hair. All of which will have a very high surface area and tons of oxygen, nitrogen and sulfur functionaities when reduced.

Don't throw it away, use it and let's start healing the rifts in our lifes with open source technology that increases everyone's standard of living.

This story begins around five years ago, so settle in and prepare for a personal tale of hardship, pain, healing and reconciliation. But first the last of the scars healing from bone deep puncture wounds. 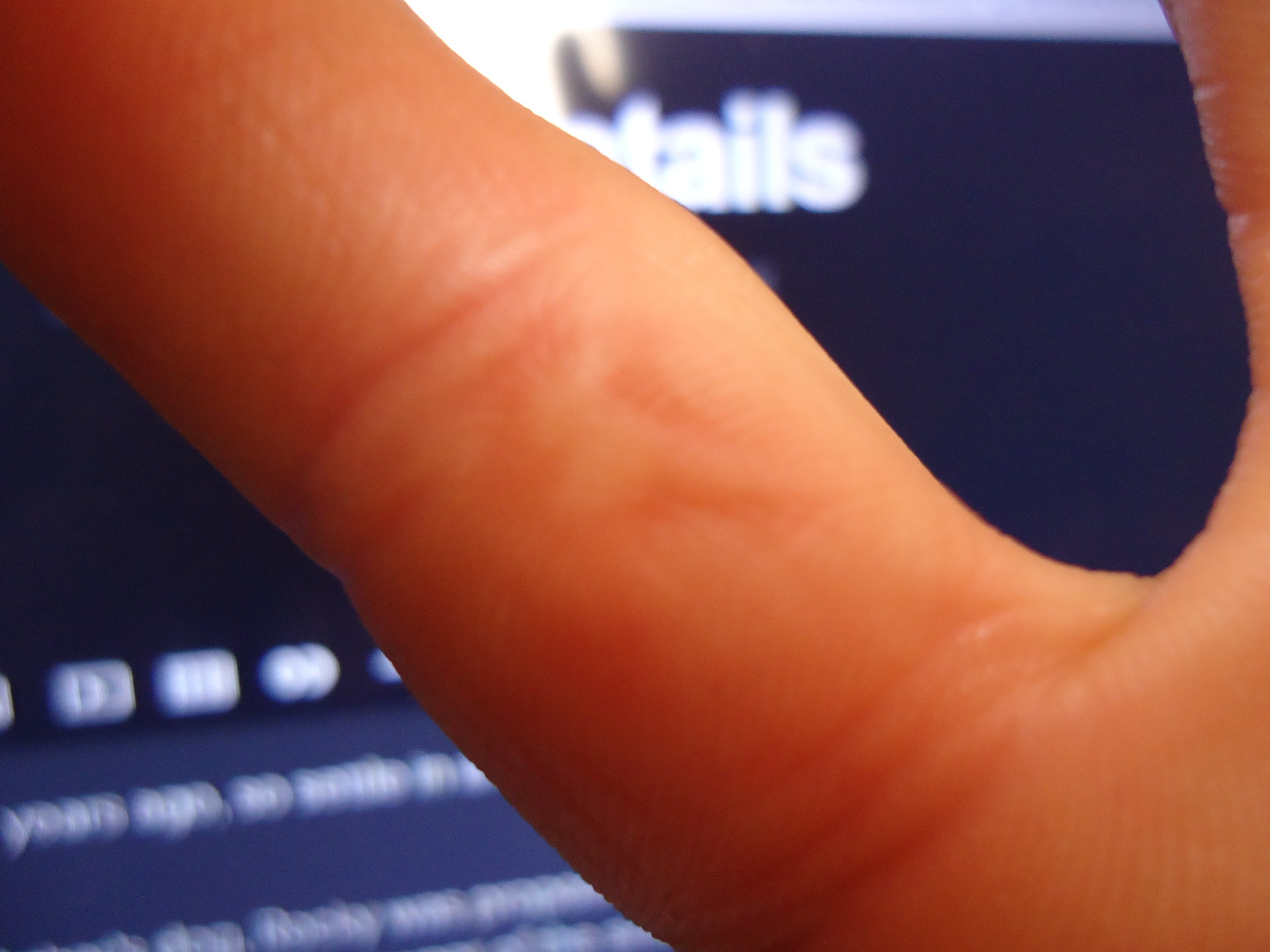 One day out of the blue my father's dog, Rocky was propositioned to be a new father of a set of fine purebred german shorthaired puppies, as the owner of the sire, the pick of the litter was bestowed upon me, by my father. 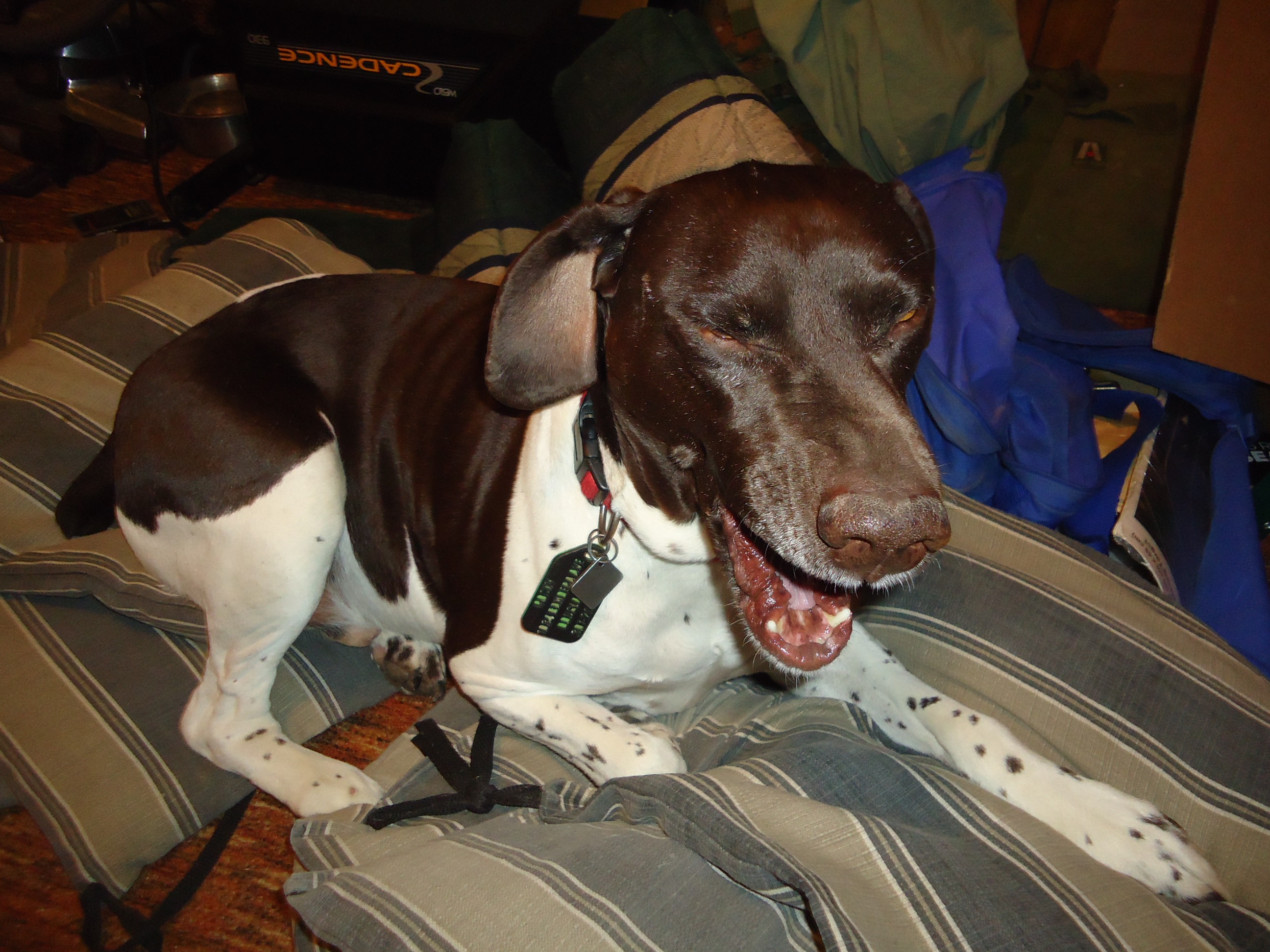 Around 60 days later a pup named Teufel Hund was thrust forth into the world. The most bird hating, run loving, butt wiggling, mouse digging little monster that ever lived. I was overjoyed to take my new pup home to Laramie WY and begin rearing him at twelve weeks. He spent half of his early time with a half coyote mutt, and the other half with a blind pitbull during which, he showed he could get along with just about any canine. Shortly thereafter I took a job as a laboratory technician at a confidential research institute which required night shifts about half of the month, this would spell trouble later. This job would also spark my interest in nano-technology as I would spend every last lunch break reading scholarly journals.

After about two months into my job, my parents announced a divorce. This spelled trouble for the stud Rocky as he was no longer welcome at his home in Douglas, as my father was in Kazakhstan mining uranium ore. Rocky was forced to go to a dog trainer in the middle of a nowhere Wyoming prairie and was consequentially no longer given the attention he desired.

Rocky lashed out in anger, at every dog around him feeling supplanted and rejected. Rixus The Undefeated Gaul, he was called, weighing in at only 75lbs among much larger German Shepherds and Labradors. He was miserable and tortured by being away from his family, locked in a small 6 by 10 kennel for most of the day, he routinely broke free. He had broken his upper canines from chewing through locks and prying the lid off the kennel to get out in attempt to escape imprisonment and find his family. The dog trainer took it upon himself to take Rockstar into his home to attempt to give the savage beast some of what he felt he deserved. It was not enough and Rockso the Dog and Roll Clown routinely caused mischief and mayhem, once stealing the Christmas ham to have himself a feast.

I was called upon to assume the leadership role and bring Rocky into my home, and hopefully bring him round to sense, whilst calming hackle. He was used to me in that role as I was his secondary master for a few years whilst I still lived in the same town as my parent's. He had a girlfriend named Piper at the time who was the female companion of my then girlfriend. Thus he respected me and was submissive to my command.

Then due to my high stress job, during the middle of graveyards I developed the flu. I was wrecked physically and was unable to take them for four days on their daily hour long run. One day while I was sleepily watching them play in the back yard Tuefel picked up a red pillow they routinely played with, it was then that Rocky snapped and lost all sense. He chased Tuefel under the porch and began to maul him, cries of pain echoed through the neighborhood as Tuefel was at the mercy of Rixus' powerful jaws.

I sprang from my bed which I had positioned on the back porch, to move to seperate the dogs as Rocky was attempting to kill Tuefel who was then at the time still very much a puppy and much weaker than the older Rocky. I quickly seperated them and took a few steps back to catch my wind, and upchuck as I was running a very high fever and was very weak. Rocky sprang again and the two spiraled toward the back of the yard, as Tuefel slipped and fell Rocky was locked around his neck grinding him into...

Do I need LiSO4, Li2SO4 or can this capacitor be created with some other electrolyte?

If you don't have hair or live in hotter climates, apparently durian fruit is also a good source of material. https://arstechnica.com/science/2020/03/super-stinky-durian-fruit-could-charge-your-cell-phone-someday/

But I think you've got some of the math wrong in calculating the capacity of the thing you've made.

I think you're using the instantaneous voltage in your spreadsheet, and then integrating that. I don't know what that does.... The correct way of doing uses the dt (difference in time, so 5s if you use the line above) and the dU , the difference in voltage with the line above. This leads to the formula C3 *(B3-B2)/(E2-E3). Later on in the experiment , the voltage drop in 5s becomes so low that division by zero occurs, and you'd do better taking longer intervals to calculate the capacity.

In any case... doing the math correctly, I calculate 20-30F as the capacity. Maybe a bit less than your 55F, but still VERY impressive!

(Oh.... definition determines if you should call it supercapacitor or battery).

Supercapacitors are different, and ones with the psuedocapacitive behavior act more like batteries on the low ends of discharge. For simplicity sake I simply added up blocks that equate to amp seconds/volts it works out similarly. I haven't had calculus in ages.

It really doesn't make sense to use Farads anymore anyway, watt hours or seconds is a much better approximation of energy storage. When I finish tweaking the few layer graphene oxide/ graphite oxide supercaps I am working on I will be using watt hours instead.

Would you like to collaborate and upload maybe a better spreadsheet?

Oh, the "energy" point-of-view is a good one.

The standard unit is Joules. In some circles (i.e. near batteries) the unit "watt hours" is often used. A watt-hour is 3600J.

I sent you an invite, just accept it and then you can upload the correct spreadsheet.