Experiments to investigate how muscle activity can be measured using acoustic signals generated by muscles.

I made a mount for the microphone using some 2 part casting silicone (pinkysil). Below is showing the first step where Ithe microphone sits: 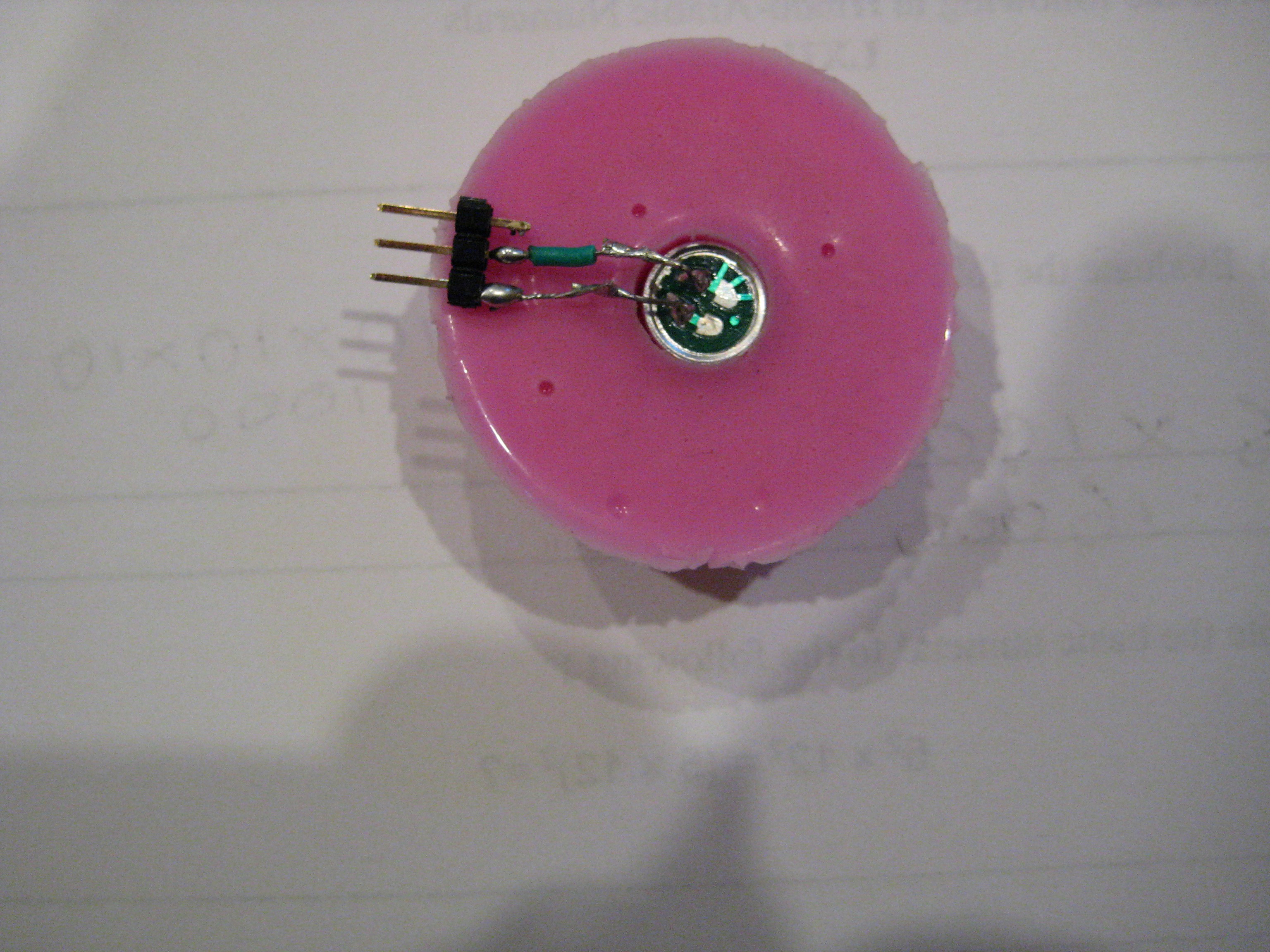 Then covered the back of the microphone with more silicon.I also made up a PCB version of the filter/amplifier. Below is the finished silicon rubber probe (looking from the front of the microphone and the circuit board: 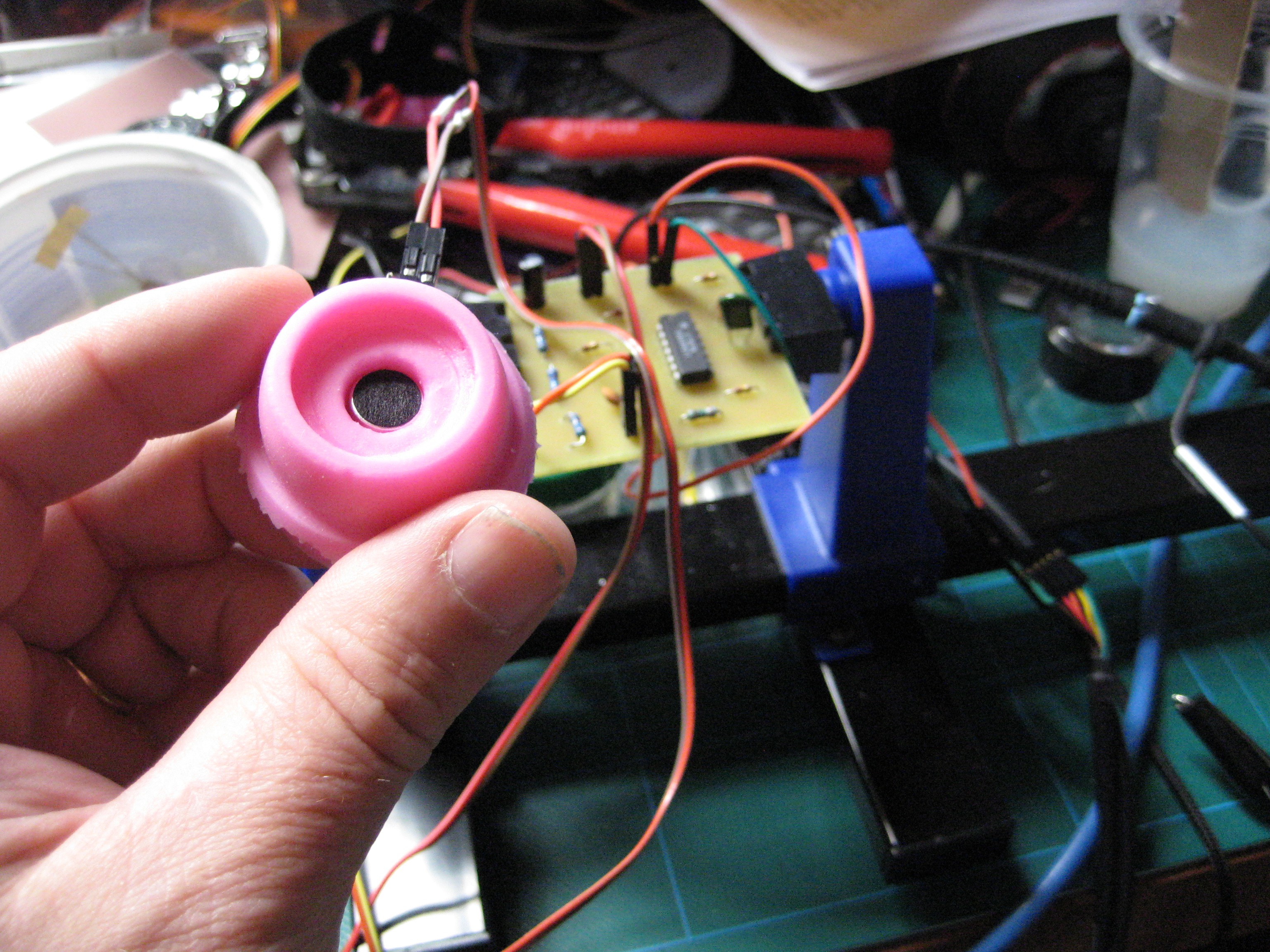 Next time I will use a different header setup for the mic probe. When pushing on wire sockets to the probe, the header pins tend to slide into the sensor rather than into the socket as the silicon rubber doesn't provide much resistance to hold the pins - bit fiddly to connect it as it is now.

I then did a quick test. I fixed the probe to my bicep using velcro straps and measured the output for a series of bicep flexes. I held a weight so the extension would be against resistance.

Video of the test and oscilloscope plot that was recorded below: 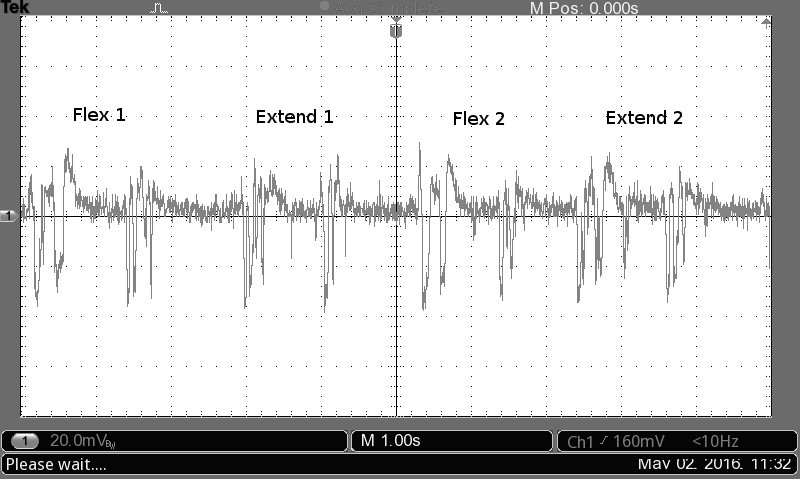 This is looking as if it has potential :)