Do to only having about half an hour each day thus far to work on this project, I've been a bit slow in the initial setup. In order that I can have an easy way to visualize what the system is doing -and- so I can test using the proposed interface I decided to build the basic UI first. 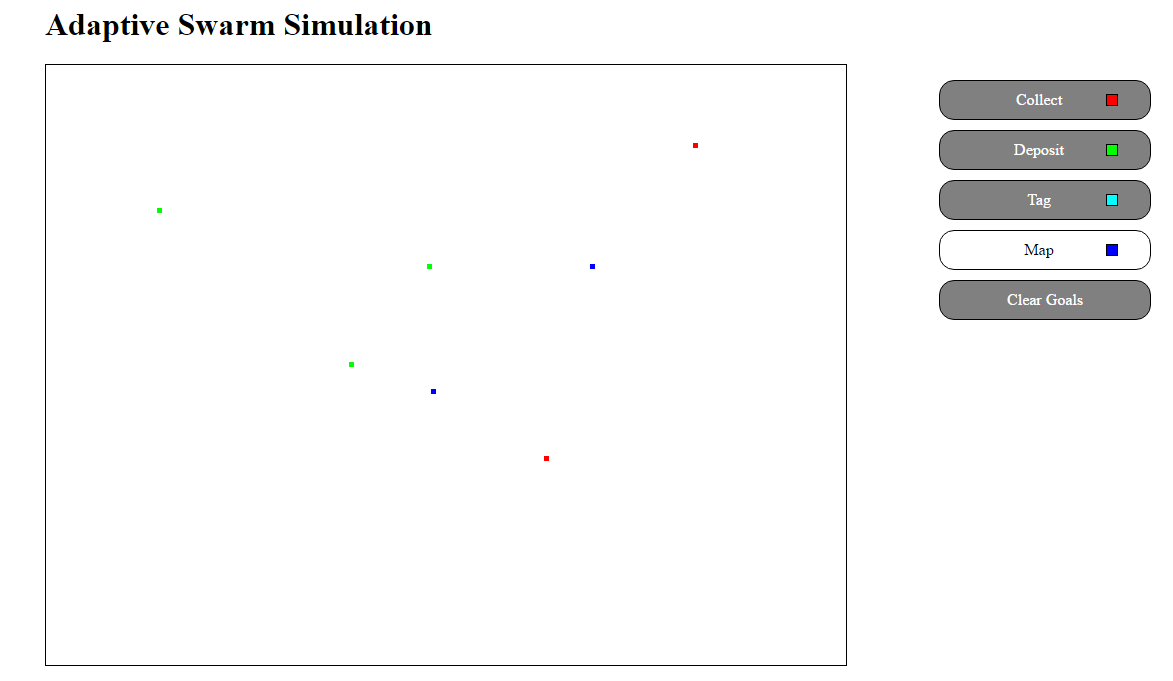 I won't lie, as anyone can see from the image this is a pretty bare bones interface. A user will set goals for the "swarm" by selecting the appropriate goal and clicking on the canvas. The swarm will then be responsible for adapting and completing the goal.

As can be seen from the image, I am planning on testing the system with four types of "Goals".

My next task in this project is to integrate and display the simulated drones themselves. Note that these will be highly abstracted as I am not looking to study the physics of these situations, but am looking for bio-inspired algorithms that facilitate co-operation among the units to solve these tasks.