In order to compare different methods for having the swarms adapt their behavior I need a baseline. To get this baseline I have setup a static environment with static goals in the simulation and run the simulation 20 times using 25 drones. The simulation counts the number of iterations until all the goals have been collected and reports that value back to the screen. 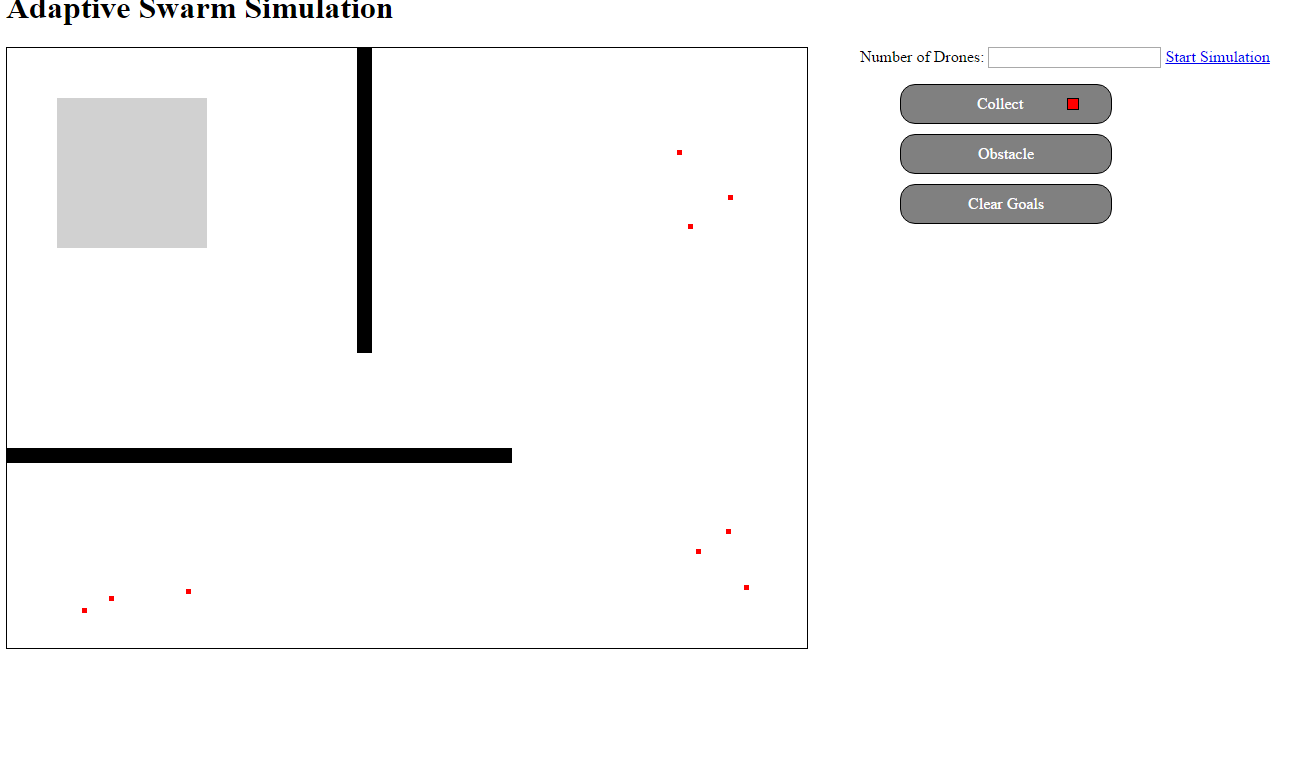 The individual parameters of each individual in the swarm are randomly chosen at the start of the simulation. The grey box represents the "deployment" zone of the drones. After running 20 trials of this experiment, I collected the following data which will be used to determine the performance of the adaptions I will be putting in place next: 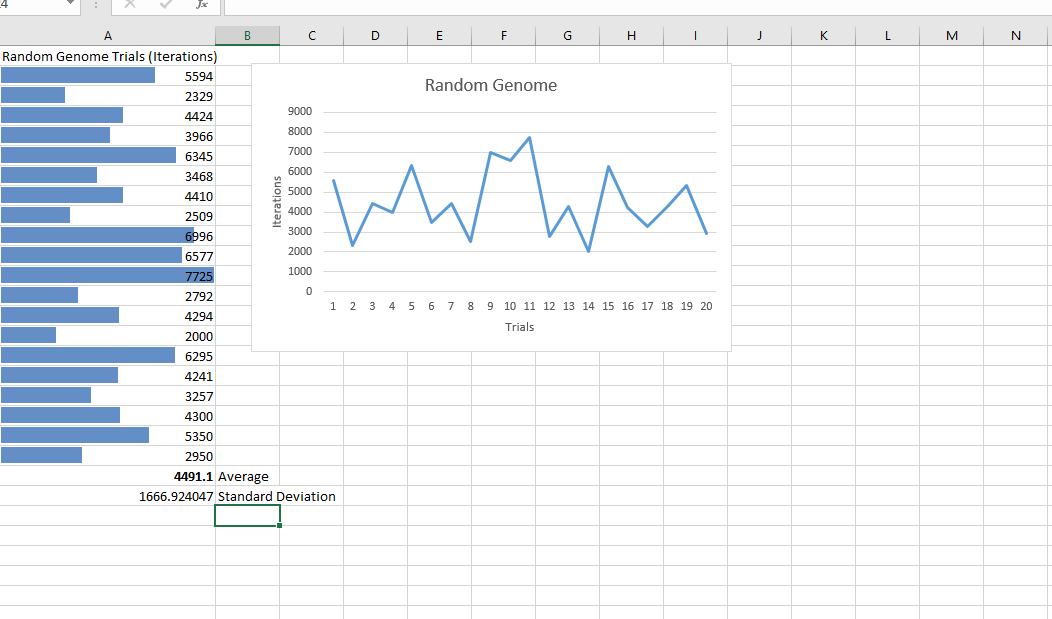 As one might expect from using random settings for the robots, the results are fairly random. A few observations are in order however regarding some patterns I noticed while running this trials:

Anyway, there isn't a lot I want to say about this data set yet, I am including it for completeness, and to provide a yard stick via which I can measure the more interesting approaches performance (or lack there of as the case may be).

Depending on the outcome of the of the adaption experiments, I may need to add or tweak the existing behaviors in the drones. Once I have found the "sweet" spot of simple behaviors and adaption I will add the final subumption diagram to the project.