Some things have changed a little bit since last update. I dropped the SAMD20 Xplained Pro boards for an Arduino Zero (as this is an exact match for the chip I'm using, the SAMD21). There's only a couple small differences between these two chips, but I'm a stickler for equivalent prototypes. As far as the boards themselves go, they both use the Atmel EDBG, and should work similarly. I'm going to make the Zero wiring/bootleg shield I made modular, so I can plug the Handheld or Submodule test boards into it.

I ditched my initial Submodule prototype because of the above and below reasons, so that's back down to 20% hardware complete.

I had some good luck, and my ESP8266 breakout boards JUST reach the pins on the HopeRF modules. (They're a little short, but I made up the difference.) So, rather than running a ton of wires for the prototypes, I have clean, veroboard mount, and pluggable modules now. You can see them in the pictures. A couple of the pin names even matched. I also had RP-SMA Launch connectors laying around that fit my veroboard. So, I can use the antenna I intended to use, and perform some other experiments. I expect that the initial prototypes will have awful RF performance because of the breadboard/connectors/hand wired antenna connector, but they're only serving as PoC, so no worries.

I'm almost done wiring up the Gateway prototype, 90% of the way. You might notice something important is missing. The ATAES132? Yeah. I overnighted a batch from Digikey, so they should be arriving tomorrow. Once I get that on, I can write some sweet sweet Gateway code.

Way at the bottom is the progress on the Submodule test bits. Parts are soldered in place (into female headers, really), but not wired yet. I'll knock that out (hopefully) tomorrow when I have the AES chippies in hand. 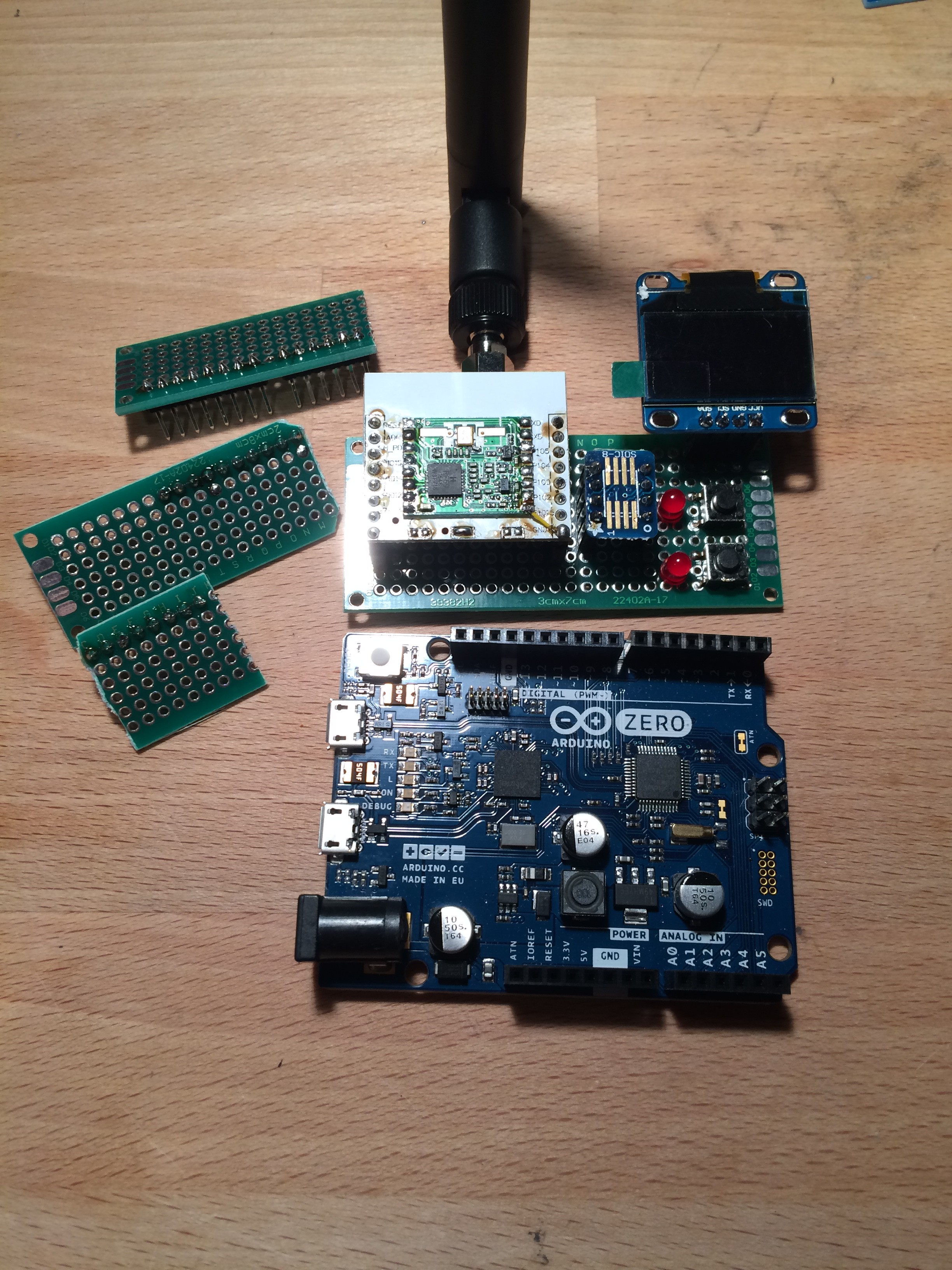