Today I uploaded the latest protocol specification. It's got a lot of the important bits laid out such as the Gateway database table layout, Packet format and specification, operational characteristics, and the transaction base for a Trusted Star network. There are some very important bits missing still, like the AES encryption details, public/private encryption details, and sync secret details. These will be added in the coming weeks, as I have more time to dive into the implementation details. I've got these planned out, but would rather keep them out of the specification until I've completed a thorough second pass. I'm also working on transaction flowcharts, which will be included in the next protocol specification.

I included the license for the Protocol (and entire project, really) in the Protocol Specification document. Yay, MIT License! The entire project will be open source. Board designs, protocol, code, etc. It going to be lots of fun.

Attached is a small diagram for a Star network. There's not much to it, but it's a helpful, if simple, visualization of how a Laura network would be physically setup in Star mode. 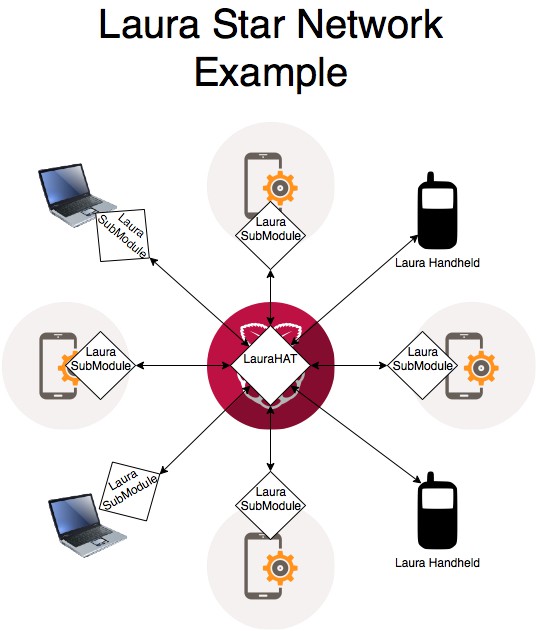