For Robotics for Control

A mini-sized robot for investigation in robotics and control systems 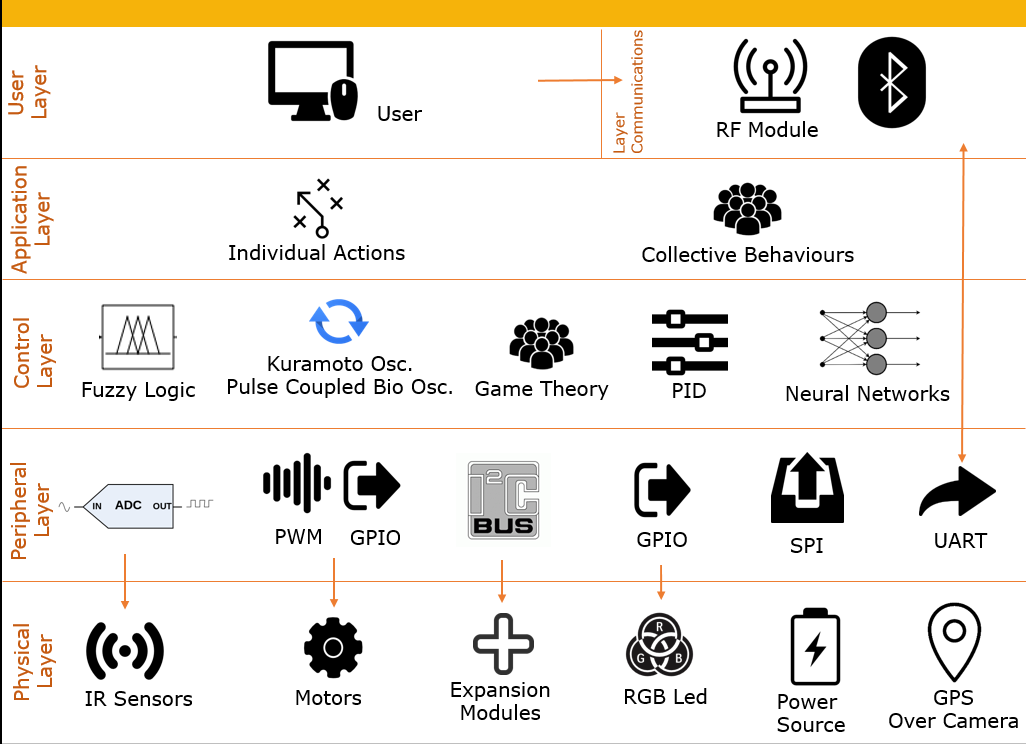 The general design is presented using layers: The bottom layer supports the physical components, which compose the robot: Motors, IR sensors, expansion socket and modules, Rgb Led, Lipo Battery, Lipo charger, and global positioning system using an overhead camera. The peripheral layer is powered by the ATmega168A microcontroller, it allows to manage and drive all the physical components Above, the control layer performs the necessary actions to drive the robot in a safe way in their environment and complete tasks. The application layer describes the individual and collective actions that emerges when the robot, or the group of robots are operating. Finally the top layer, allows user trought the communication layer, debug, run, start/stop, and programming the robots. 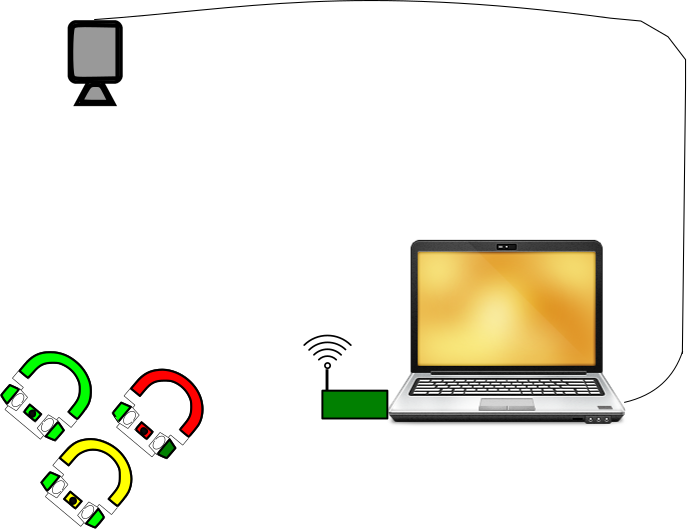 The complete hardware, is described in the previous picture. It is compound by: robots, computer, web-cam and controller board (the green one attached to computer). In the computer the user can write codes to program the robots (using AVR-Studio), also it runs the "Central controller" software that allows both send commands to robots, and process the web-cam information to global positioning system. The "Central controller" software is compatible with any web-cam with a minimum resolution (340x480 and 30 fps). The computer application communicates via USB with a Central Controller board designed to send user commands to robots wirelessly. The "Central controller board", has an AT90USB162 microcontroller that receives USB data from computer and send to the robots using the module NRF24L01, it also allows wire programming via (AVR-ISP). 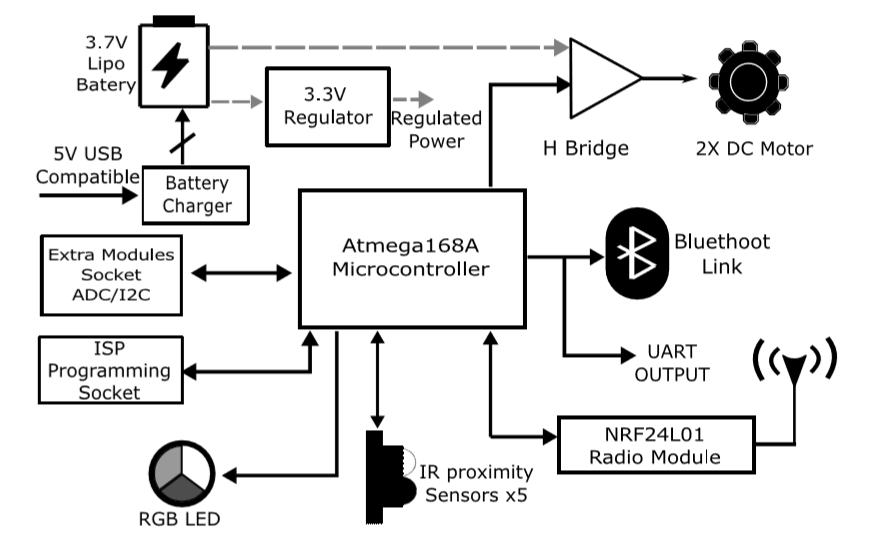 The robot system is described in the block diagram above. The main parts are:

The Lipo charger board is USB (5V) compatible, it allows to charge a single cell Lipo battery, using the IC MCP73833. It recommendable to use a GP connector between battery and board (take care about polarity !!). The design and fabrication files are available Here 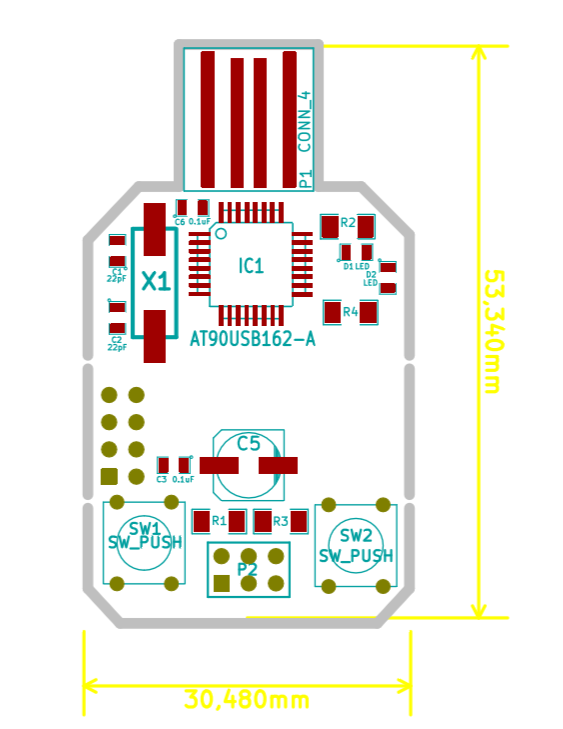 The Central controller board is also USB (5V) compatible. It has two functions:

This board has one ISP connector, a USB port, and two buttons: left one is the reset button and rigth one is the ~HW button that allows enter lo the Fip-mode.

The software developed is divided in three parts. The first one is the robot firmware, that allows drive the motors, read the sensor, and implement controllers. Second one is the "central controller board" firmware and drivers. Finally the user interface to send start/stop commands to the robots and processing overhead camera images.

The Robot Sketch is a basic template write in C code that shown the basic functionalities of the robot. It also provides all ( Here ) the libraries to drive the complete set of the robot peripherals, read the entire sensors set, and also apply controllers to perform different tasks. Read the documentation inside the code. For work over this sketch you are going to need the avr studio IDE.

As it was explained in the previous sections the central controller board can be used as a programmer using AVRISP-mkII. In the Programmer folder you could find AVRISP.hex and the Flip Installer - 3.4.7.112.exe. Enter in the Flip-mode and the load the AVRISP.hex file. Then you could use the programmer as AVR-ISPmkII programmer.

In the folder "programmer", the ATMEL-STUDIO project "USB NRF24L01" is the firmware to communicate the Java user interface over USB protocol, with the robots, wirelessly via NRF24L01 module.

In the folder CentralControllerSW you could find the open CV installer and the JAVA-USB utility. Also the Java project "Central Controller" to communicate the user with the robots and camera via Java program interface. You could use Eclipse-IDE to modify and launch this code.