I am working on a project to fly a THz Spectrometer on a drone. This will enable spot measurements of important atmospheric molecules.

Yesterday I went to Cheetah Logistics in Westlake Village to try and fit the THz spectrometer on one of their DJI-S1000 and much to everyone's surprise it fit perfectly!!! 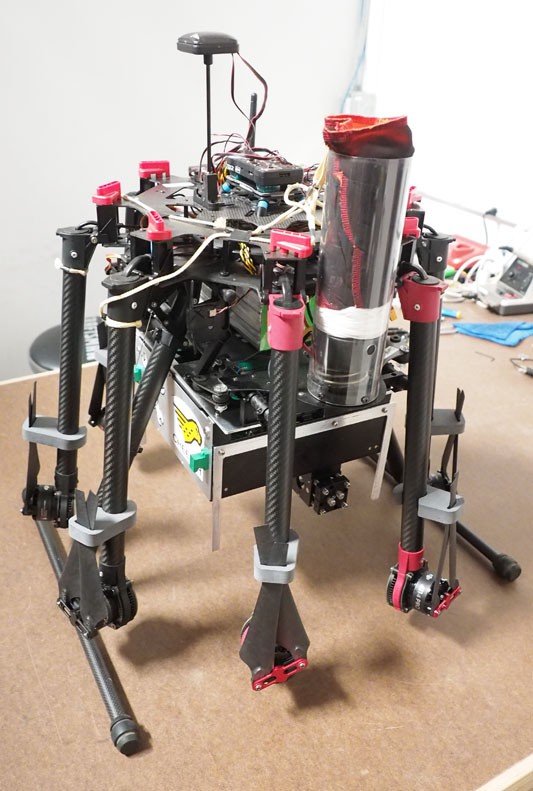 Even with the landing gear down it cleared! Even with the THz spectrometer attached it can be put into the standard traveling case. Given that the adapting plates were developed off of a picture of the mounting points with a ruler laid next to them made it somewhat astounding. And the center of mass seems to be aligned very, very well. The parachute on the DJI-S1000 seems to cause more of an off balance situation (but we are not getting rid of it). And the unit is low enough such that the landing gear just clears the enclosure (talking a millimeter here). It is fairly impressive with the arms out. 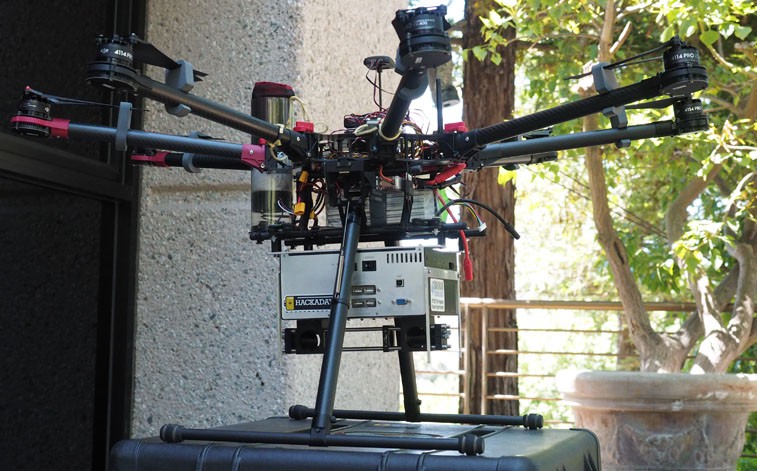 So what is next? We are going to do more work with the spectrometer and get it running and start taking some data to see how long it will operate with the new, smaller battery. We could run the system from the battery on the drone, but for now, we will continue to employ the internal battery.