The design for the 7-segment encoders is trivial: they're just diode ROMs. So, of course, it took me three spins of the board to get it right! 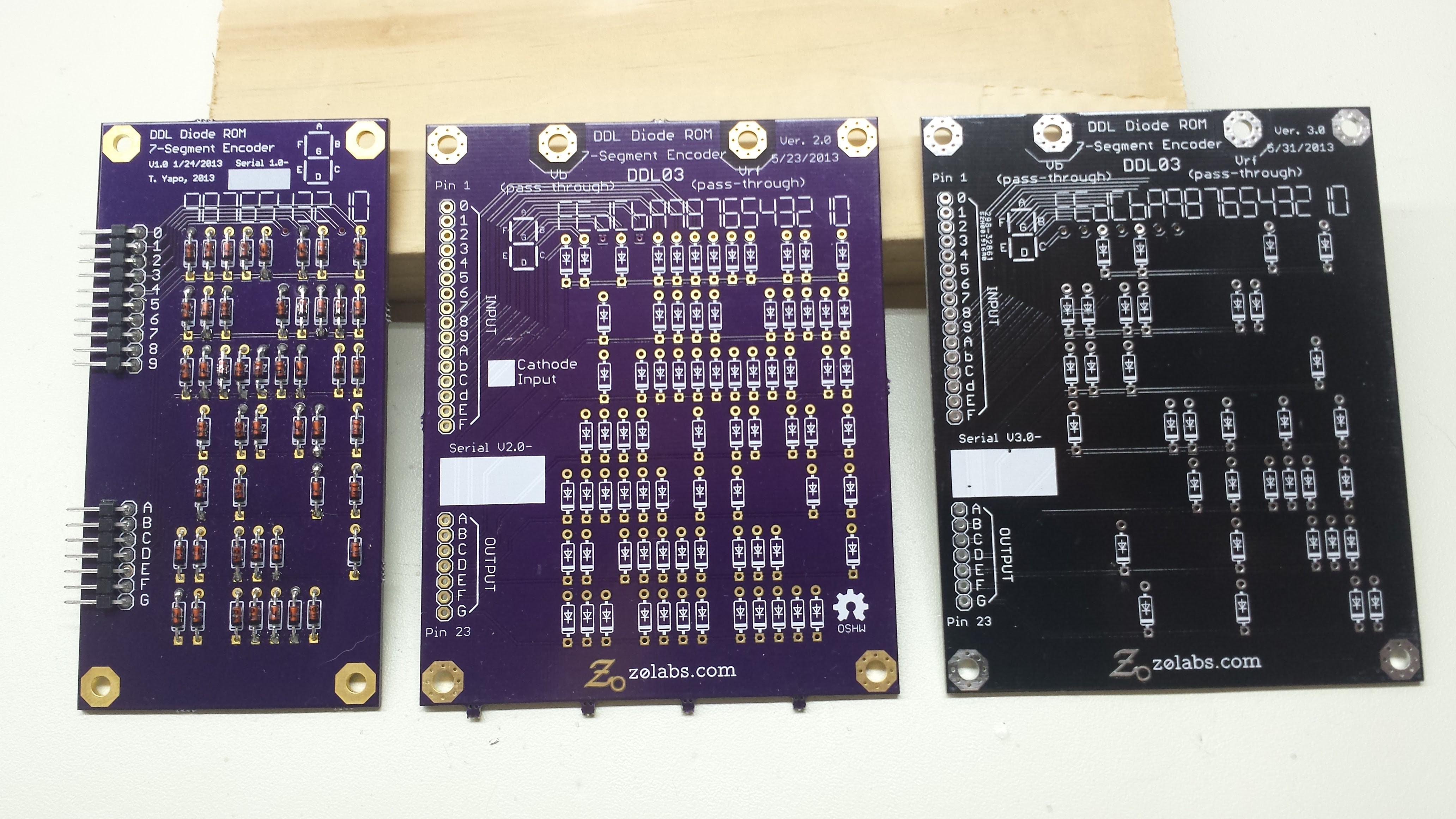 On the far left is the DDL 1.x encoder board, designed for numerals 0-9 only. In that design, the segment drivers were to be non-inverting, so a diode was required in the matrix for every lit segment. In the middle was the first spin of the encoder for DDL 2.x. Since I had extra room on the new DDL board size, I added AbCdEF to the matrix, so hexadecimal could be displayed. It's not used on the clock, but it would be perfect for the display on a simple computer. While those boards were being fabbed, I re-designed the segment drivers to use inverting logic - now a diode is required for each segment that is off. Another spin. Conveniently, the final version uses far fewer diodes. I had never realized the disparity between the number of on and off segments on a display before. There's probably something deep about the information efficiency of 7-segment displays in there somewhere. But I can't find it.

If you need a place to park 34 diodes, you can:

Next up: the power supply. Fast, powerful MOSFETs.

Daaaamn I can't add individual pages to a list....
https://hackaday.io/list/116456-hexadecimal-displays

So I also keep reinventing the wheel ;-)

But yeah, I cheated, I used integrated transistors ;-)

Diodes are so much easier: there's only two ways they can go in - if  it doesn't work, just flip it around.  With transistors, you've got *six* ways to try!  I don't have time for *that* kind of nonsense :-)

I found an online copy of the book where I first saw diode ROMs in the early 1980s:

I also remember seeing an old encoder from the 1960s that used lamps and CdS photocells - one lamp per input, with a coupled photocell for each lit segment - maybe it was for numatron tubes?  Of course, now I can't find anything about it.  Darn internet.