Experiments to turn a 'GameTrak' controller into an expressive midi controller for live shows.

Yesterday we had a lot of problems with running the Ed-2000 as fast as possible and together with the Ed-Chuck. MaxMSP kept crashing!

This morning, I simply cut out the Arduino Pro Mini with FTDI serial adapter and replaced it (a bit hacky) with another Arduino Uno I had laying around; and wow! No delay, no crashes, it just worked!

So; MaxMSP doesn't like an 8 years old FTDI serial adapter and prefers a newer Arduino Uno... Something to keep in mind next time :) 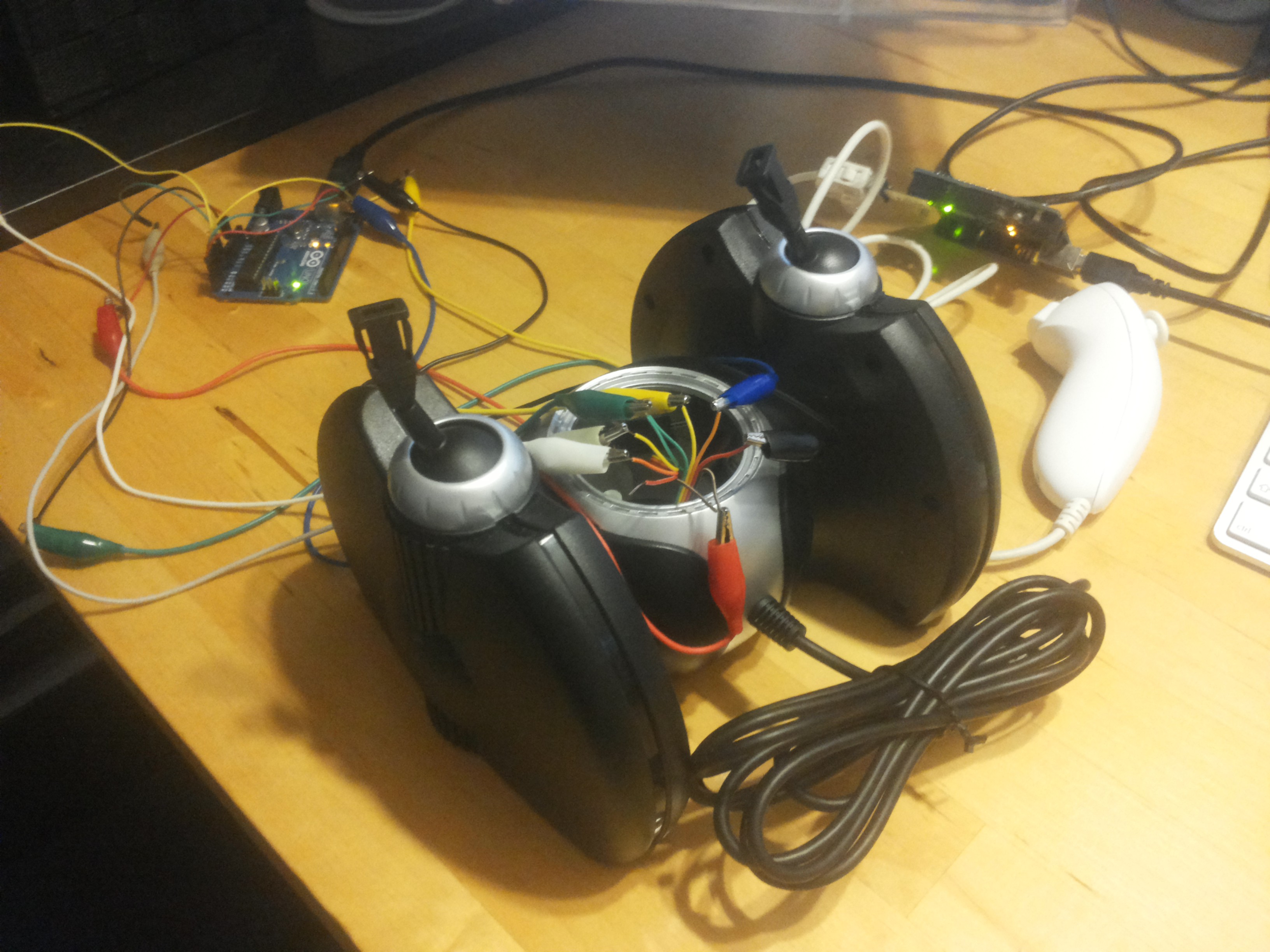 I also updated the examples/components in Max; they now display the movement of the joysticks without a noticeable delay! Nice!

The Ed-Chuck and Ed-2000 can be used as an Object in Max, with 4 / 6 outputs. We scale them to 0. -> 1. because the 'nodes' module works with these values. The colourful dots represent 'zones' that you can select, the ' > 0.1 ' triggers when the pointer enters the dot. (Play around with it a bit if you don't get what this patch does). 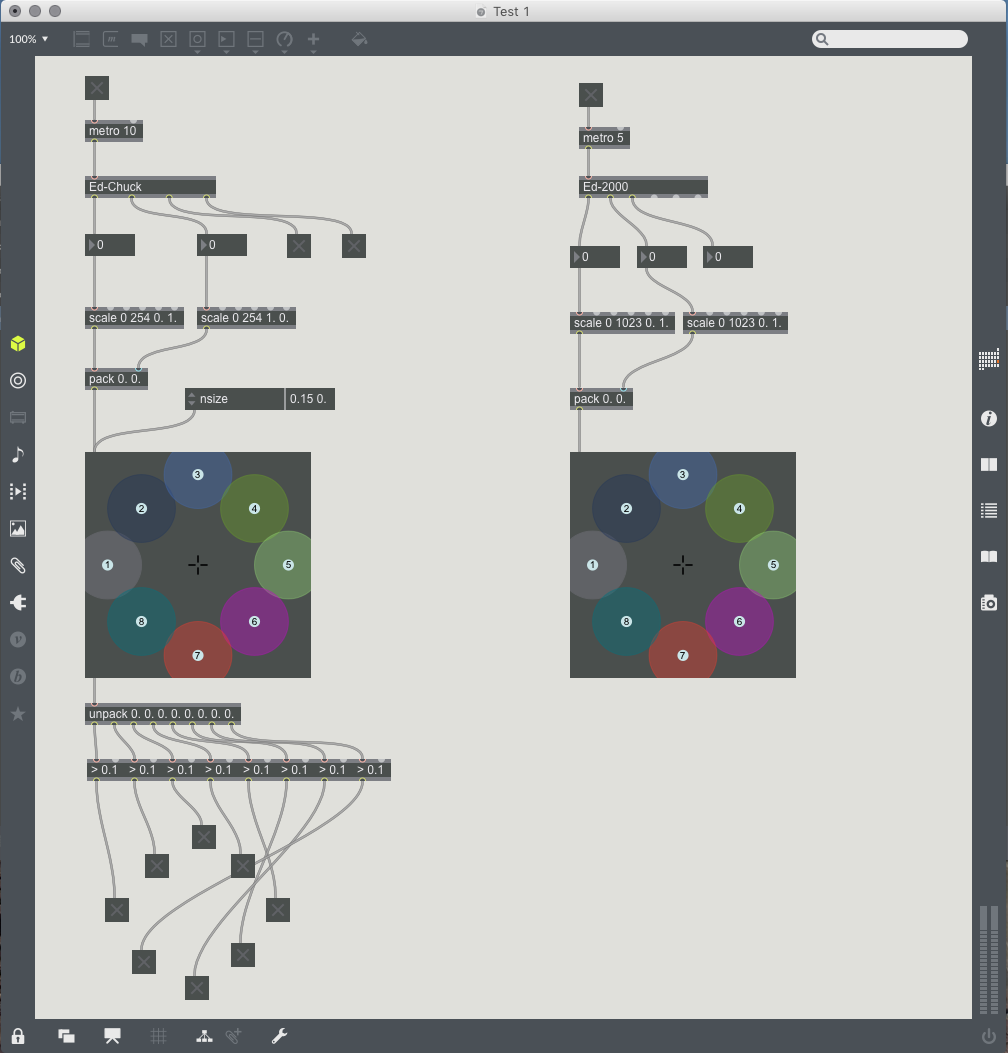 The Ed-2000 simply reads the serial, waits for endlines (Serial.println) and groups the values to convert and package so it can be unpacked in 6 different values. An important change is the 'change'; this filters out the repeating values we get from the Arduino. 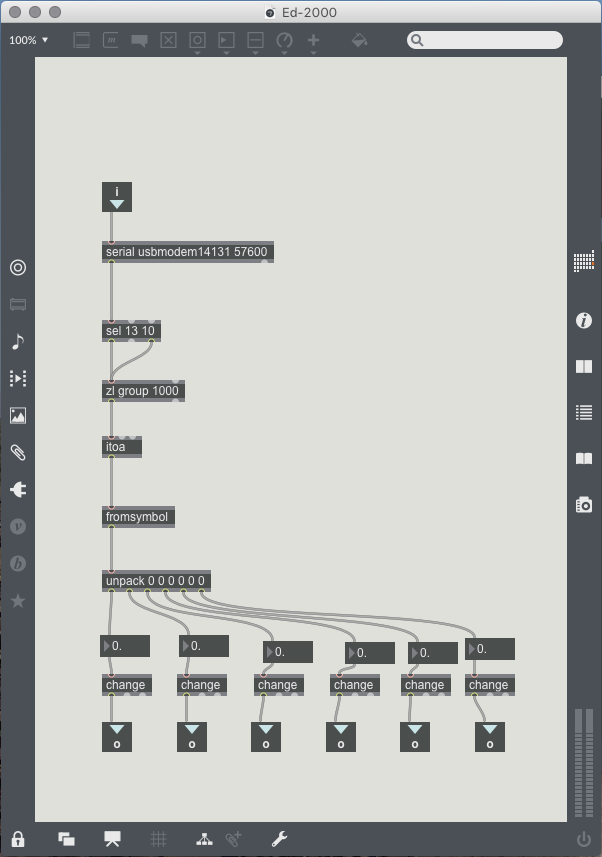 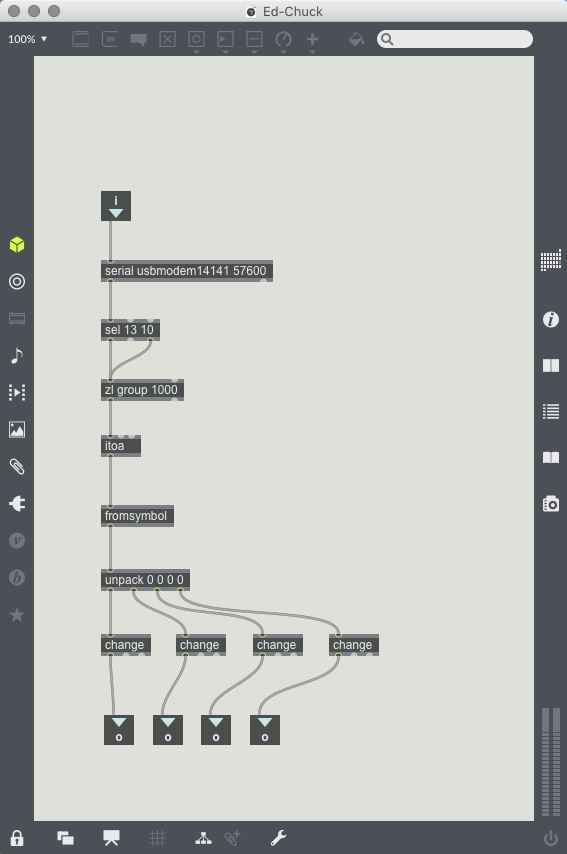 Next update next week... hopefully :)