A project log for PIXPUTER - computer on PIC17 microprocessor

As you probably know already I like to build computers from unusual things ;)

I wanted to design and build computer on PIC17 microcontroller since may be 2006 and when I found Circuit Cellar article from November 2000 about PIC17C44-computer with ROM, RAM and RS232 I finally decided to do that and WizNet contest became perfect opportunity for that. So along with ROM and RAM I added "smart" address decoder on PAL 16V8 programmable logic, RTC, optoisolated inputs, couple relays and Ethernet module WIZ810MJ (with W5100 chip on it with 4 hardwired sockets and 2x8KB memory buffers) to build I/O-board with remote control by HTTP from any browser. I didn't win the contest, but got "Distinctive Excellence" diploma and $100 from Circuit Cellar for the rights to use this board in the magazine (as I know my little article was never published, but still). WizNet brought this board to some exhibition in California and presented me a gift in form of 1GB USB flash-drive that broke a few months after that ;) 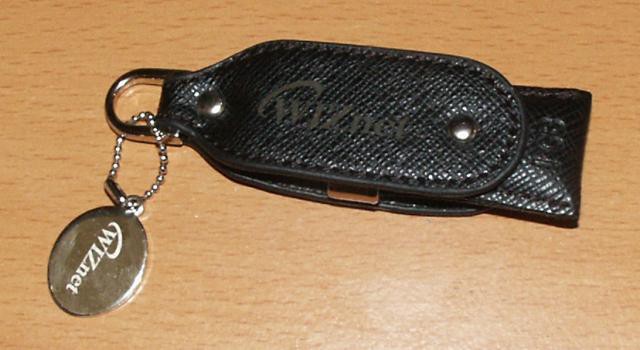 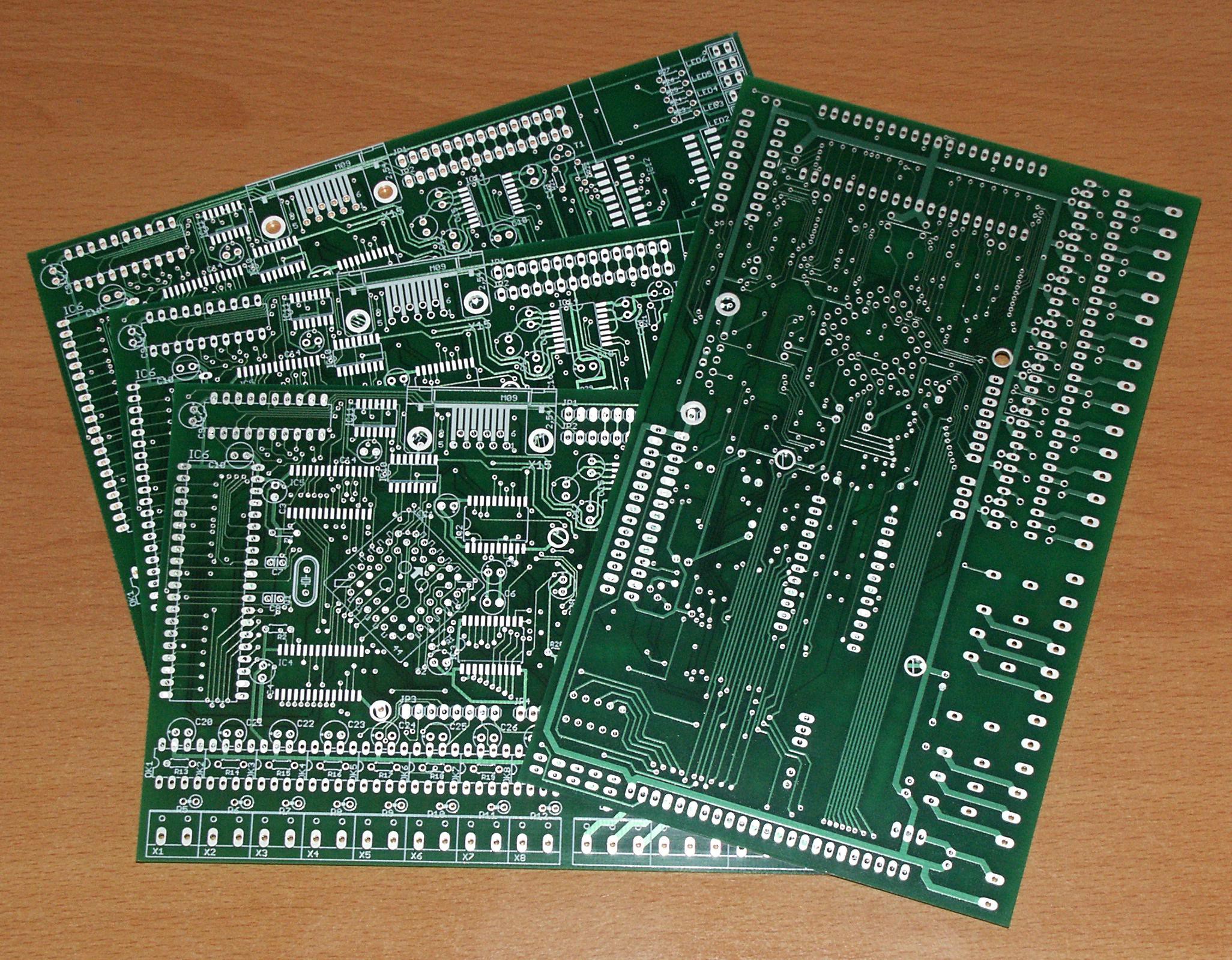 But they have 2 errors (crystal instead of oscillator that is required for unprogrammed PIC17 and lack of reset circuit for W5100 as described in IO_Board.pdf), so in 2016 I finally re-ordered v1.1 of the board in China with fixed errors and colored in RED (now I paid only $18 per board): 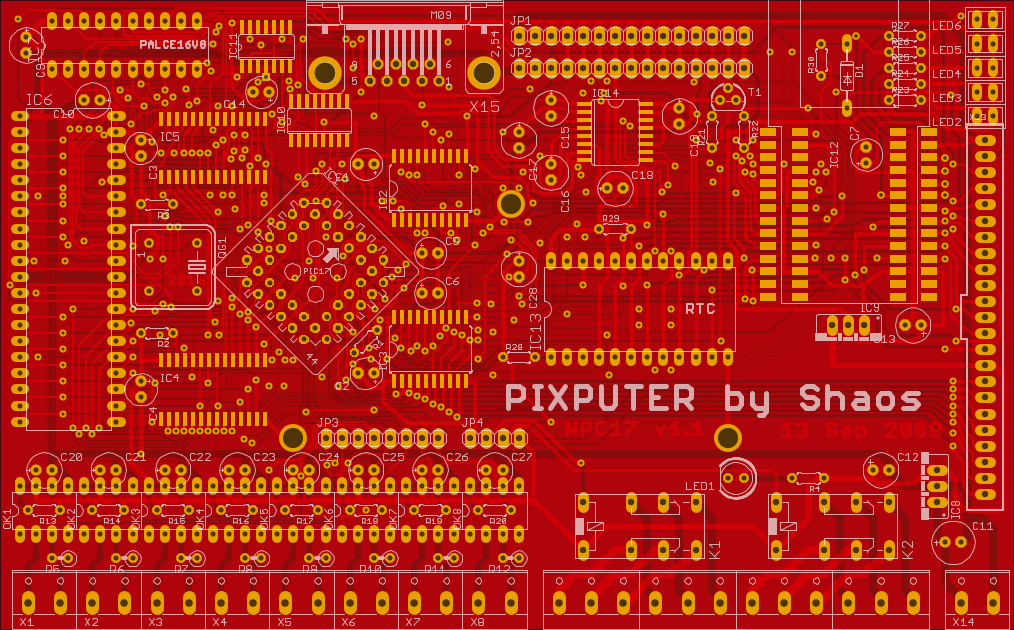 On the right side you can see extension bus that could be used to connect other things as memory extension, game cartridge, videocard and floppy controller...

Schematics of v1.1 with fixed errors: 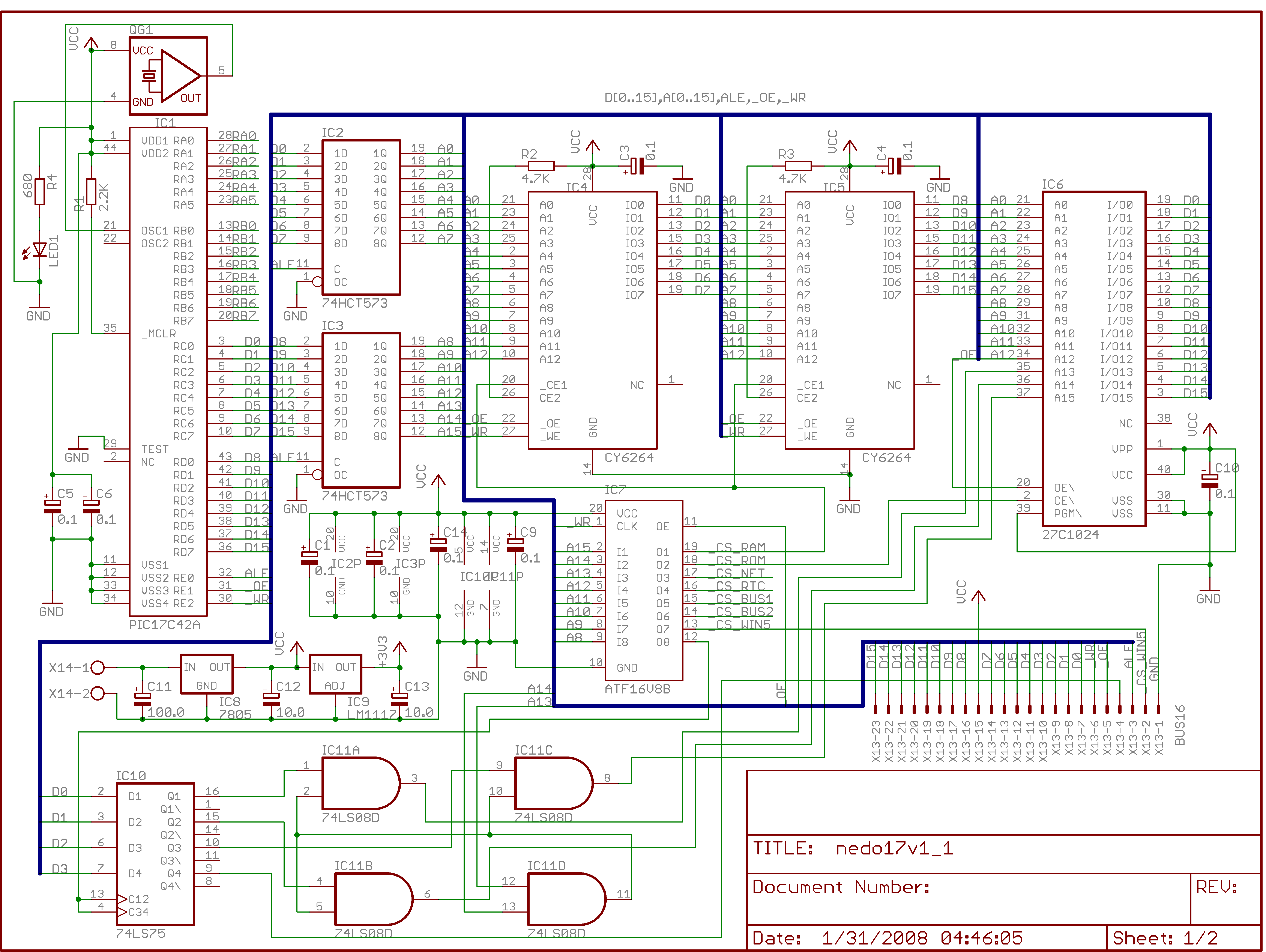 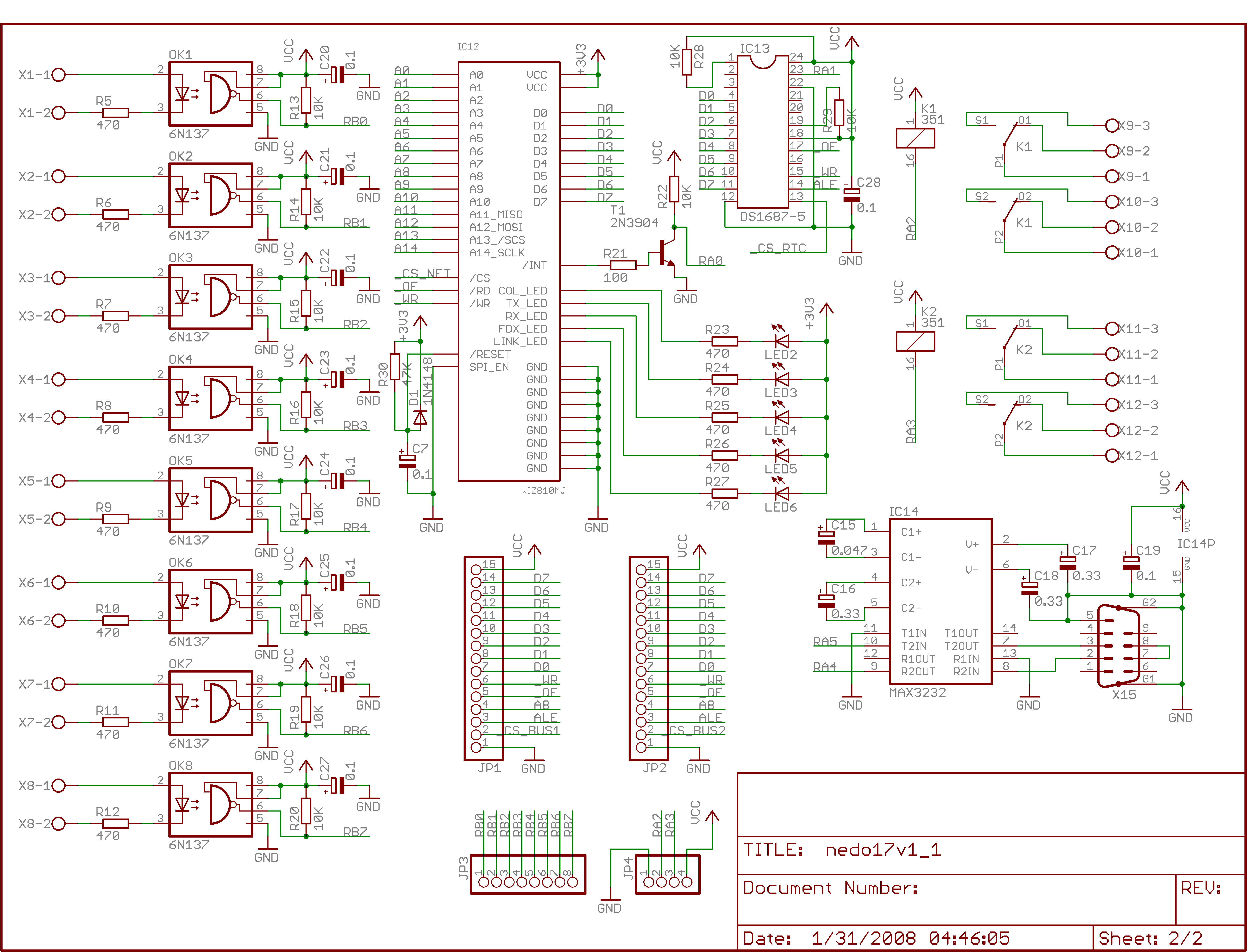 Don't you know, whether the original circuit cellar article about PIC17C available - somewhere - to take look at?