I didn't document as I was trying stuff out, so these first few entries are a recap of what I've done so far. Hopefully that's ok with the hackadayprize2016 rules :)

I was originally going to mount some APA102 all white addressable leds to some aluminum in a triangle to create the 360 degrees of light I wanted. 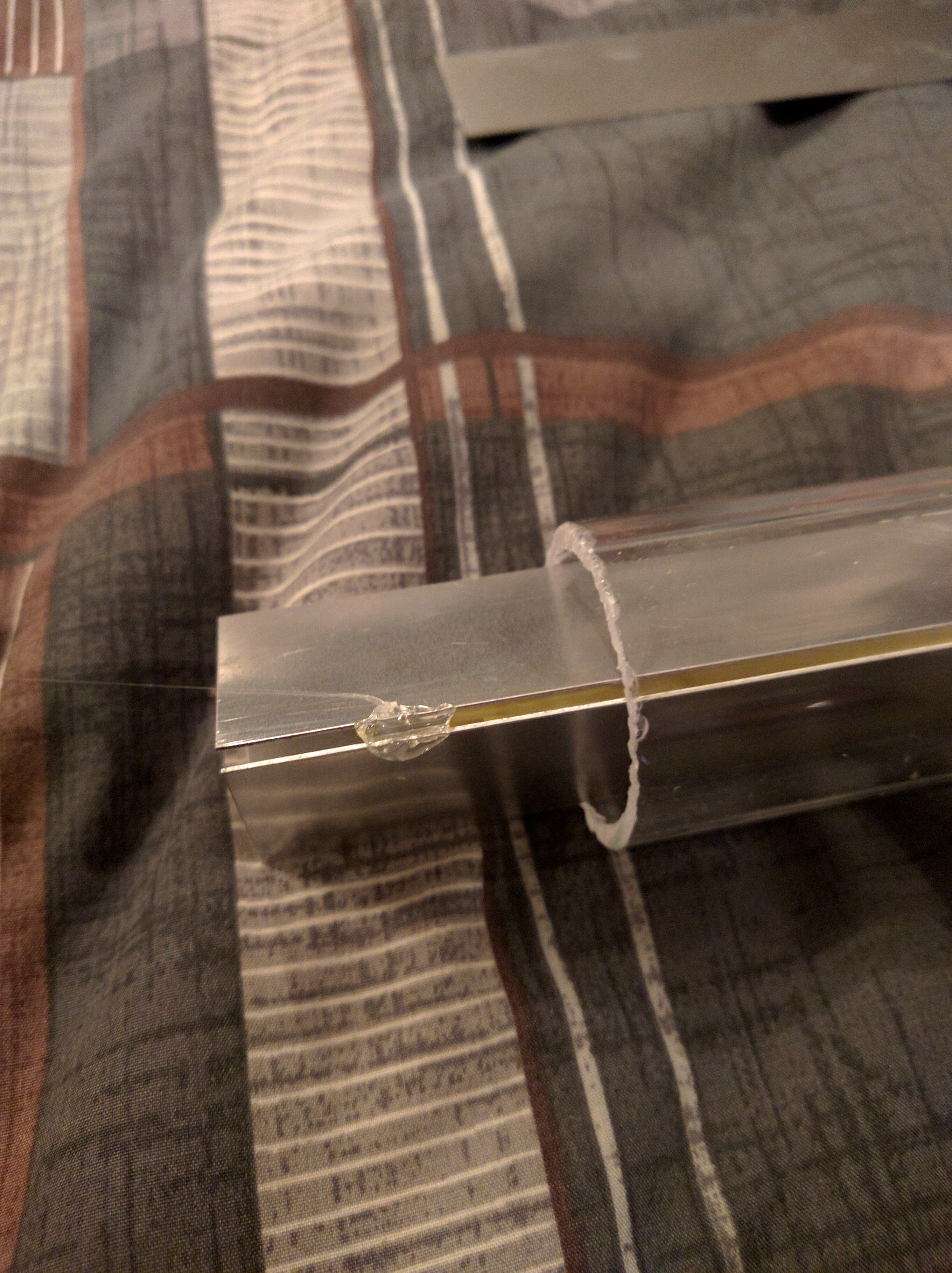 However, the aluminum touched the very edge of the tube so it wouldn't give perfectly even light all around. I also ran into some trouble programming the APA leds and put the project on hold for a while after this.

This original design also used a buck regulator for each section that I got off ebay which were then mounted to the 0.025" thick aluminum strips: 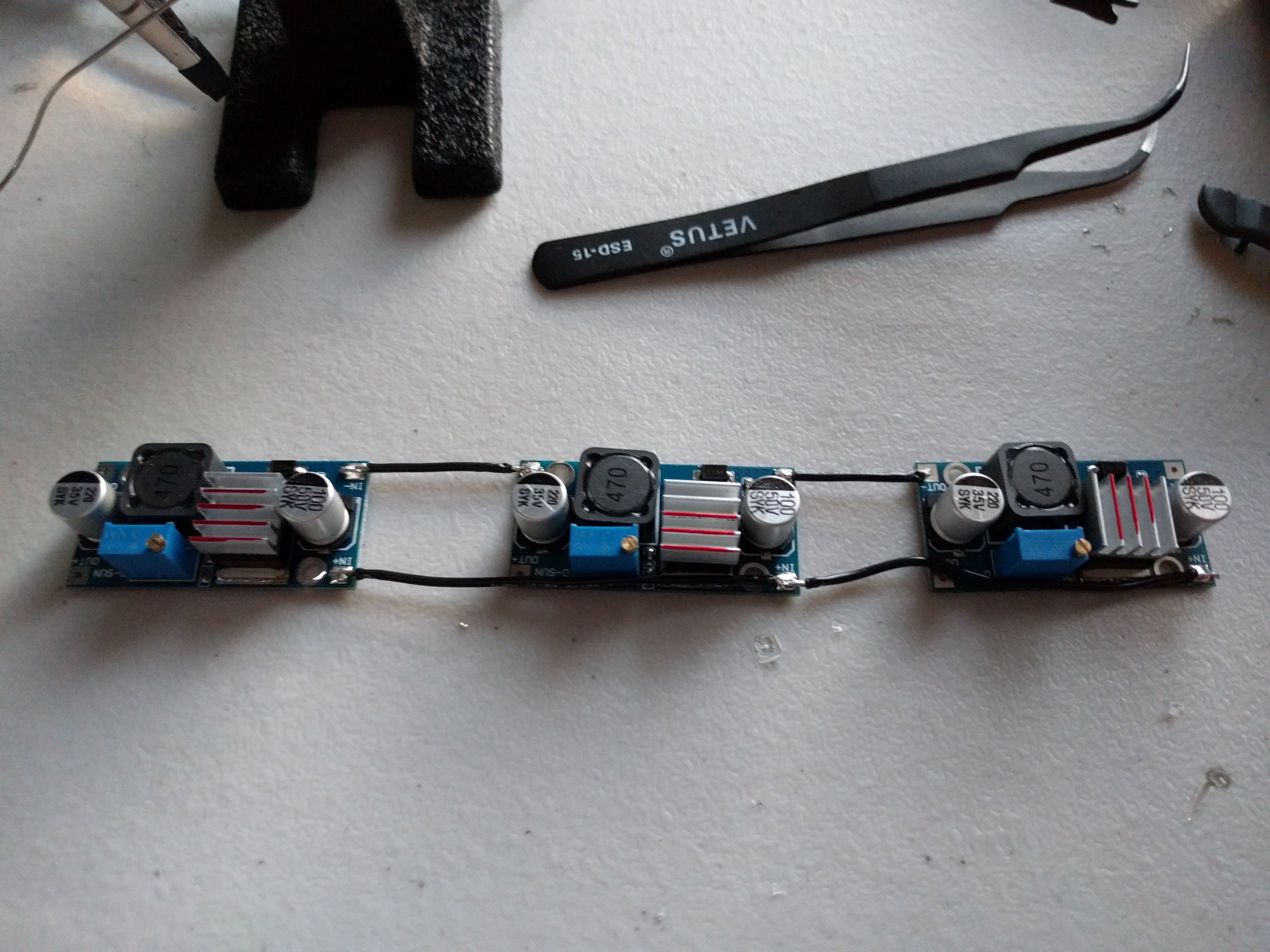 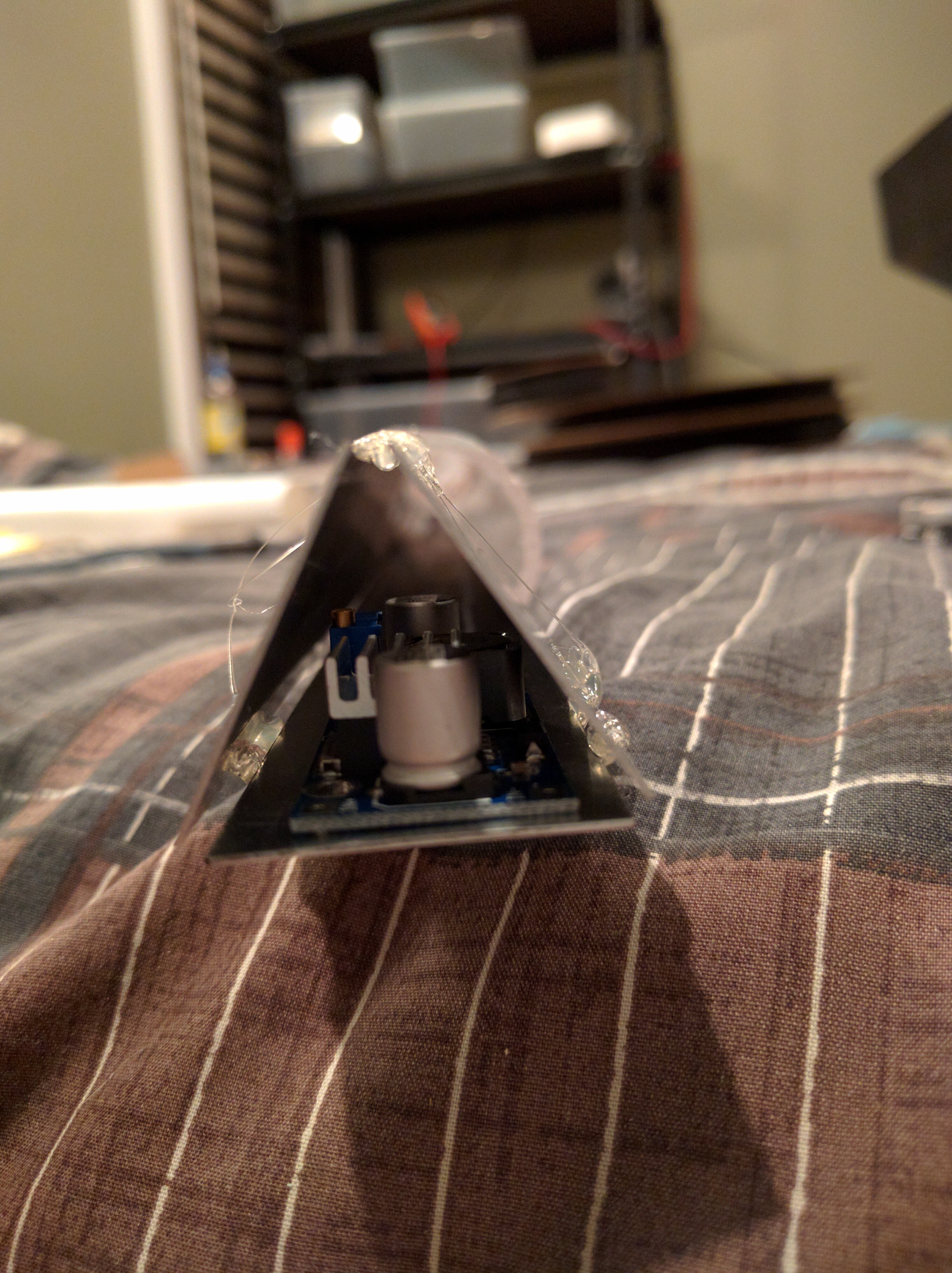 ^ that was just a dry fit, I later mounted the boards with electrically insulating, thermally conductive double sided tape to try and distribute the heat away from the boards.