Intervalometer for DSLR cameras based on Atmega328p and PCD8544 LCD display

The software is written in C and compiled with avr-gcc.

The software is divided into 6 logical modules: 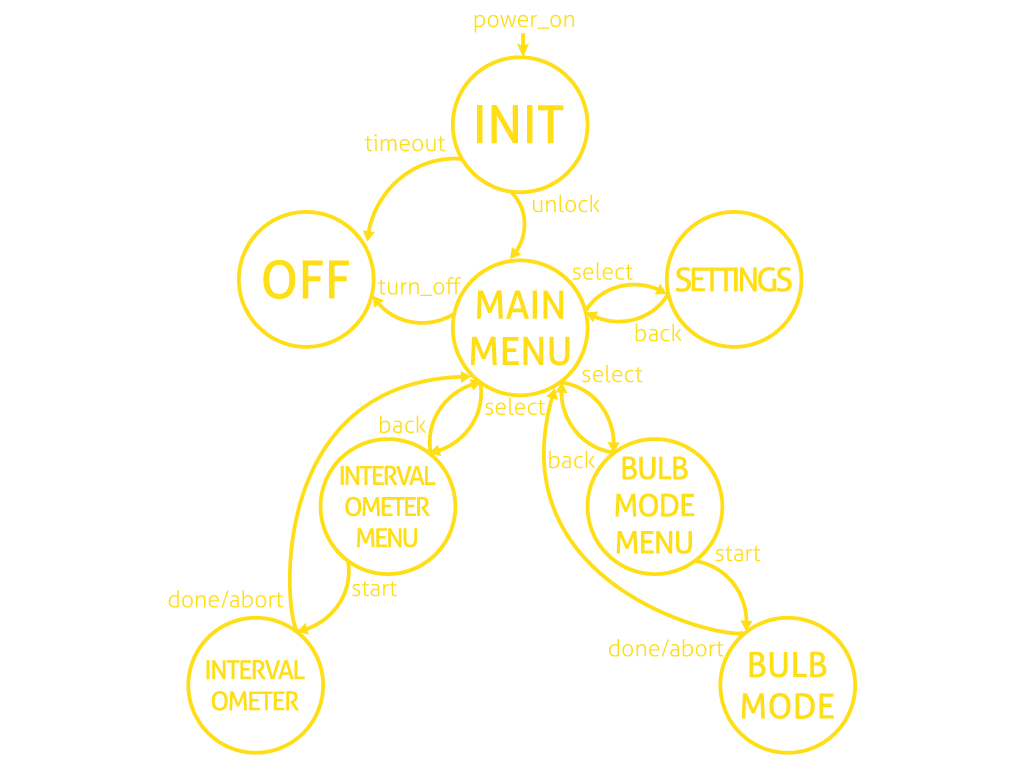 Initializes Timer1 and provides an interrupt based delay function.

Functions are used to control the backlight (initialize and update).

Most of the LCD related stuff is separated from the main source. This source code is independent from the main project. It represents the pcd8544 LCD driver, it is reusable code for other projects. The driver provides the API to initialize, control, and print text on the LCD.

The following project related functions are in the dintervalometer.c file:

Most DSLR and SLR cameras can be triggered remotely using a release cable. The standard solution consists of three wires: ground, focus and shutter. To focus the camera the focus wire has to be connected to the ground. To release the camera both wires have to be connected to the ground. Dintervalometer is tested with Canon EOS 700D. It has a jack plug for remote shutter. It's a DIY friendly stereo (3 pole) 2.5 mm jack plug.

To increase the efficiency of backlight the LEDs are rotated 90 degrees. The top of the LEDs is on the side of the piece of transparent plastic. It was tricky to solder the LEDs on that way, but it is working well now :)

The following materials are needed for the backlight: 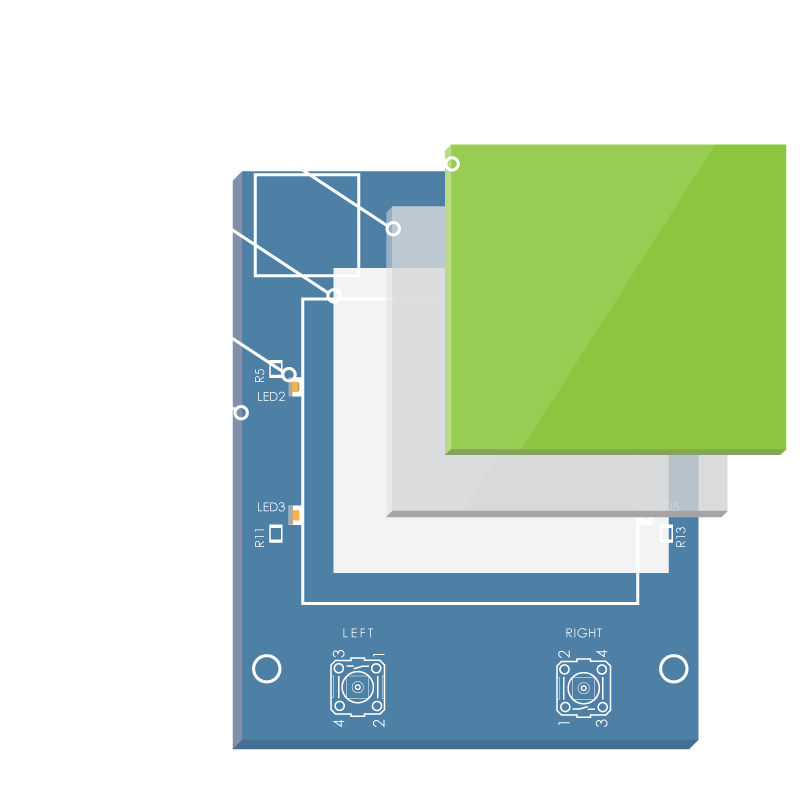 The first layer of the backlight is a sheet of white paper. The main function of it is to reflect the light of the LEDs. Then it comes the piece of transparent plastic. The top of the plastic is sanded with a fine sandpaper to diffuse the light....

Do you plan to release this as a kit on Tindie?