These LEDs are too blue...

So, in the quest for the Goldilocks LED, I decided to measure the spectrum of the two Chanzon 3W LEDs most likely to be the best for nighttime visual markers: cyan and green. My first impressions of the cyan LED was that it was significantly more blue (shorter wavelength) than other "cyan" LEDs I have seen. To get to the bottom of the issue, I dusted off my Project STAR spectrometer I bought years ago and coupled it to a webcam: 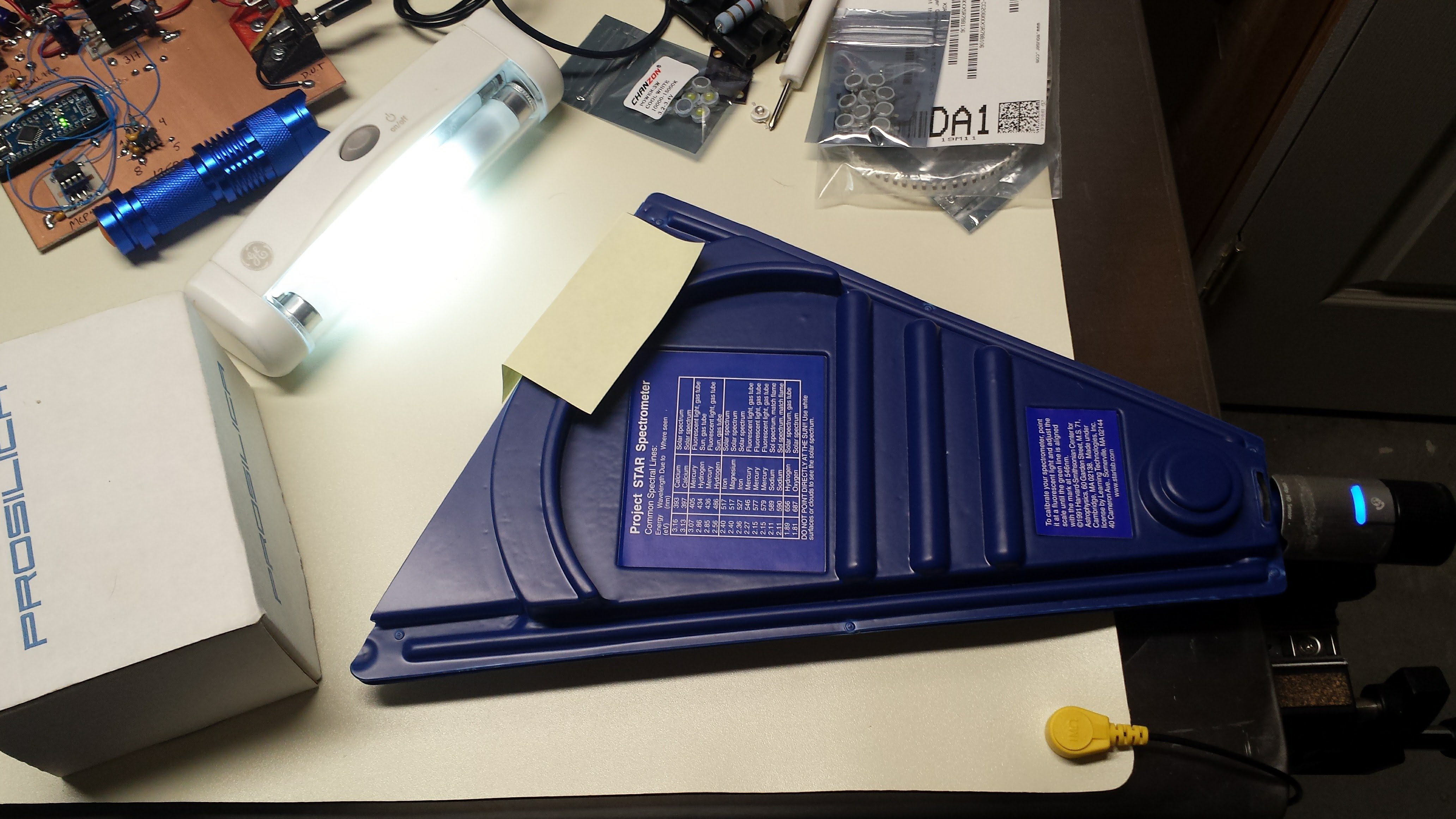 Also shown is the fluorescent tube I used for calibration, producing the following image:

Calibration for this spectrometer consists of sliding the transparent plastic scale to line up the bright mercury emission line at 546.6nm with the calibration mark. Additionally, you can see that the other strong lines end up where they belong.

Here's the spectrum for the cyan LED:

It shows a peak around 495 nm. The "specifications" for this LED state between 490 and 505 nm (no binning; you get the luck of the draw), the latter being almost ideally aligned with the dark-adapted eye sensitivity curve. I was hopeful that these numbers represented the spectrum at high current, accounting for the blue-shift seen in InGaN LEDs, so that at lower currents, they would emit longer wavelengths. Even so, this LED is still the best of the bunch for visibility in the dark.

Here's the spectrum from the green LED:

The peak here is around 520 or 525 nm, which as discussed before represents a good trade-off between day and night vision sensitivities.