I wanted to experiment with some new LEDs, and decided that making new PCBs was the shortest path to victory, so I created 3 new editions of the V2.2 PCBs this morning.  The first uses the Luxeon Z LED from V1.x.  I mostly created this version because I have a small stock of these LEDs who keep complaining that I never used them.  Interestingly, all three LED packages I added today are smaller than the Chanzon package, and would allow a PCB shrink, but I kept everything else on the board the same for compatibility with existing programmers and cases.  I think V3 will be smaller. 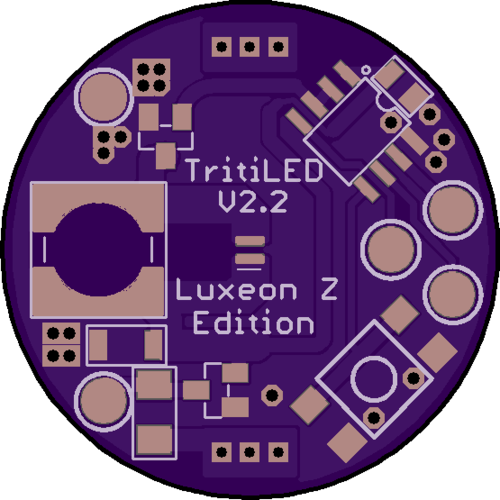 I also created a Luxeon C version.  The "C" LEDs claim a much higher lm/W rating than the "Z" for some reason, so I am exited to try them.  I have some cyan, green, and "lime" ( a phosphor-based green ) versions on order.  If I had an integrating sphere and calibrated spectrometer handy, I could compare LEDs in a more principled way.  As it stands, the best instruments I have at the moment are my own eyes, and a side-by side board comparison is probably the best I can do for now. 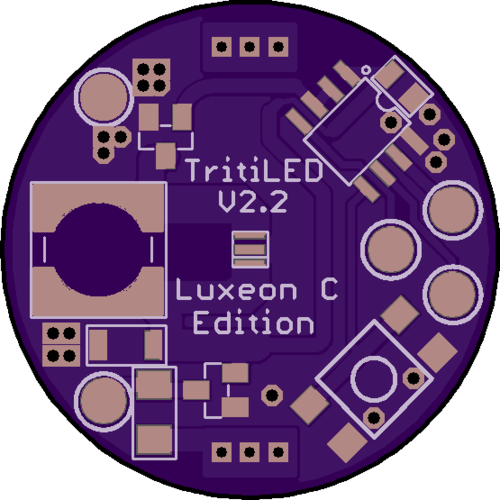 I initially dismissed phosphor-based white LEDs for this project because I'm obsessed with stimulating receptors at 505nm.  I might be off-base here: a few of my collaborators have pointed out white LEDs with outstanding (photopic) efficiencies in excess of 200 lm/W.  Of course, since lighting is driving the LED industry, white LEDs will continue to improve preferentially, while price gets driven down by competition and economies of scale. So, I'm going to try a few.

Efficient white LEDs are available in 5630 packages, so I made a board for those: 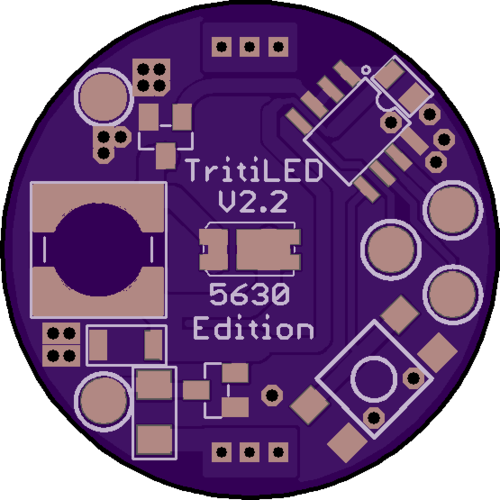 The design files and gerbers are in the GitHub repo, but I haven't shared the OSH Park links yet since I haven't tested the boards.  I may have screwed up the packages - it wouldn't be the first time. Once the boards come back and I verify they work, I'll open them up and post the links.

I also fixed the inconsistent value of C2.  In some places it was 1uF; in others 100nF.  Either value will work fine: I finally made them all 100nF.  I think.

I added a Cree XP-E(2) edition in the GitHub repo.  This will accept the original XP-E series LEDs, or the improved XP-E2 versions.  The XP-E2 green claims 113 lm/W at 525 nm, and these LEDs are available in a variety of colors (no cyan, though).  I'm guessing that at 525 nm, it achieves a nice balance for either photopic or scoptoic vision.  I'm also going to try a phosphor-white version. 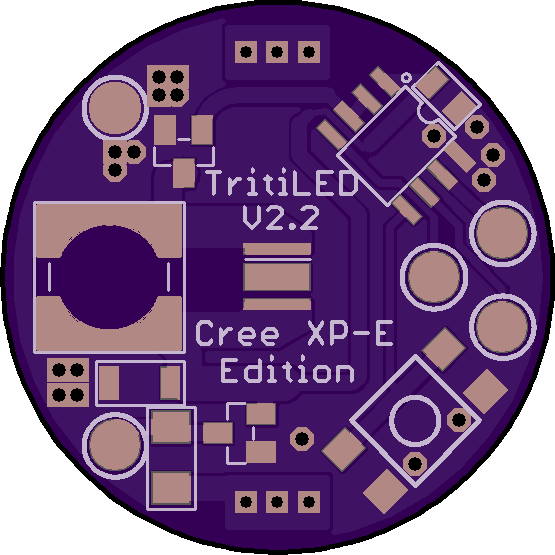 Again, once I test the board out, I'll share the PCBs on OSH Park.  I know the footprint is OK on this one since I've made other boards with XP-E LEDs on them.  On a test board, this LED looks a little brighter than the Chanzon green, and has better viewing angles.  The only issue is that the lower profile of this small LED means the inductor (and other parts on the board) block low-angle visibility for certain directions.  Something to think about.

A Quick One: Tapped Inductors