You occasionally see some questions about whether it's possible to hand-solder SMT parts in QFN packages. This usually refers to mounting them on a PCB. In my case, I didn't feel like waiting for PCBs to come back to start testing the MLX90393 on a smaller scanning head, so I soldered wires directly to the part.

I held the 3x3mm part down with a piece of upside-down Kapton tape, then used masking tape to hold lengths of 30 gauge kynar-insulated wire-wrap wire on the pads. The wire is almost a perfect fit for the 0.5mm pitch. A pair of tweezers under the 10x (and occasionally 30x) inspection microscope allowed for fine positioning of the wires: 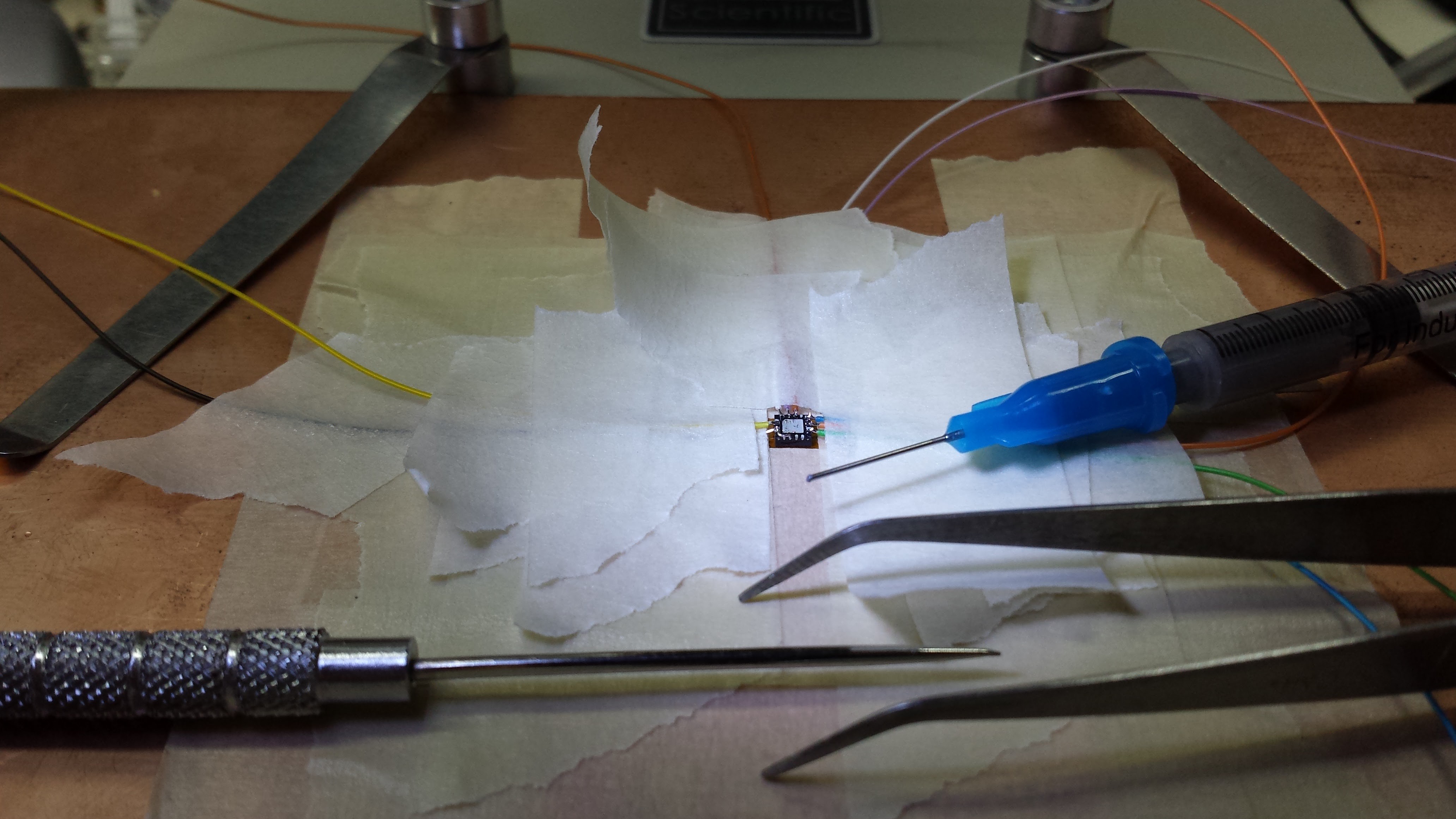 To solder the wires, I first coated them in a blob of solder paste using a 25-gauge needle on a 1cc syringe, which allows for much finer application than the larger syringes: 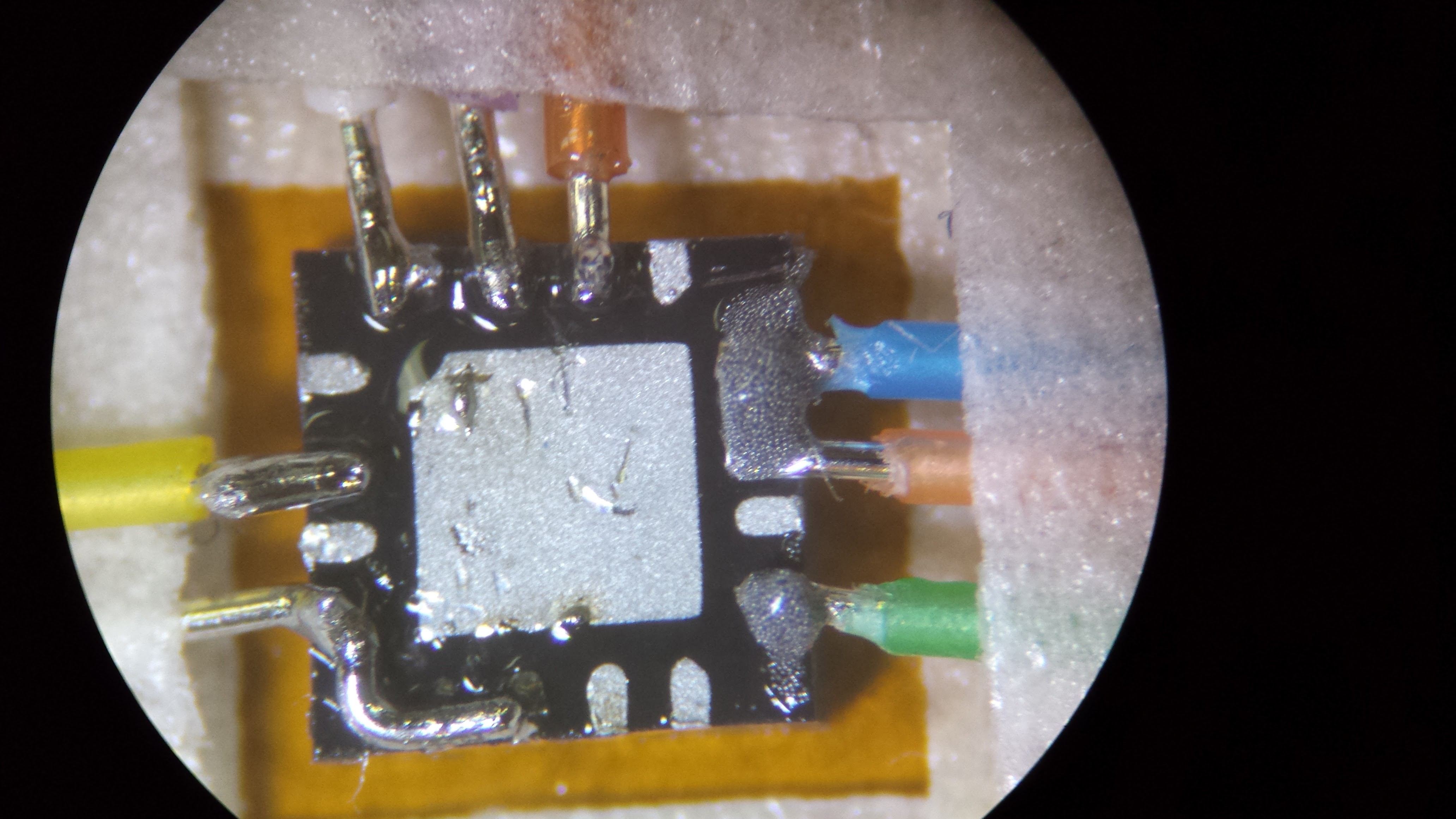 You can see the individual particles of solder in the paste. I then held the (very large) soldering iron tip near the paste until it melted. A gentle tug on each wire with tweezers ensured that it was really connected.

This is the second part I've done this way. The first assembly was broken twice, the second time proving fatal. The first mishap occurred while stripping the loose ends of the wires after soldering. The stripper produced too much "pull" on the wire, and tore it off the part. For the second version, I stripped both ends of the wires first, printed a small cup from PLA, and potted the part and wires in epoxy: 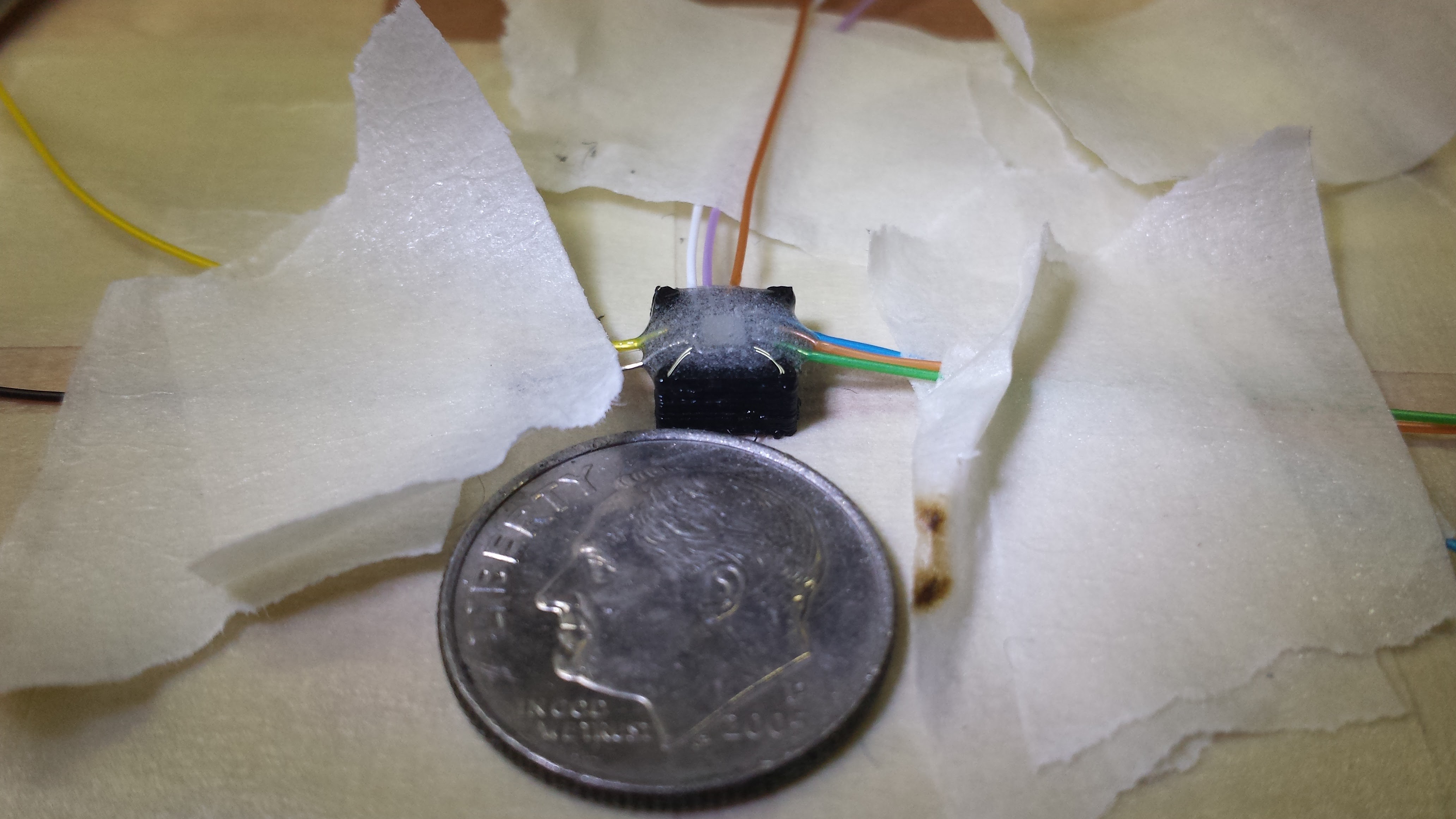 Here's the completed probe after a second glop of epoxy along side the over-sized evaluation board: 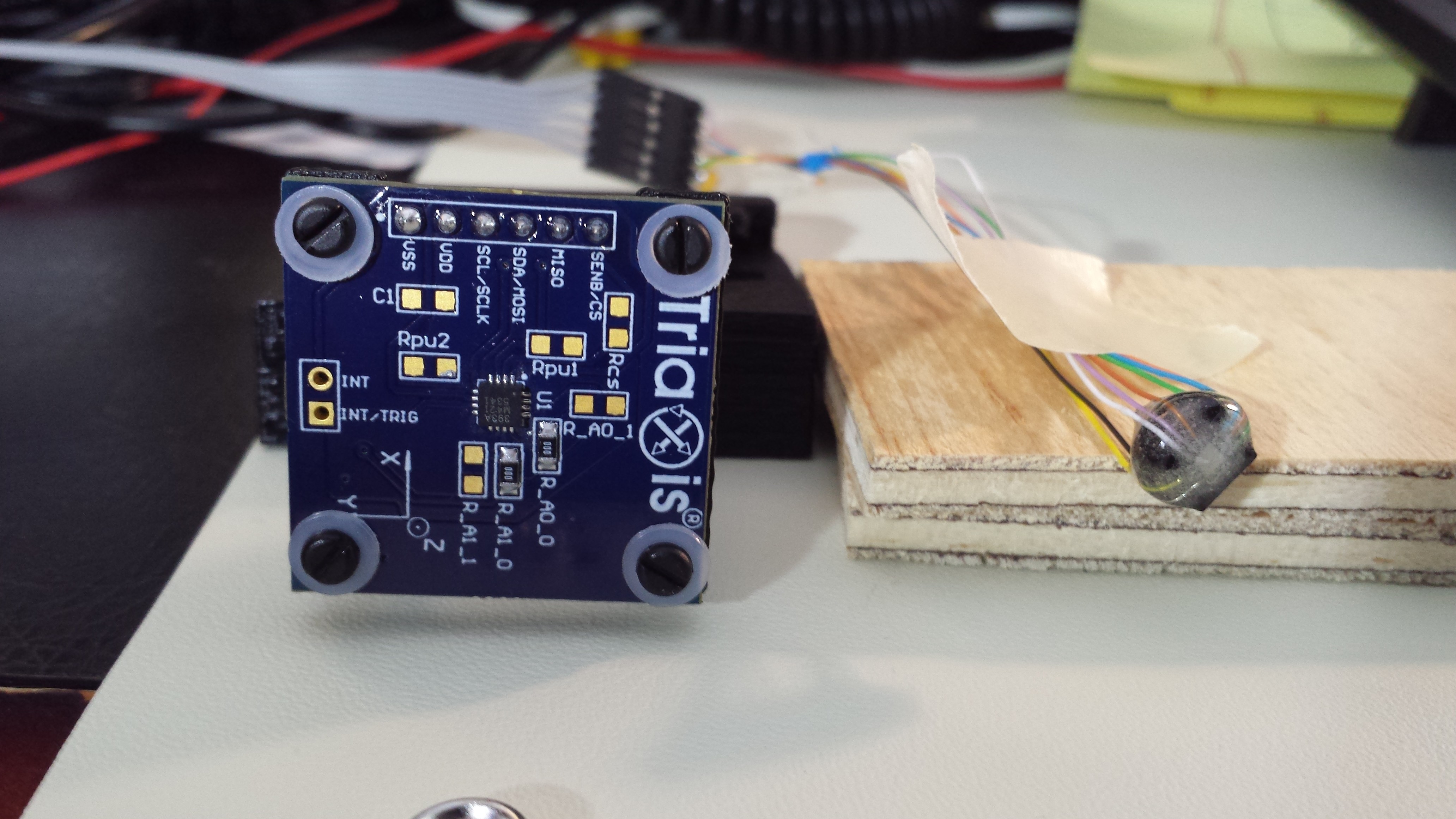 Much better. And, it works! It's delivering field measurements to my python code as I write this. I'll be more careful with this one. The first attempt worked for a few minutes until I tried to re-align the axes and pulled a wire out of the meager epoxy on that version.

Making this was a little bit of a pain, but it gives me three things immediately - another sample of the MLX90393 to test, a part not mounted on an ENIG-finish board, and obviously a much smaller probe. It's clearly no substitute for a PCB, but it will allow me to do something now.