So most of the planning was done, bits had almost all showed up in the post, and I'd decided on a case. Time to start cutting.

I designed up a rough faceplate for the box in inkscape, allowing holes for the RCA jacks, the power button, two female usb ports and a female RJ45 port.

I sent it to my laser cutter to cut out on paper, decided I was happy with the sizing, and after a few small tweaks was ready to cut.

I looked on the underside of the box to work out what the material was, to check that throwing it in the laser wouldn't give out hydrochloric acid like some other materials.

So I threw it in, hit repeat cut, then instantly regretted it as I hadn't taken out the border cut line from when I was doing the paper.

Luckily, the cut didn't go all the way through, I was just left with a mark around the face.

Unluckily, three more passes on a higher setting (border cut line removed) didn't get through either.

I broke one of my rules and took the thing out of the laser and started at it with a drill and file. Big mistake.

Basically if the accidental cut line didn't make it look horrible than this did. 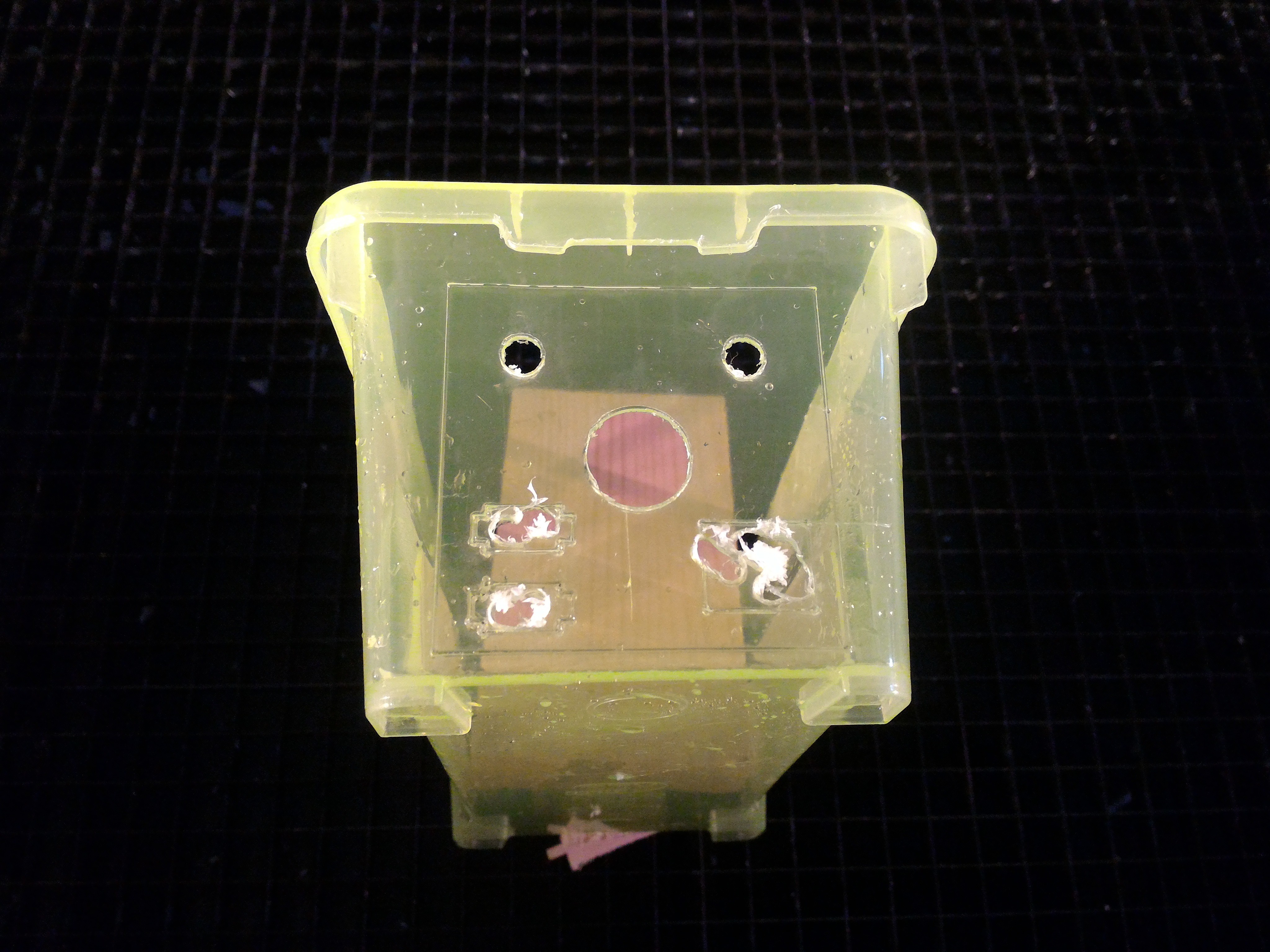 Either way, I didn't want to make it any worse so I threw, well, incredibly carefully aligned it back in the laser cutter, something doubly hard since I was propping it up at an angle and had a block of wood inside the thing to catch any stray beams.

By some miracle I managed to line it up perfectly, repeat the cut on the highest power, lowest speed cut with 10 passes, and everything turned out dandy.