A federated crew toolset for navigating, collaborating, resource management, IoT and tons of other things.

What started out as a simple robotic remote control system, quickly grew into a mature approach to maritime navgiation. Since then, it has again come a long way and is now slowly, but steadily developing into a new kind of user and machine experience.

HFOS is supposed to run on small energy efficient machines (RPi etc) and provide a host of services in an offline-compatible, yet federated (think of freifunk/mesh ;) way, but i recently found out, it should work nicely on your Android device as well.

It basically consists of a backend (Python) and a frontend client app (HTML5) and focuses on small group collaboration - the missing parts for better teamwork without the need to offload your data to anyone else. 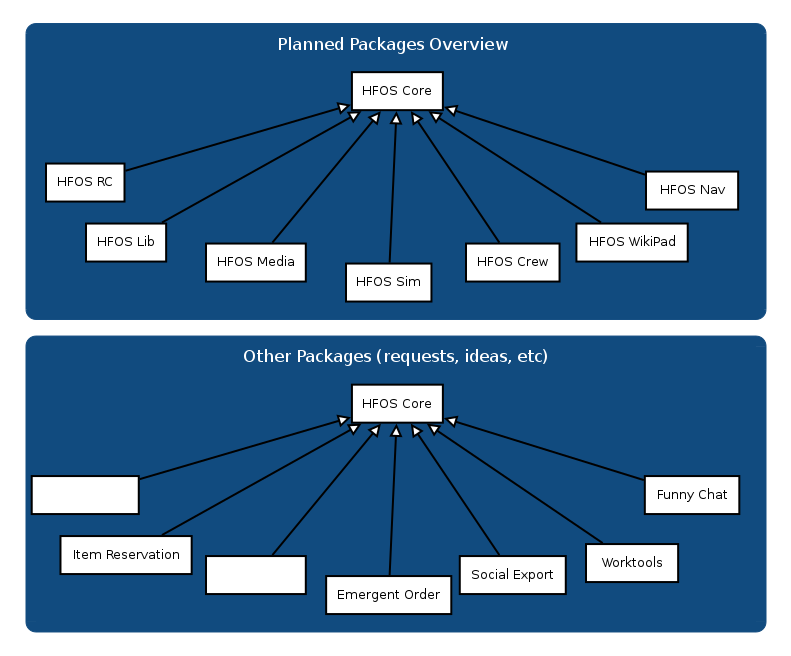 Some of the goals i have on my list are already partially working:

Since the system is being transformed into a modular, extensible framework, a lot of other stuff will join - writing your own modules is really easy!

The newest version is rather usable! There's still a lot of important stuff missing (e.g. data migrations), but you can already dive in and test it. I've simplified the installation method, so essentially you now only have to grab the source, install a few distro packages and run the installer. Distribution-aware packages are being prepared, i hope to get this done by 1.2.

Since I work more or less alone on the project and because I am currently preparing the release of a rather major overhauled version (1.1, sporting a modular component/app-system and a lot of frontend technology upgrades, release is planned for the next few days), the project is currently not in a really useable state.

So, I'd be more than happy to welcome new HTML5 (Angular) and Python developers to join the fun!
Also, folks who can happily indulge in writing really complex application testing systems ;)

Check out the repository on github: https://github.com/hackerfleet/hfos and join us on #hackerfleet@irc.freenode.org :) 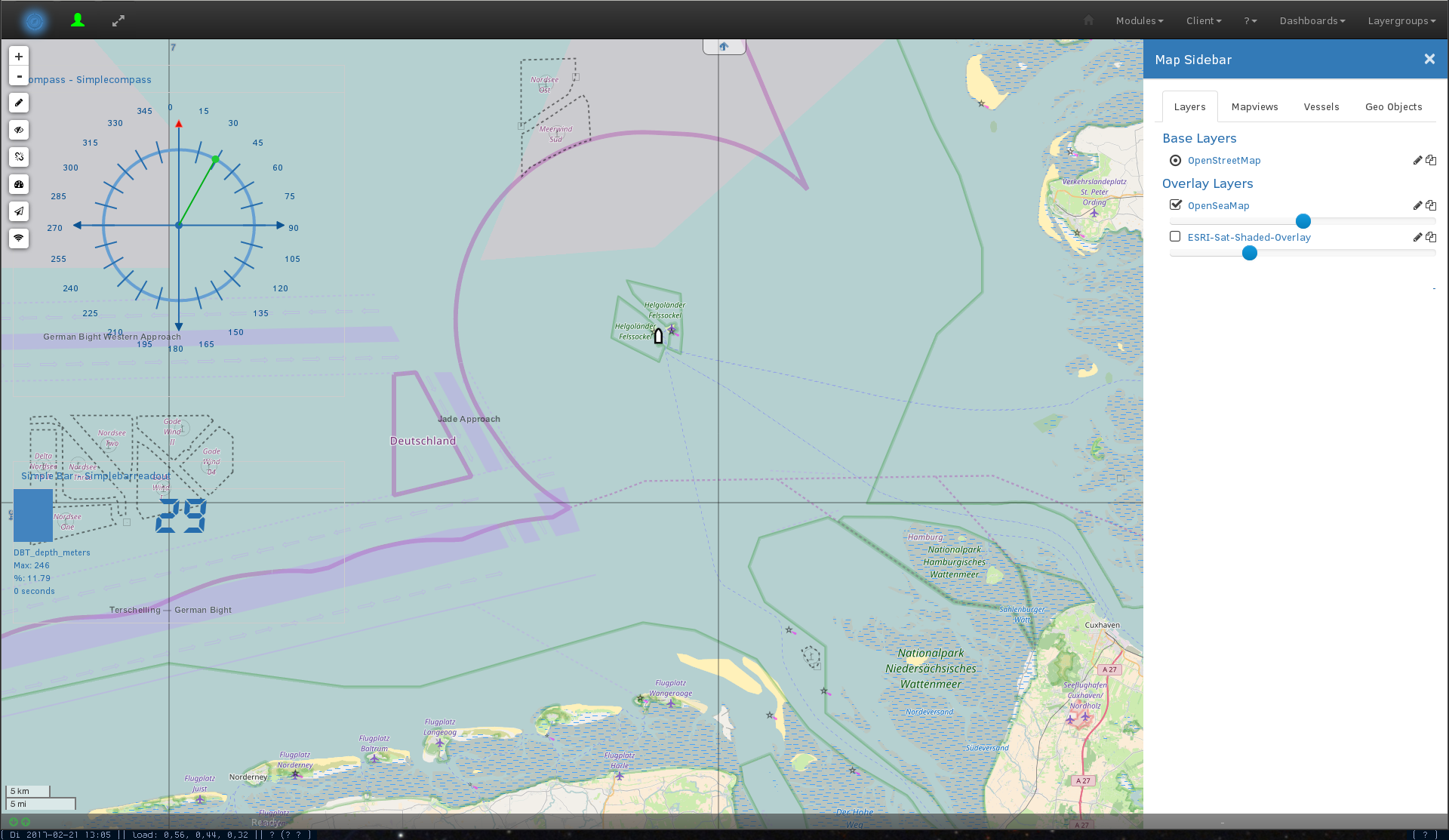 Newly added Layer selector and a nice (adaptive) coordinate grid have been added. 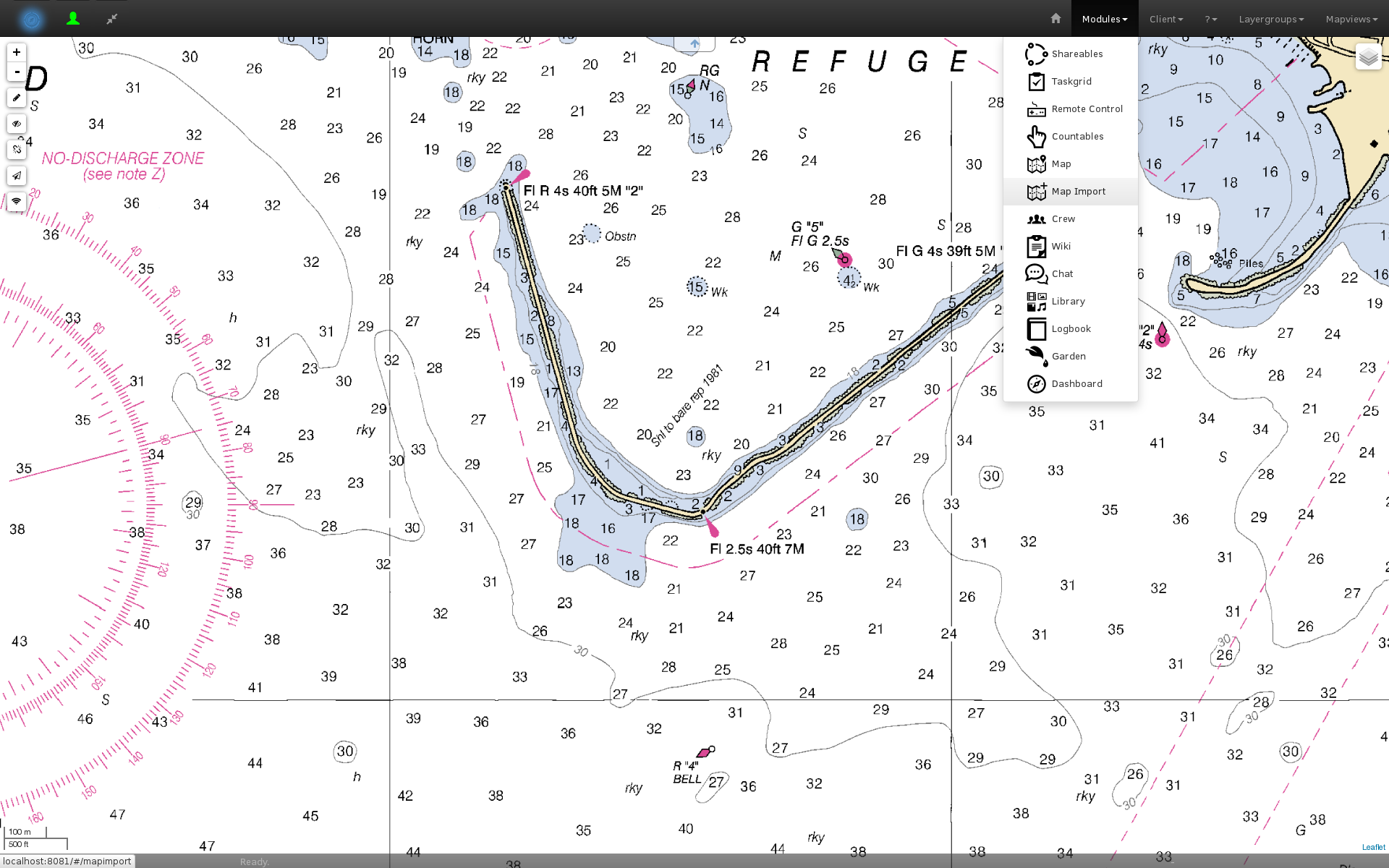 You can import Rastercharts (KAP, more on request) into the system and use them alongside the other data sources. 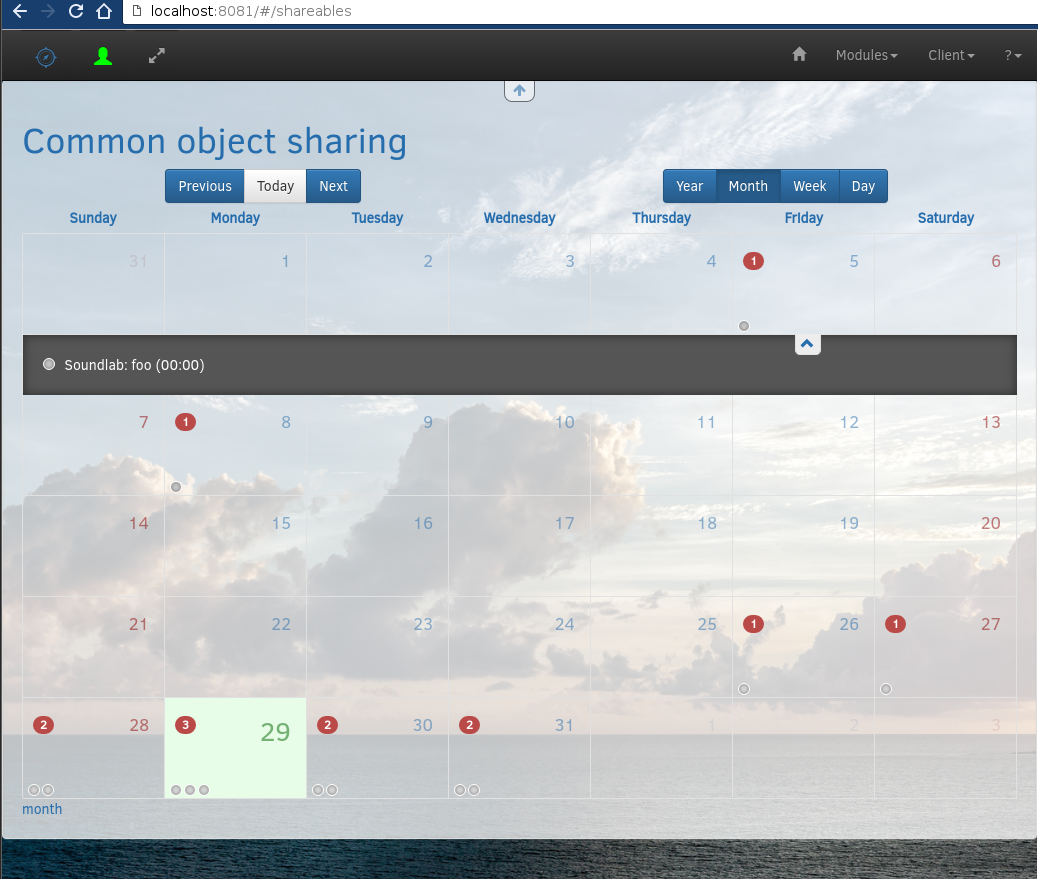 We also added a shareable resource management/allocation module, so you can coordinate multiplayer usage of your boat, soundlab or whatever :)

Riot this looks like a great project! Are you still working on it?

This december is "Month of new chart features" - i've been adding raster chart support recently, next up is grib data import, so you can check out the weather layered above your paper charts - digitally :>

Also, Hackerfleet is proud to be at the 33c3. If you'd like to meet us, chat and collaborate, ping me by mail (riot@c-base.org) or irc (#hackerfleet on freenode).

I'll do a lightning talk about HFOS, as well.

There will be a Hackathon at the c-base in Berlin from 8.-9. this month. Join us from 11 am. BYO-BBQ afterwards/during the event!

A few updates from the ongoing 1.1 release cycle:

* Docker integration is now updated, i hope to get this used in Travis for CI as well.

* Other Vessel (including their radio-range) display is being reimplemented

* The Wiki will get a WYSIWIG editor and a templating system

The release of 1.1 is nearing. Check out the milestone notes:

The biggest improvement - or the one with the biggest impact - is probably the new modularization concept. You can now bundle complete features into components. Those can have their own schemata, provisions, documentation and backend as well as frontend components.

Most of the other work has gone into upgrading the frontend to a better structure and library stock, so it loads and operates faster and now accomodates for the frontend component handling.

The release date has been hit hard, so i removed it. Fret not, the release is nearing ;)

The 2018 Hackaday Prize
An open hardware-software framework based on inertial sensors that anyone can use to build a human motion capture system.
Project Owner Contributor

Motion Capture system that you can build yourself