Our system in its present form was pretty cumbersome, so our first task was to make it more compact and easy to use. We settled on a binocular form factor, similar to virtual reality glasses or binoculars, since this is more intuitive and comfortable.

We used two mirrors to accomplish this. The image remains the same, only the construction of the device changes. In the schematic below, the two mirrors are placed at a precisely calculated angle at which we get the same image from the system. 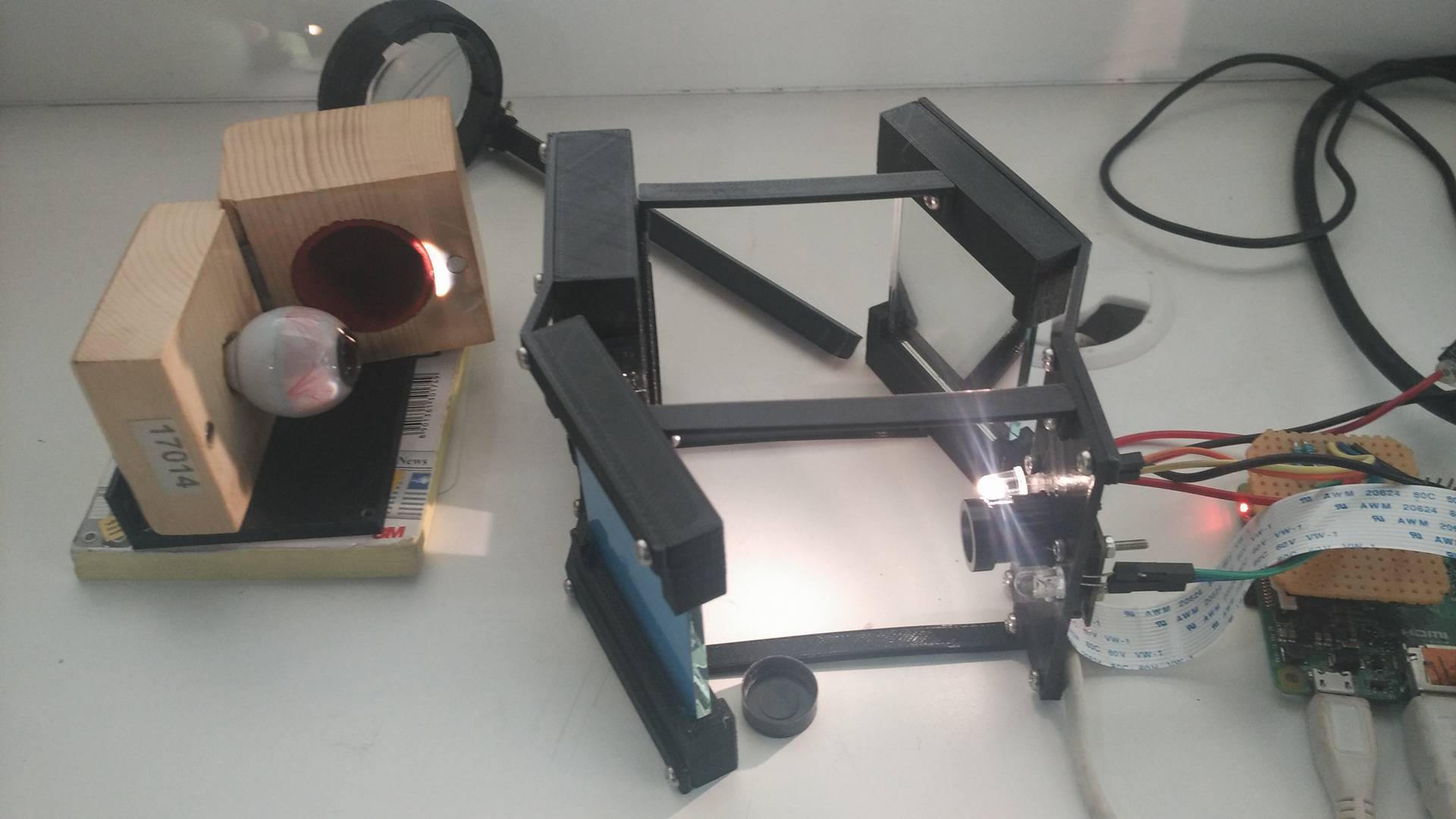 We have now transformed the device into a "binocular" system - in reality, it would only take an image of one eye's retina at a time - which is fine as long as our device is symmetrical about the horizontal axis - which means you can flip it over and use it to image the other eye's retina. We also decided to use laser cutting to build a plate for the optics, onto which the mirrors and lenses could sit using 3D printed parts. 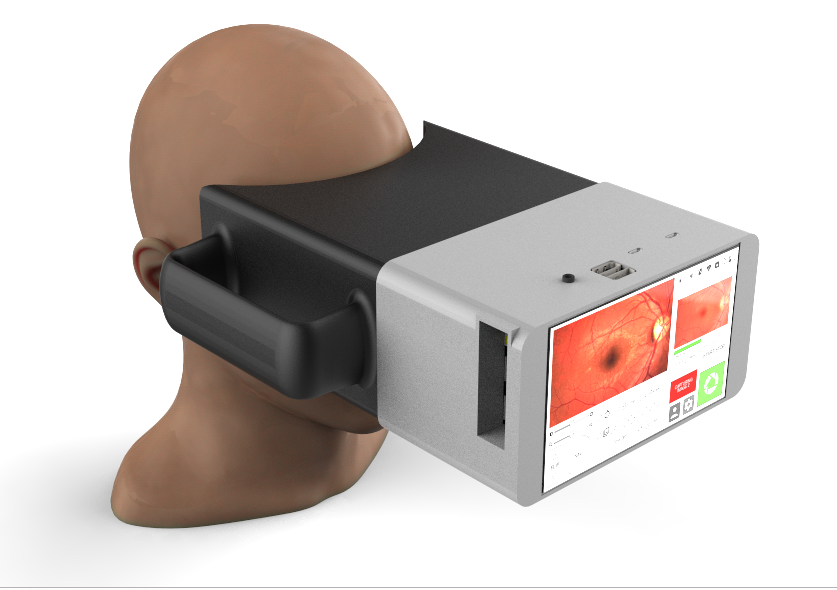 With the basic form in place, we now move on to removing the glare and the shadowing issue with the illumination.

Starting out: Mimicking an indirect ophthalmoscope