We decided to use linear polarizers to remove the glare. Polarizers are often used for this purpose - we used a linear polarizing sheet from Edmund Optics. We'd have to use them in pairs, so that one polarizes our light source (white LED) and the other one polarizes the light coming to the camera in a perpendicular direction. This completely eliminated direct reflections (see image below). 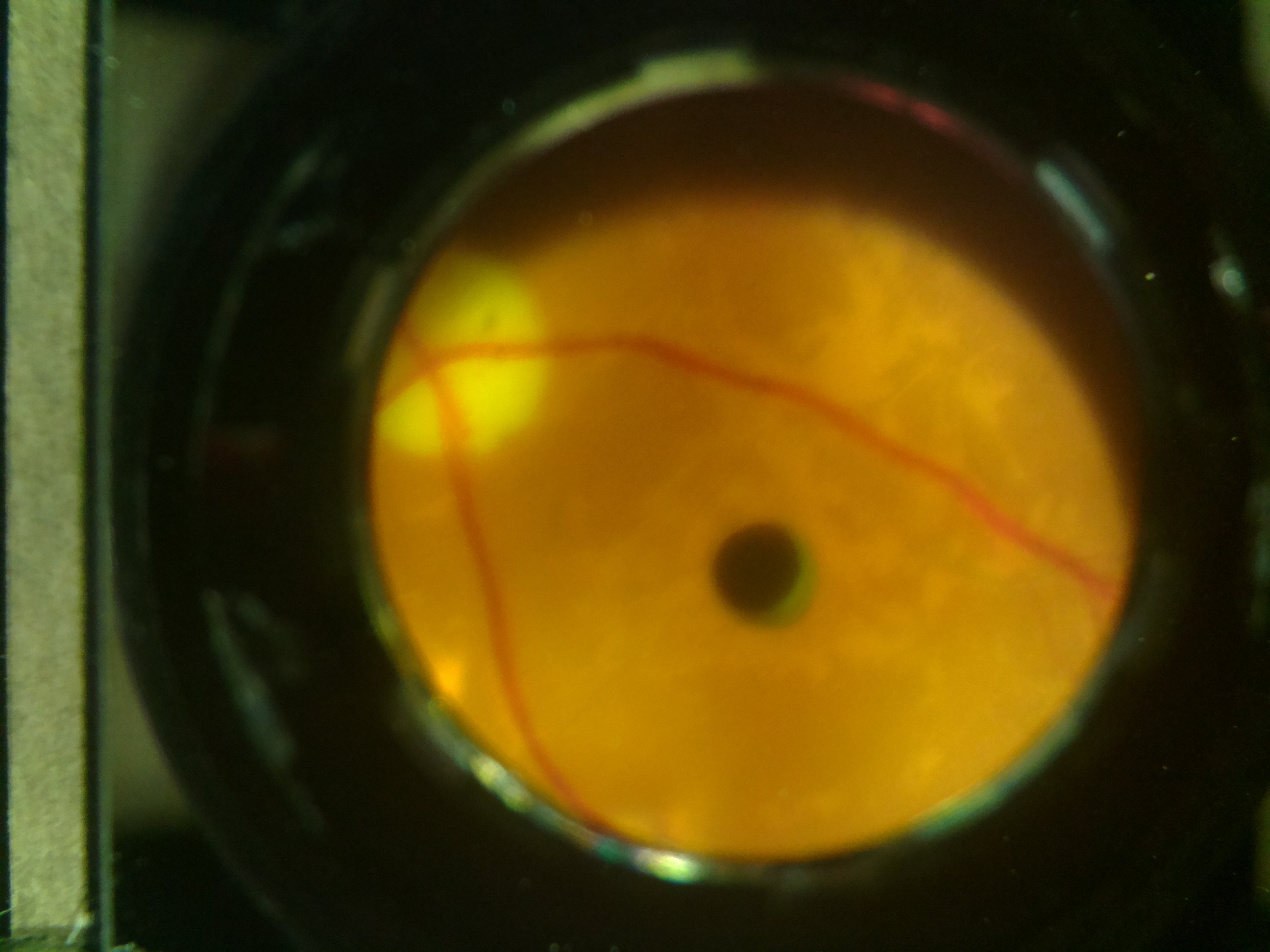 We also decided to use a beam splitter (50R/50T) to illuminate the system on-axis with the camera - this would eliminate the shadowing effect coming from off-center illumination (as in the image above). 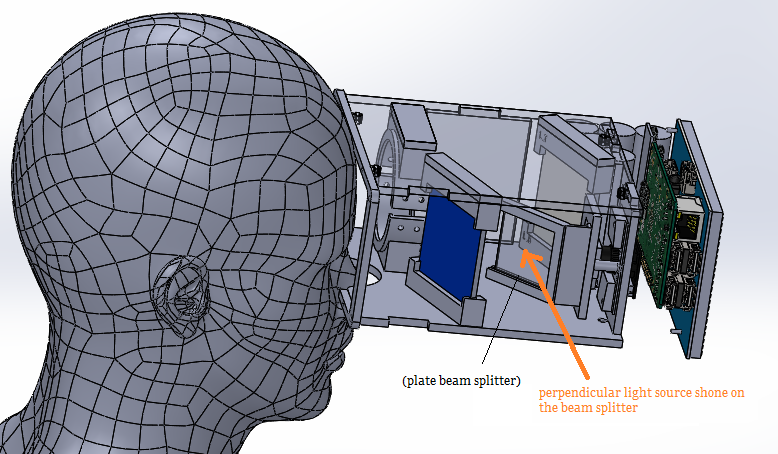 However, we observed that this caused direct reflections from the cornea (the transparent layer of the eye - such as the bright spot in the image below). 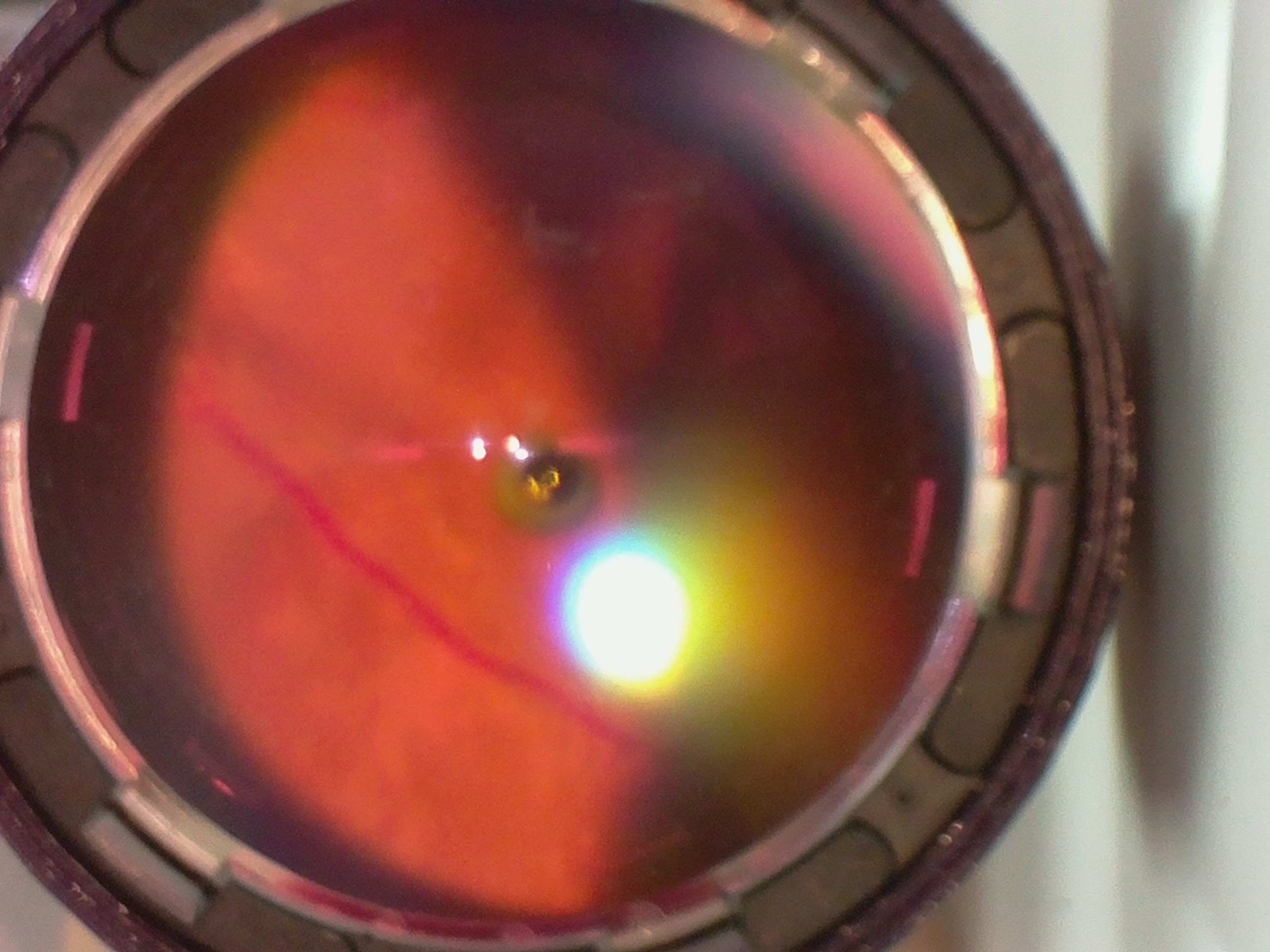 Hence we decided to retain off-axis illumination, but use two LEDs to illuminate from opposite off-axis directions - this would give two images of the same scene which were obliquely illuminated - i.e. having a "dark crescent" on the top and bottom respectively. We can then stitch these two images together to give a complete, evenly illuminated image of the retina.