After being absolutely certain of the safety of the device, we obtained an approval from the Institutional Review Board (IRB) of LV Prasad Eye Institute, Hyderabad (LVPEI), for testing on human subjects and volunteers. We began testing the device out on volunteers from our own team.

The test were done after applying mydriatic drops (which pharmacologically dilate the pupil to 8mm in diameter) to the test subject's eye, after a preliminary checkup by an optometrist on our team. If the pupil is not dilated, it is extremely difficult to obtain a fundus image, especially in asian populations who have smaller pupils.

The test results were very encouraging. Though we designed the device to work on people with negligible refractive error, we realized that by varying the distance of the device from the eye, we could capture retinal images of people with positive eye-lens powers.

The following image was captured on a person with power +4. 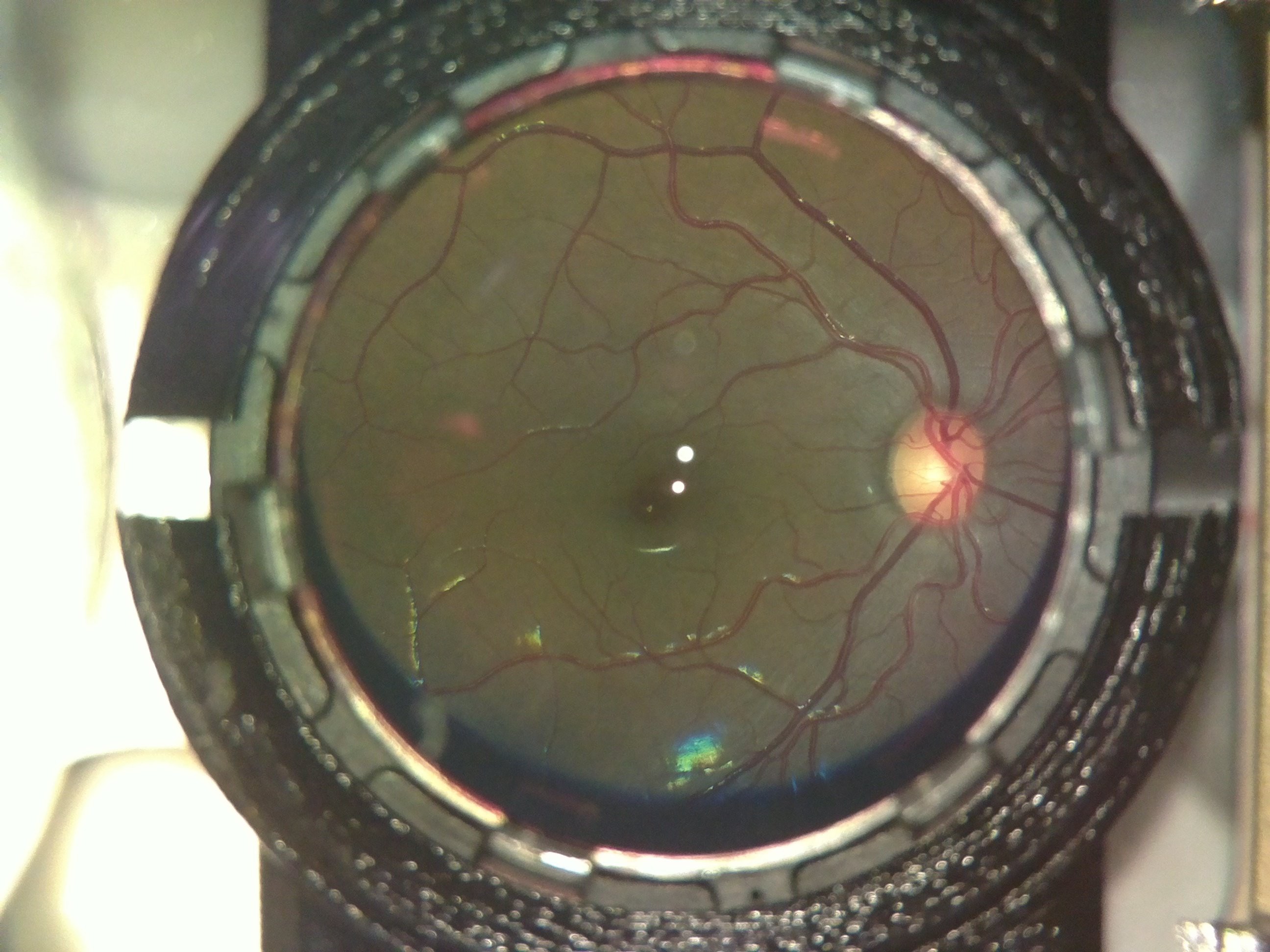 After trials in the lab, we took the device for trials at a secondary center of LVPEI in rural Telangana, India.

Here is a picture of the device being used on a dilated, informed, consenting patient at the center: 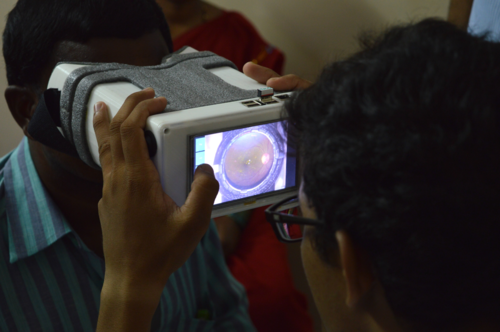 The device performed flawlessly. This was the first time we got to use the device on patients with retinal defects and the results were outstanding.

Here is an image of a myelinated retina. Notice the white patch on the fundus. A case of diabetic retinopathy we discovered. Notice the flake like formations on the retina. 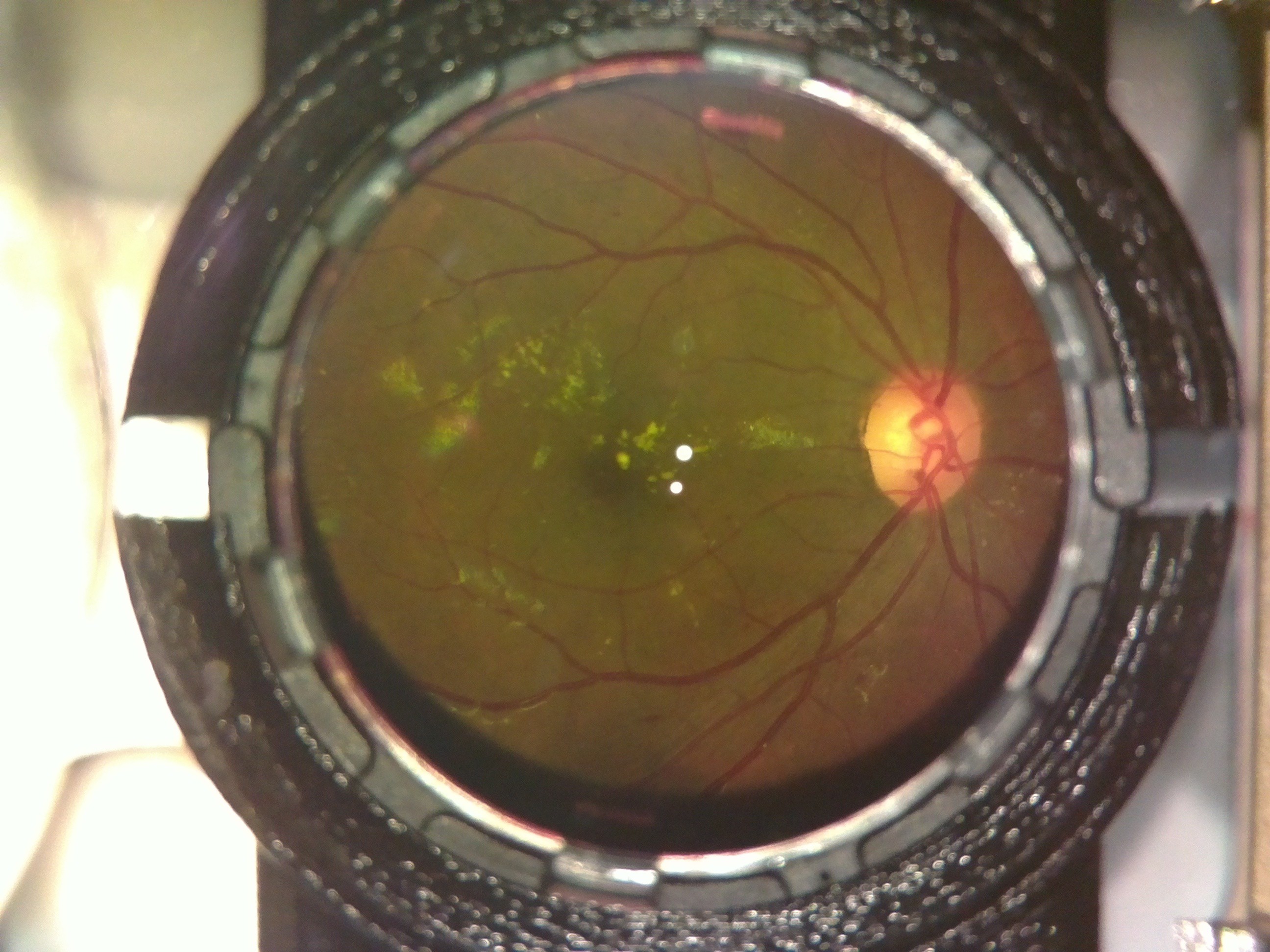 The Doctor at the center confirmed both cases for us. OWL had successfully screened its first Diabetic Retinopathy patient; indeed a huge milestone for the project!