Thomas Suarez just received his first 3D printer, a MakerBot Replicator, and is a big fan of its open-source architecture and do-it-yourself (DIY) origin. He enjoys printing and tinkering with it, but has growing frustration with the speed of the machine. Delving into the world of 3D printing, research begins on developing other methods for object fabrication. ORB is conceived to not only increase print speeds, but also to increase end-user access. The product should be simple to use, with connectivity through multiple devices. 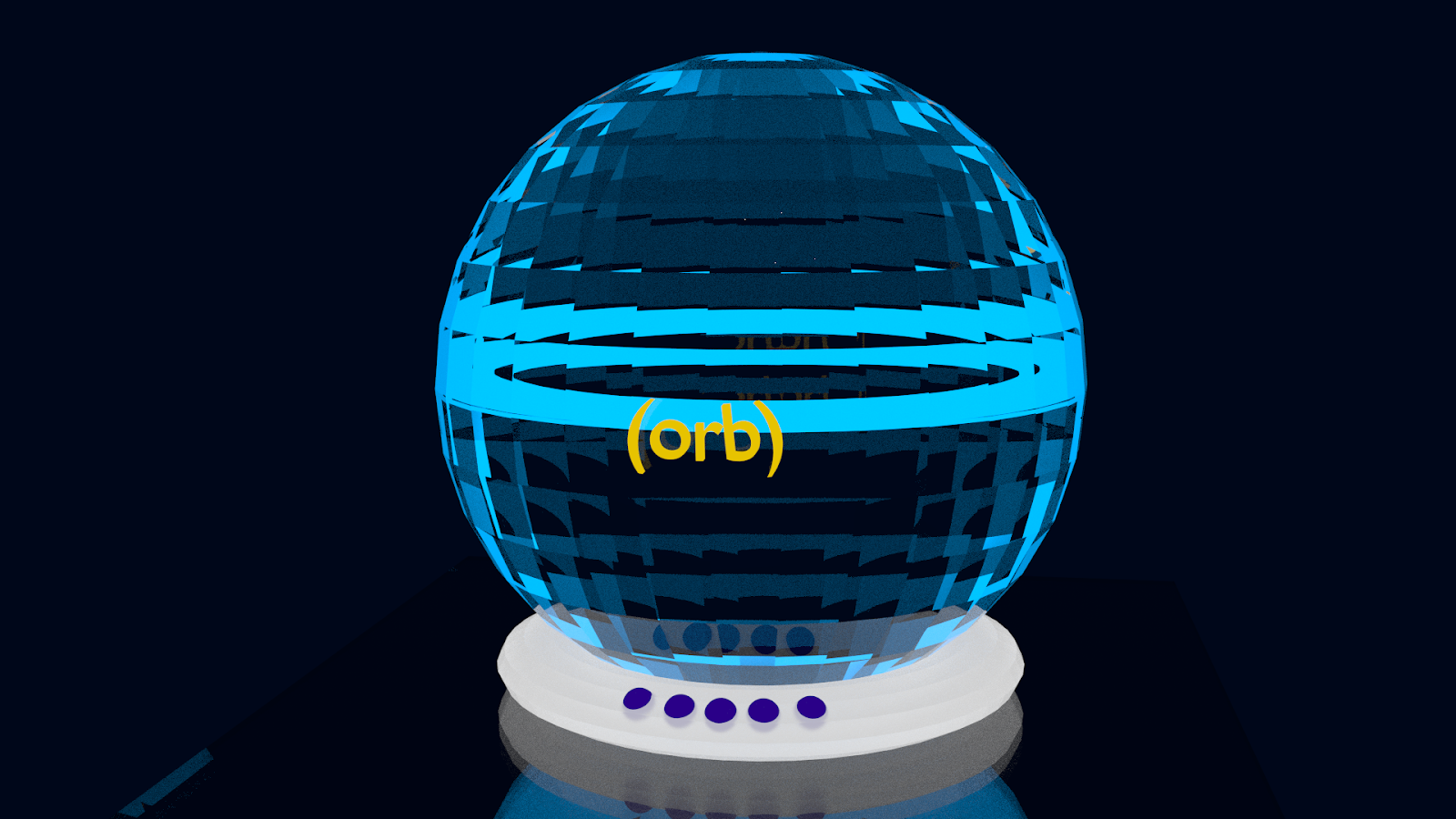 Generating a multitude of concepts for the ORB 3D Printer, all with the goal of much faster 3D printing, he continues to create ideas for new, more efficient 3D printing and rapid prototyping devices. First reworking the electronics and software control of the printer, multiple new concepts are imagined, each building upon the best ideas from previous iterations. 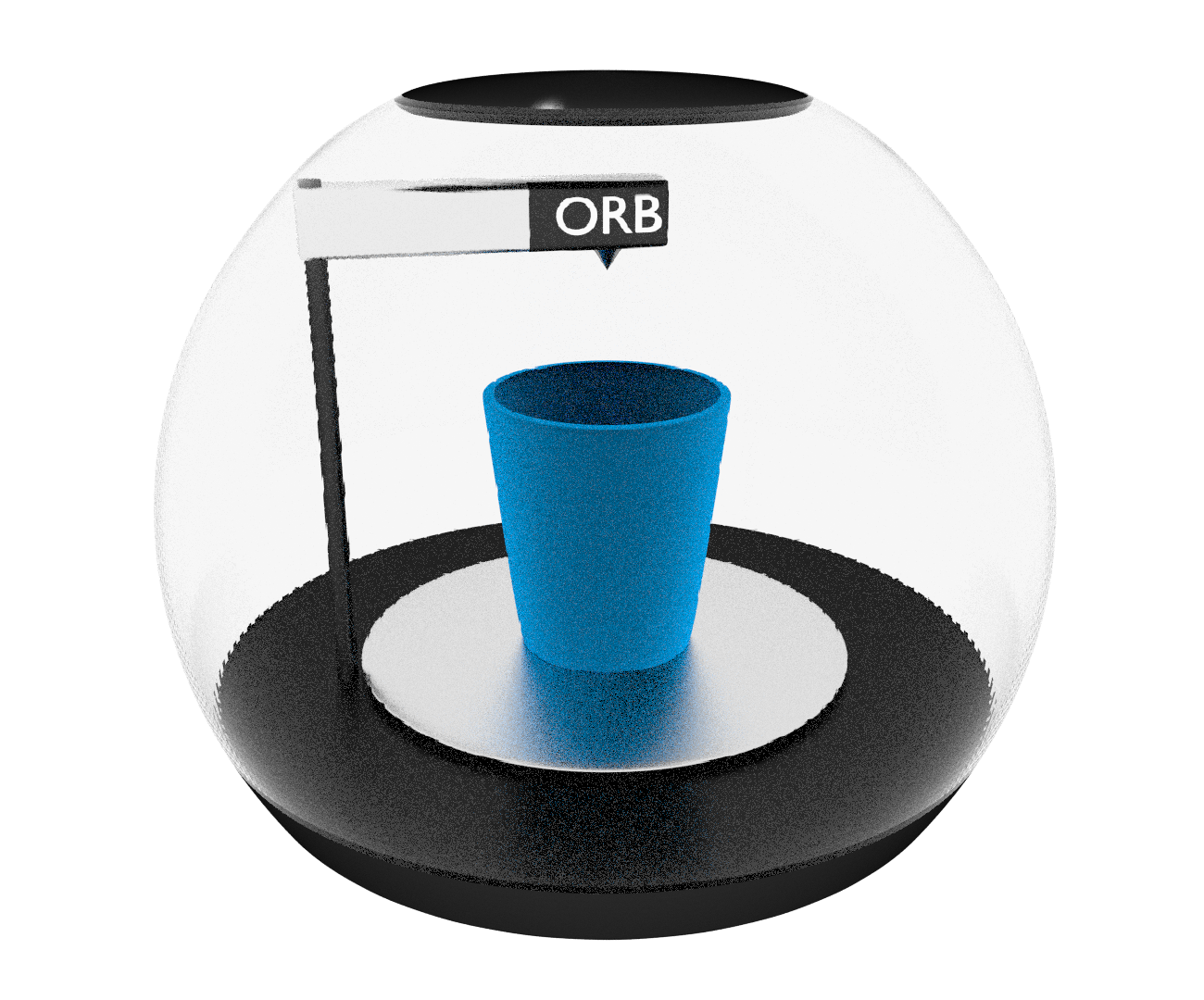 Focusing on the design and hardware of the machine, Thomas continues to create new 3D renders of the ORB 3D Printer, and keeps learning by experimenting with 3D software and firmware. Inspired by companies that seamlessly meld form and function, he constantly tweaks the aesthetic and works hard towards minimizing clutter and unnecessary mechanics. 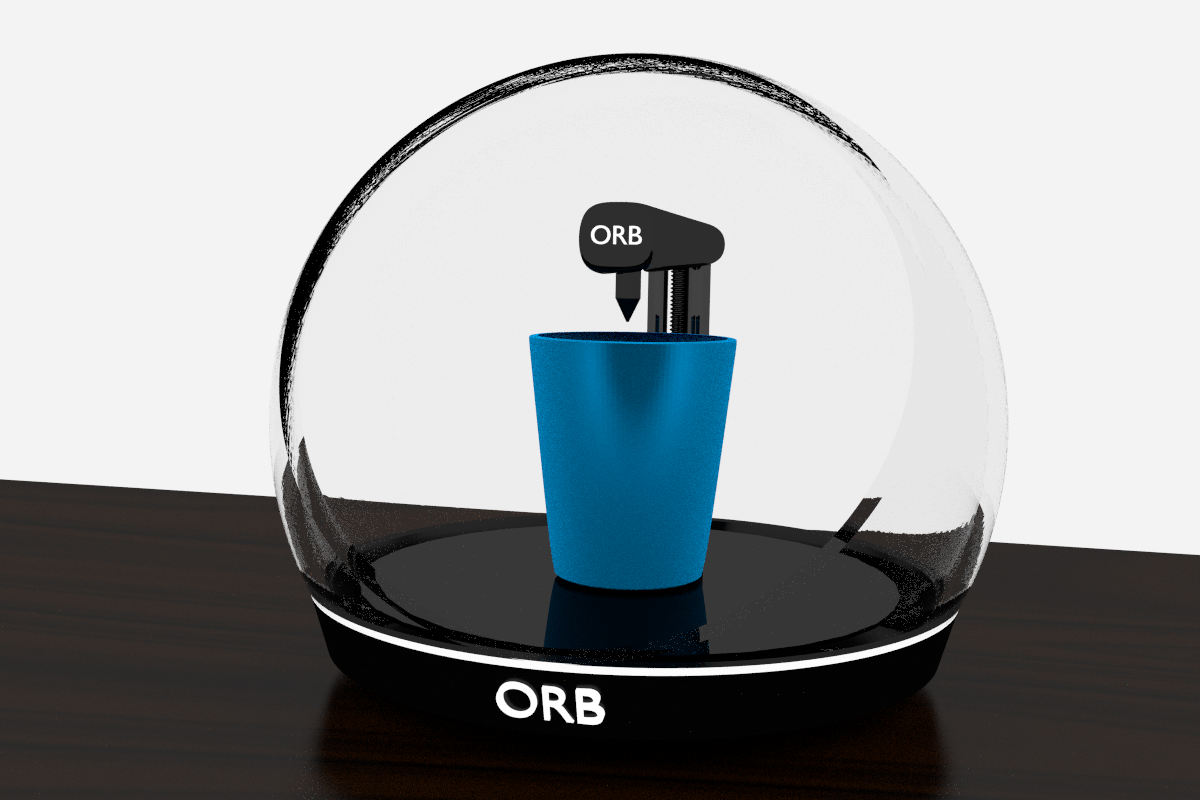 After a year of development, Thomas has documented some of his new 3D printing ideas for a United States patent application. As a supporter of the open-source community through GitHub and other online sites, Thomas wants to ensure that a major corporation in the 3D printing industry does not run with his ideas before he has a chance. His plan is to first develop ORB to a solid, integrated machine, and then open it to the worldwide community of makers.