Making the giant leap from manual fabrication to automated, laser cut precision, our prototype has increased dramatically in reliability and robustness. Through CAD designed, laser cut parts, the relationship between the moving parts of the printer is now more accurately realized, producing a more elegant and robust printing experience. Thinking about ways to enhance ORB’s assemblies, we are currently aiming to accelerate print speed through both mechanical design and new software implementations. 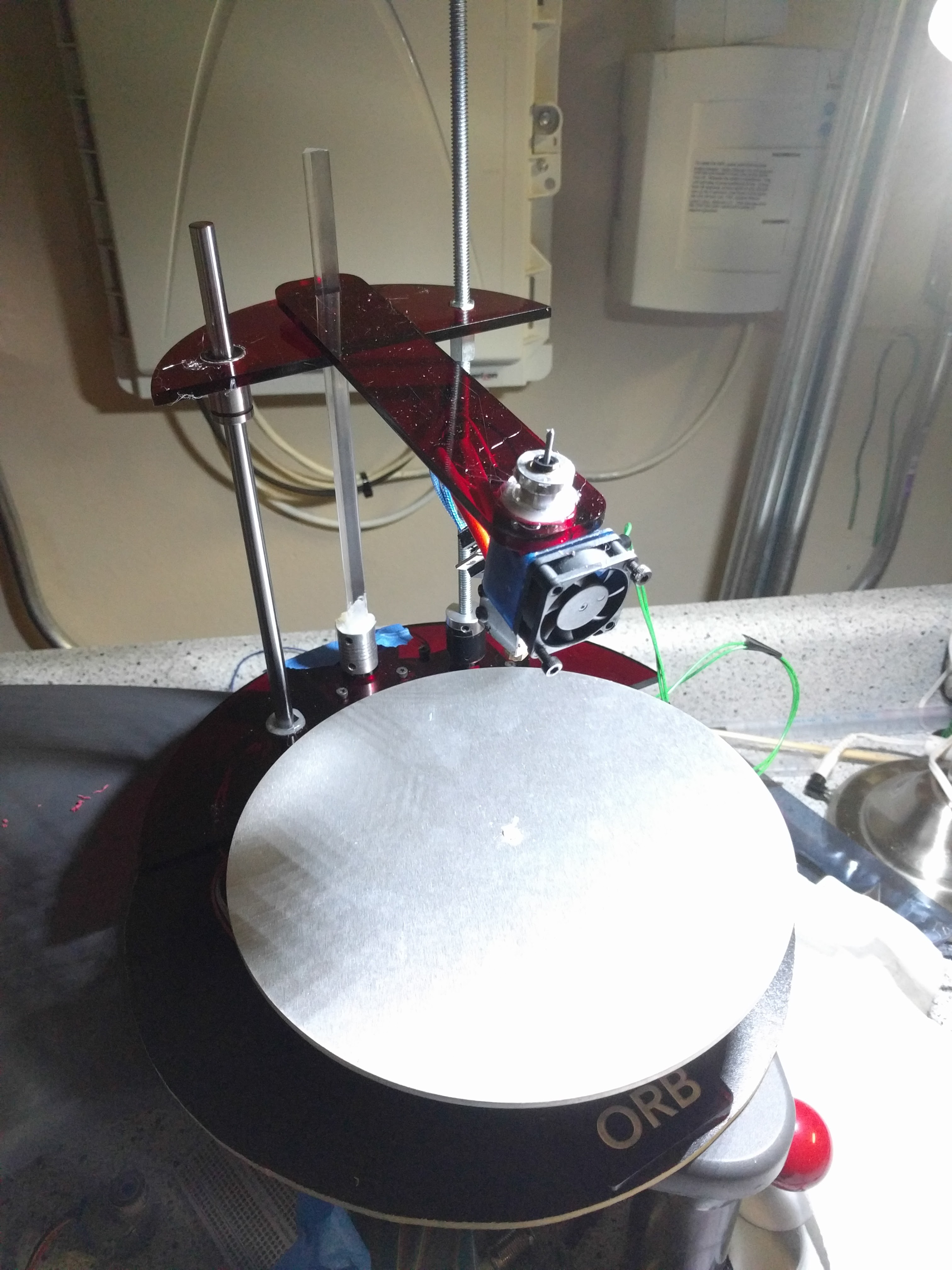 During this time period, we are focusing on our third major design overhaul. With most of the major mechanics working, we have turned our attention to refining all the major elements and moving towards a production/consumer model. Shifting from our purely functional prototype, the design philosophy is now to manufacture a unibody for the base, where we can nest the motors and printed circuit boards (PCBs). Additionally, we are starting work on the UI/UX for the end user. With ORB Studio, our accessible cross-platform web-app for ORB 3D modeling, users will be able to print objects directly from files and build objects with multiple materials using a simple, intuitive interface.