After having the camera in a working state for several days, I've had enough time to form some thoughts on it. For one thing, I am pretty pleasantly surprised by the image quality and its overall usability. Images tend to come out fairly crisp (if low-resolution) and I would be happy to print them on a 4x6 (but no bigger). If you deliberately underexpose, a lot of detail can be pushed out of the shadows in post. Composition, and to a lesser extent, focusing, is still a challenge. I've added some functions to do quick previews by undersampling the image, and other routines for focusing. I hope to post a few short videos on those bits too.

Of all the SPUD's quirks, these are my main qualms:

I'm definitely not ruling out a successor to this camera to fix some of these issues, though.

Part of my lab space at UW. Not a very interesting photo, but I think it shows that the tonality produced by the TSL is pretty good! The shadows have a lot of range, and the highlights actually withstand a little bit of abuse. 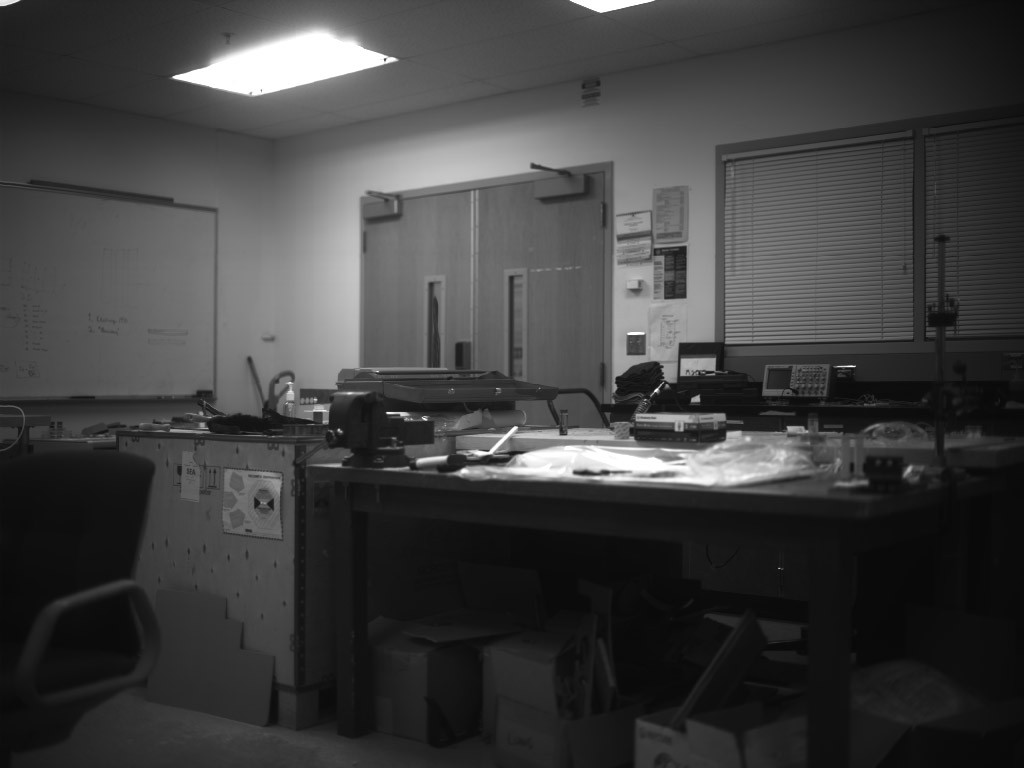 Contrast was pushed in this one in post, and this highlights a few of the challenges. I'm not using any dark frames or masking, so smudges and dust on the sensor shows up (streak on center right). Weird artifacts like the dark band on the left show up sometimes, too. I'm not sure exactly why those happen. 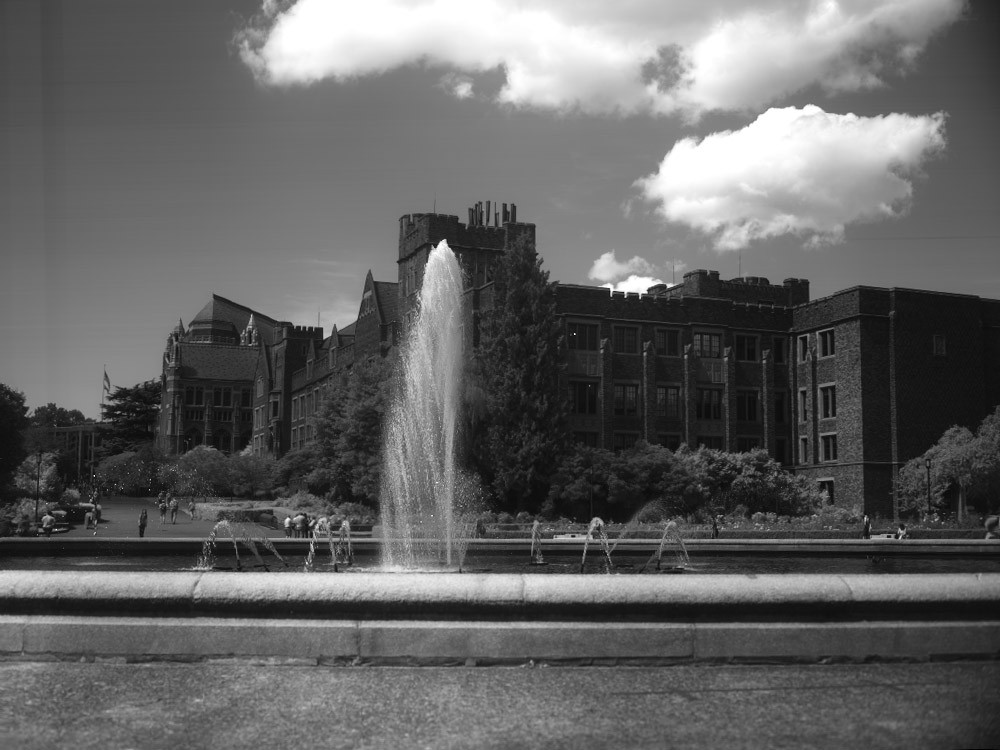 At faster integration times, the scan can take as little as 5 seconds or so to complete. That means that slow moving targets like people walking in the distance show up OK! I was personally pretty surprised by this fact. 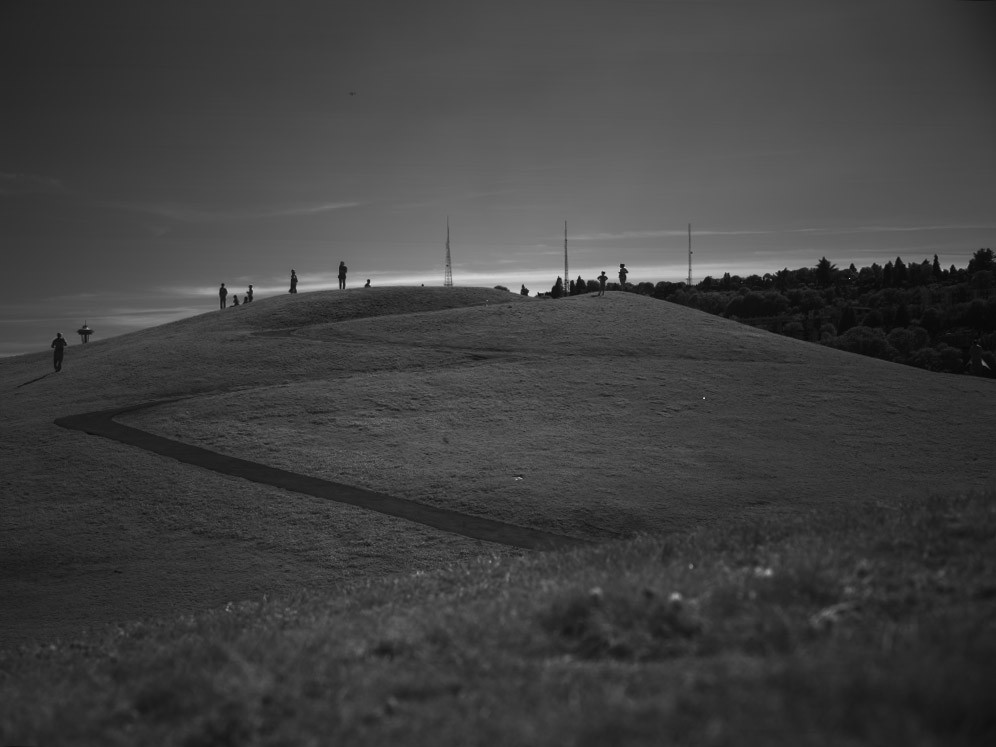 This one is kind of cool - the movement of the waves results in a bumpy-looking Lake Union - and the bobbing of the kayaks turns them into worm-like objects. Less an issue with the camera and more of an artifact of scanner cameras in general. 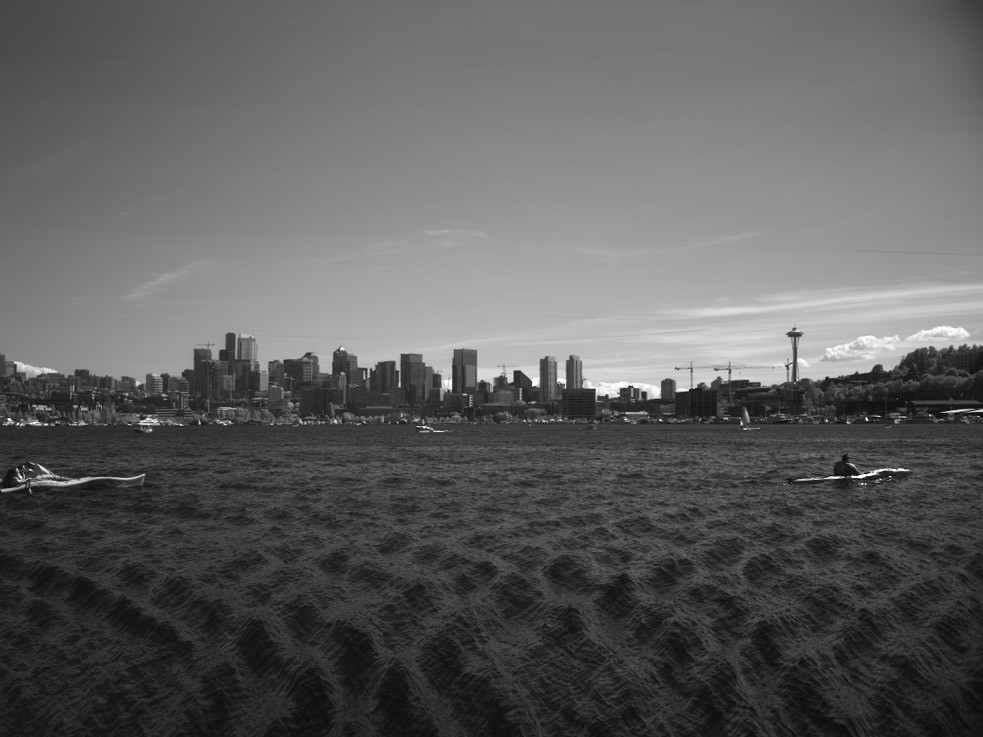