It wasn't until a couple of days ago that I realized that I haven't updated this project in nearly two months! Quite a bit has progressed with this project, but I haven't had time to sit and document it until recently. 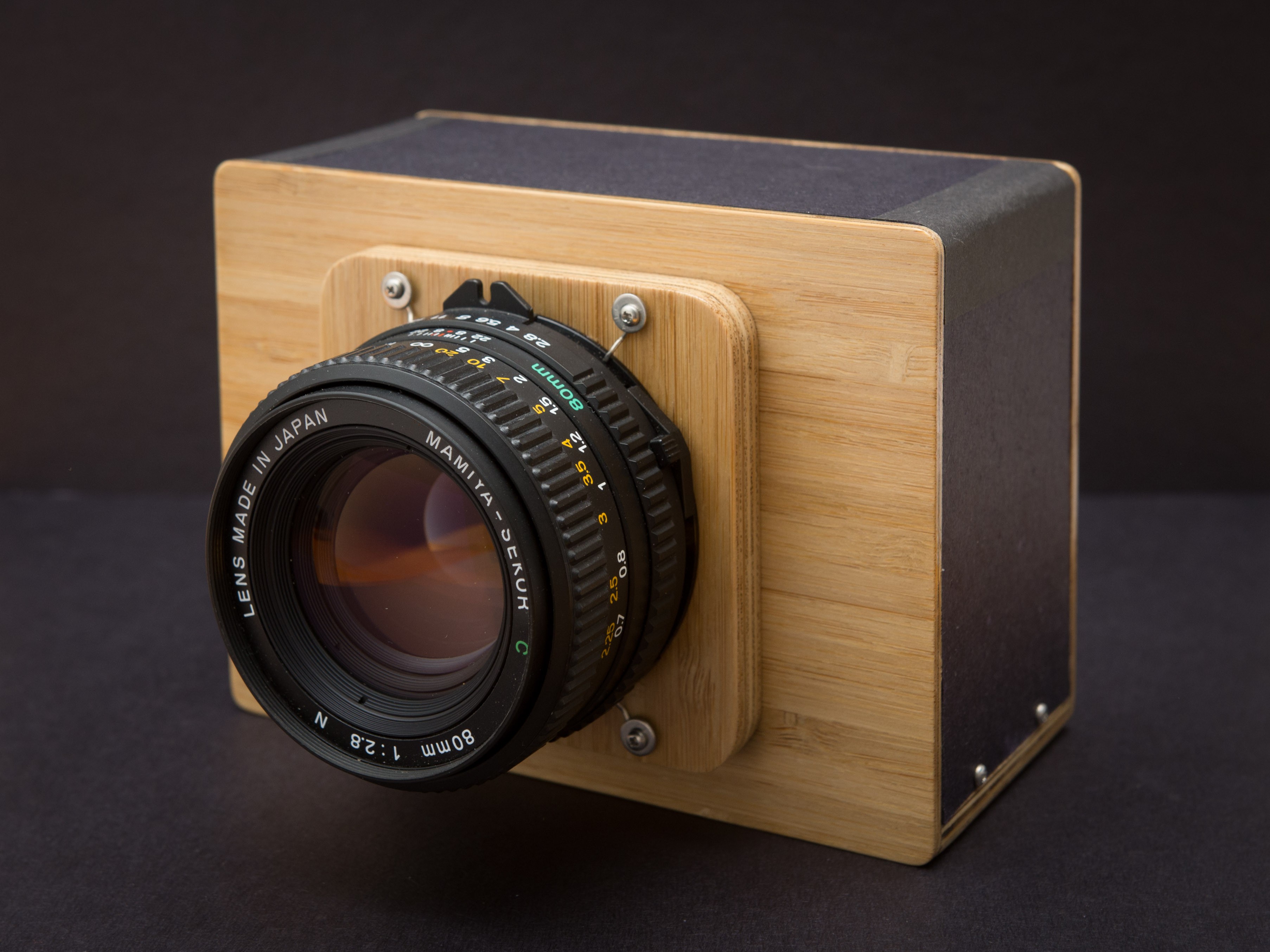 Internally, it is very much similar to SPUD v.1, using the same TSL1406RS sensor array and Teensy 3.2 uC. The biggest changes are mostly superficial - changing the body from hand-sawn (and not in an artesanal way), chunky 1/4" basswood to mostly laser-cut 1/8" bamboo plywood (1/16" and 1/4" also used). 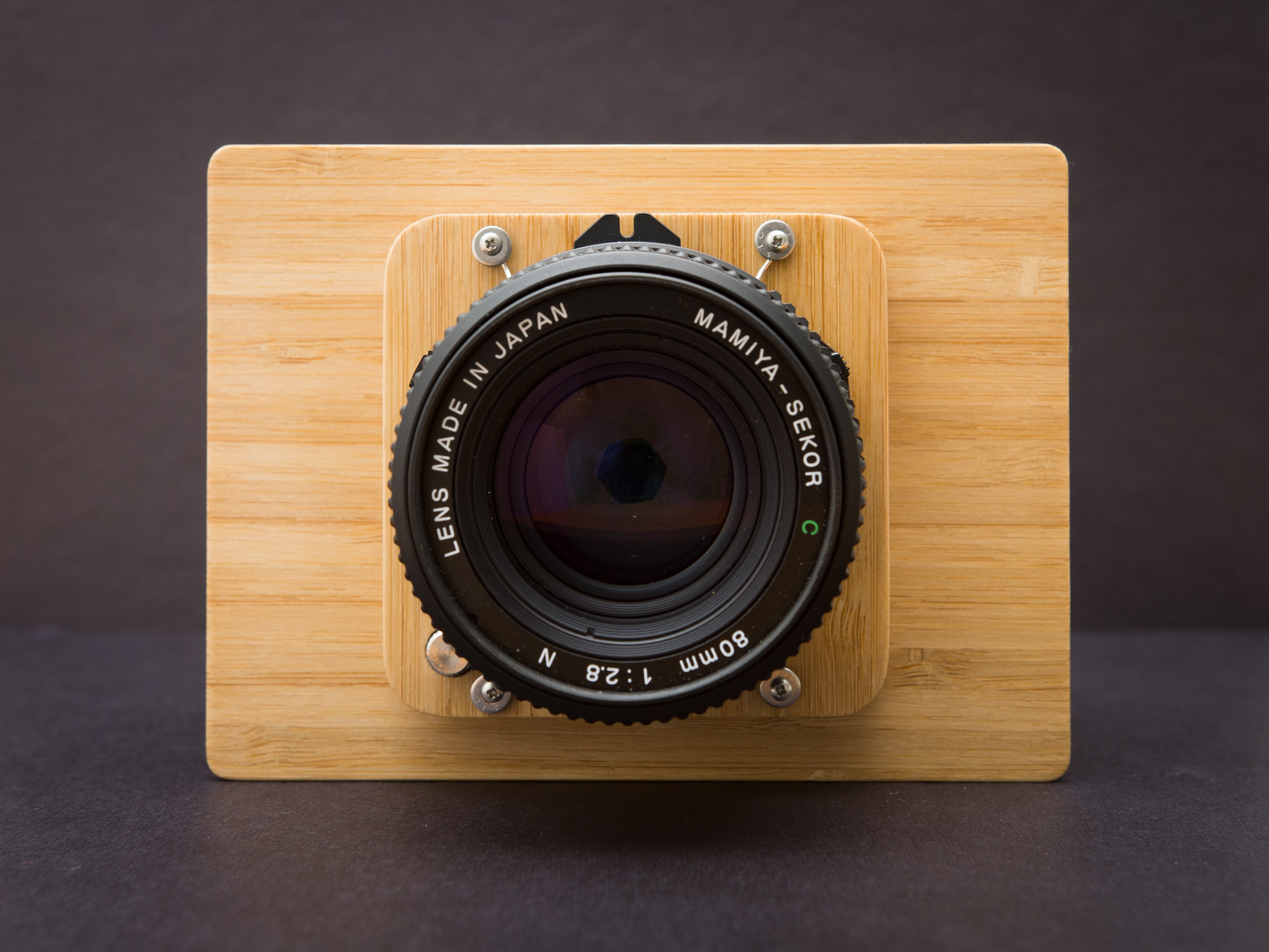 I know - the direction of the grain is screwed up.

The body is also now the minimum size to house all of the components - the old one was rather cavernous inside. 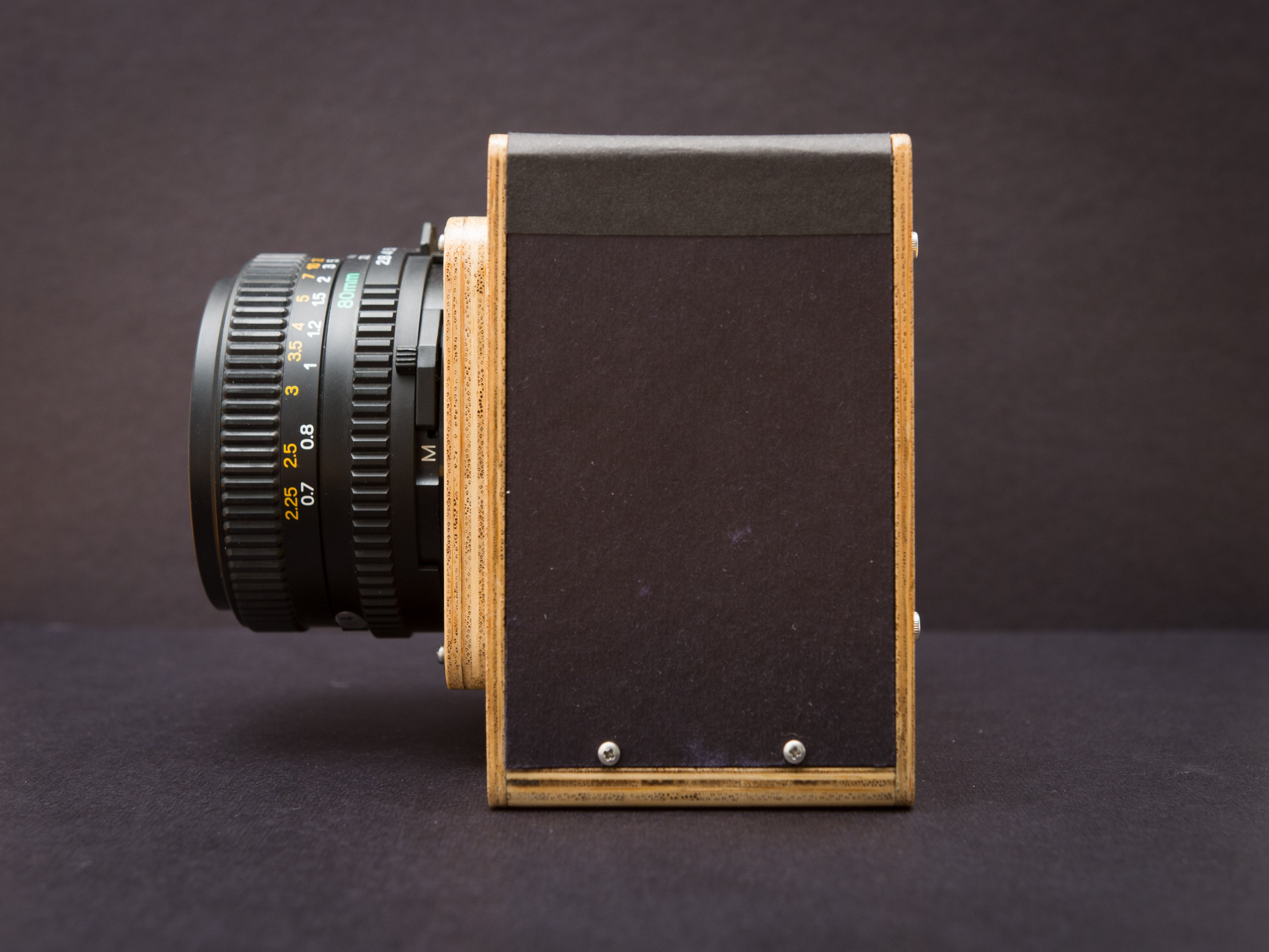 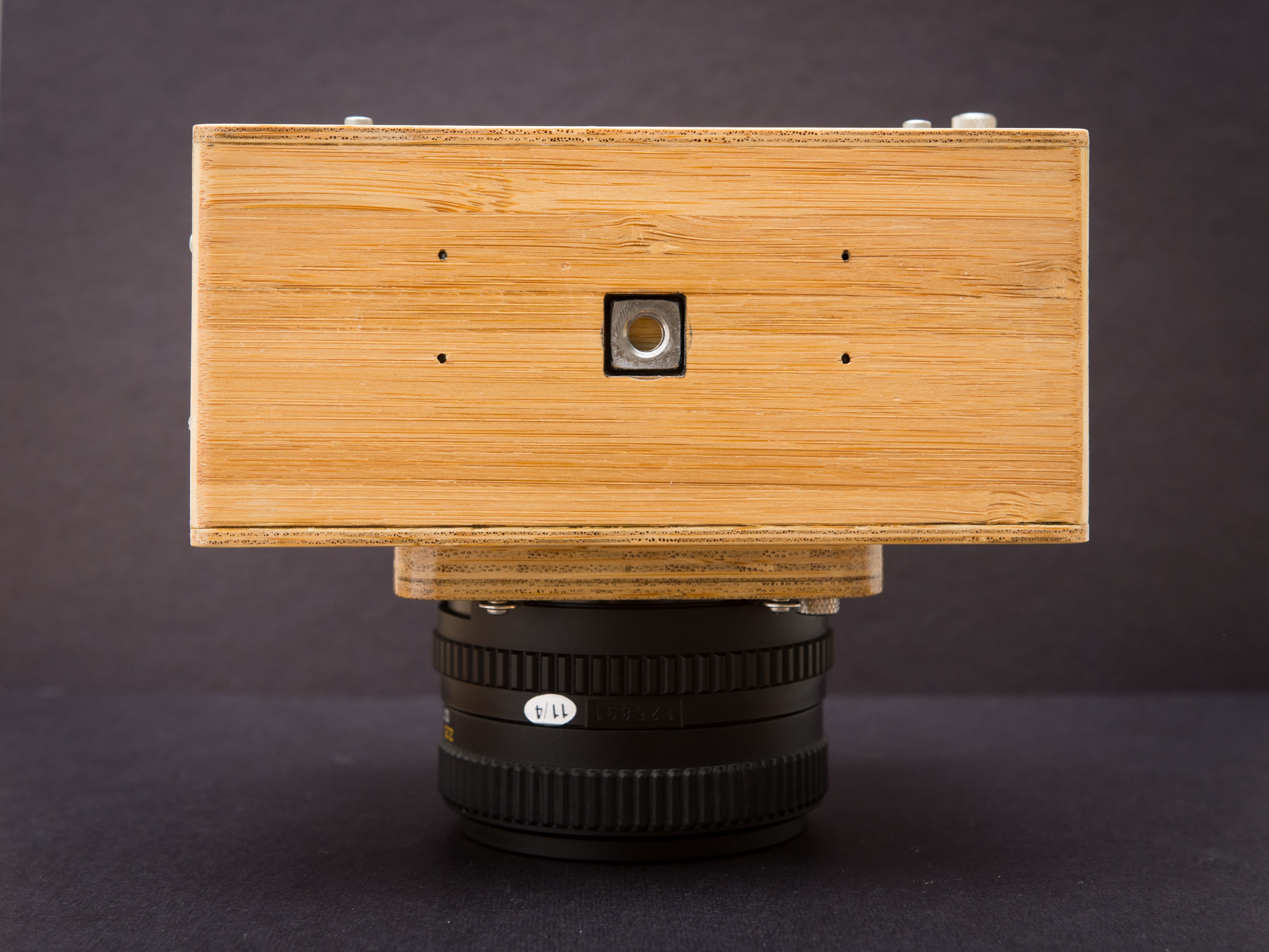 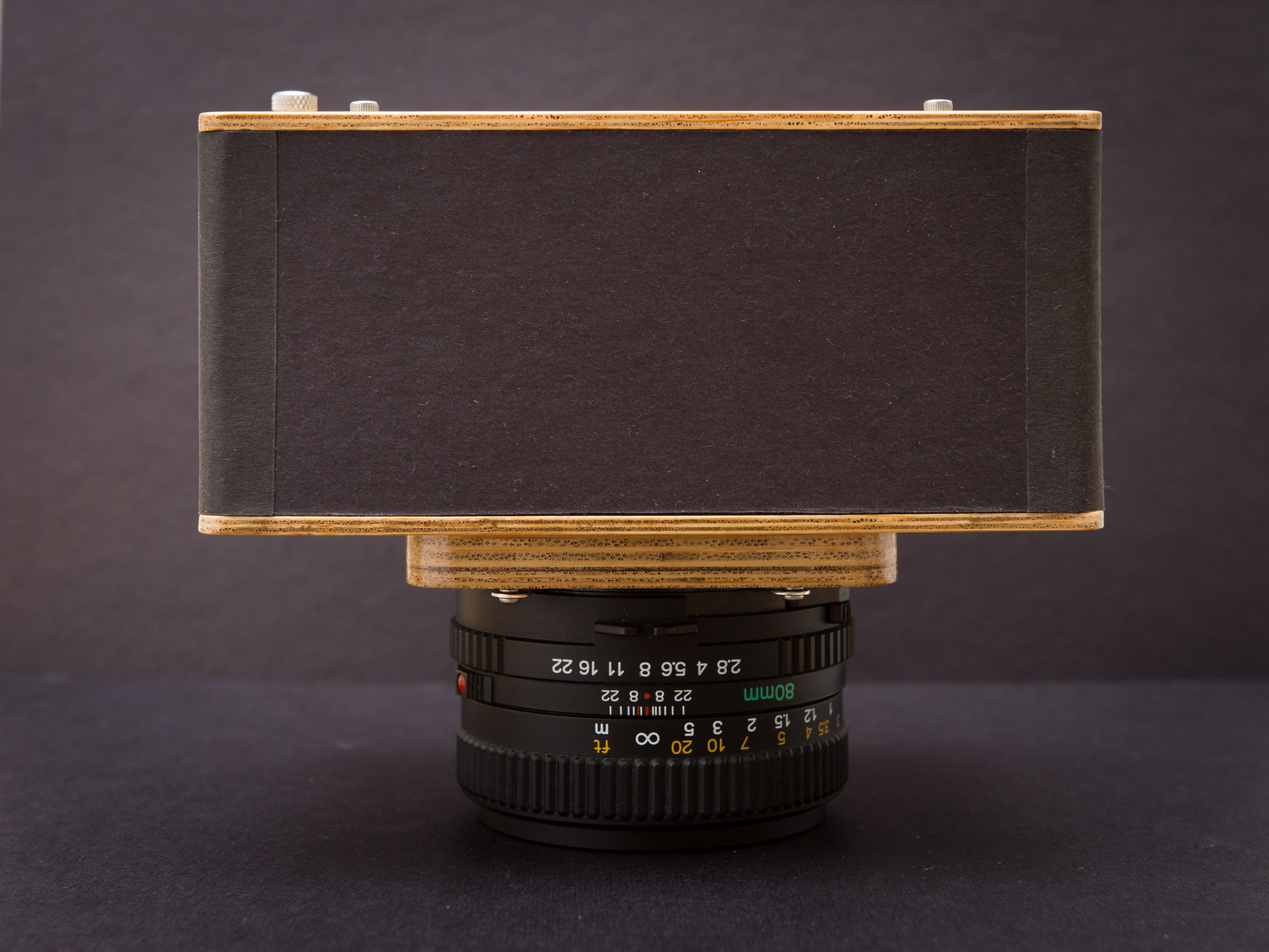 To me, this is the most important feature of the new camera - a much bigger, brighter TFT LCD with a resistive touchscreen. The old screen was so small (only 1.8" diagonal, 160 x 128) and dim that it was nearly impossible to judge composition or focus. The new screen (3.5", 480 x 320, from Adafruit) is much much better to use.

I haven't totally finished the GUI yet - it's still a work in progress. It's been fun to make it a lot more colorful than the old version (Lenna even makes a cameo in the bottom left). The code is a mess, by the way. Complete spaghetti. 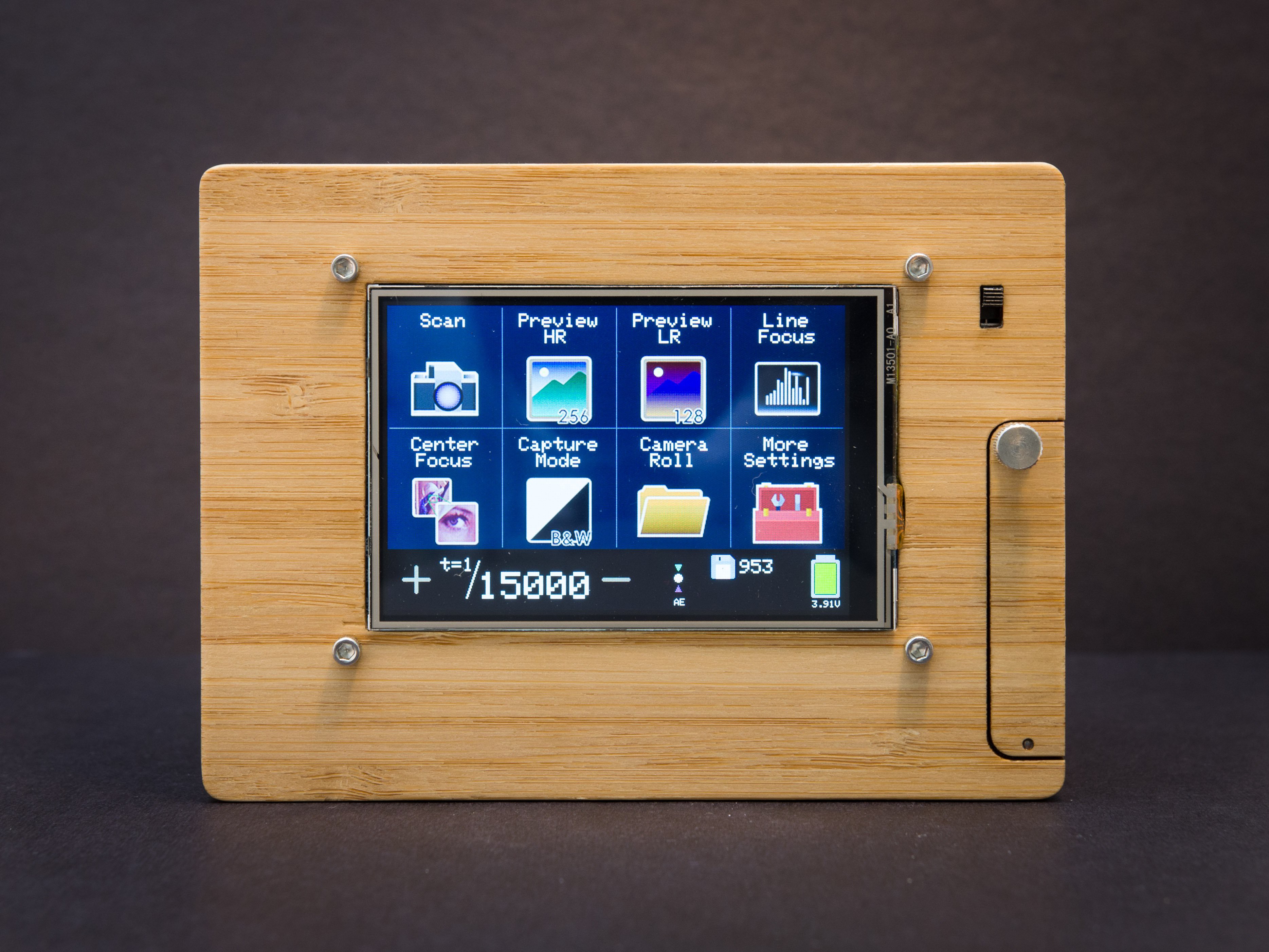 I'll show the composition and focus aids later - no point in showing photos of it not in action. Here are some photos, one taken of St. John's bridge (in black and white, I might add). 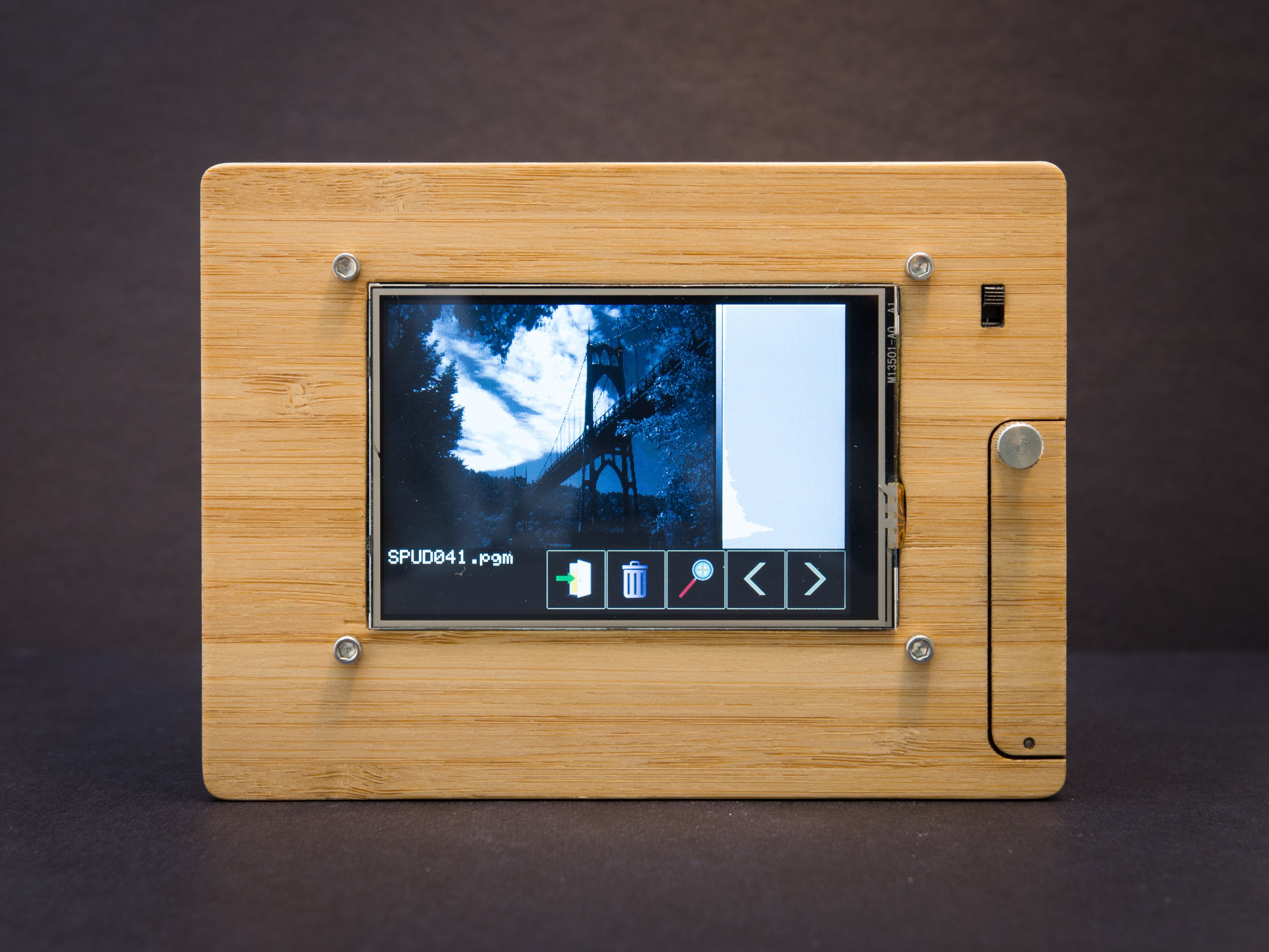 And here's one with... a color histogram!?!? What is this sorcery? It turns out you can make color photos (trichromes) by stacking three black and white photos, each taken with a red, green, and blue filters. Here's a rather poor example. haven't gotten the white balance quite right yet. 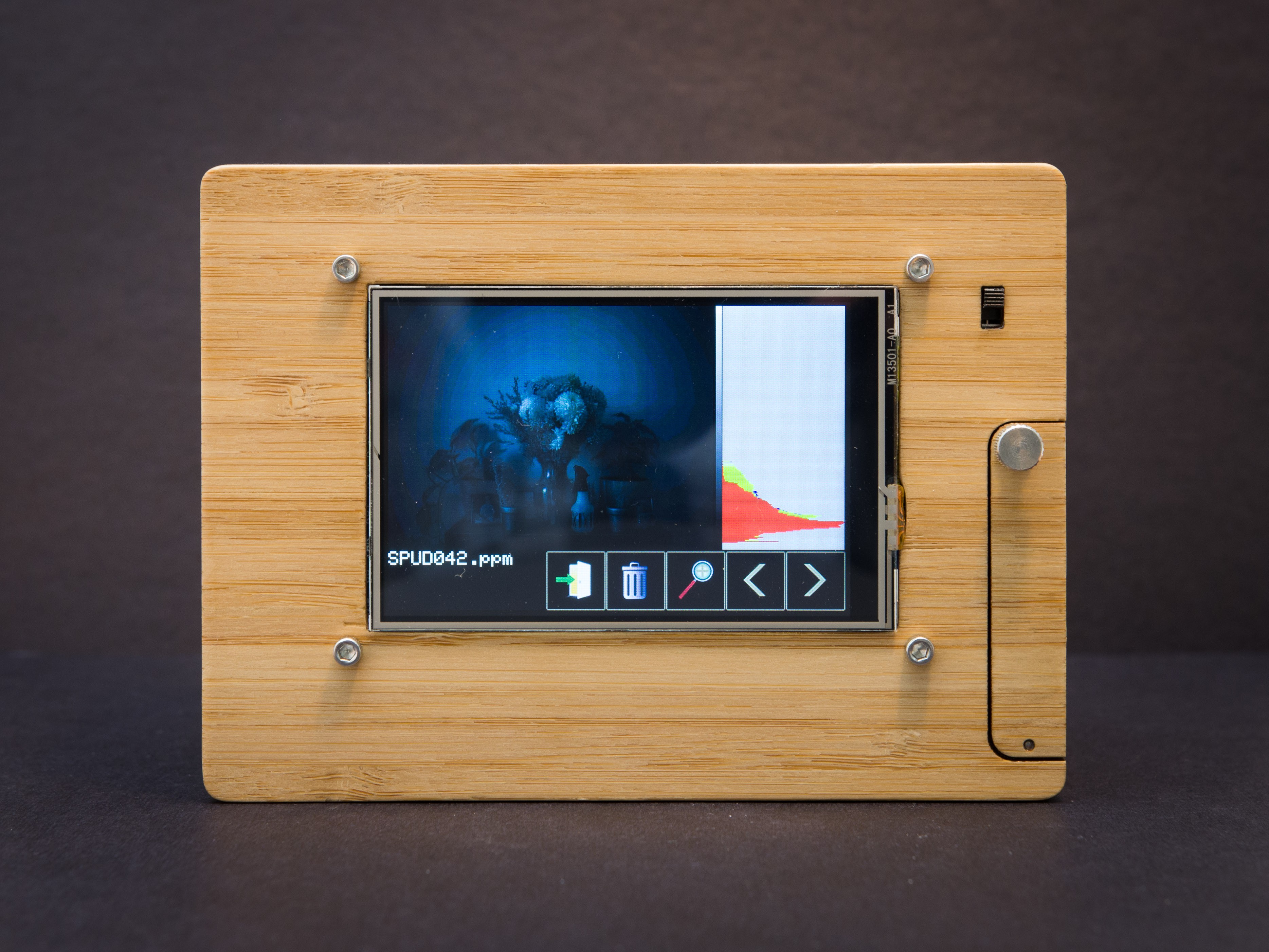 USB and microSD is accessed behind a small door held in with a thumb screw and a dowel pin. 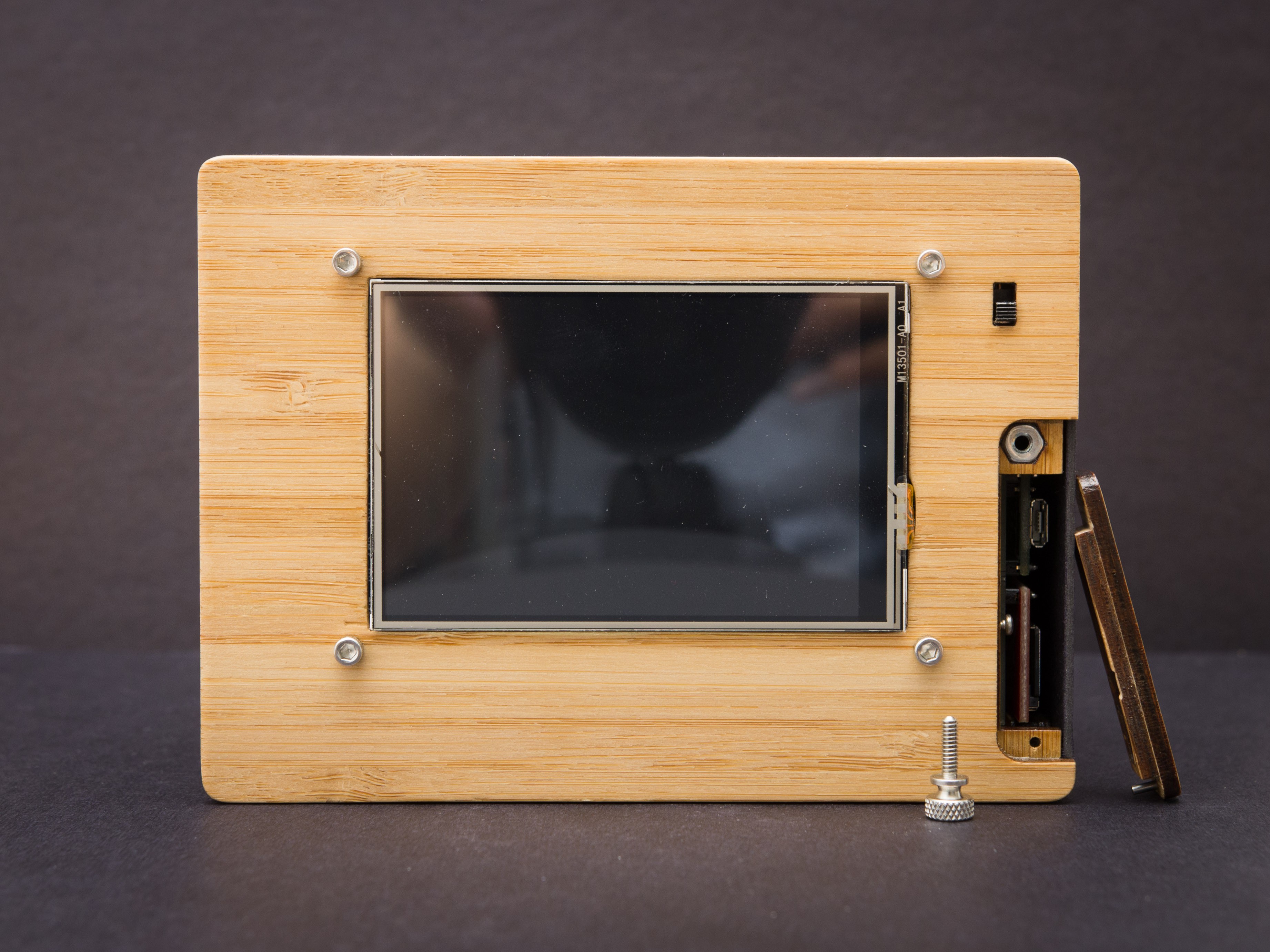 Here's another difference from the original - the lens board pops off! The lens can be swapped out (provided another lens already mounted on a lens board is available) or put away for storage. One last one to show the difference in size from the original. I'll update with actual numbers soon- but it is a big difference. 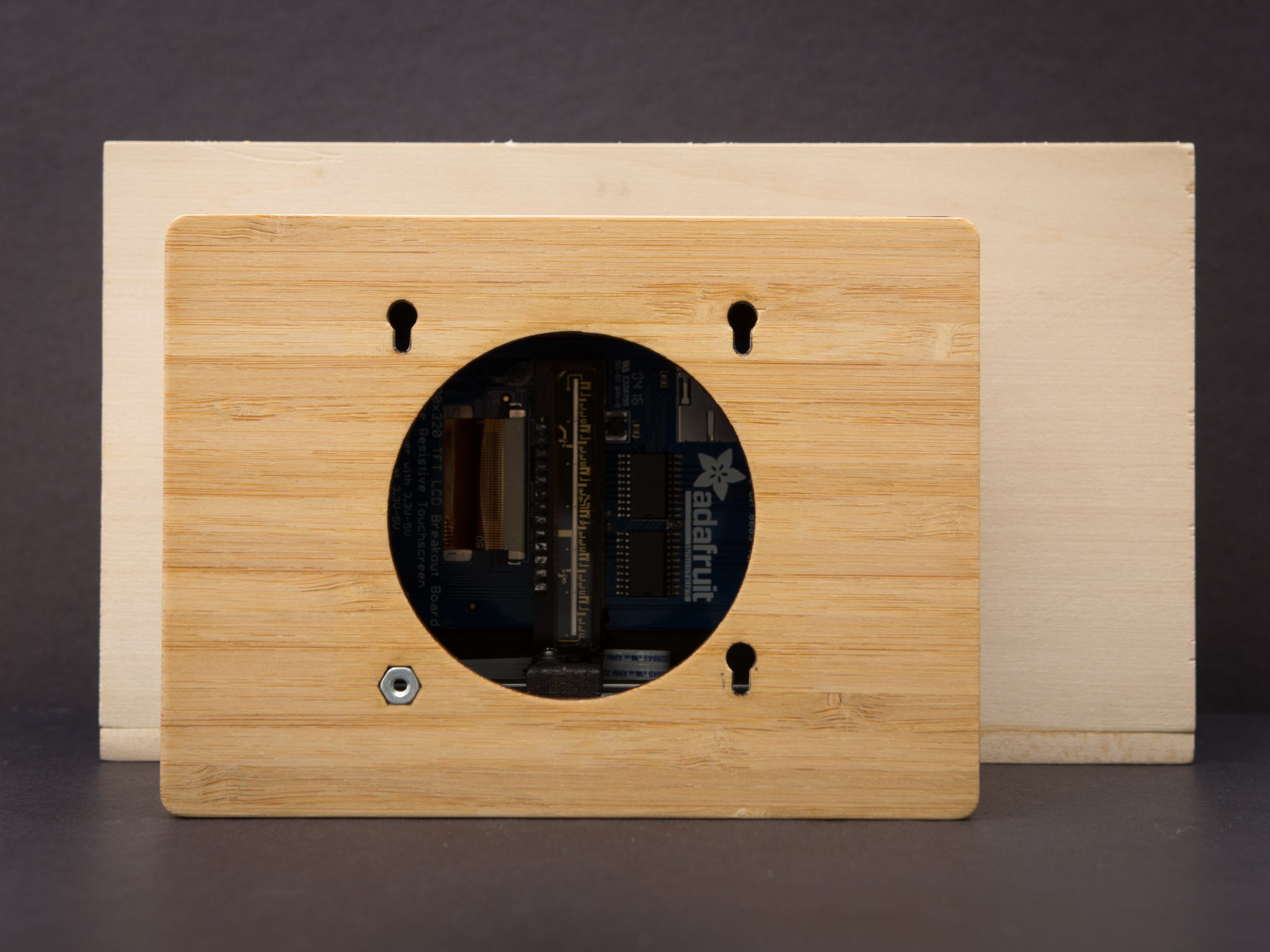 See the difference in screen size too? Also, no exposed electronics :) PCB's were made this time by OSH Park - but I goofed up the sensor board and had that one redone on thinner FR4 (0.8mm vs 1.6mm) by Seeedstudio. With the smaller body comes less clearance - so that had to get thinned down. The black cardstock cover unscrews and pops off easily, as you can see. 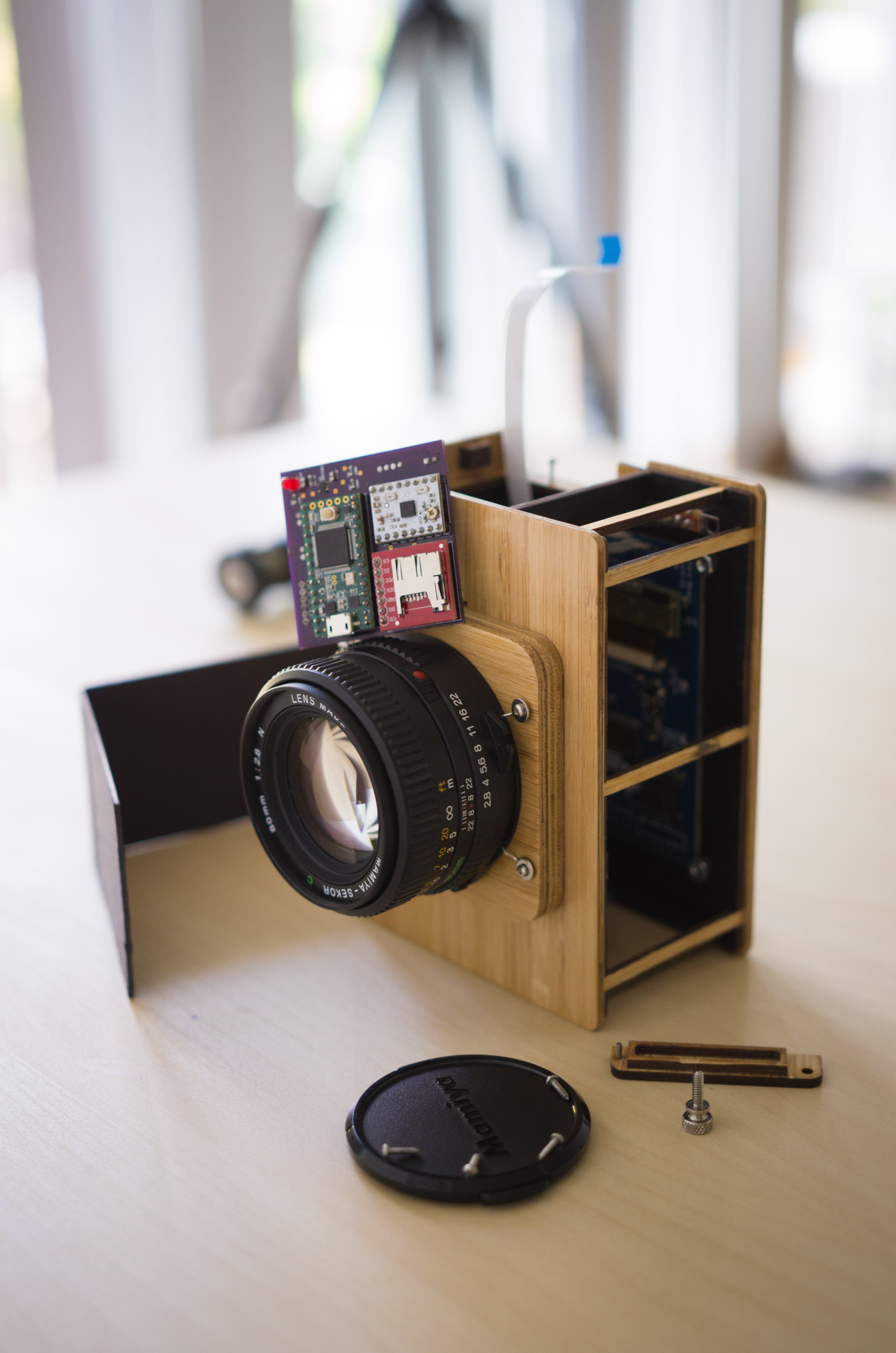 Main board has a lot of connections (all removable) - a variety of JST PH and FFC for the sensor, stepper motor, power switch, battery, and LCD. 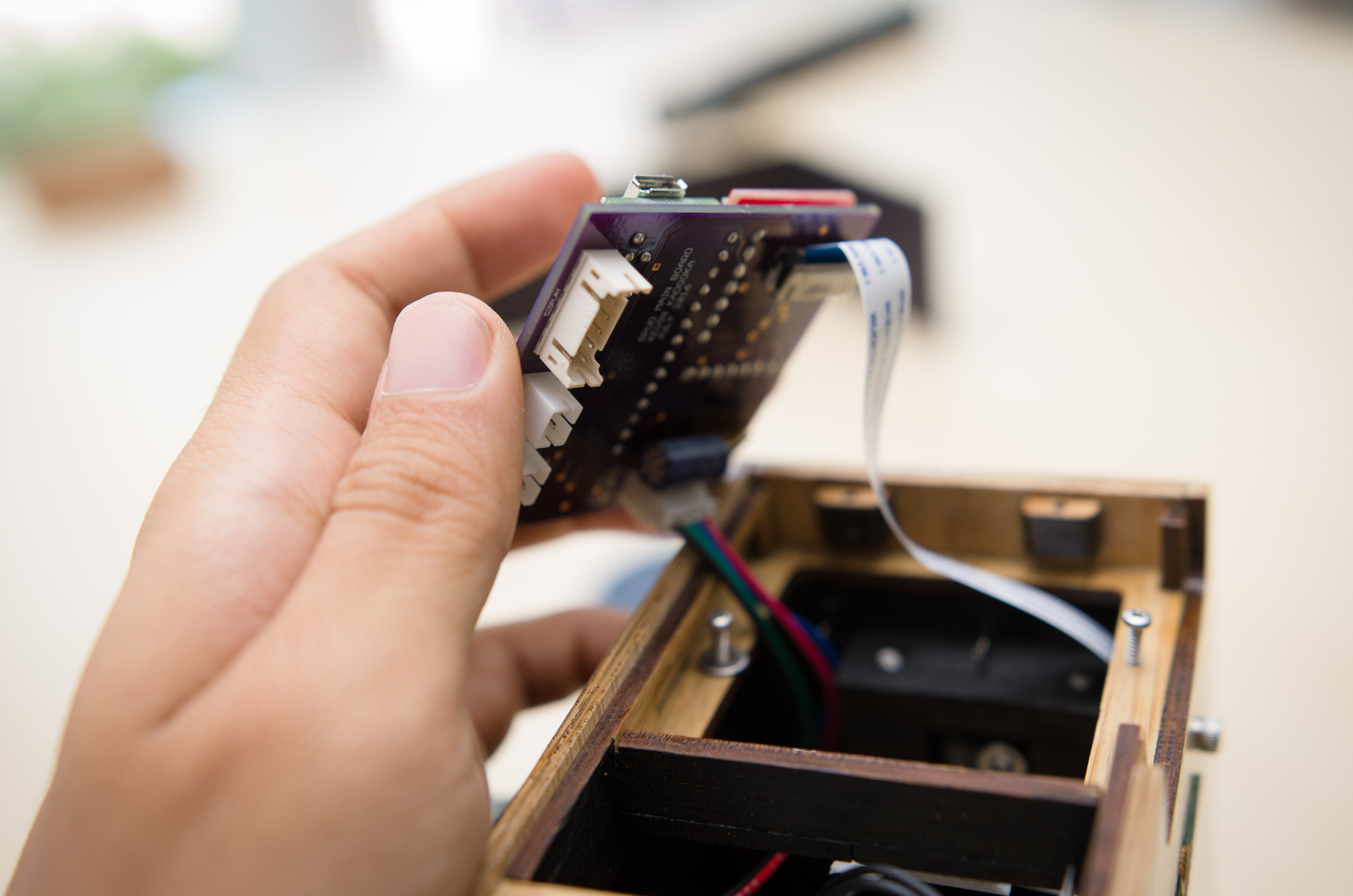 Now for some photos! It's much the same as the old camera, for the most part. Contrast is better, I think, since I blacked out more of the interior. 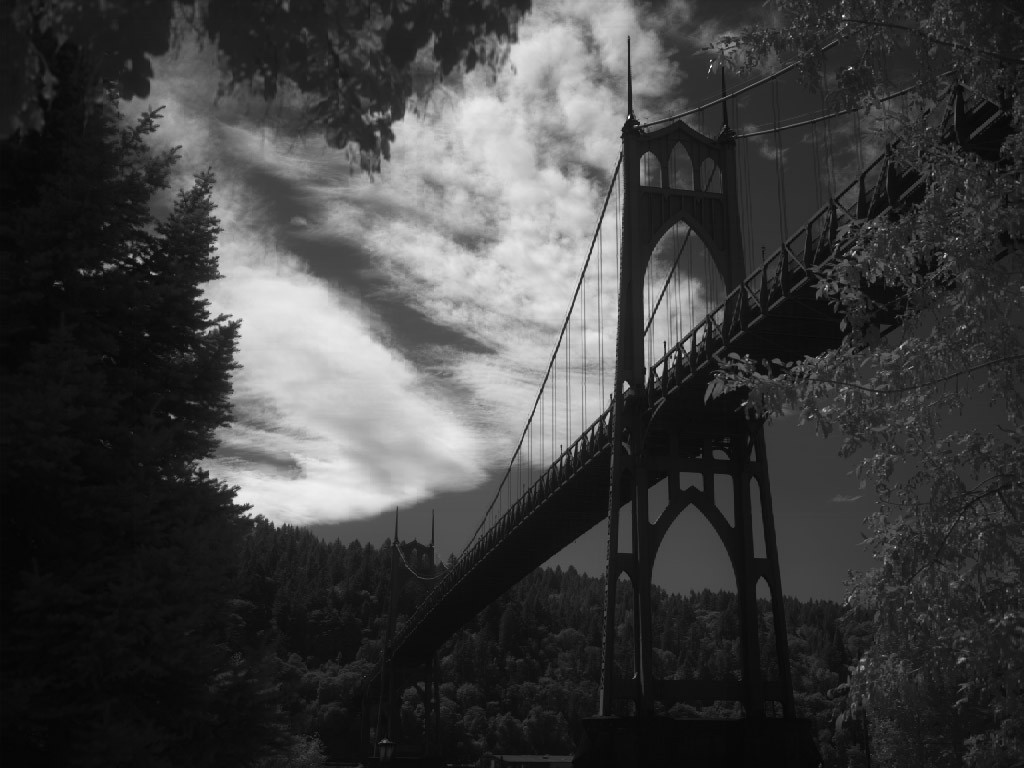 One of the first tricolors I took - a lot of banding from the cards driving by on the street. Also, without an IR filter, and with the TSL's sensitivity extending well outside of visible light - the foliage turns a weird shade of reddish -gray! Weird. 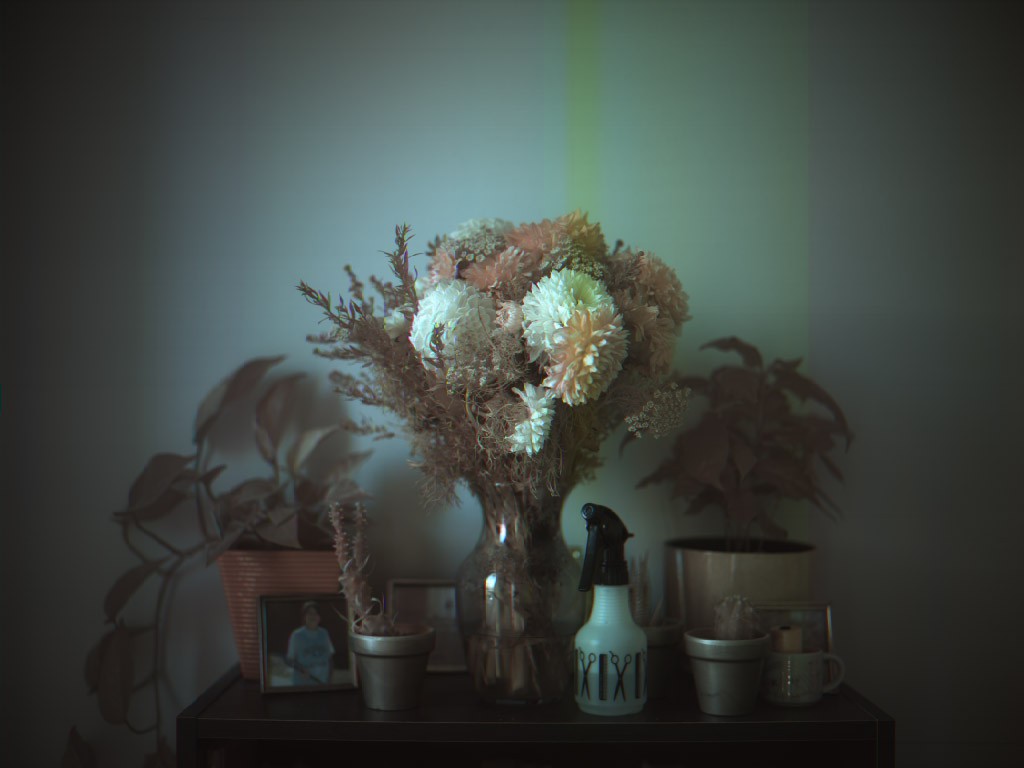 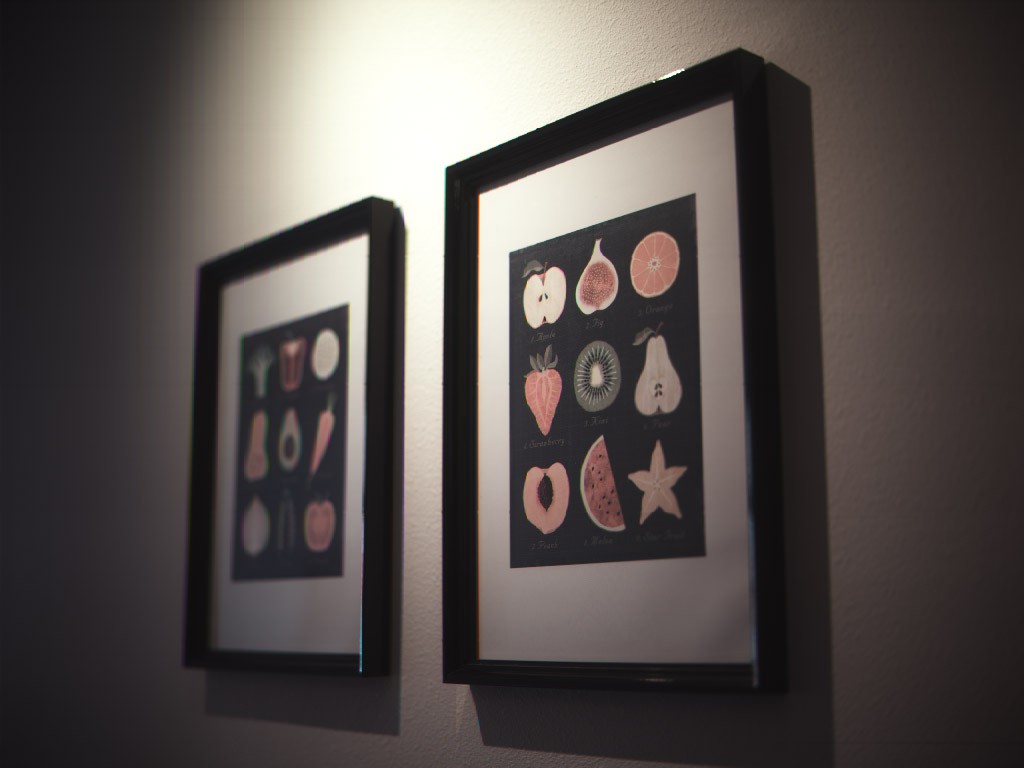 Outdoor scenes are a mixed bag. Clouds, foliage - all moving stuff - gets weird color shifts as they move. Again, the issue with IR sensitivity rears its ugly head. May have to invest in a UV-IR cut filter soon, but they are a pretty penny. 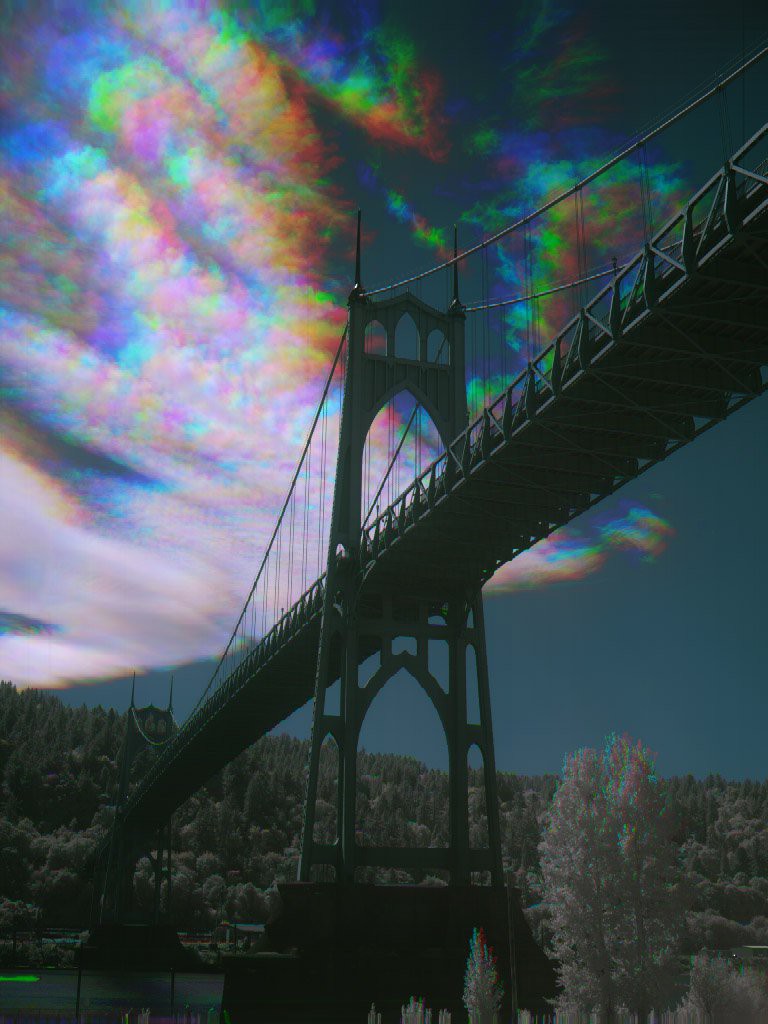 Kevin, this is beautiful stuff!

A question for you, because I can't quite tell from the images: how is the lens secured to the lens board? I'm working on a somewhat similar camera project and I've been stymied by the prospect of crafting my own camera mount… but I suspect I'm missing something simple/obvious.

Thanks for sharing all of this. It's really impressive work.