The A3 was a popular design, that worked well both during winter and summer, both as a fixed monitoring station and also when installed in buses, withstanding constant vibrations and traffic conditions. Due to interest in its huge potential, I continuously invested time and effort to make it even better. First I researched alternatives to VOC detection, implemented with the BME680 sensor from Bosch. VOC detection is far from perfect, first because the way this works, a heated filament doing REDOX reactions is not quite exact science when it comes to measurements. 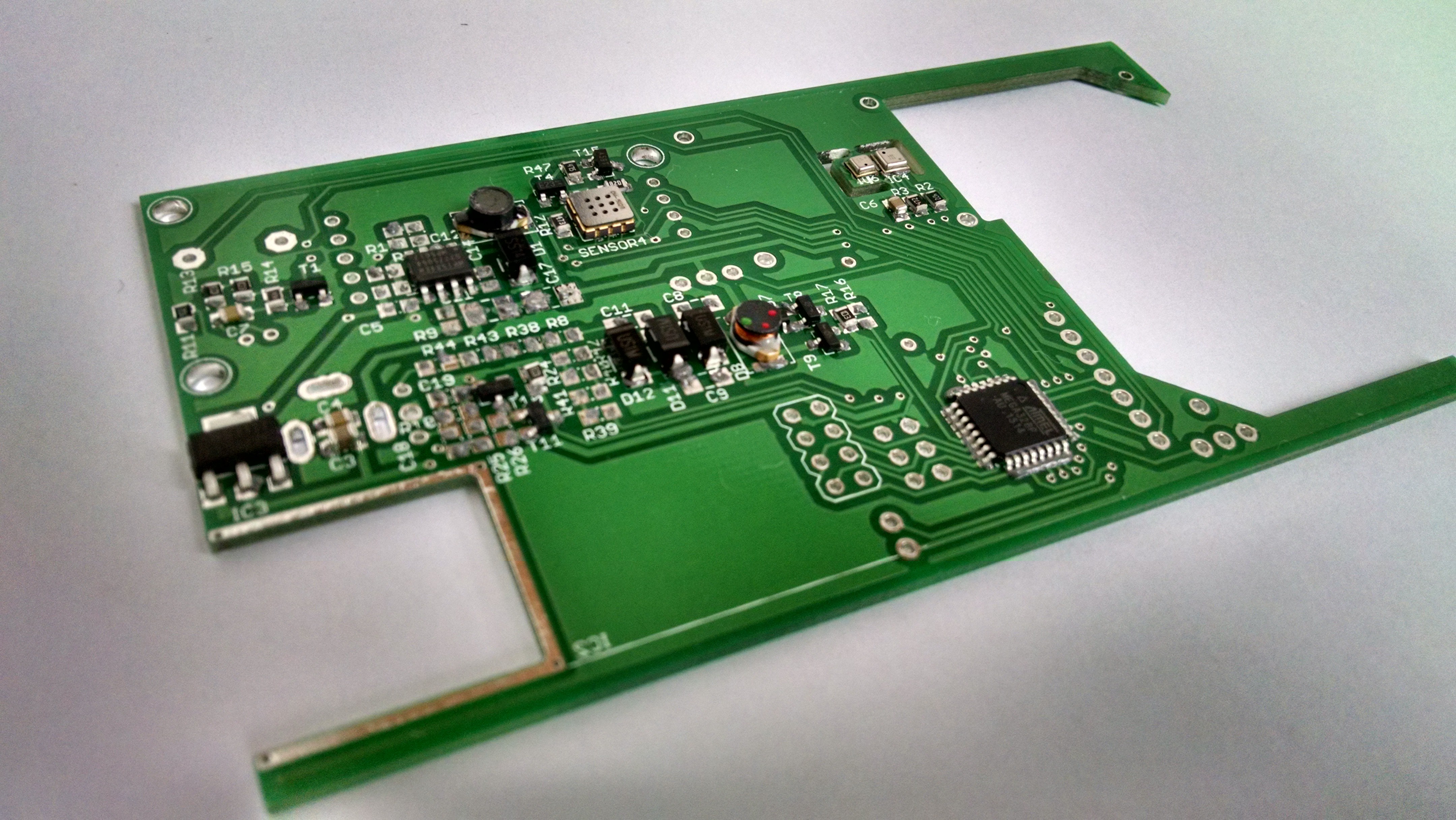 HW104 adds a new VOC mems sensor, the GM502B. This is an analogue sensor, meaning it only has a filament and a semiconductor crystal, and I had to do the heating and VOC calculations based on the crystal resistance changing proportionally with air quality. Initial tests where great, but soldering caused many problems. I tried about 10 sensors and they where all damaged during soldering, no matter what temperature settings I used. Discussing the problem with the factory didn't lead to any results.

My ambition was to add noise pollution detection to the already crowded PCB. A circuit based on an electret microphone with a simple amplifier feeding one ADC port was designed:

I wasn't happy with the noise detection results either. The good thing was both changes (sound + new voc sensor) were optional, the HW104 board could still be used with the previous sensors (BME680), so these weren't such a big loss.