This project has the purpose of, once finished, to be able to realize with him aerodynamic studies, especially focused for students and investigators amateurs. In the face of the absence of information of the design and construction of a tool like this one, it is claimed that the whole papers extracted from this project are of public domain for who like that wishes it be able to take this project as a guide to be able to create its own wind tunnel.

How was the CierzScience Tunnel project born

The idea of this tunnel came to not having neither project nor tutor of thesis at the end of my career as aeronautical engineer. After having tried to develop a project proposed by a professor at the University and know that he was far above my knowledge , I decided to be I who chose the project and as I develop it.

My first idea was to build something physical related to my career and that it could be used in the future and not to be forgotten and useless, in the act I thought to build a wind tunnel.

After a brief search on the Internet I had an idea of how it would be my tunnel, but I note that, although there were many projects like that I wanted to make, there was nobody who had detailed step-by-step how to build a wind tunnel. In one they give you an idea of how to make the body or an idea of how to develop the electronic or the measurement of forces, but none so complete.

So I decided that my project was to build the most complete possible wind tunnel, and then be able to share it with the community. Even if the result will not be perfect and that it should be go refined, I hope that will serve as a basis or guide to someone who want to repeat it enter the changes that it seems that enhance the design.

At the same time I thought in the design I thought also in the name of the project. My city, Zaragoza, is characterized by a strong wind called cierzo and I wanted to make it a tribute and end up calling the project: CierzScience Tunnel . 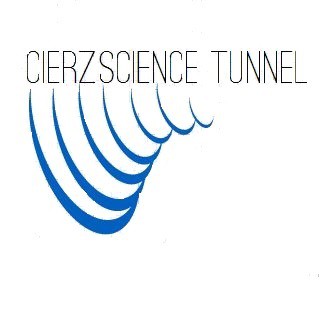 How to design our own wind tunnel

There are basically two types of wind tunnel depending on the air circulation in its interior, closed or open. With the first we have conditions thermodynamic stable and the study would be more precise but will be of a building more complex and take a larger space. With the second we will not have conditions thermodynamic as stable although the complexity of its construction and the space that deal will be lower. In this case we decided the second configuration. With regard to the other types of configurations we chose testing chamber closed, air aspirated and of course subsonic. 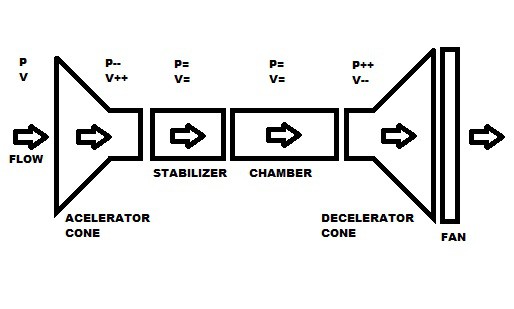 Our tunnel is thought, in the beginning, like a basically didactic tool that should allow us to visualize the flow lines about a body and to measure on him the forces to which it is submitted. The size that we think that it would be the correct one would be one that was occupying a volume of about 15 cubic cm. Later these bodies can be extrapolated to others of major size.

In the case of the construction of the CierzScience Tunnel the first thing that we acquired was the fan of second hand that conformed to the features that we were looking for. The air flow that moved, its size, the structure on which was mounted and the price were the ideals for our project.

From the diameter of the structure of the air output of the blower, the flow rate that offers us the fan, the speed in the test chamber and the volume of the object of study, we will design the rest of the tunnel. 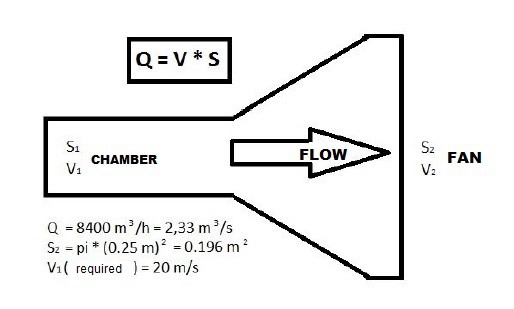 Knowing that the flow is the result of the product of the speed and the section:

I hope it doesn't take off, that would be inconvenient.

On a serious note, congrats, I like your project and wish you success, I could see this as being a useful tool for some people.

Thank you for your interest. In the next days it will extend content of the project and I hope that it continues being of your pleasure.

An open-source wind tunnel is a great idea!  I hope it takes off.

The 2016 Hackaday Prize
Design of a 500 Euro automatic BOOKSCANNER which can be build without expensive or complicated equipment or skills.
Project Owner Contributor

Bringing old hat chalkboards into the modern era so I can plot all the sweet drawings I make at Hyperloop.
Project Owner Contributor

EASY-TO-REPRODUCE MULTI-VALVE FOR WATER AND AIR