Solar lantern with a joule thief and an astable multivibrator specially designed for kids to learn soldering :)

One of the most important part of HillHacks is its school program where hillhackers conduct workshops free of cost for the local school kids. Previous edition school programmes have included(source hillhacks):

This year at HillHacks 3 I also wanted to teach kids how to solder. I believe that’s an essential skill every kid should have along with programming. During the HillHacks 0 that happened in the year 2014 my friend Akiba brought some solar lanterns based on cl0116 IC from Chiplink. That’s a pretty cool IC which drives the LEDs and takes care of charging a single NiMh battery via a solar panel. Both functionalities in a single TO-94 packaged silicon die. Since I didn’t have much time to think of a design from scratch I decided to modify Akiba’s design and added an astable multivibrator to add a blink feature to the LEDs and make it more fun for kids. Also, instead of using cl0116 I used qf5252 which is almost similar except that it has a different pinout and a cutoff voltage of 0.8v instead of 0.6v with cl0116.

The lantern has got two modes: blink and hold. In the blink mode the LEDs blink alternatively in an astable multivibrator mode with a time constant set by R1,C2 and R2,C3. While in the hold mode both LEDs will glow simultaneously. Components used:

Here are some photos from the event:

Knowledge gargen in upper Bagsu is a smaller hacker space promoting DIY repair culture among the people in mountains. Here are some pics of Pranshu and Shubham learning how to solder. :) 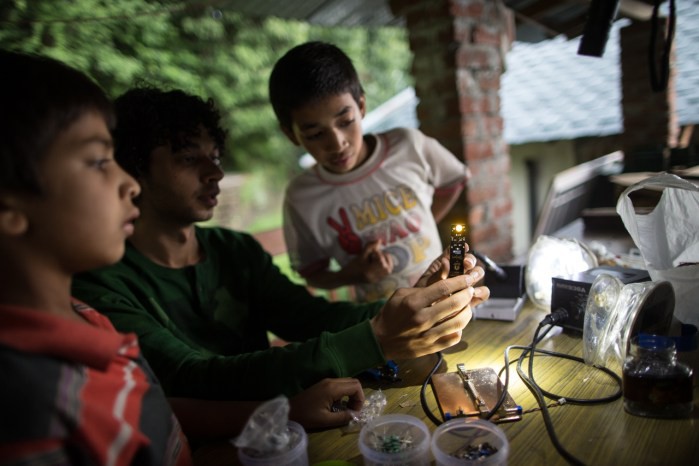 As a part of HillHacks school program we conducted a soldering workshop at TCV Suja. The school is located at the foot steps of Dhauladhar mountains of Himalayas. The view from the school is breath taking. I wish I had a school like this. Around 30 students from 6th grade participated in the workshop. To my surprise some kids soldered better than few adults at Hillhacks :), probably because they had more hands as can be seen in the below photo.

View from the school. 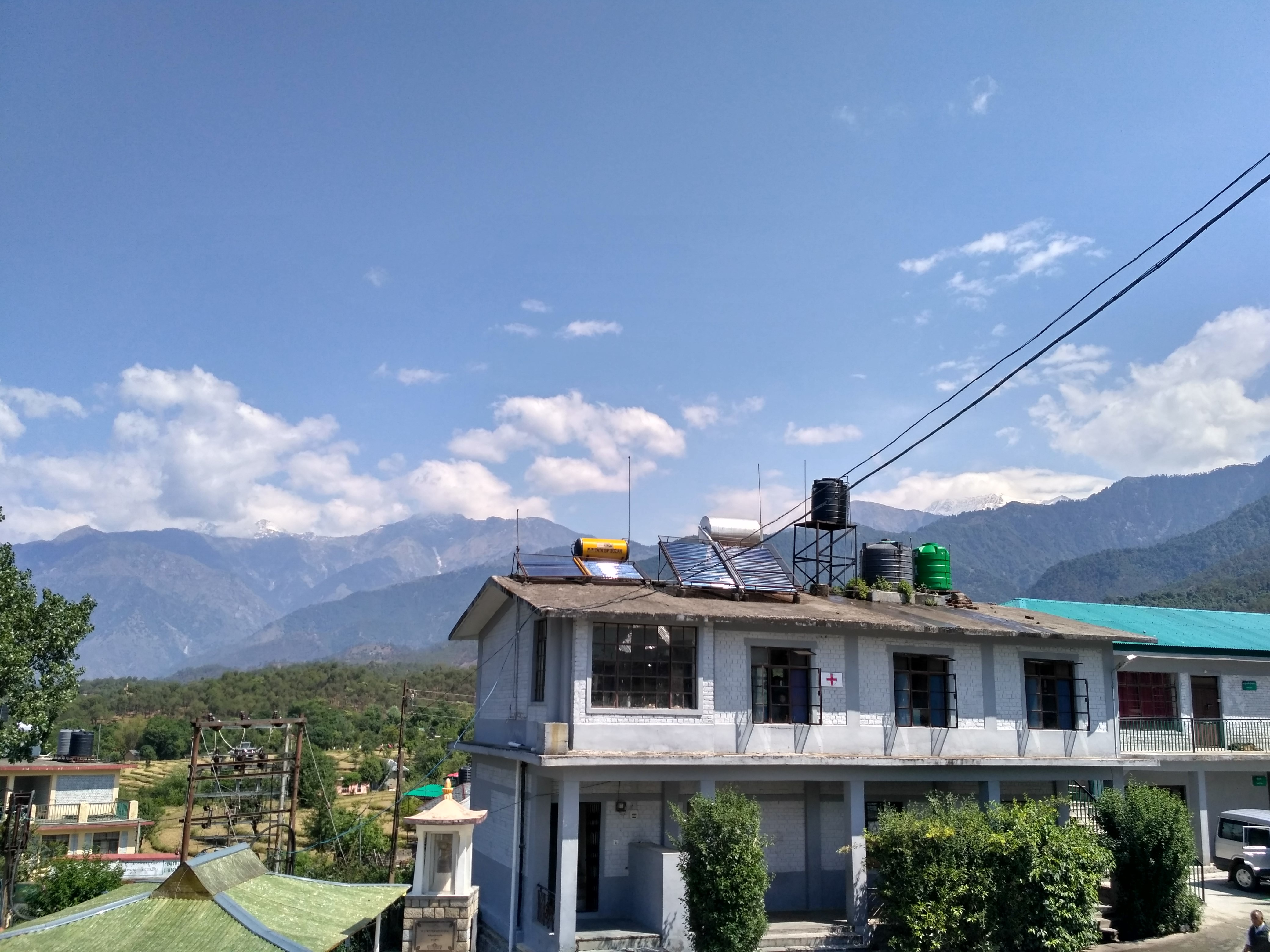 This is a wonderful program that teaches children what is really useful in life. We were not taught such skills at school, but were asked to write a lot of essays and other similar works. I never liked writing them and used https: //an-essay.com, which does a great job with any type of job.