We built an AI, nicknamed "Fido," that allows any robot to learn organically over its lifetime rather than having to be preprogrammed. Humans can train Fido by giving reward, similarly to how humans train dogs using treats.

Fido uses a modified version of the Q-learning reinforcement learning algorithm coupled with an neural network and a wire-fitted interpolator. It follows an intelligent action selection policy, efficiently adjusts its model architecture, and trains itself on samples of past experiences. These machine learning innovations allow Fido to learn 4x faster than the industry standard, making Fido practical.

To test Fido, we built a simulator and three robots of varying processing capability and kinematics. We trained Fido on various common robotics tasks, such as following a line and driving to a speaker. Fido successfully learned all given tasks in simulation and in hardware with low latency, even on low power devices like the $5 Raspberry Pi Zero. 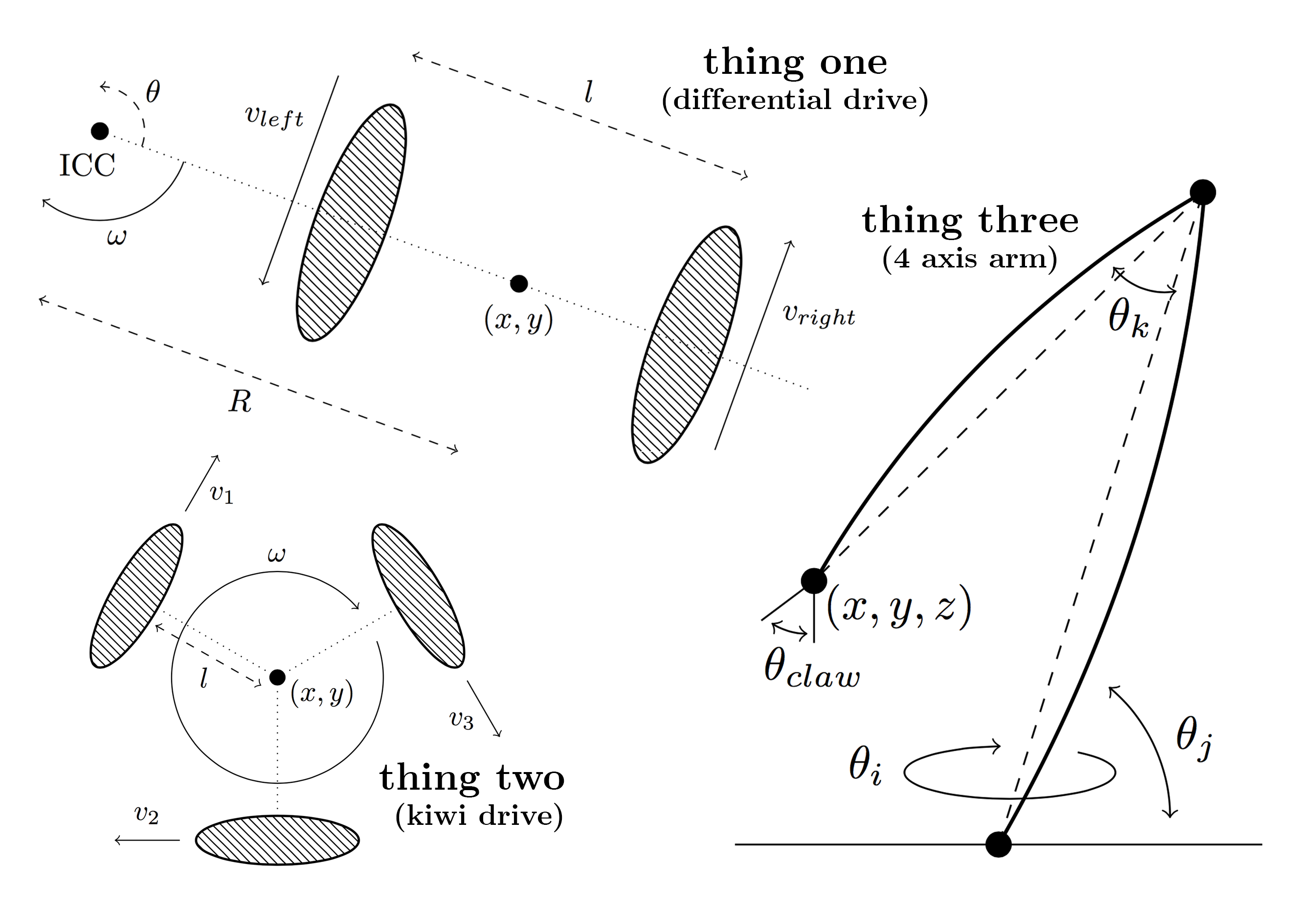 We programmed the AI in C++ with no external dependencies, writing the entire project from scratch (over 5000 lines of C++). Next, we built three robots and a simulator to test the algorithm. The first robot, nicknamed "Thing One," has a 3D printed chassis (designed in AutoCAD student), uses a differential drive system, and is powered an Intel Edison for computation. After constructing Thing One,...

"An AI that lets any robot learn through positive and negative feedback."

Once this project goes to Hackaday blog, you'll receive a lot of negative feedback, I guess. That's how the community works.

Nice project, by the way.

Oh dear.  What specifically do you think we should change?  We tried to make the title general and understandable.  In our paper we call it "A Universal Robot Control System using Reinforcement Learning with Limited Feedback," but that seemed a tad wordy for this context.  Thanks for the heads up.

No, don't get me wrong, I was just joking about some aspects of blog community.

I don't think you need to change something about it, the project is great as is. Do you have some video of robot (Thing 1 or Thing 2) in action? People love robot videos.

Ha, sorry, guess I needed some coffee.  Yeah, we have some videos, but we've been a little busy and haven't gotten around to uploading them.  We also plan on adding a lot of detail about the software and hardware implementations in our build log.  Thanks for the positive feedback.

The 2015 Hackaday Prize
I am designing a social robot that will be used to guide farmers in Pakistan on how to improve crop yield.
Project Owner Contributor

The 2017 Hackaday Prize
A robot that can control and be controlled for any kind of activities.
Project Owner Contributor