Now we have a few hundred miles on our board. We ride almost every day. Finally put some anti-skid down. Carved out the design and painted the board green under that spot. We've ridden so much the drive wheel is 1.5mm smaller than the others...might be time to rotate the wheels. Still working on putting the NRF based remote inside a Wii Nunchuck case. Took a while for a bunch of parts to arrive from China. USB-3.3v power/battery management PCB, LIPO, Smaller NRF package, switches etc. ATTINY85 has been tricky. Many nights staying up past 3:00 AM debugging the ATTNIY/NRF interface. Debugging options are pretty thin. There is a new NRF2.0 chip that just came out...has it's own micro inside...might be a better option. More homework. 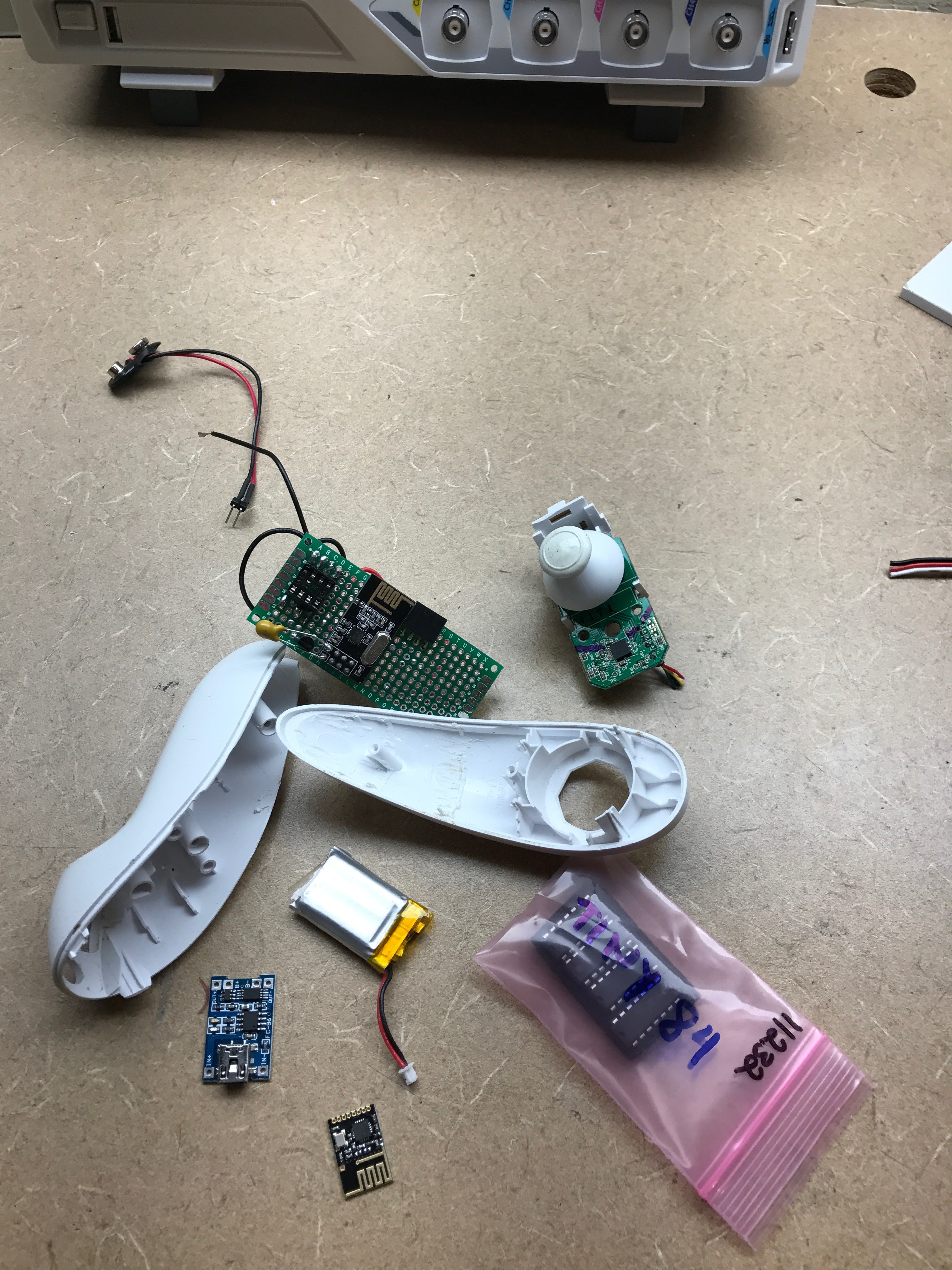 While working on our own nunchuck, we switched from our clunky, home-made NRF remote, to an off-the-shelf Nyko Kama wireless nunchuck+receiver a few months ago. Here is what we learned. 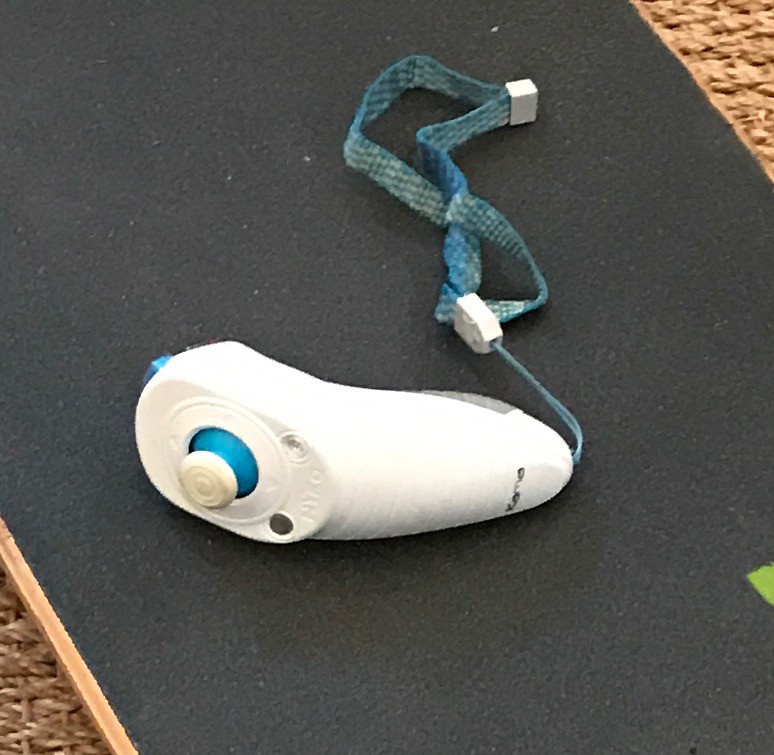 The Good - Acceleration: The biggest improvement over our home-made remote is that the VESC is now managing acceleration/deceleration via the nunchuck 'app' rather than the ppm/pwm logic on our remote control. IMO there is no comparison. The VESC knows the wheel speed, so when accelerating after coasting, the throttle response and added torque is instantaneous. Just no way to implement this feature on the remote control because you need the wheel speed information to program this behavior. The Wii remote is light and feels good, battery life on 2 AAA has been great, the thumbstick is smooth and very easy to control.

The Bad - Cut out: Like many others seem to have experienced, this remote cuts out under high load..ie goosing the throttle going up a hill, the VESC with shut down and resets after about 2 seconds. Really sucks. Still haven't figured it out. Some popular theories are

2) RF interference from the high-current VESC

4) Some other VESC software issue.

As far as I can tell, the community is still guessing the cause...and no one has found a solution. Like others, I managed to get some improvement by shortening the wires between the VESC and the receiver, and moving the DC/AC power wires away as much as possible. But given the geometry of the VESC there is only so much spacing you can do. I'm planning on building a telemetry setup using arduino and a data logging chip...more parts from China...so we can definitively answer this. I'd ike to plot throttle position, speed, Battery voltage, 3-phase voltage, voltage to the remote.

Final Conclusion: Wii-Mote is OK...not a final solution. Using the VESC's nunchuck app really raised the bar for performance over any remote control using the PWM input. Our next NRF remote...any remote...will absoltely have to use the nunchuck input protocol.

I added two 147uF capacitors to the Wii-Mote receiver VCC/GND last night but no improvement to the cut-out problem. Unless the supply voltage goes completely to zero (which I doubt), these should provide 1-3 seconds of current in a typical transient low-voltage situation. ( 1v drop * 294uF ~= .300C . 100mA draw (a total guess). 1v drop = 3 seconds, 2v drop is about 1.5 seconds to discharge the cap)

The VESC allows for setting a single value for braking force to be used in the event of a remote control time-out...ie if the remote battery dies. Better than nothing, but ideally it would implement a ramping break that would start small but progressively go to MAX breaking over say 5 seconds. If the remote cuts out on level ground, you are fine as is. But if a remote failure happens while going downhill...or approaching traffic...you are pretty much hosed. You don't want to set a single high value either because if you're not ready for it, max breaking will toss you off the board.

Second E-Longboard in the works