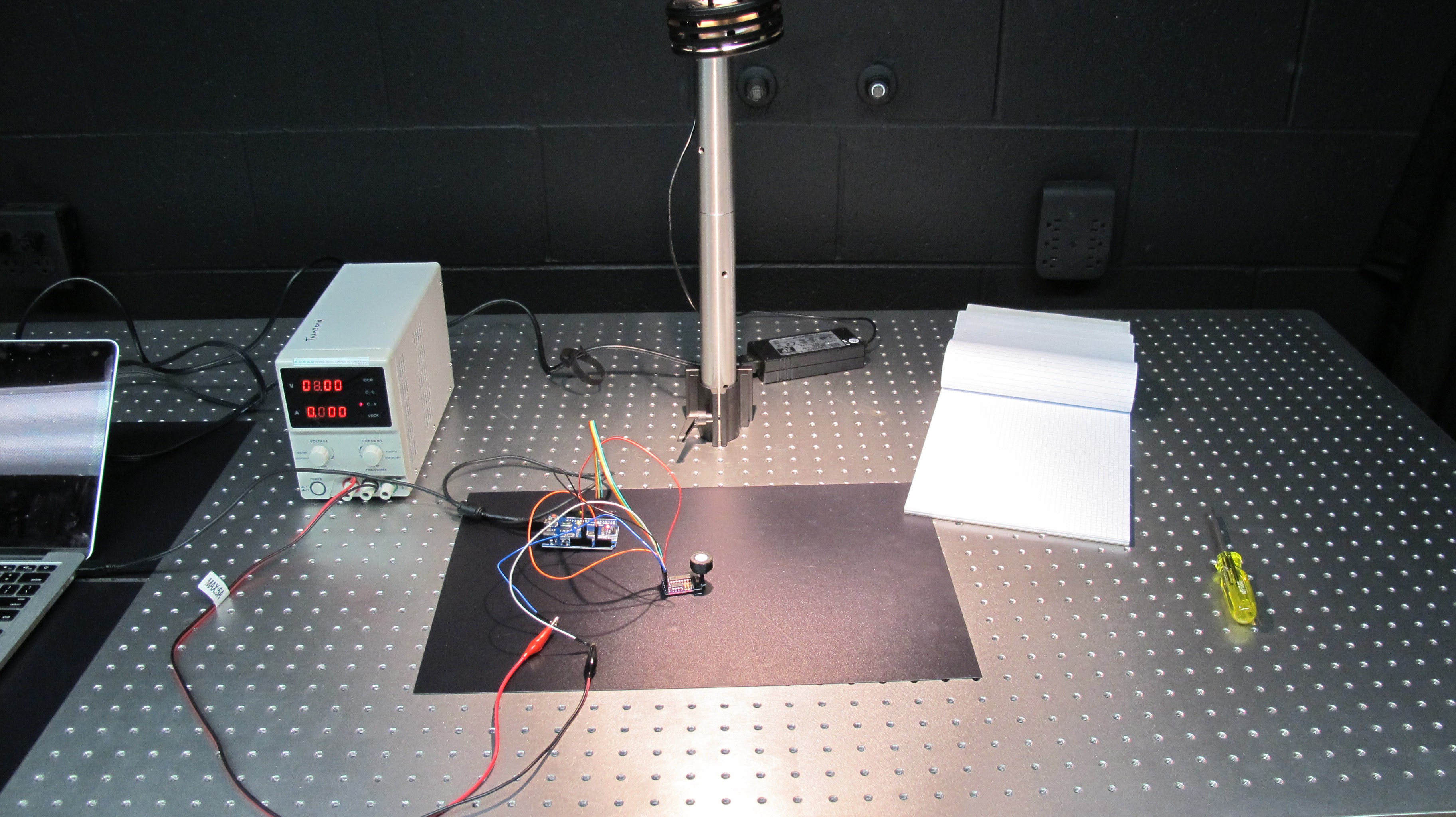 I did the initial set of tests on the op amp circuit without feedback capacitors and found that at high light levels the large feedback resistors (10 and 1 MOhms) resulted in wildly oscillating values. To try and remedy this I went ahead and soldered up another board this time with a 10 pF capacitor in parallel with each of the feedback resistors, which seemed to solve the problem. The picture below shows a both mux circuits with and without the feedback capacitors. The figure below shows the output of the op-amp for each of the feedback resistors along the light level gradient. One thing to note is that for the 22kOhm resistor there is no data, for some reason it wasn't working correctly I think I messed the resistor up or the mux pin connected to it while soldering the circuit. You can seen that after a certain light intensity the feedback resistors saturate which makes having multiple resistors very valuable, same for the opposite effect at low light levels where there is no/very little response.