Because I was unable to detect a chlorophyll fluorescence signal last week from the water I sampled from a local lake I decided to try and extract chlorophyll from some leaves to do some testing. I picked some lettuce from my garden and cut it up with scissors and ground the leaves in rubbing alcohol with a mortar and pestle to break down the tissue I filtered the ground up leaves into a vial to remove any solid tissue. 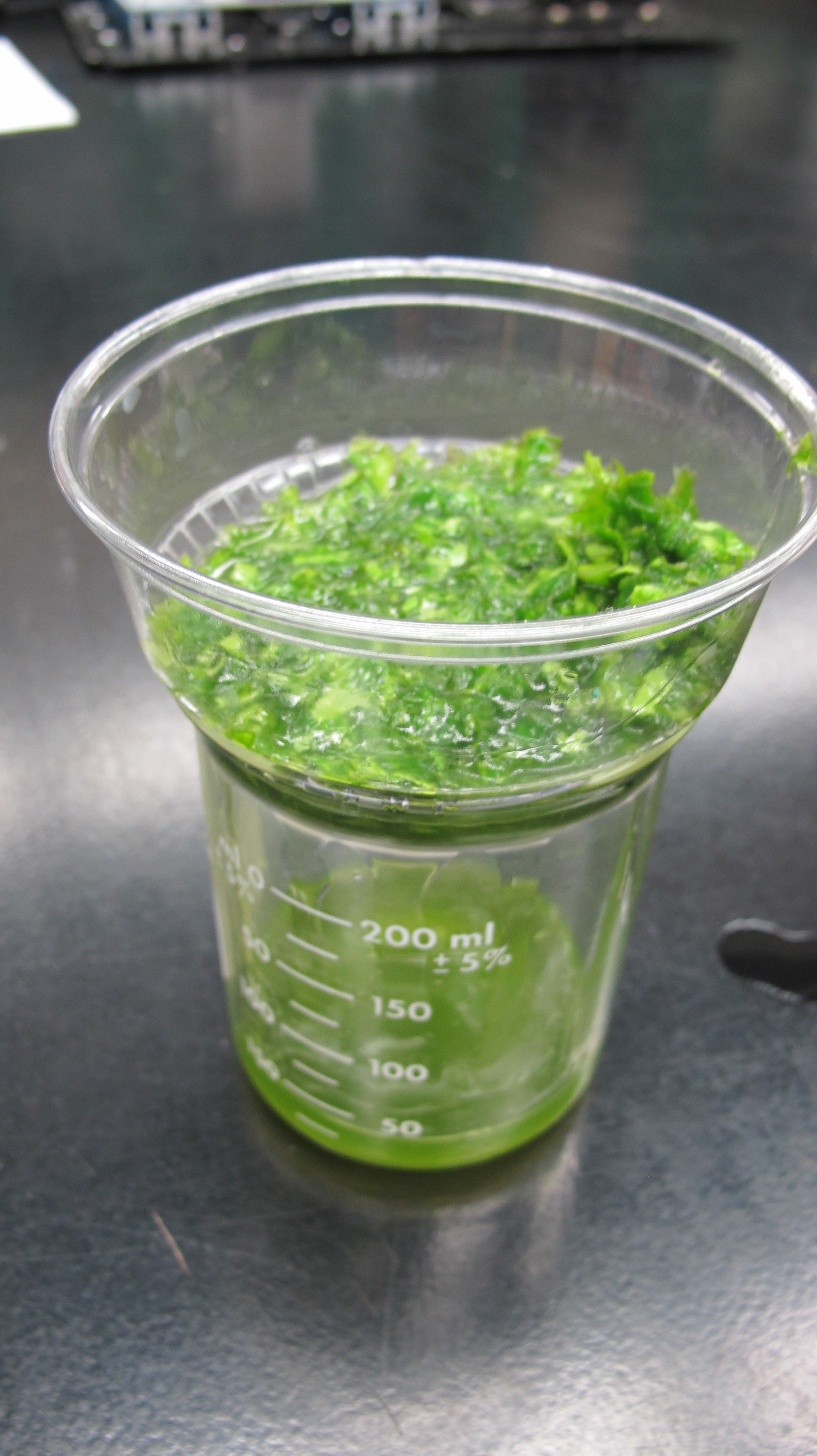 a minute, I then let the vial sit for about 10min in a fridge to let the rest of the tissue settle out. 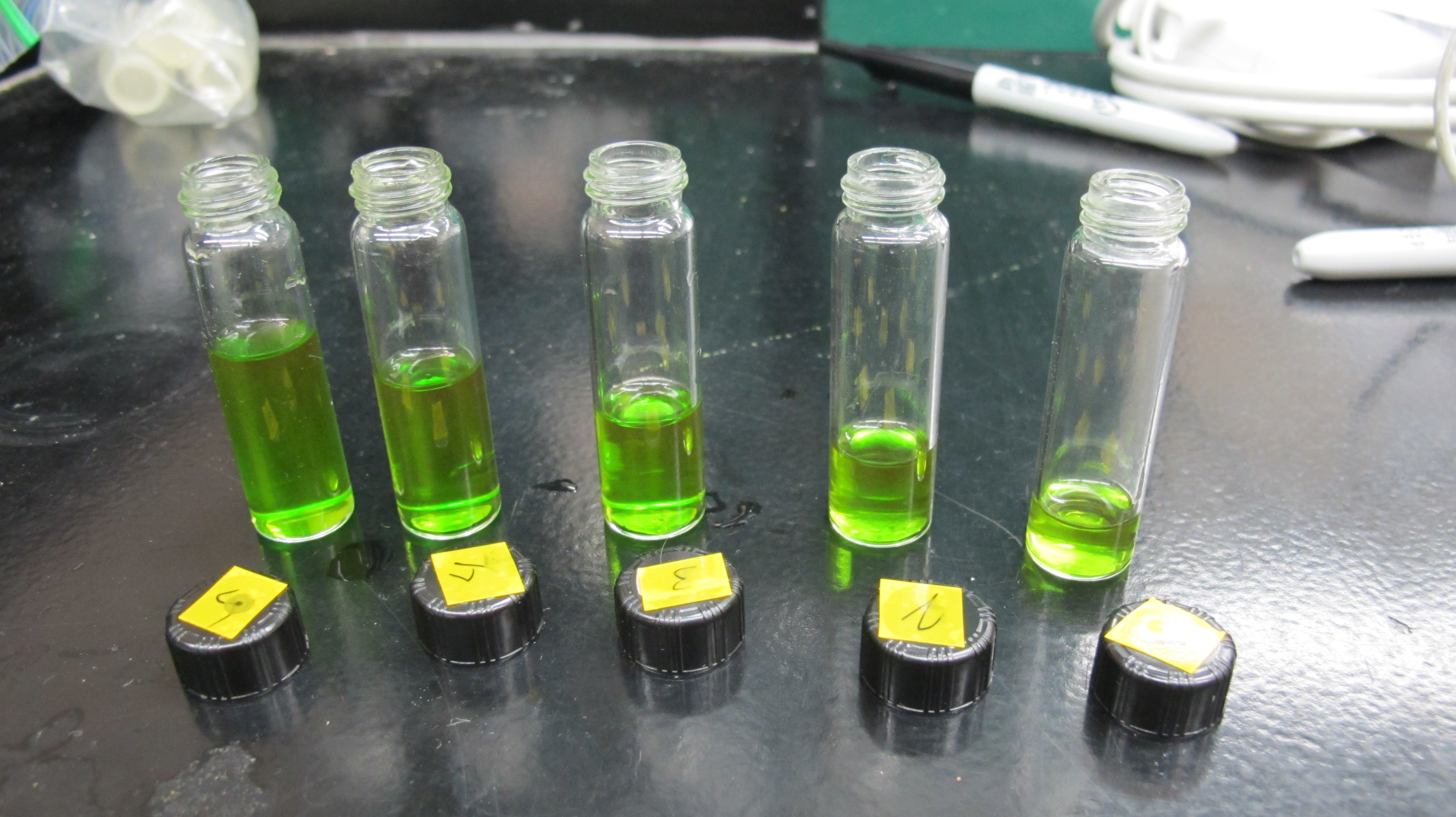 I used a similar set up as last week to illuminate the vials with 470nm LED and measure the water leaving signal using a spectrometer. 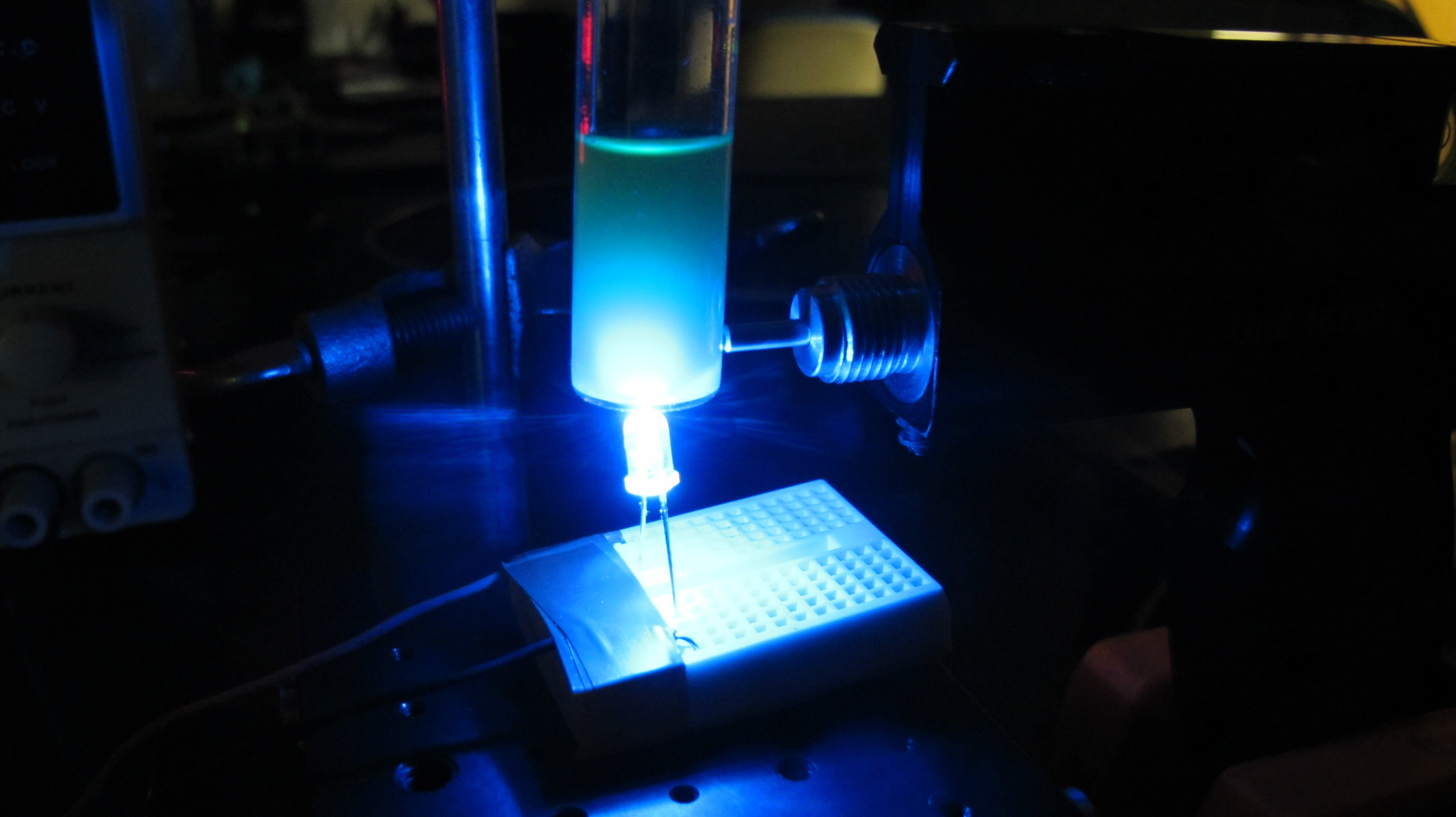 The figure below shows the results. As you can see with increased concentration of chlorophyll extract the fluorescence signal also increases. In order to measure the fluorescence signal using a photodiode I needed to block out the light emitted by the LED. I used a cheap Roscolux filter to block out any light with wavelength a less than ~620nm as was done by Leeuw et al. 2016 in their fluorometer. 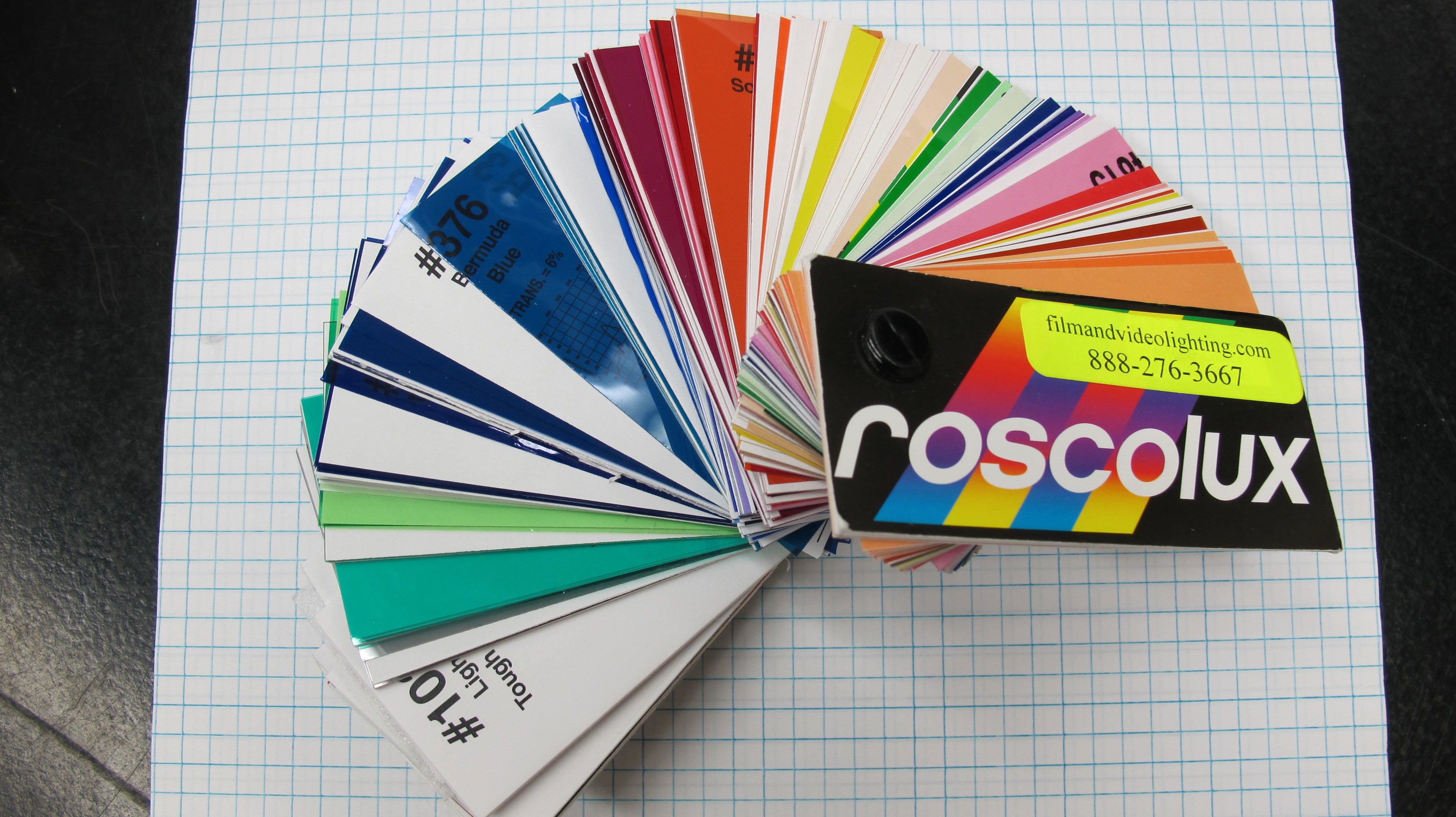 They used a # 19 filter in their design while I used the # 25 filter as it has a slightly high cutoff, which is important because the photodiode I am using has a higher emission peak than theirs (470 vs 420nm). 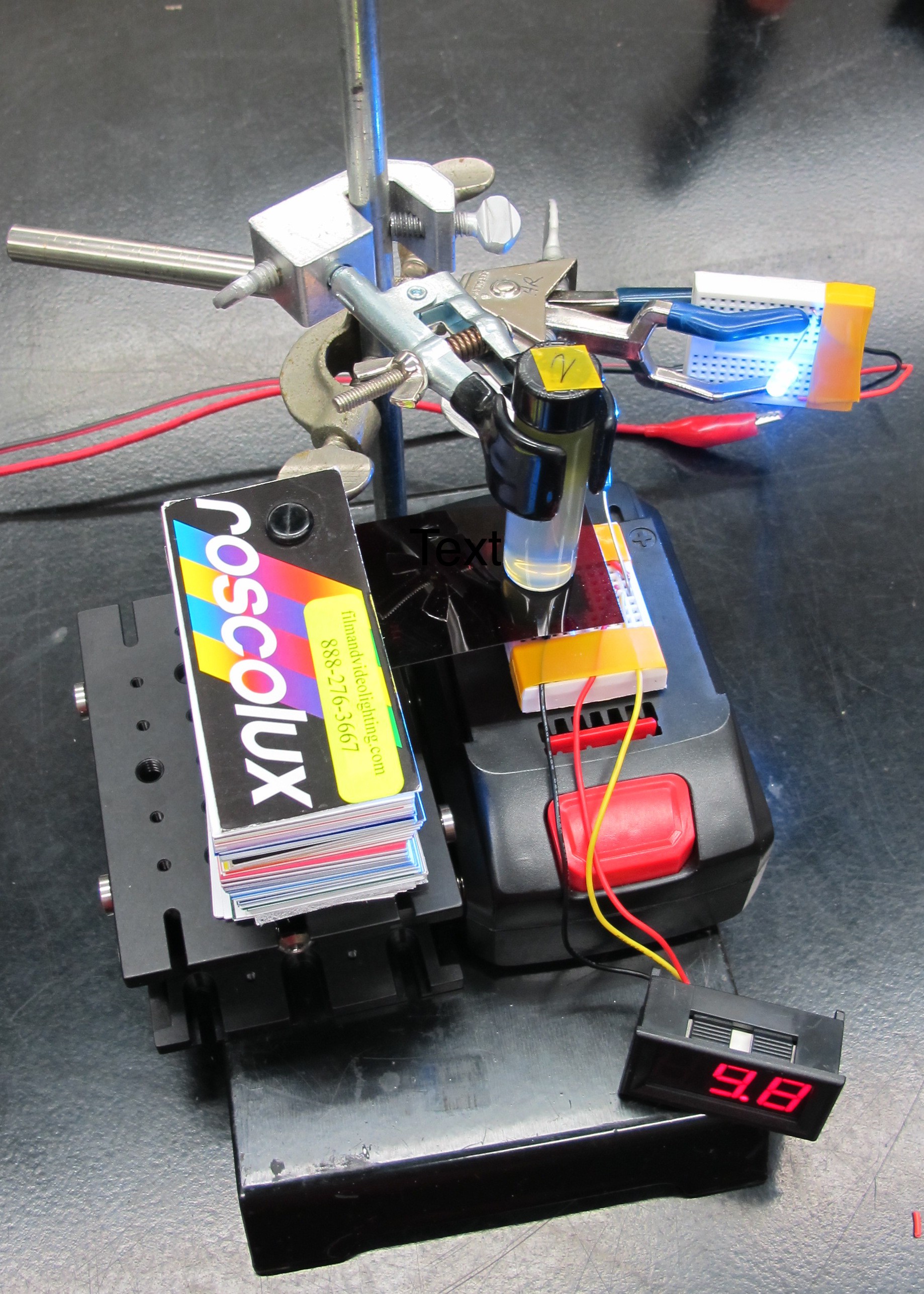 I then went ahead and measured fluorescence signal of each of the vials of chlorophyll extract. I made the measurement 3 times for each vial to get and average value.

The graphs below show the results of the photodiode fluorescence measurements.