A DragonBoard 410C based security system designed to look for Dragons

The passive infra-red sensor detects motion in front of the detector and activates the WebCam to take a picture. This is analysed by OpenCV to determine if the movement was a dragon. If a dragon is identified then the system makes a call to IFTTT, triggering a notification on a mobile phone.

The project was enhanced with a 3D printed knight and a servo to move the arm. The RGB LEDs were placed in his head and the body contains the servo. These are all controlled with a PiCon Zero board connected via some level shifters. 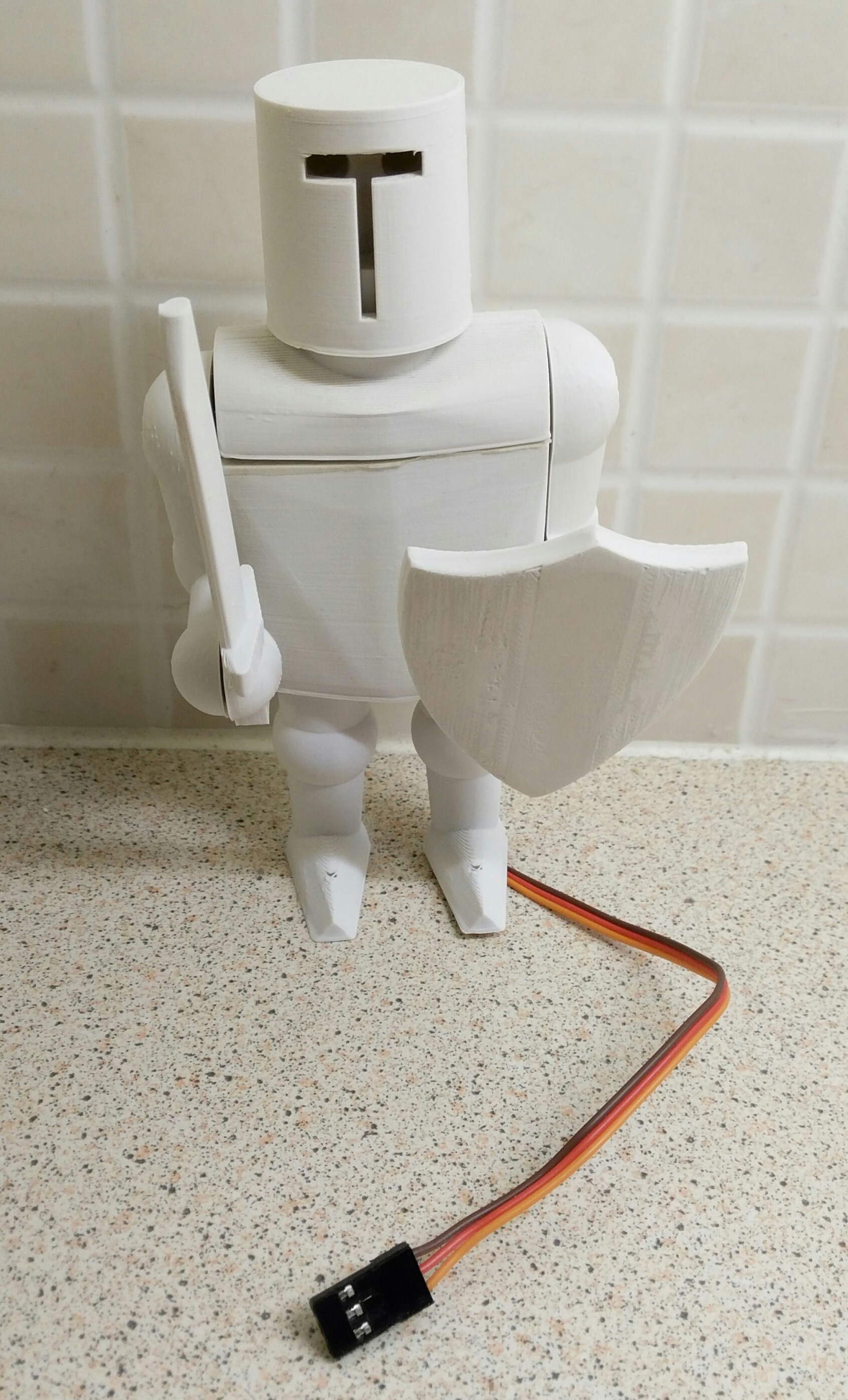 Because every project needs a twist.
Project Owner Contributor

The 2015 Hackaday Prize
A homemade photobooth based on a raspberry pi.
Project Owner Contributor