I have received the vacuum pump. I have tested it and there was no problem picking up components, so it looks like it's large enough. It's a bit noisy, but not too bad. I will mount it in a box to dampen the sound a bit. The power for the pump will be controlled by PWM to keep it running as slowly as possible to make it last longer and to reduce noise. 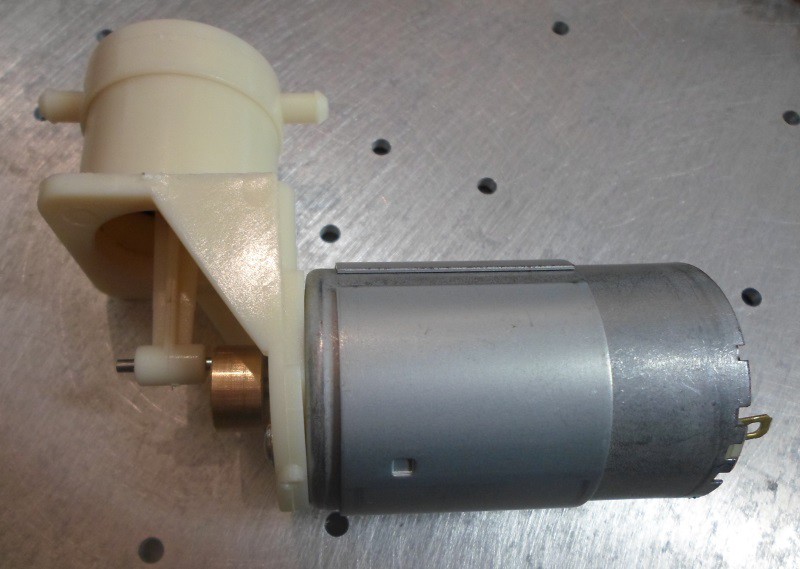 I cut a aluminium plate to size and drilled holes to mount all the power supplies, stepper drivers and all the boards. I'm mounting everything like this to have it easily accessible for probing and modifications. In the finished version all of this will most likely go into the base of the machine. 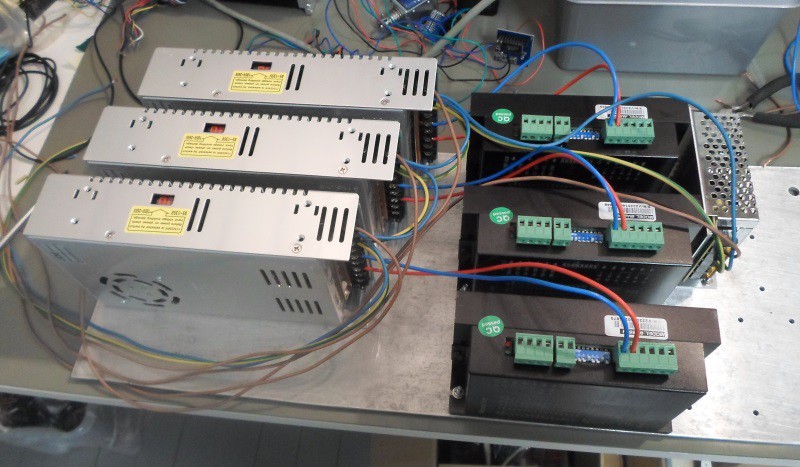 I'v cut out the base of the machine from a 12mm aluminium plate. (No picture yet.) Next I will drill and tap all the holes needed to mount feeders, the Y-axis linear rain, stepper mount, bearing blocks and the PCB holding fixtures. I will cast an epoxy-granite composite base under the plate, but I have not decided if I'm going to do it before assembling the machine or as an improvement later.