Over the weekend I assembled the newest version of the controller board and ran some tests. The ESP8266 circuit remains unchanged from version 1, so I didn't solder in a module just in case there is something fatally wrong with another part of the circuit.

The new regulator circuit works like a charm, the huge voltage drop found in the previous regulator is no longer present meaning longer operation times for TyroBot. The charging circuit appears to work, however I have not yet complete charged a dead battery to full capacity.

I am still in the process of programming the ATSAMD21 and so far so good. Like I said in a previous log I don't have a Atmel ICE or J-Link debugger/programmer so I am attempting to hack the bootloader/firmware on the chip with STM's programmer, the ST-Link. Normally you would flash the chip in Atmel Studio, but the ST-Link is not compatible with the software. Instead, I have been using OpenOCD as the software and am semi-successful. I am able to communicate with the chip, but still unable to get Atmel's or Arduino's bootloader flashed. After a few hours of failed attempts I gave up and just ordered a J-Link.

I'm pretty sure the problem is my sketchy programming setup and not the board itself. We will see in a week or two. 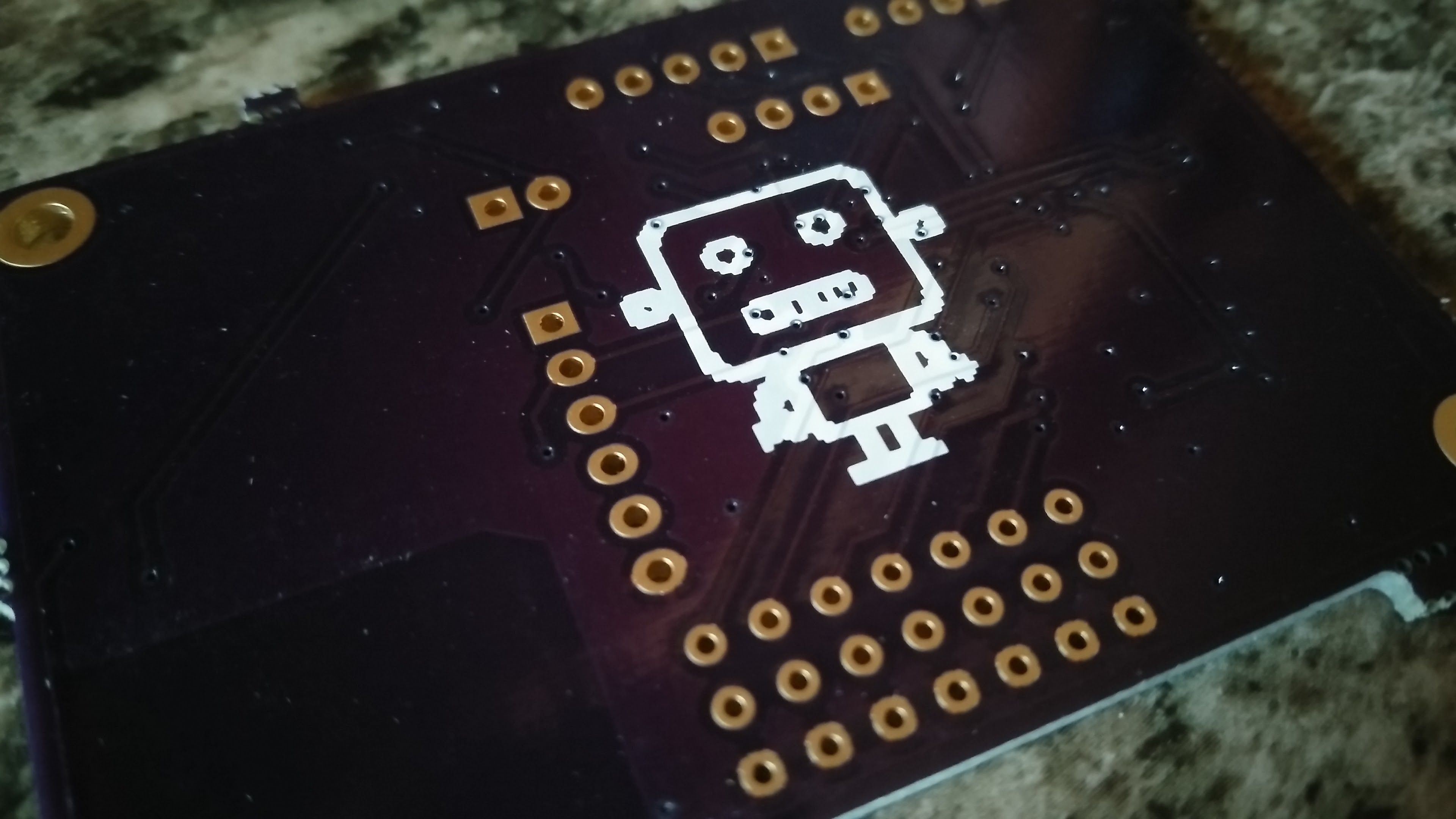 Prototype Complete (well not quite)