The choice of structure type and material type aren't independent of each other. Different materials are better suited for different structure types. Therefore both need to be considered together.

A lot of experimental aircraft use a monocoque or semi-monocoque structure. Typically these types of structures are sheet aluminum or composites. Another common type of structure used is a truss frame that is then covered.

For the Mk II frame a truss structure design was chosen. One of the primary reasons was that analyzing a truss structure is more within my capabilities, especially with a software written specifically for truss analysis such as Frame3DD, an open source software package. There are other methods and software out there for analyzing other structure types, but the learning curve is a lot steeper.

With the stucture type chosen, the material type was next. Experimental aircraft with trusses are typically either built using 4130 steel or aluminum depending on the loads. Another material possibility is carbon fiber tubing. The decision to go with aluminum for the truss was influenced by looking at aircraft with similar total weights and similar engine weights. Aerodrome Aeroplanes is one example of one of those types of aircraft. The frame are very light weight (this build log has the builder holding the fuselage by himself) and the time/effort required to build them is less than other types of aircraft.

The specific type of aluminum chosen was 6061-T6. Alloys considered were basically ones that were easily available and have a reasonable amount of corrosion resistance.

As mentioned above, Frame3DD was used to the the analysis of the truss. The inputs consist of a text file containing a list of the node coordinates, a list of the frame elements and their properties, and the loads. The tutorials are fairly straight forward and the software can simply be run from the command line. Below is a simplified analysis of the Goliath Mk II structure. 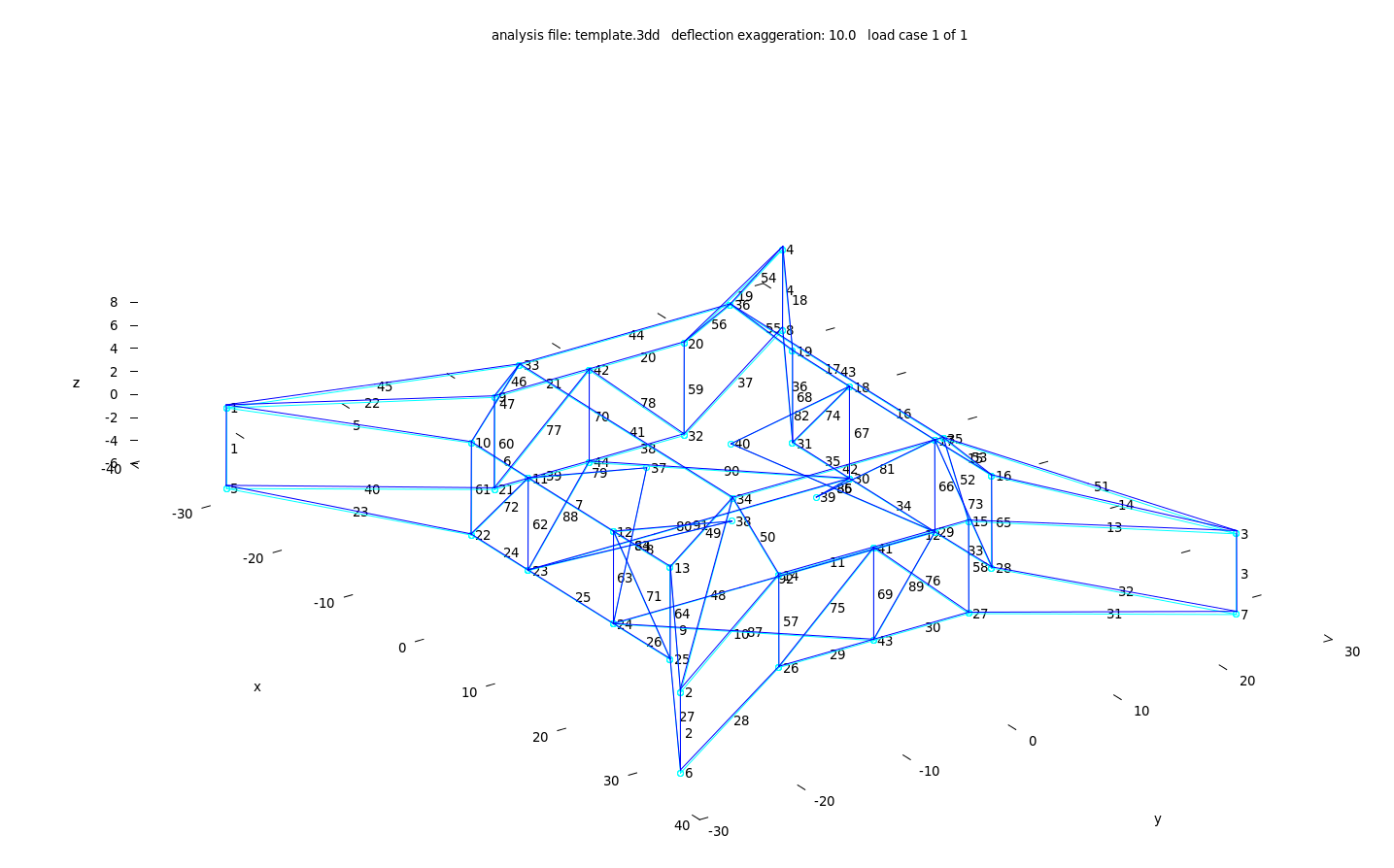 The light blue lines represent the truss with no loads. The blue lines represent the frame deflections under load with an exaggeration factor of 10x. Keep in mind that this is with no factor of safety, but the analysis suggests that the frame will see very small deflections. The primary reason is that that I chose the tubing size optimized on cost (just found the tubing with the lowest cost/foot ) and not by weight or stress.

The remaining choice for the structure was how to join all of the frame elements. The primary options were welding the joints or using gussets and rivets. Welding would likely provide a lighter structure, but the high vibrations could cause cracking at the welds. It's also not something that most people have in their skill set. Riveting on the other hand handles vibration well and is something that can easily be picked up. Therefore the choice was made to go with aluminum gussets and stainless pop rivets for the joints. Again this is a technique that is used on lightweight experimental aircraft.

So what does this all mean? A stiffer frame and significantly less weight compared to the Mk I vehicle. Because of all of the reconfiguration done on the Mk I vehicle, there wasn't a direct measurement of how much the frame weighed, but the total weight of the steel structure is probably around 50 lbs. Even though cost was a big driver in sizing the frame elements for the Mk II vehicle, the structure is estimated to weigh less than 30 lbs.

Meanwhile, back in the shop

There'll be more details in future project logs, but meanwhile back in the shop, the actual hardware is starting to come together. Today the first of many rivets were placed on the new structure. 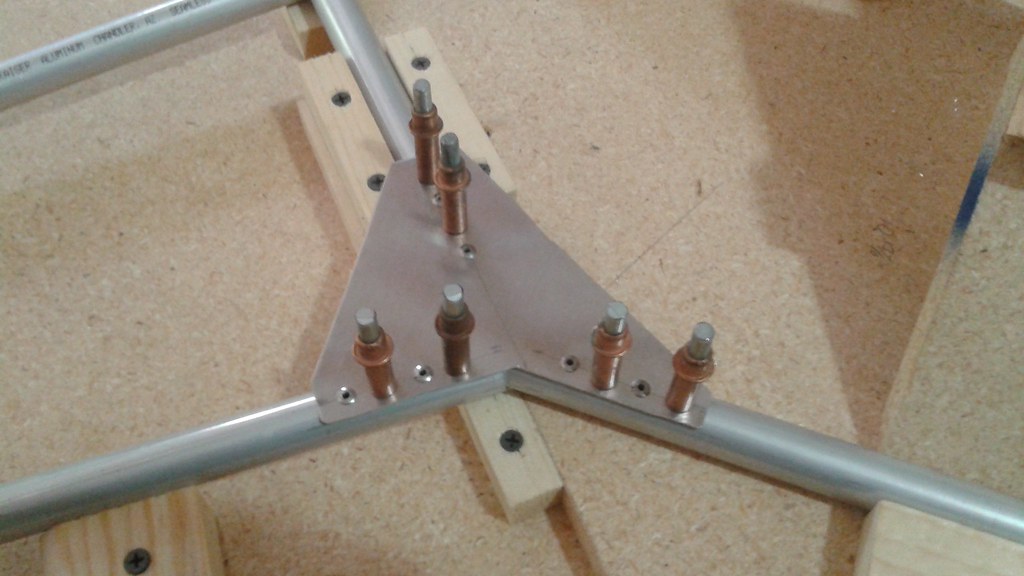