A quick update, with the first pass at a proton precession amplifier! 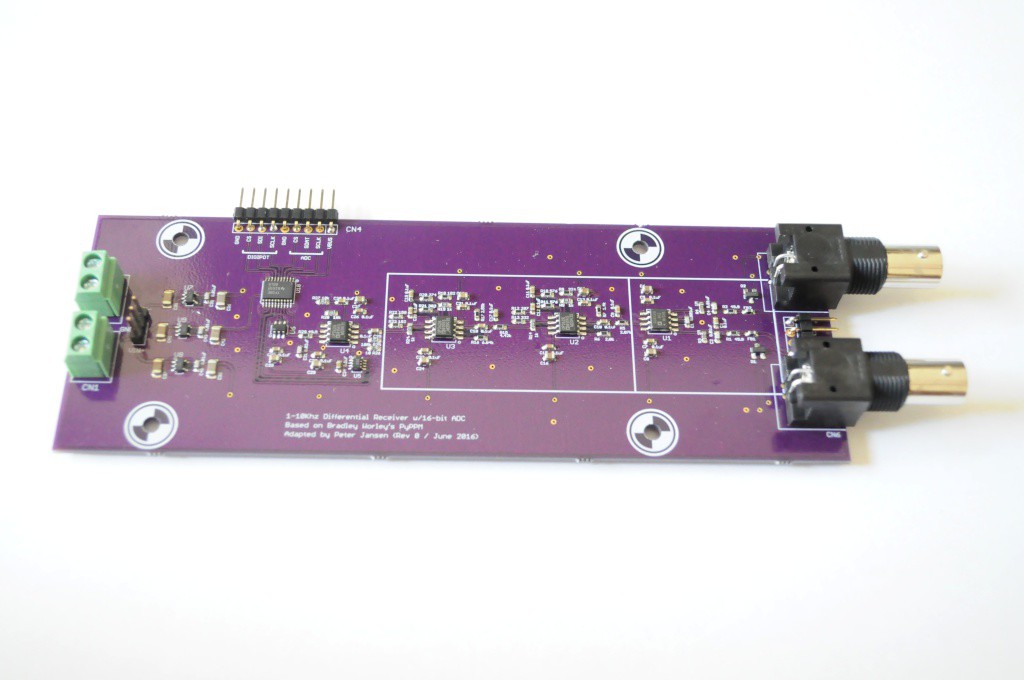 When I'd placed this project on the backburner last year, it was after hitting two technical challenges that I didn't have good solutions for:

This second bit is addressed by the amplifier board, described in this post. 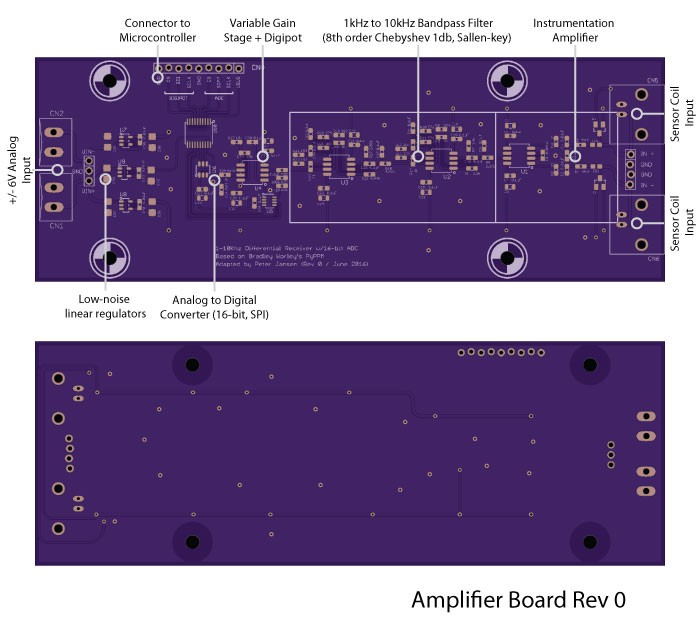 I'd realized that most of my issues in coming up with a design for the amplifier / analog-to-digital converter were over-estimating the specifications for the board -- too high a sample frequency, resolution, and so forth, and that for a first-pass proof of concept, something with more modest specifications would likely meet with success. Thankfully, the requirements of this design are very similar to an Earth's field Proton Precession Magnetometer, which has a small but non-zero community of open-source builders. Bradley Worley, a graduate student in nuclear magnetic resonance, put together a very well documented and iterated proton precession magnetometer about two years ago, after heavily researching what other's had done -- and his work is a great resource, and the most recent build that I've found.

The design I've put together is heavily based on Bradley's design, and uses the same ultra-low noise instrumentation amplifier, low-noise filter opamps, and 16-bit SPI ADC. I'm still a novice at many things analog, including low-noise design, and took the opportunity to pored over the Analog Devices application notes to understand the design choices that were made, and where they might be improved. I made a few modifications to the original design: 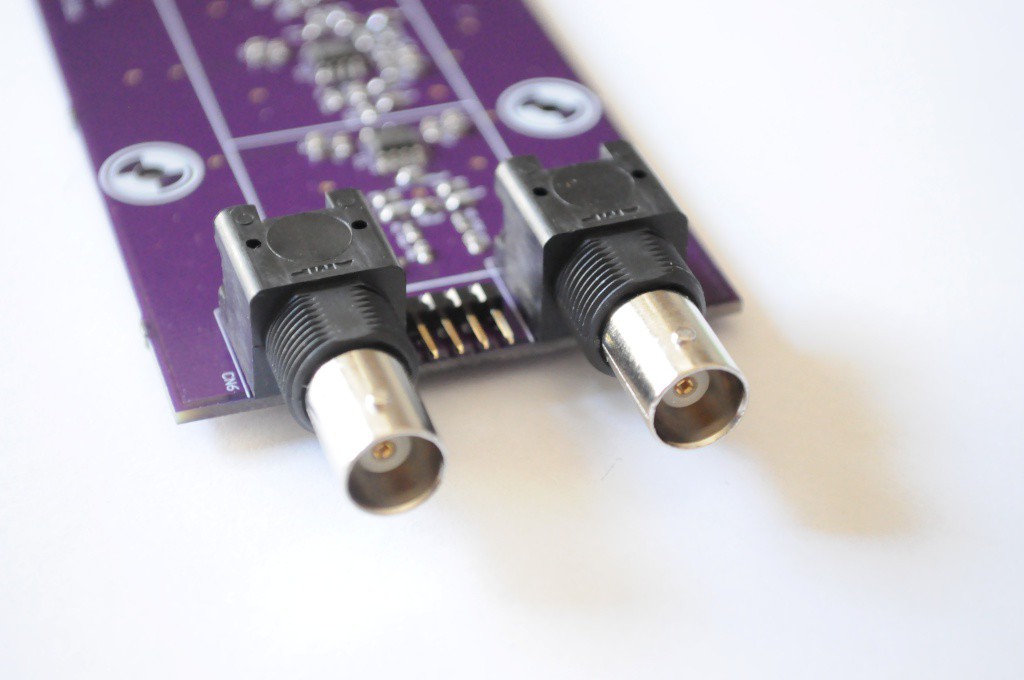 The input to the instrumentation amplifier is differential, allowing for a humbucker coil to be used, as Bradley spec'd for the PyPPM, and the folks who wrote Signals from the Subatomic World used. 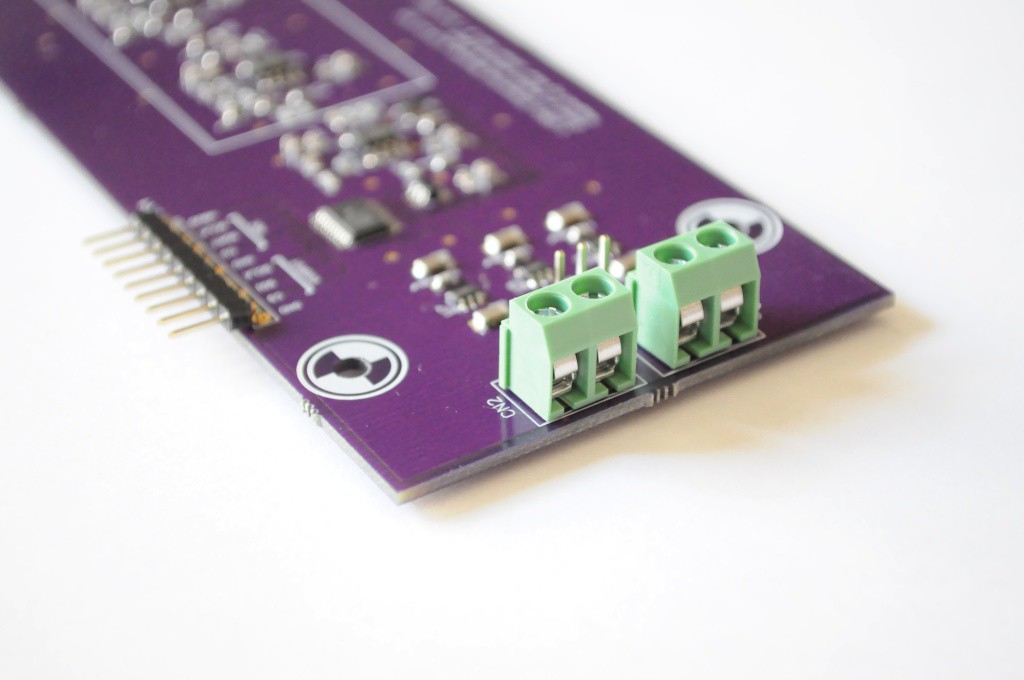 The amplifiers require dual supplies, which are regulated to +/-5V. I think two 9V batteries should work famously -- the draw is very low. 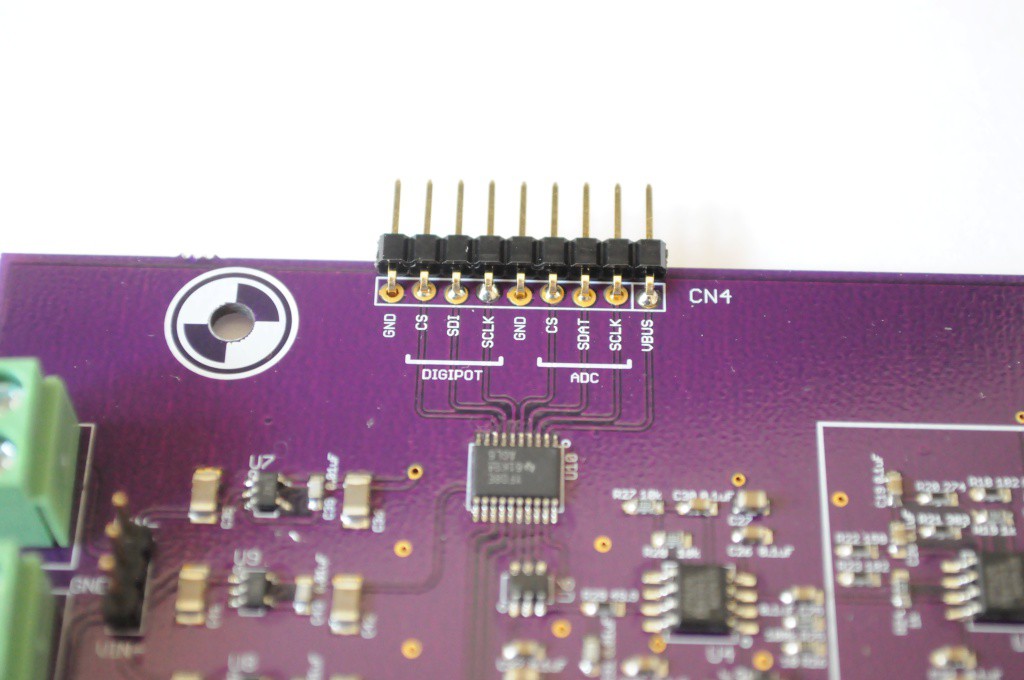 And the user interface connection, with separate SPI pins for both the digipot and the ADC. Here I've opted to break out each SPI interface individually rather than share the clock and data lines as the digipot will likely rarely be changed, but is part of the final gain stage -- so I wanted to avoid having a trace carrying the ~2MHz SPI clock for the ADC nearby, potentially introducing noise.

The board powers and passed the "smoke test" (didn't catch fire when I applied power, always a good sign). The next step is to connect the sensor coil and a microcontroller, and sample data (which will all be noise), to verify the design. This board also doesn't include any aspect of the polarizing magnetic field coil driver, which is largely a relay and a constant-current driver, and that should be the last critical bit to attempting to observe a proton precession signal -- the first step towards imaging.