A quick update, with designs for the magnetometer breakout board. 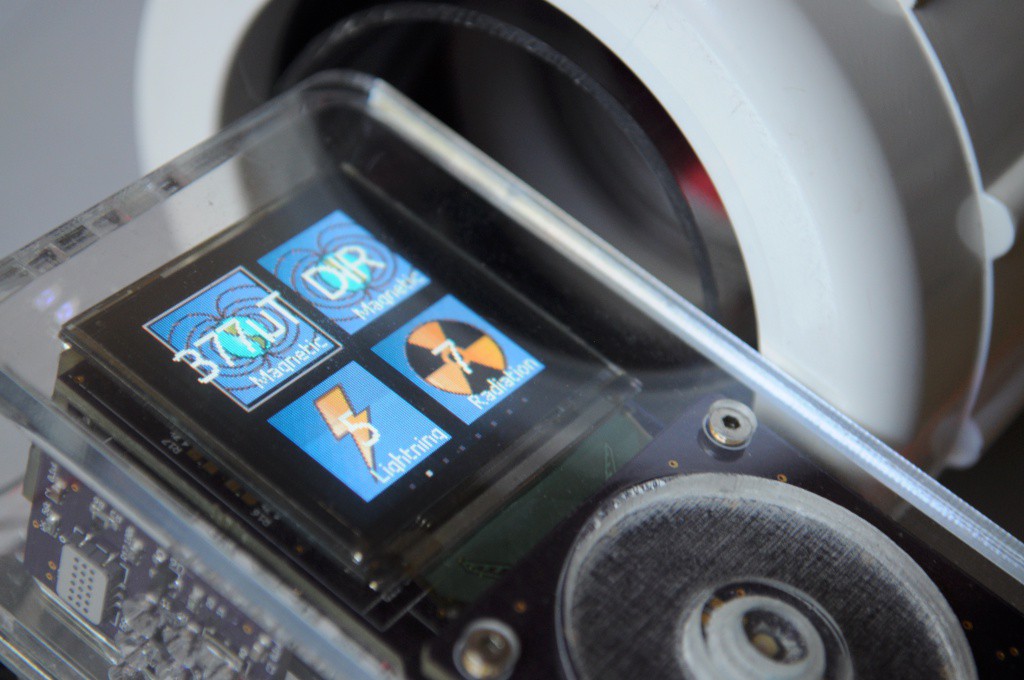 It's been a very busy week in the lab (conference season), so I unfortunately haven't had a great deal of time to devote to much other than data analysis, eating, and sleeping. I've tried to load up my queue so that I can do quick tasks (like create a magnetometer breakout board suitable for measuring the field inside the bore) that have long turn times, like the two weeks that it takes for boards to arrive from the fab. That way, when the dust clears, there will be plenty to get busy with.

I've been itching to connect everything together, place a bottle of water inside the bore, start pulsing the field, and see if I can collect the first proton precession signals. But I've restrained myself, in that everything is currently a jumble on the bench, and the last time that I rushed a delicate system (nearly one year ago), I ended up accidentally blowing up two of the OpenCT2 detectors, and setting the project back a few weeks. Here, I'm extremely anxious about connecting up a nest of wires that has several amps of current pulsing through, so I just have to wait a week or two, until I can laser cut something to properly and safely mount everything.

I did get the chance to test out the polarizing coil field (above), and as near as I can tell until I have a magnetic probe that can fit into the small bore, the field is performing as expected. The HMC5883L magnetometer in the Arducorder Mini saturates 5-10cm away from the coil itself, which is a good sign that the field intensity inside is high enough to detect the proton precession signal. 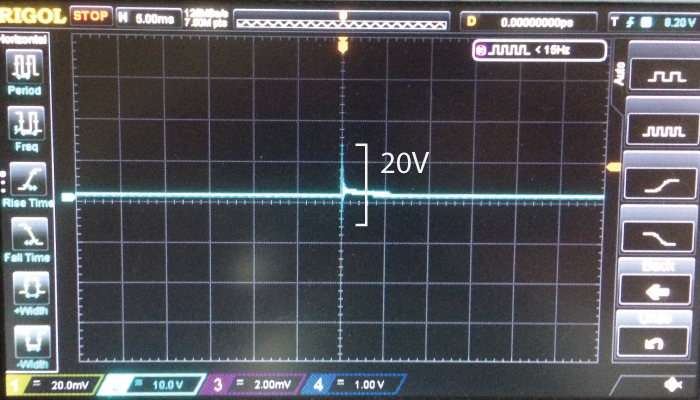 The coil form itself gets reasonably warm after a minute of being on, it essentially being a giant resistor, as if to implicitly warn me that I'm treading somewhat outside my expertise in low-voltage, low-current digital electronics to something that requires serious juice -- and to make my mistakes cheaply. One of the worries that I've had, given that some other folks (like the PyPPM) tend to use the sensor coil both as a polarizing electromagnet and as a sensor coil, is how much of a voltage spike will be carried through the system from having to pulse the coil. I included some clamping diodes on the inputs to the amplifier board, but those are more for accidental overvoltage, and I'd rather not pulse the board with large spikes several orders of magnitude over its sensing range every few seconds, if possible.

One of the main pieces of the instrument that's left to complete is the volumetric magnetic field measurement apparatus. Last year, I spent a great deal of time on this aspect -- at one extreme creating a board with an 8x8 grid of magnetometers, while at the other extreme I put together a large polar CNC system that contained nearly no metal, used a single magnetometer (and some tensioned dental floss) to scan it through space, and smelled very minty while in operation. In retrospect I think I was enjoying the nonstandard design constraints a little too much, and ended up sketching (in hardware) a variety of prototypes that were a little overkill.

This year, I'm benefited by the happy coincidence that other open source folks have also become interested in magnetic field measurement. Ted Yapo has been doing a beautiful job putting together a magnetic field scanner by simply strapping a magnetometer to an old 3D printer, sparsely moving the 3-axis system around the object, then interpolating the fields to produce some beautiful visualizations. One of the great contributions of Ted's project is his detailed approach, which began with characterizing a bunch of off-the-shelf magnetometers, and discovering that the HMC5883L (which the Arducorder Mini uses!) has unexpected behavior when the field saturates. Through Ted's project I also became introduced to the new MLX90393 3-axis magnetometer. Unlike many traditional off-the-shelf magnetometers that are largely designed for measuring the Earth's field for compass applications, the MLX90393 appears to have a huge dynamic range (50,000uT @ 0.5nT resolution), all while behaving very well, even under large fields. This is clearly a great magnetometer to use to characterize the fields in the bore in this low-field system, while also being able to comfortably handle the 10,000uT polarizing field without saturating.

This time around, I've decided to keep things as simple and tractable as possible, and use a single magnetometer mounted to a very long stick (above, just FR4) that can be moved in and out of the bore on a linear axis. We also have to figure out a low-effort way to make it scan about an inch off axis in any direction to capture the field within the entire bore, rather than getting bogged down in designing the perfect bore scanning apparatus -- and both David and I have been plugging away at thinking about this in time for putting thoughts-to-laser-cutter sometime shortly. In anticipation of not really knowing what the mount will look like, I designed three separate and extremely low profile MLX90393 breakout boards [github link], all 6mm in length on the smallest edge, and slightly larger on the long edge. The exception to this is the long megetometer probe board (seen above), that's essentially the magnetometer mounted to the end of 16cm of 6mm wide FR4, with a connector and mounting holes on the other end, and a handy silk-screened ruler to measure depth. It'll be good to try out this low-cost magnetometer wand, and mount it to a linear axis to begin (finally) characterizing the field.