The modular weather station uses a number of sensors mounted on breakout boards to record current weather information. Data is collected by the Oak Microcontroller (ESP8266 based board) and delivered to the Internet.

The weather station will be designed to work off-grid with limited capacity to store data for upload at a later date should an Internet connection fail temporarily.

A modular approach will be taken in order to allow the system to be built up gradually should a limited budget be available or for those only interested in particular measurements.

A stretch goal of this project is to allow for data from multiple weather stations to be collected in the cloud.

This project started at the beginning of the year when a Kickstarter campaign delivered the Oak to my home. The Oak is a ESP8266 board based upon he ESP12 module. This makes it an ideal low cost board allowing an application to read from a number of sensors and sending the data to the Internet.

A few hours research built up the list of sensors and the concept of the modular weather station was born. 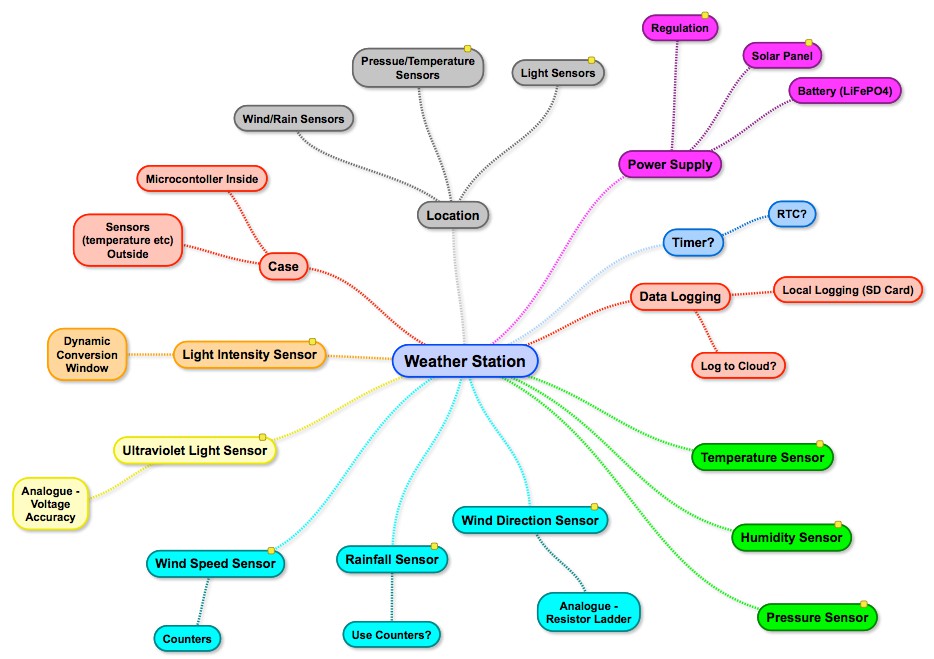 The project concept is born, weather sensors, meet the Oak.

Thank you for your offer.  I am still working on the prototype / proof of concept at the moment.  My next step is to look at the materials to use when protecting the light sensors from the elements while not changing the sensor reading.

I will remember your offer as I get closer to PCB layout.

Interesting project, if you need help electrical hardware design as well as the design of the PCB can count on me.

I wanted to do a test to check the accuracy of a vl6180 Time of Flight distance sensor and see if it can be improved by averaging.
Project Owner Contributor