Hello,
I finally took time to take pictures of the new verion and also because i got an amazing artwork by the crew of HackerStrip (the webcomic series) thx! 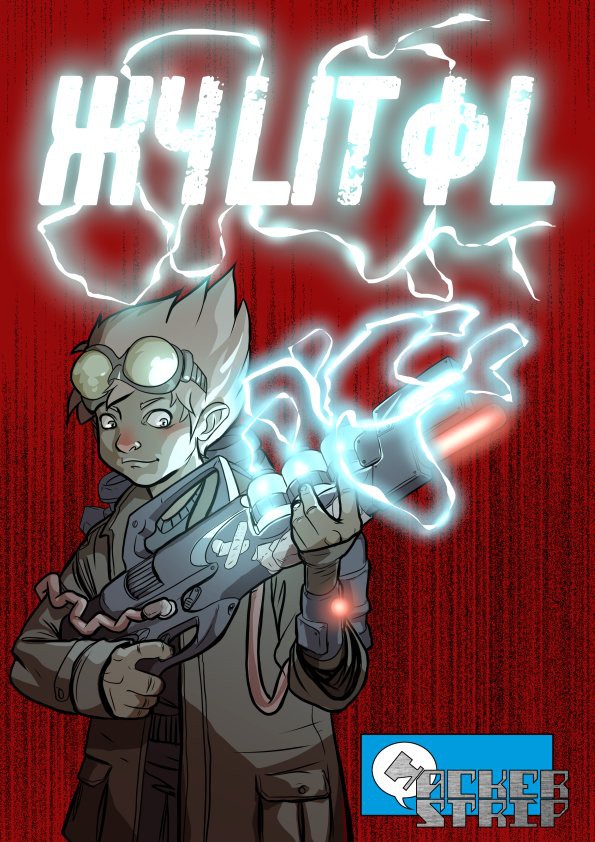 I asked them to draw me a character with a coilgun, it has been an idea who throttle in my head since a bit of time now.

Id like to do my own cosplay and i've already some ideas, coil gun with portable power supply backpack something like the ghostbuster proton gun, a trench coat similar to Hei in Darker Than Black, i've not yet defined a name or even the final clothing/style and coil gun design.

Anyway the gun would be probably not a functional unit to avoid fatigue of carrying coil gun weight all day, and danger problem in congress.

I think about cosplaying a lot these days and i'm repicking design ideas a bit from everyone on HaD coil gun projects. 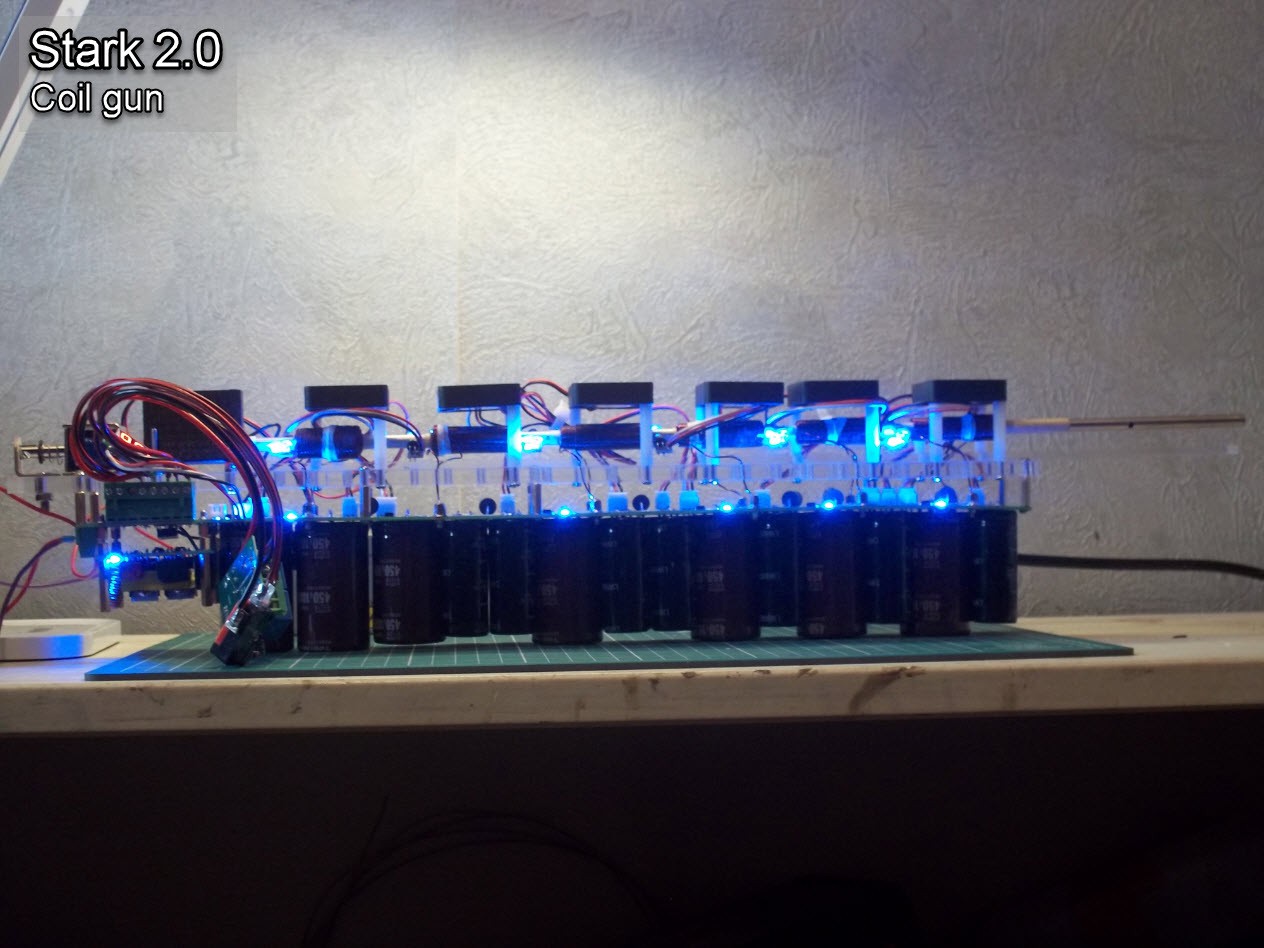 revisited but haven't changed much.

Most notable feature is the remote control for charging/shooting 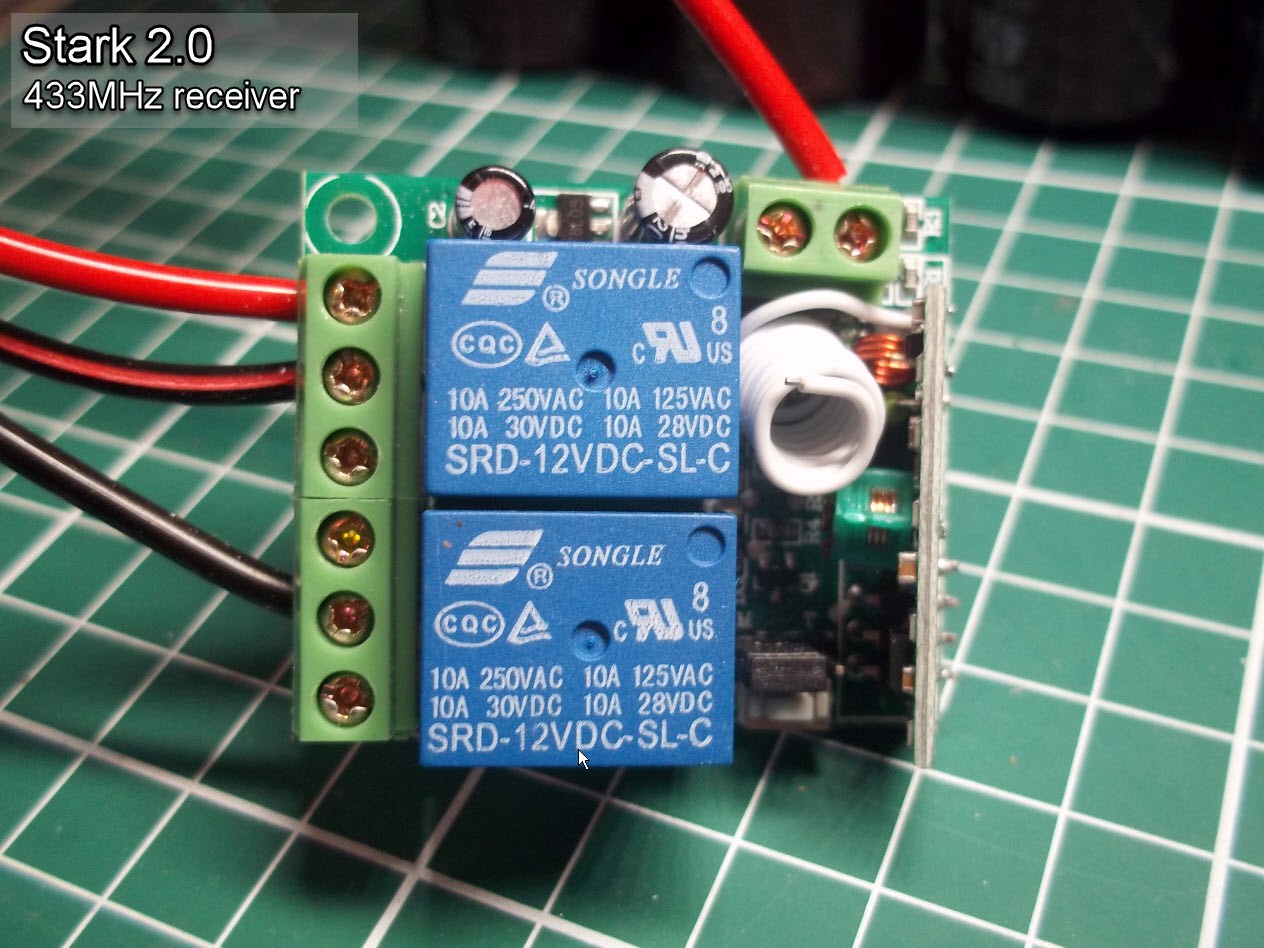 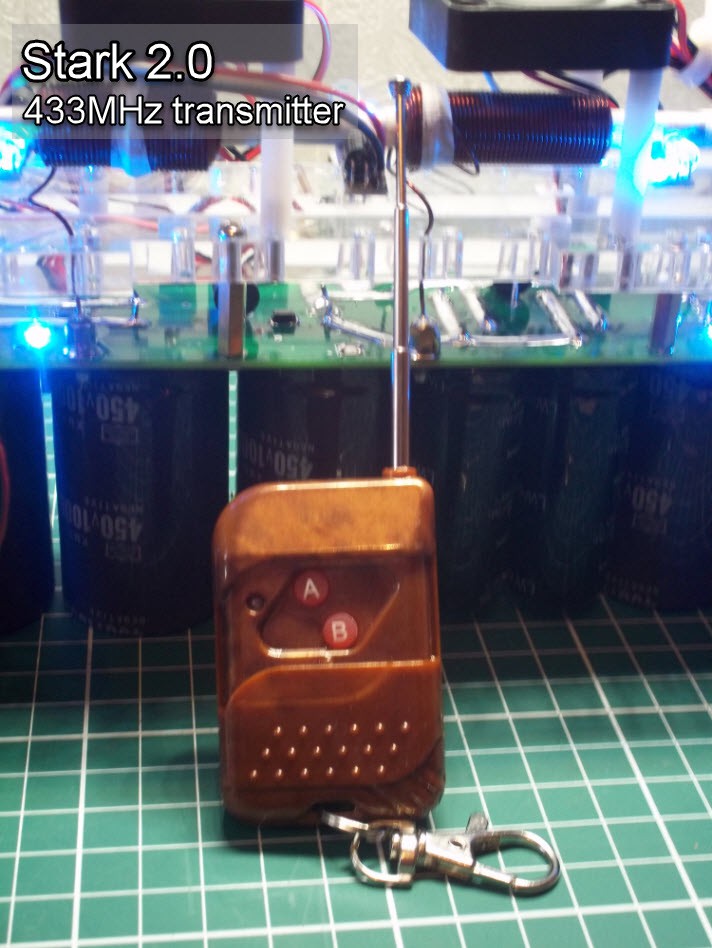 The shooting is done tought a solenoid who push the projectile 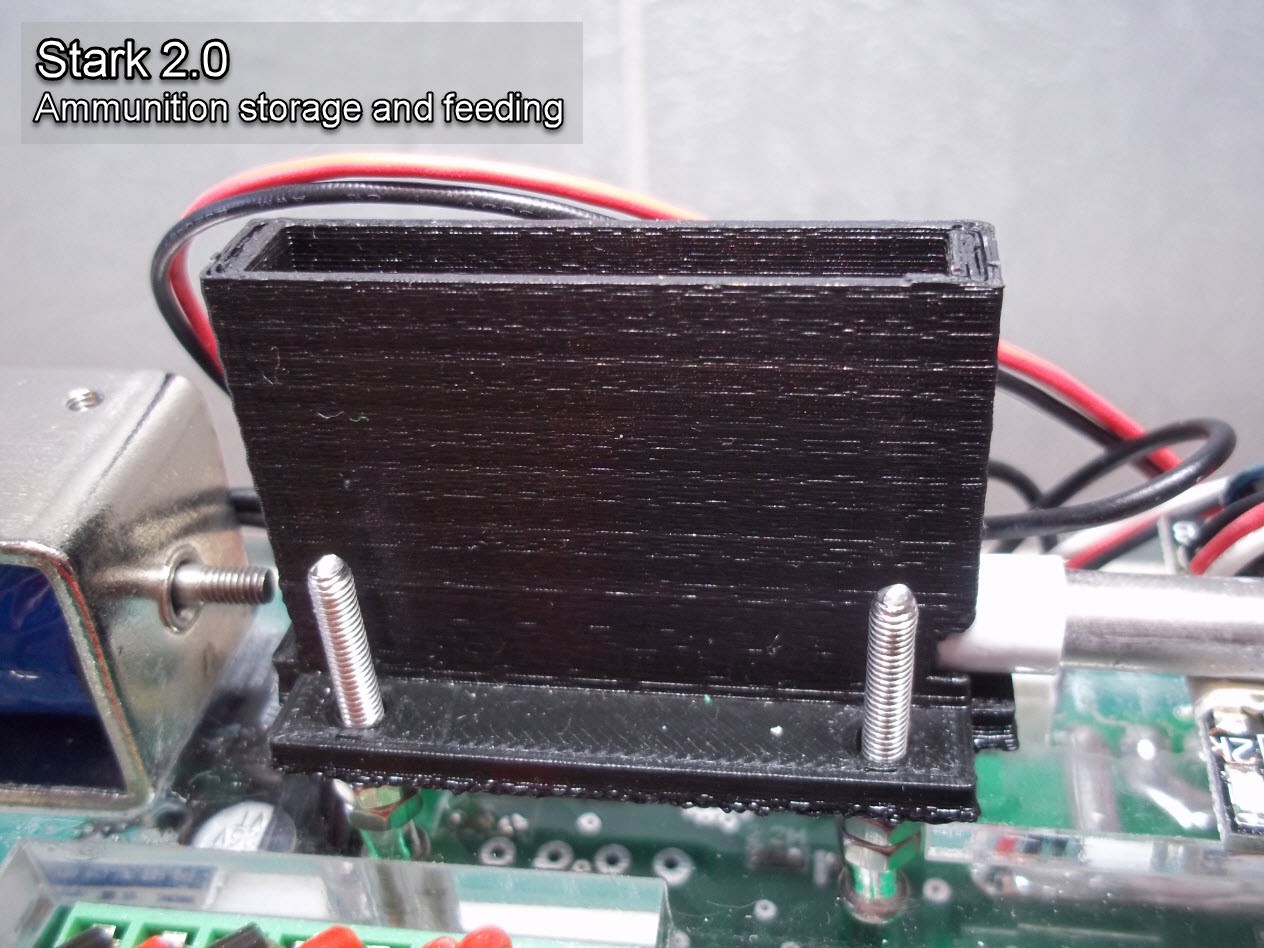 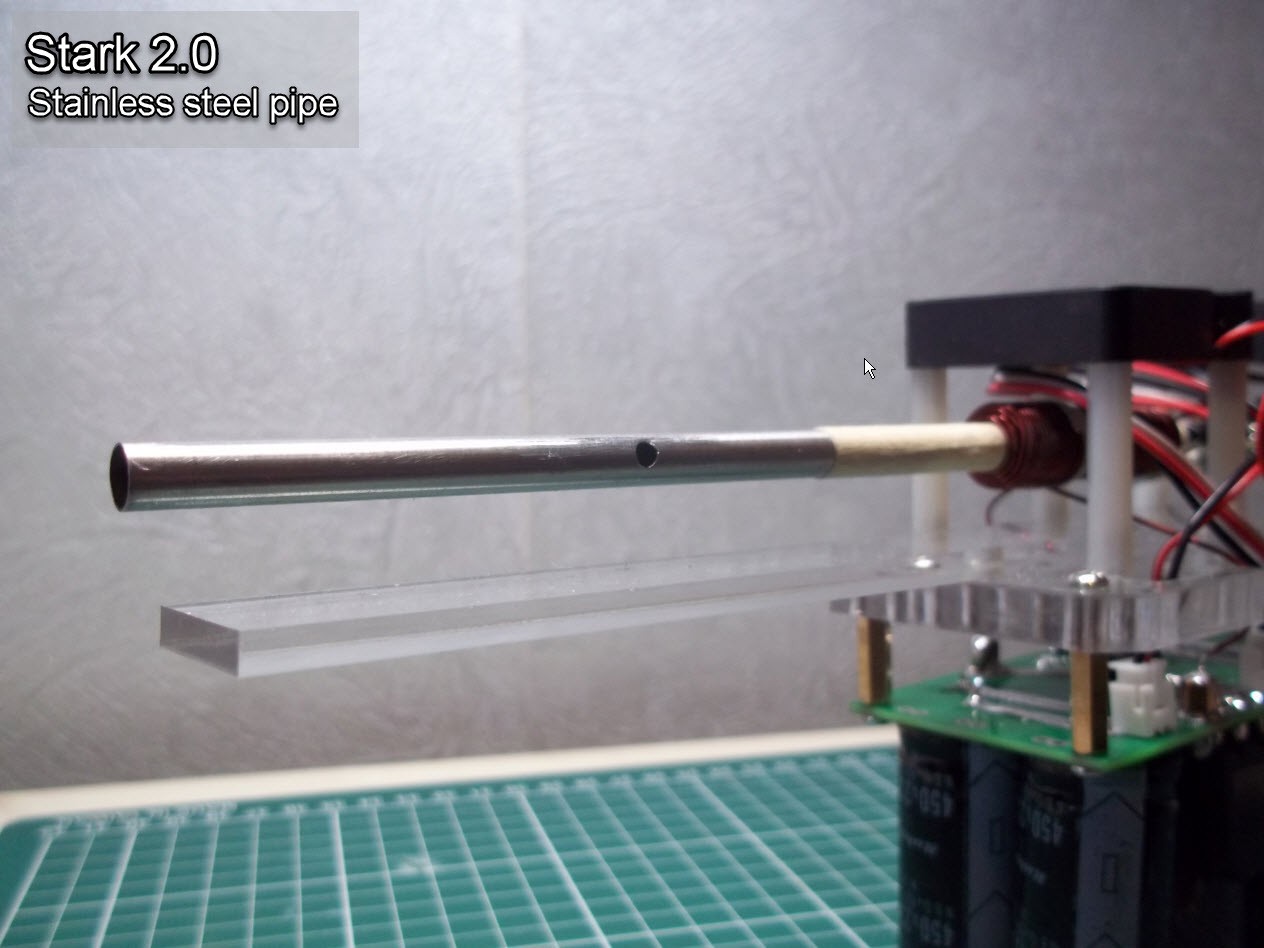 Note that metal tube do an induced current in the magnetic field and produce Foucault current and reverse magnetic field who inevitably reduce efficiency.
Coils isn't directly on the metal pipe to avoid sparks at high voltage, this one is more about style rather than kinetic energy. 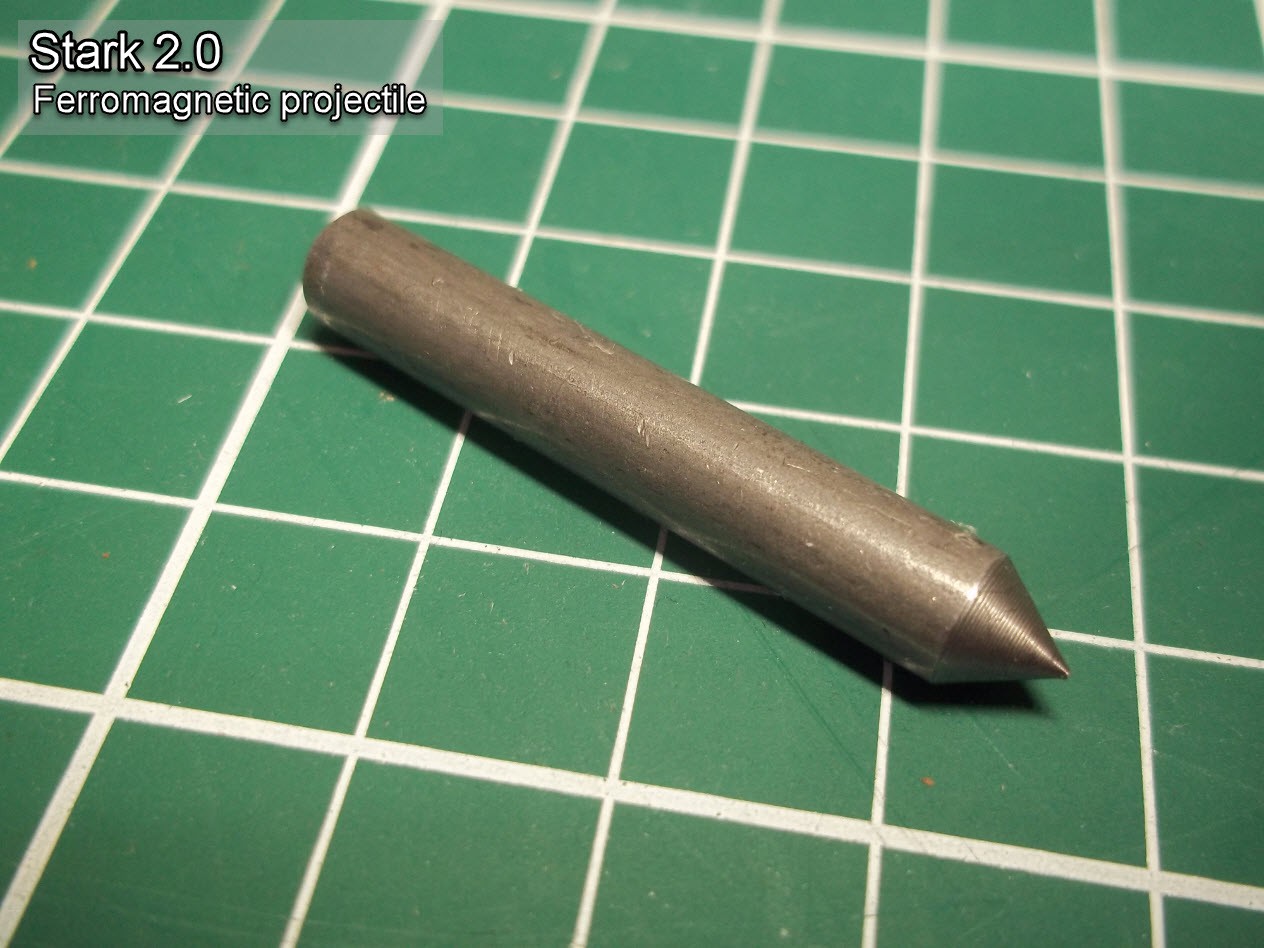 Detail on the coil and top view with photoelectric module. 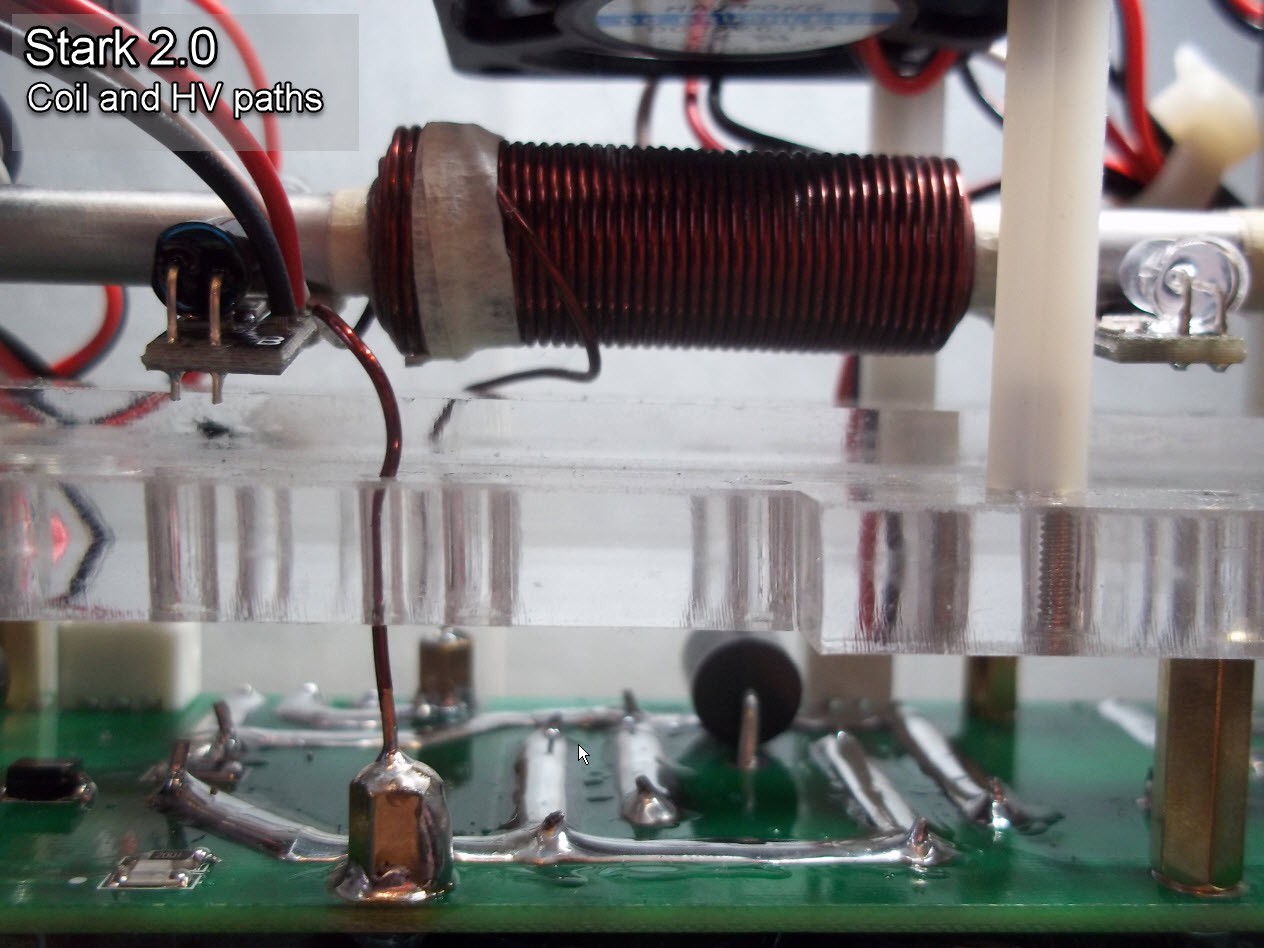 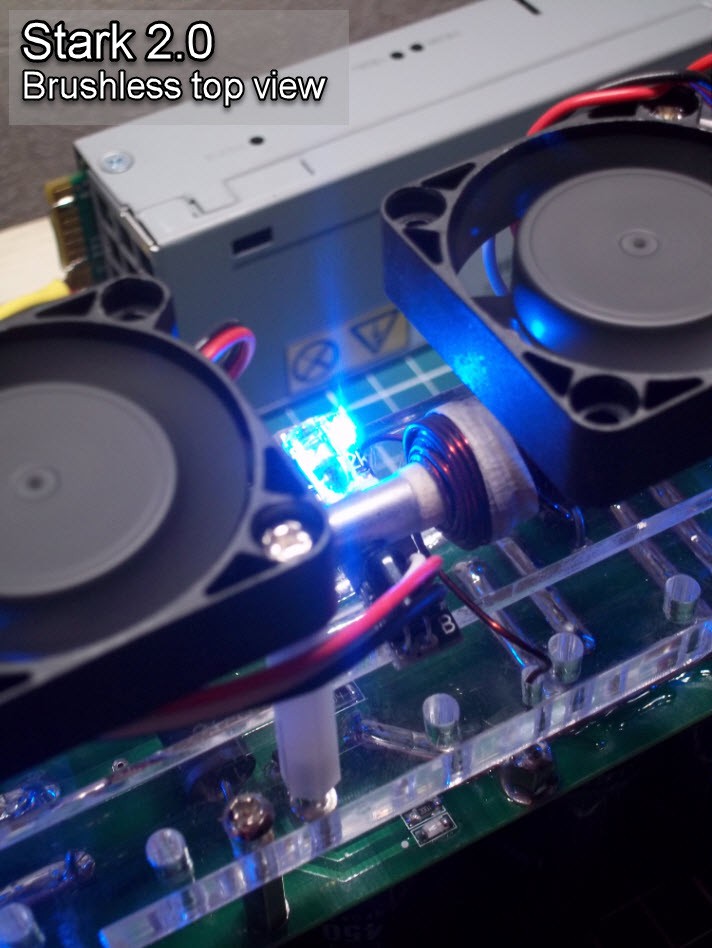 Later if i have time i will take pictures of the Stark first gen.