The entire rocket and the fuel are all made of 3D printed PLA.

Here's what the parts look like after the testing we did a few hours ago. 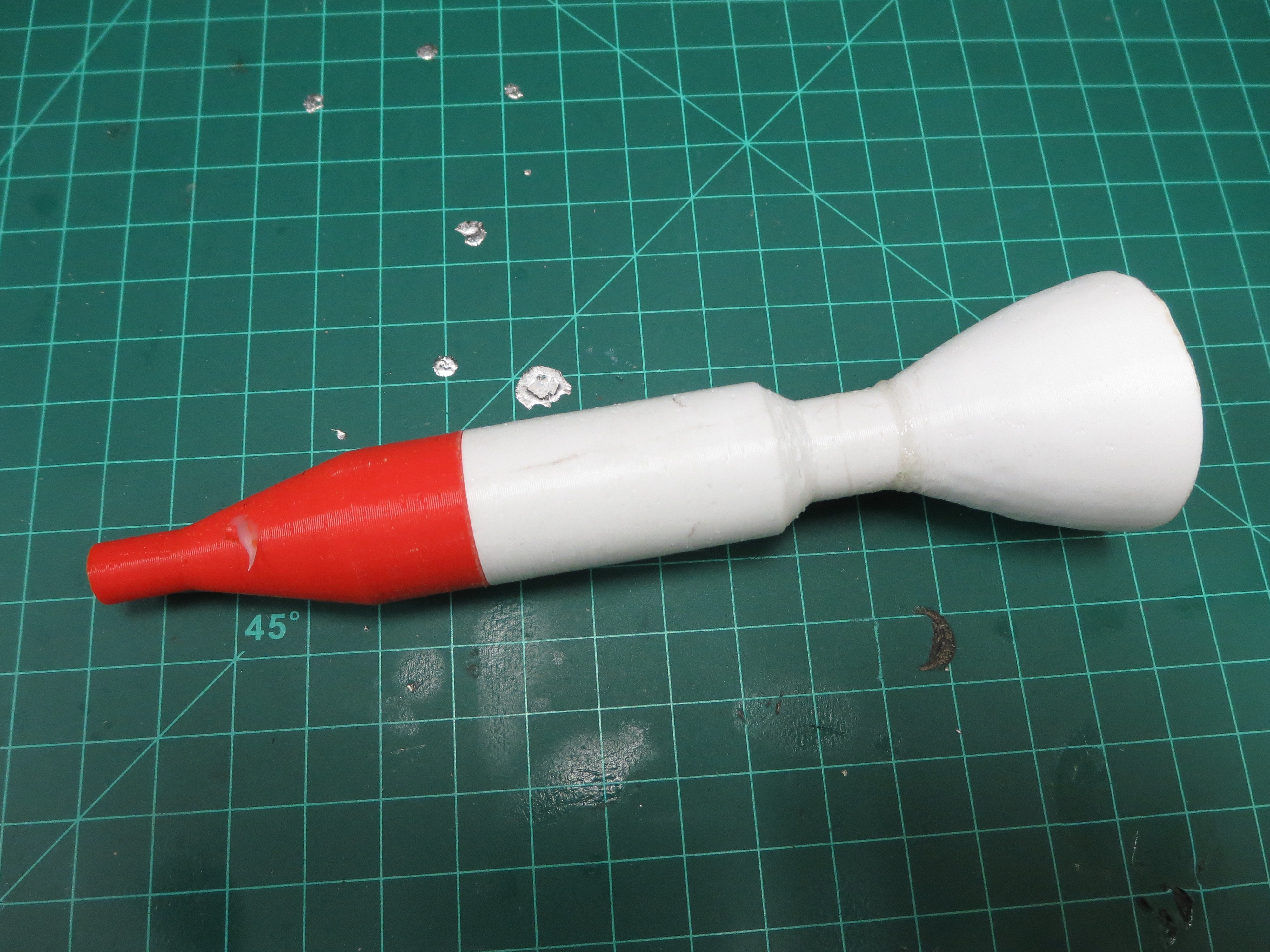 (The hot glue is because we drilled a hole to try putting the electrodes there, and later decided not to use it.)

Nozzle (damaged by Chris's torch only): 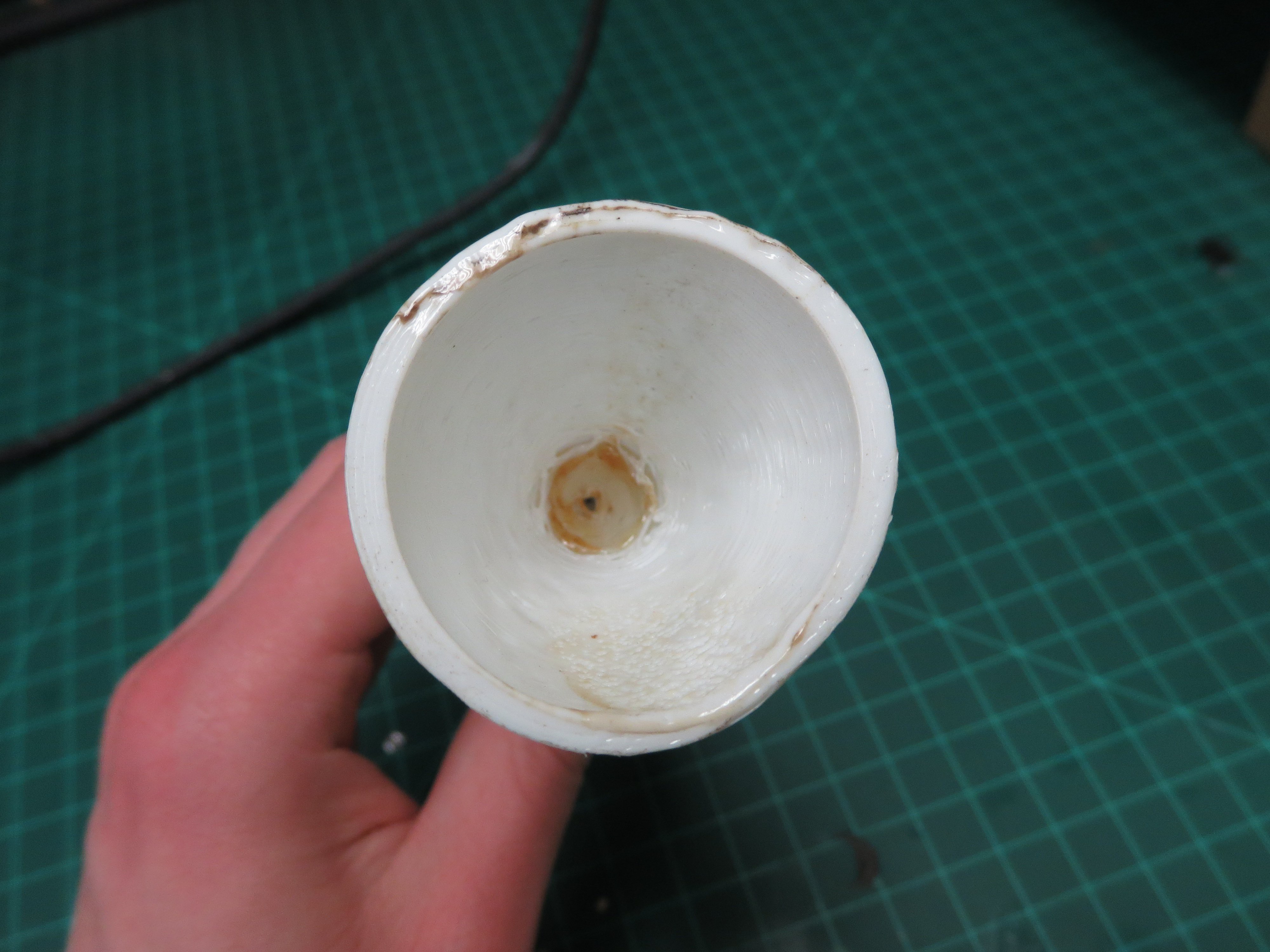 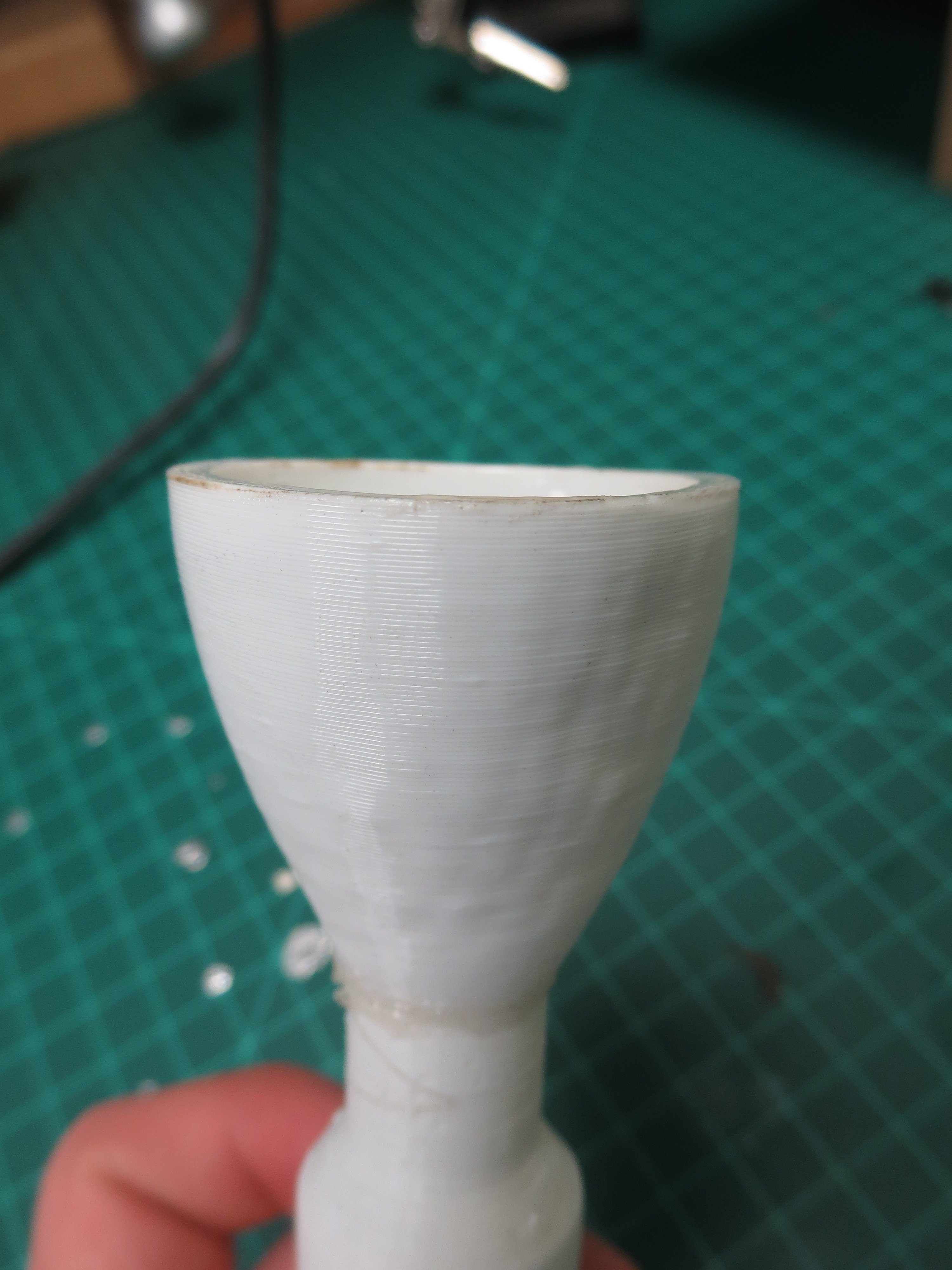 Inside the back of the combustion chamber, pretty clean: 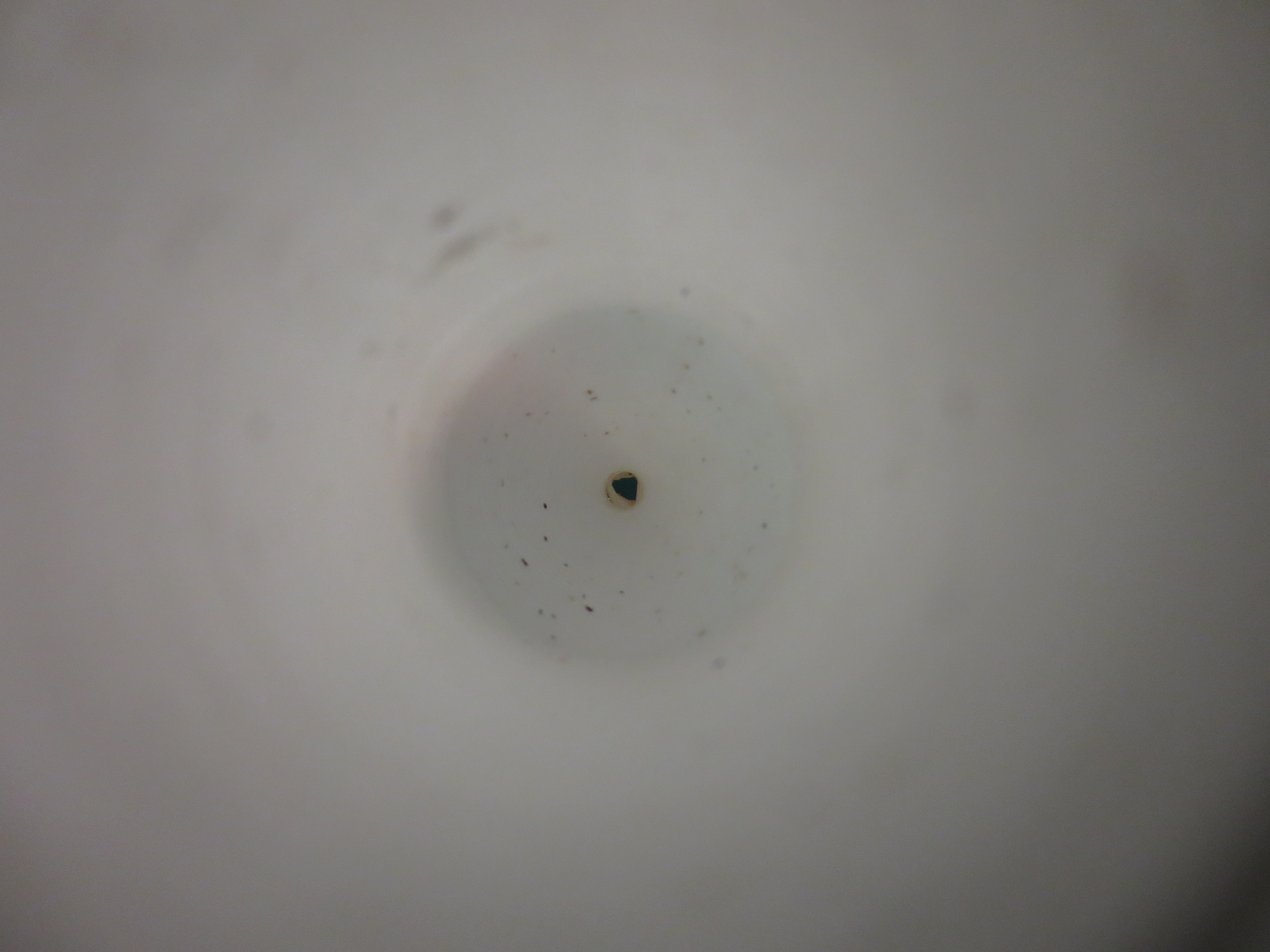 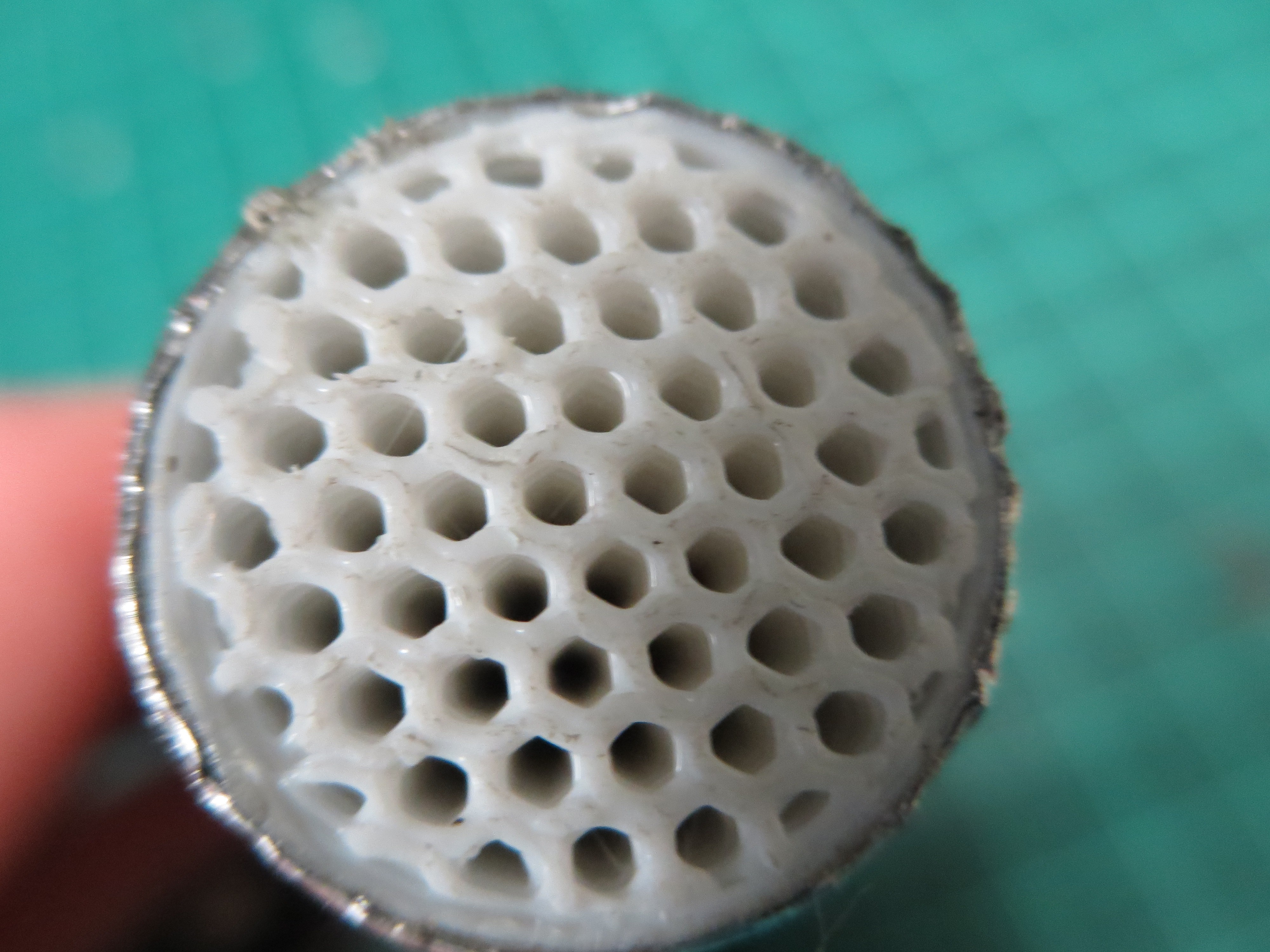 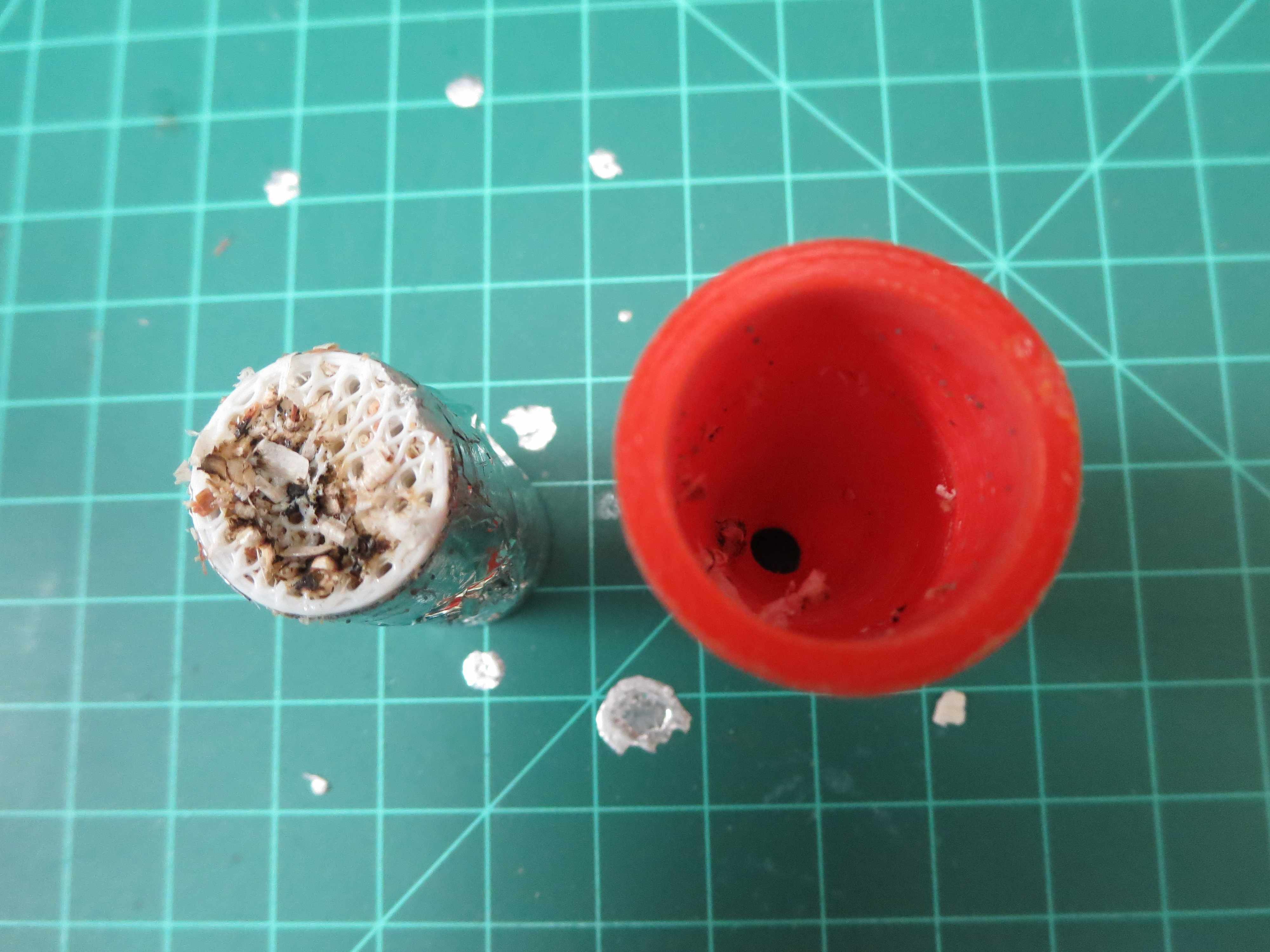 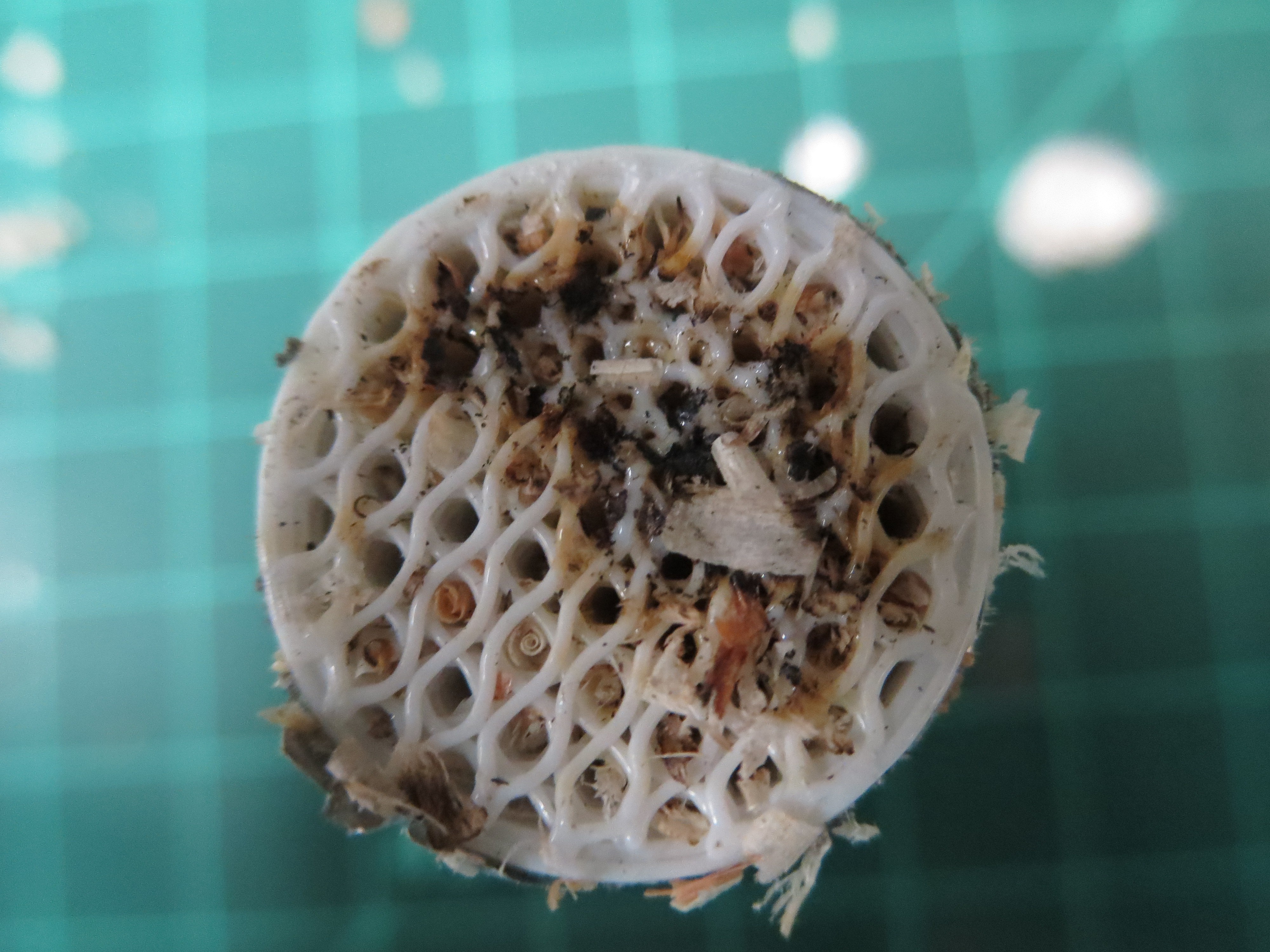 You can see there's not much damage—far less than would be expected from holding a blowtorch to a piece of relatively-low-melting-point plastic, while filling it with fuel and attempting to set it on fire. The damage to the nozzle was only from Chris's torch (which you can see him aiming into it in the videos). The front of the fuel grain shows a small melted area, which is the only evidence that it was close to igniting. However, given the blowtorch-like behaviour in the second burn test, and how well the PLA stood up to the thermal abuse we gave it, I think that the only thing standing in the way of this rocket's success is Ignition. I/we may try again soon (or not so soon) to ignite it in different ways. Suggestions are welcome :)