I've made some major progress on the mechanical part of controlling the heat and AC stuff. The knobs that control the temperature and which vents the air comes from are connected to cables that go into a box with (what I am assuming are) a bunch of butterfly valves. I have replaced the knobs with servos and now I can control the air box butterfly valves electronically. 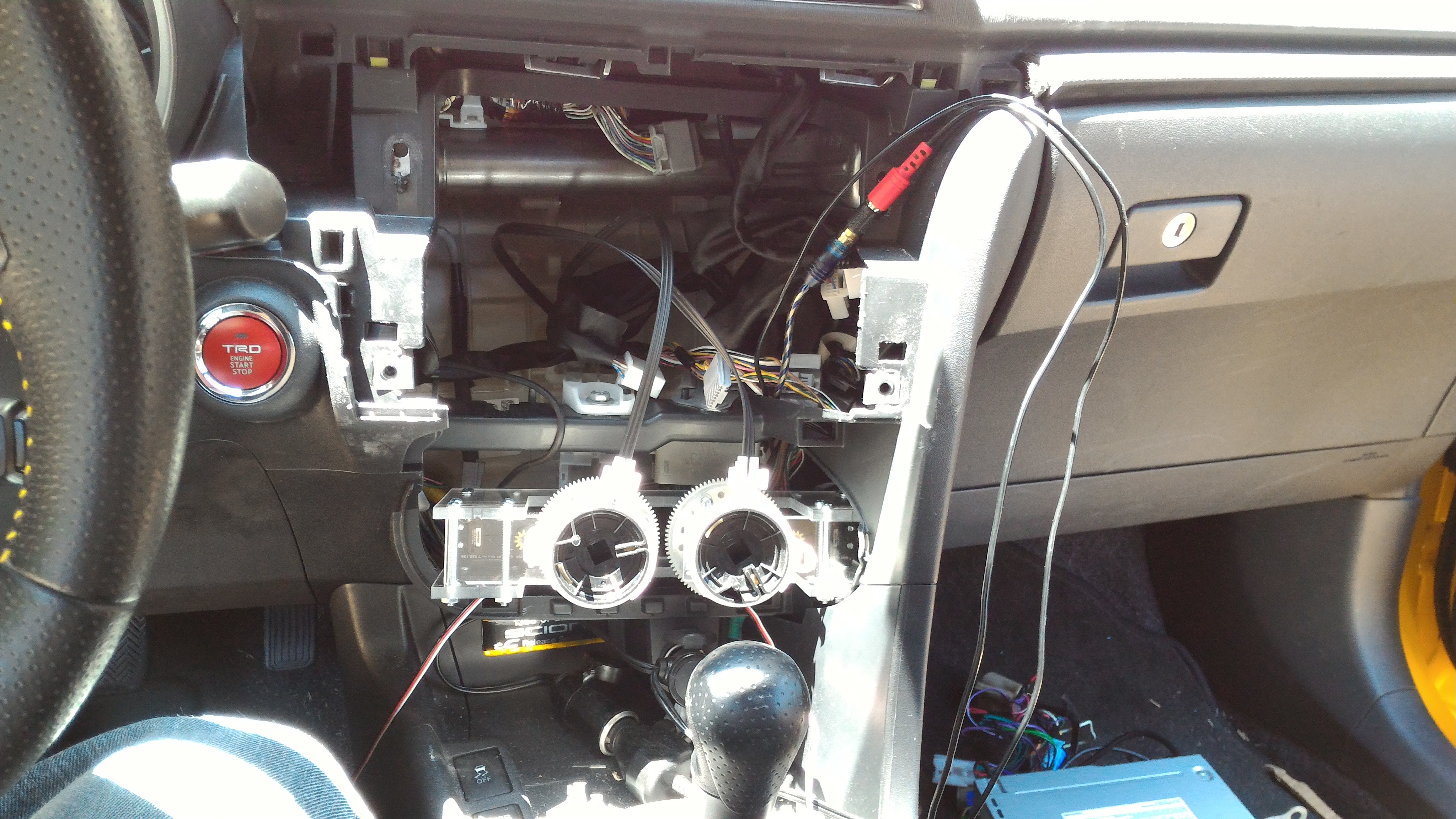 On the left, I assembled everything and stuffed into the dash hole. This is pretty close to where it will be mounted when it comes time for it. 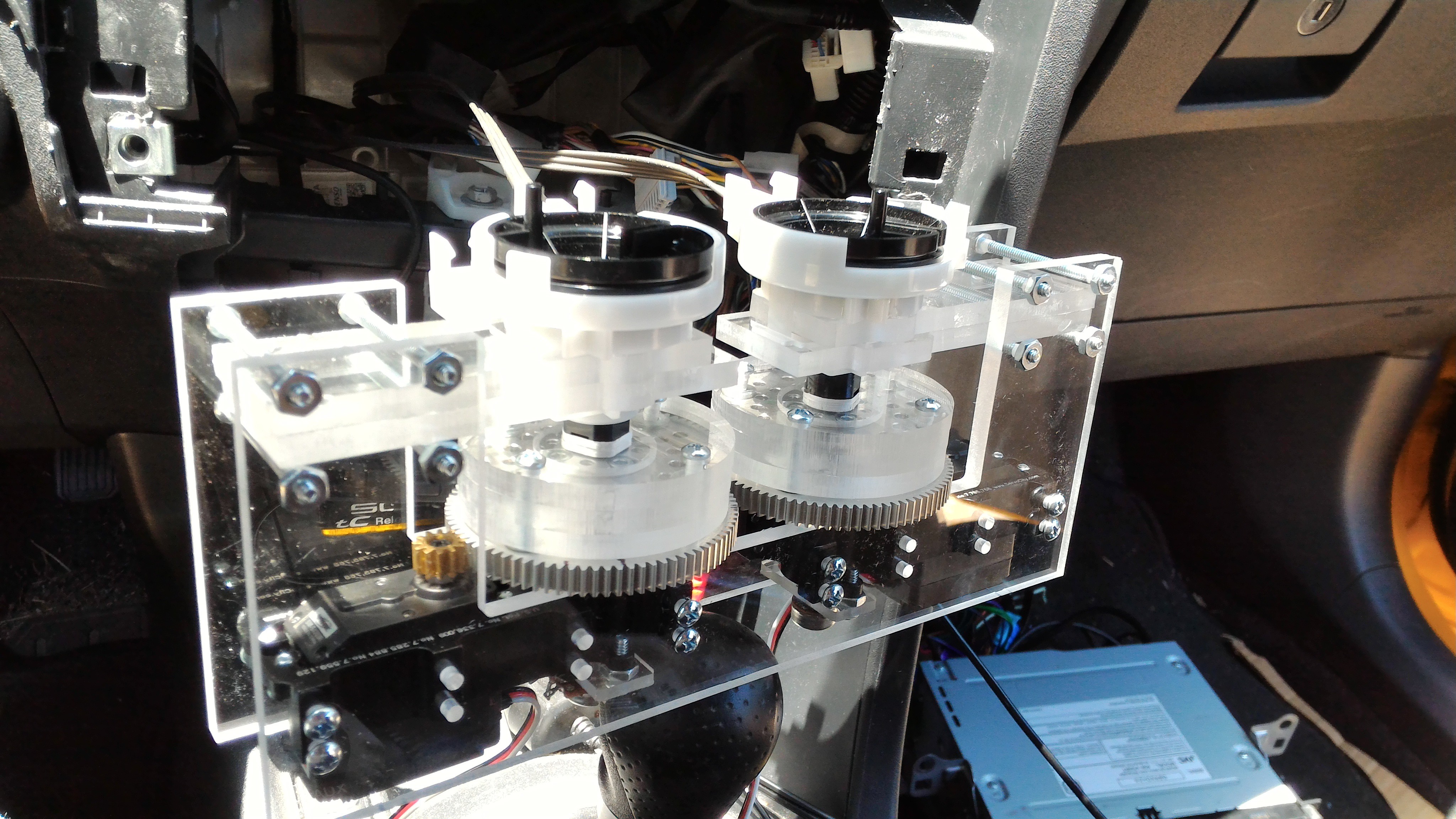 The one on the right shows the assembly before I stuffed it into the dash. The servos are mounted in "gearboxes" that give them 7:1 advantage. (https://www.sparkfun.com/products/12608) I think the servos could have turned the cable assembly without the gear reduction, but I didn't want to risk one of them burning out after the project is finished. The gear reduction makes it a little easier for the servo to achieve the desired position since I can program it so run at full power until it is very, very close to correct spot.

I used 1/4" acrylic for the brackets and (what I am calling) the adapter hubs.(The "adapter hubs" are screwed to the top of the big gear.) Why 1/4" acrylic? Because it's what was in my garage and my CNC router can cut it.

I've also made progress on some of the electronics. Right now I'm working on the EQ/Crossover/Line-driver that arrived a few days ago. It is an AudioControl Three.2, and it will take the output from the Schiit Modi and make it awesome. Actually, it is going to do exactly what it is meant to do. There is one thing about it that I have to modify though: volume knobs. This thing is going to be mounted inside the dash with no easy access but it will be my primary method of controlling the volume. To solve this problem, I am replacing the mechanical potentiometers with digital ones that are controlled via I2C (MCP45HV31). 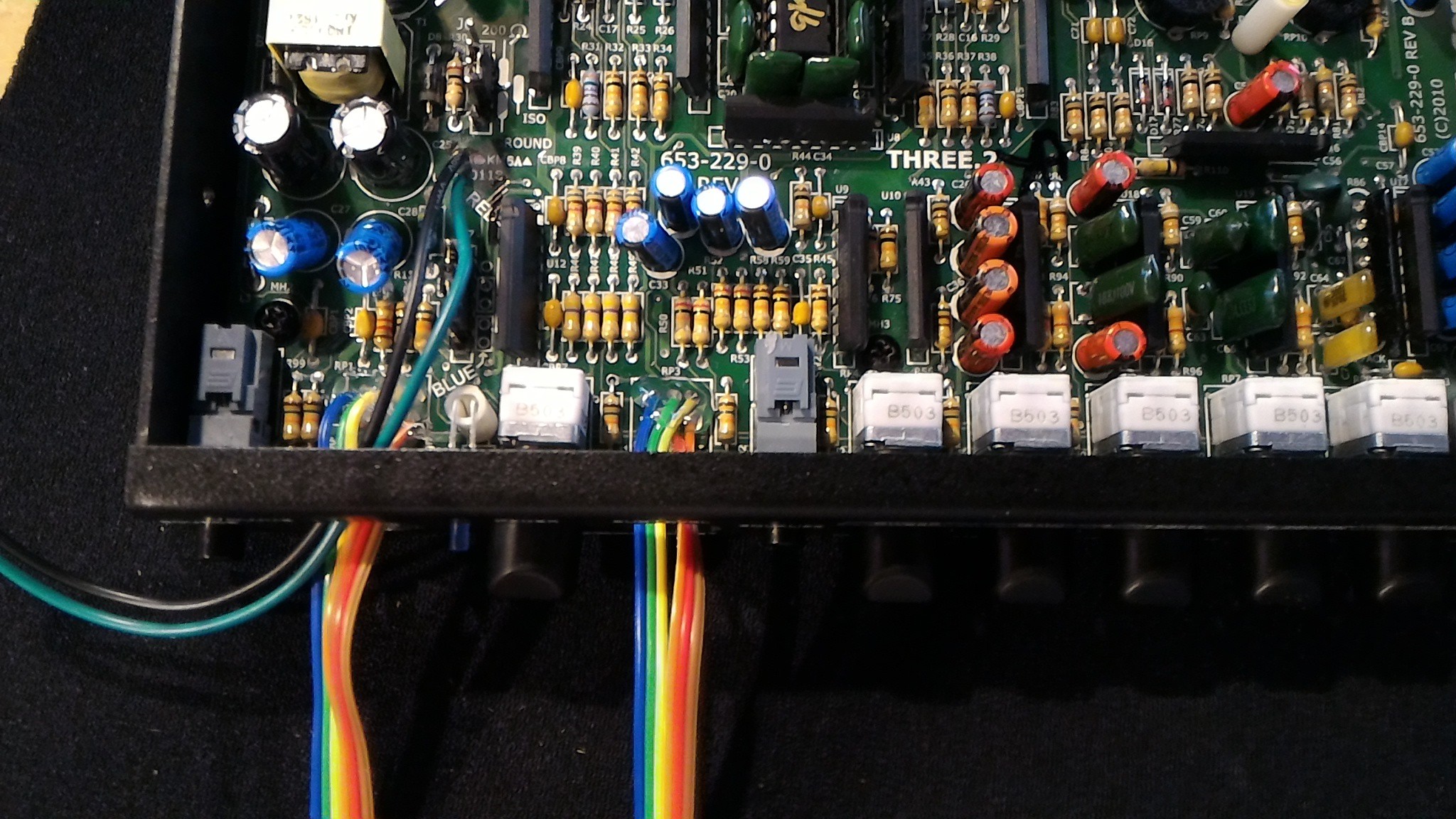 Here you can see where I've desoldered the original pots and soldered in some ribbon cables. These will lead to a box with the digital pots, arduino, and CAN transceiver that will be mounted to the top of the EQ. The other two wires you see in the pic (black and green) are power for the digital pots. The MCP45HV31 is a "high voltage" part, meaning the potentiometer can be connected to a system with up to 36V between the high and low terminals of the pot. This EQ, being of such high quality, feeds a rather high voltage signal through the volume control pots: a max swing of -13V to +13V. The digital pot needs a power supply of at least the maximum swing voltage and luckily the EQ provides me with it. So, the black wire is connected to -14V and the green wire is connected to +14V. That's it for this update. Hopefully I'll have some functional stuff to demo in my next update.
Previous Log