Retropie Handheld based on a Raspberry PI 3 with a 5" touchscreen and a SNES controler button layout.

Raspberry Pi projects I found and want to try

I used a plastic shell with a 2mm stainless steal plate as a front. Coresponding holes for display and buttons were drilled out. I would have prefered to go with a 3d printed case, but i dont have one at home, soi went with the diy method cause of costs. Biggest problem for me was finding the plastic case which ended being pretty perfect sized, the thikness left just enough space for the rpi3 and the screen on top, the length just left place for the controlls under the touchscreen and the 2 side walls, where i made holes for the usb and ethernet ports, have just a bit more distance between theme for the display to fit. So in a short sentence i had huge luck. 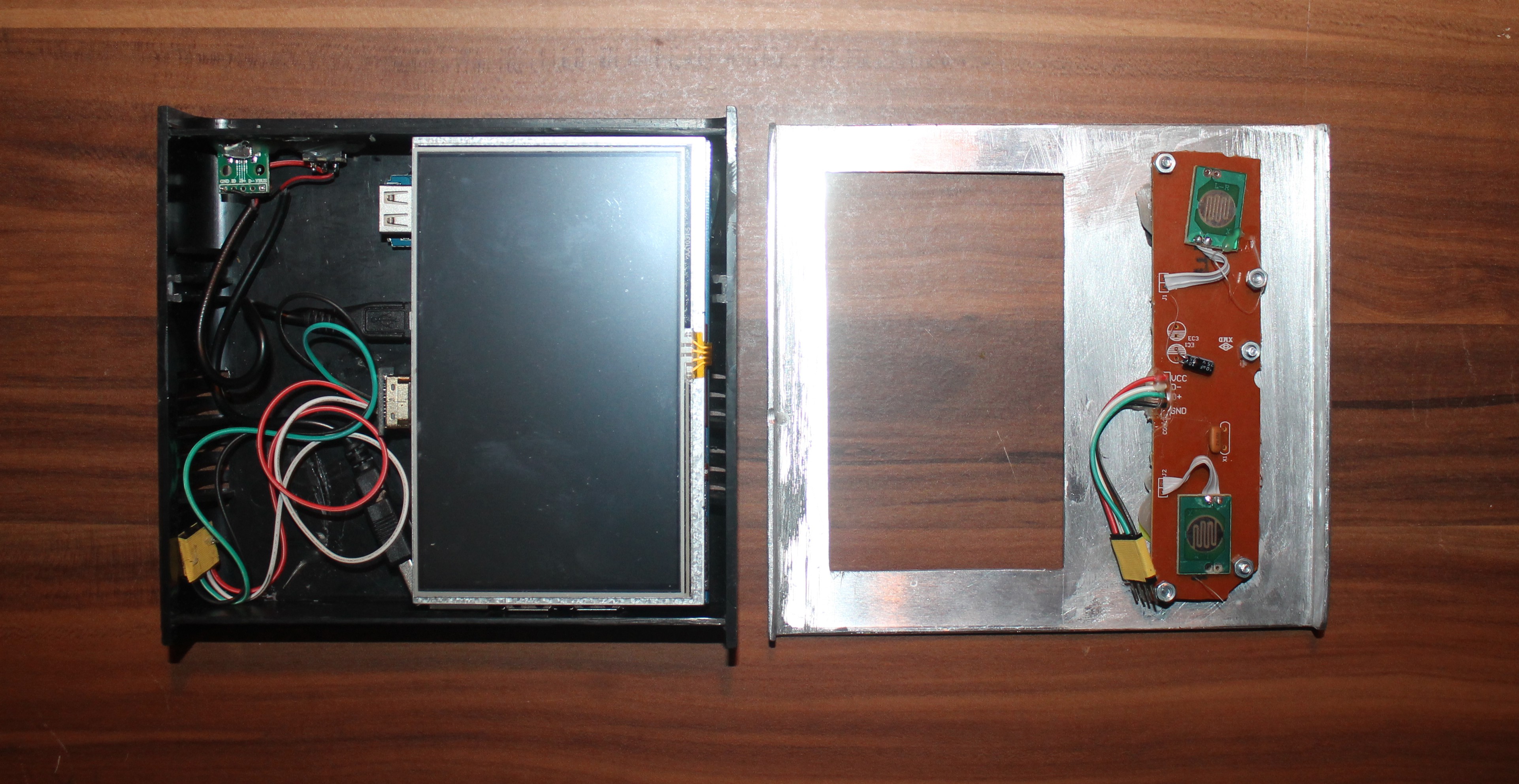 On the other side youll find a micros usb plug and a switch for charging and on/off switching.

1500 ma/h battery is under the touchsreen, and should power the device at least 2 - 3 hours.

But there is a lot of space for more power, and a set of speakers with a stereo amplifier. 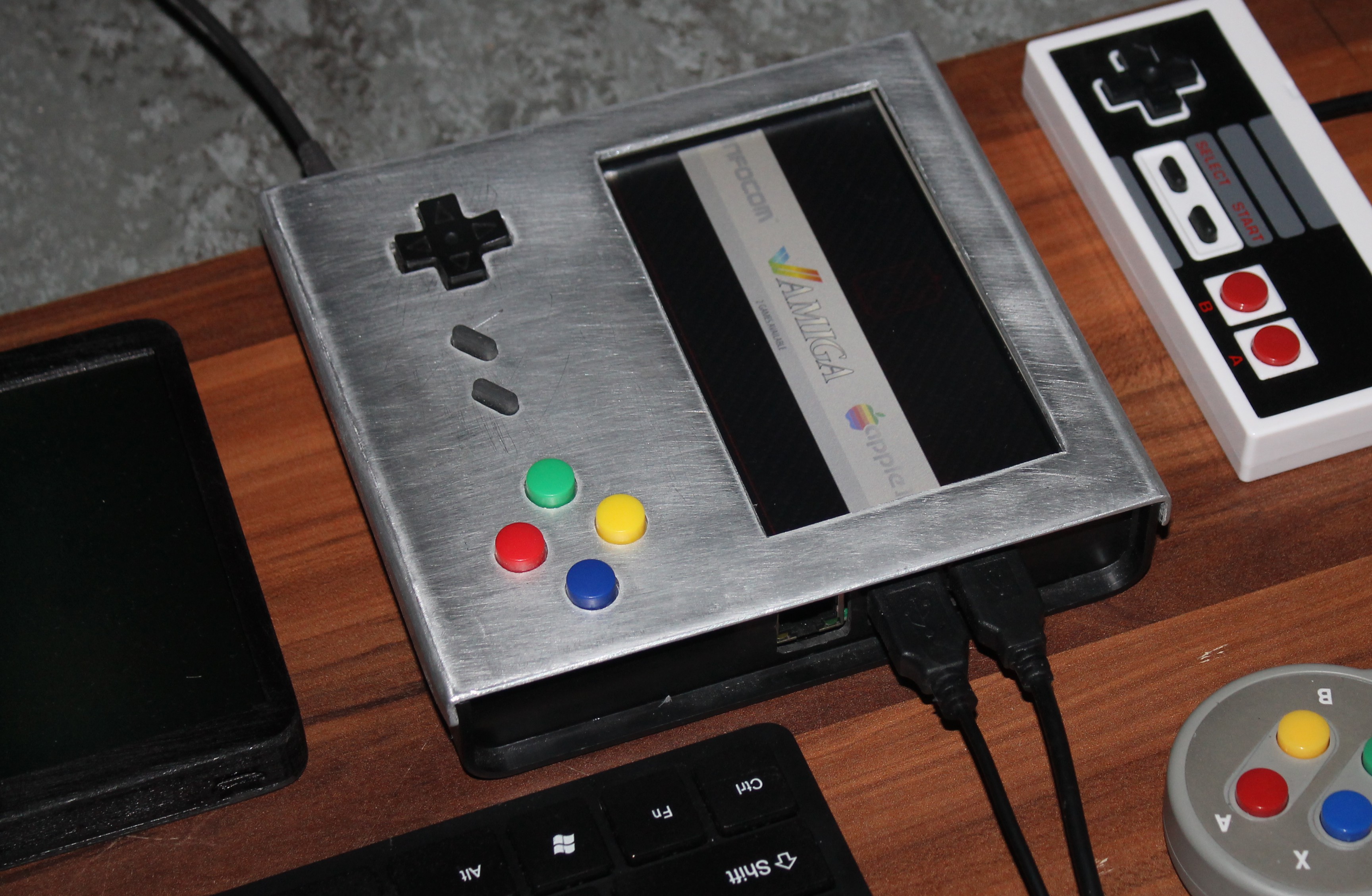 Obviously i got inspired by the 1000 raspberry pi handhelds which have allready been build, my first intention was to build a gameboy hack, but i considered it as to complicated to fit a rpi 3 in it and i absolutely want to emulate n64 and ps1, but i allready got 2 pi zero so this could be the next one. The controls would have been to simple too, on a gameboy with just 6 buttons. The 5" screen and the snes controls are better suited for n64 and ps1 in my opinion. So far i got the amp soldered to a 3,5 mm jack so i could use the intern speaker or headphones. I got the battery with a charging board which will meet a micro usb port for charging and a sliding switch to turn on and off. Now its just for the final fit of the controls and a finish on the steal plate. 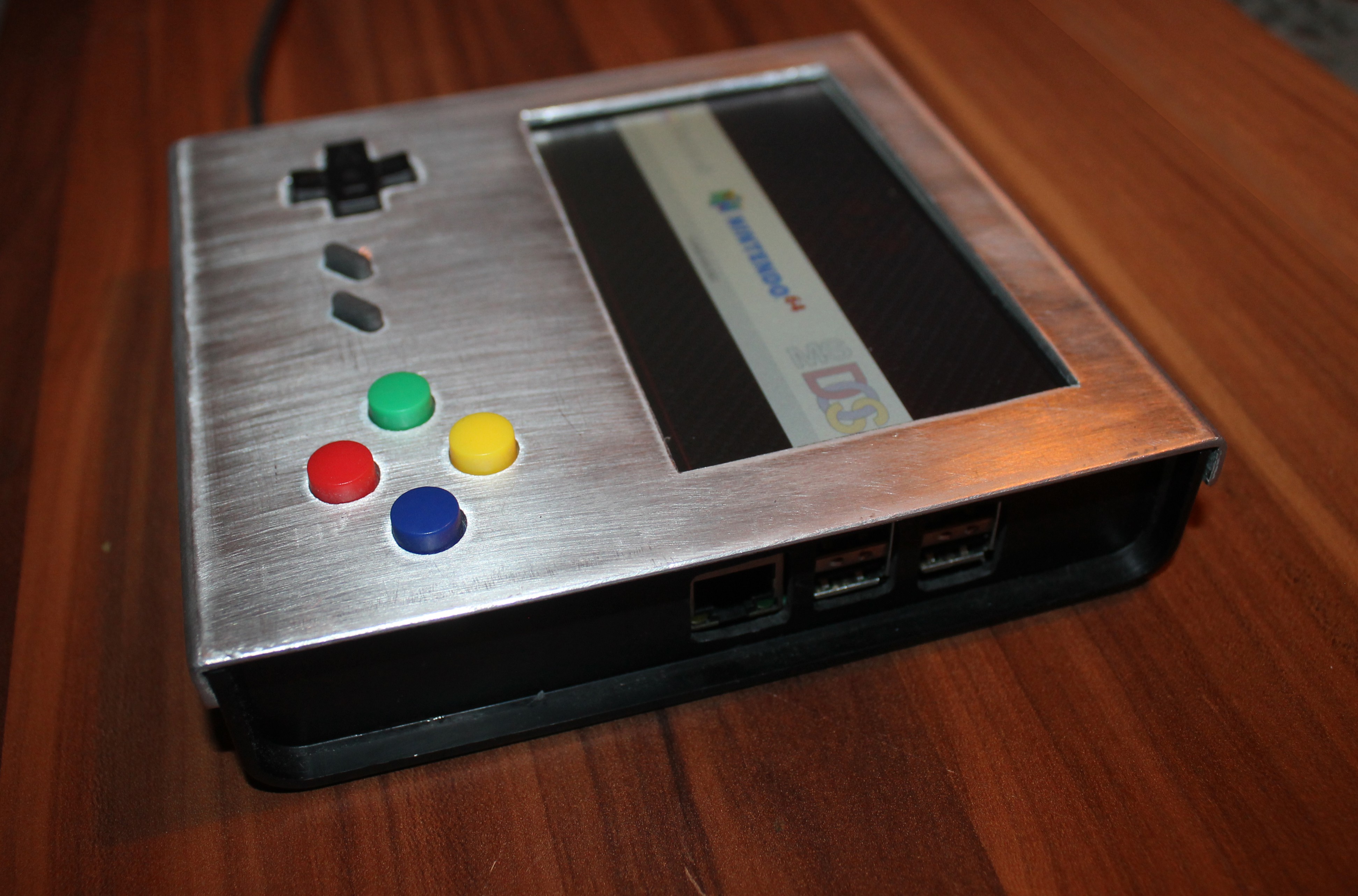 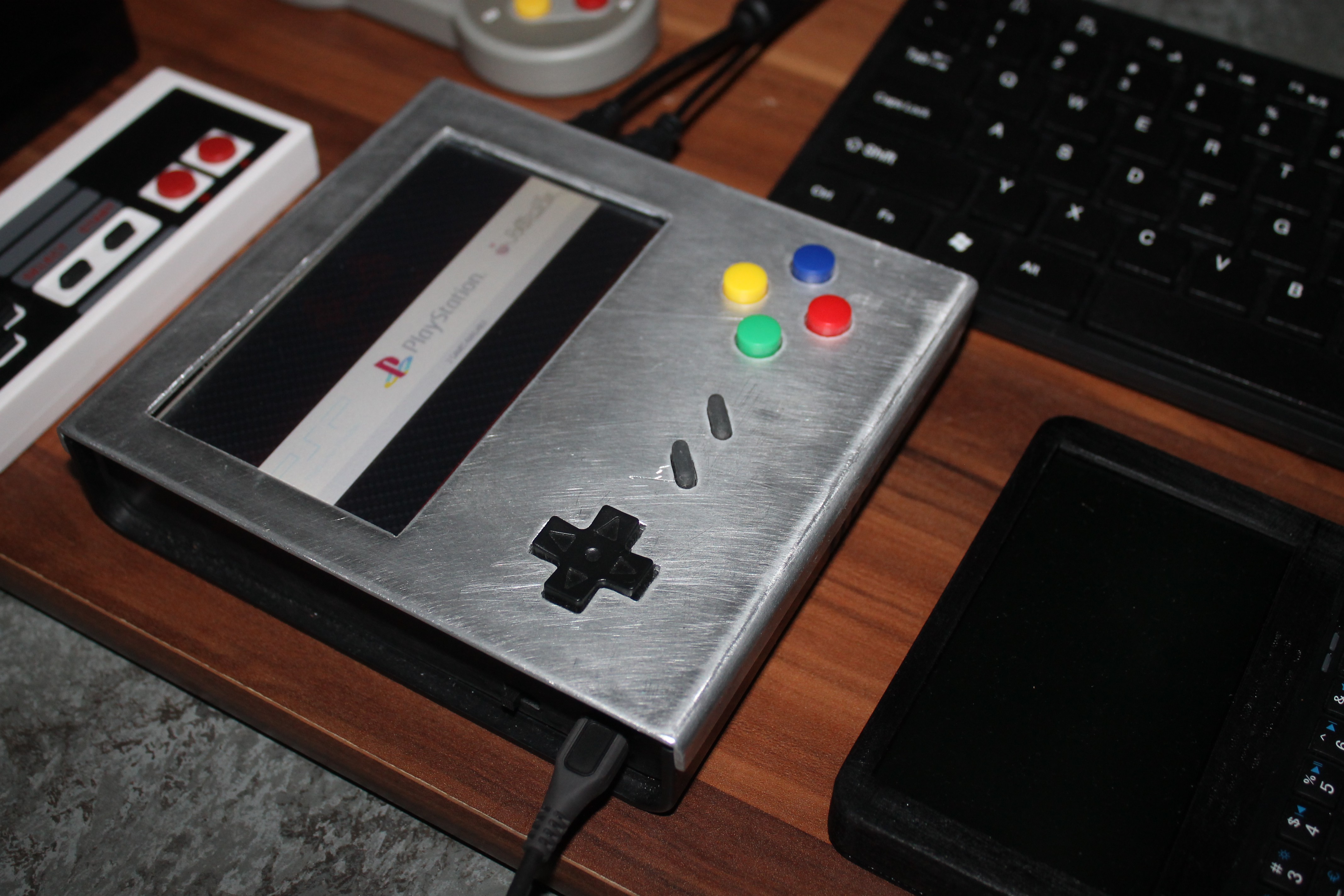 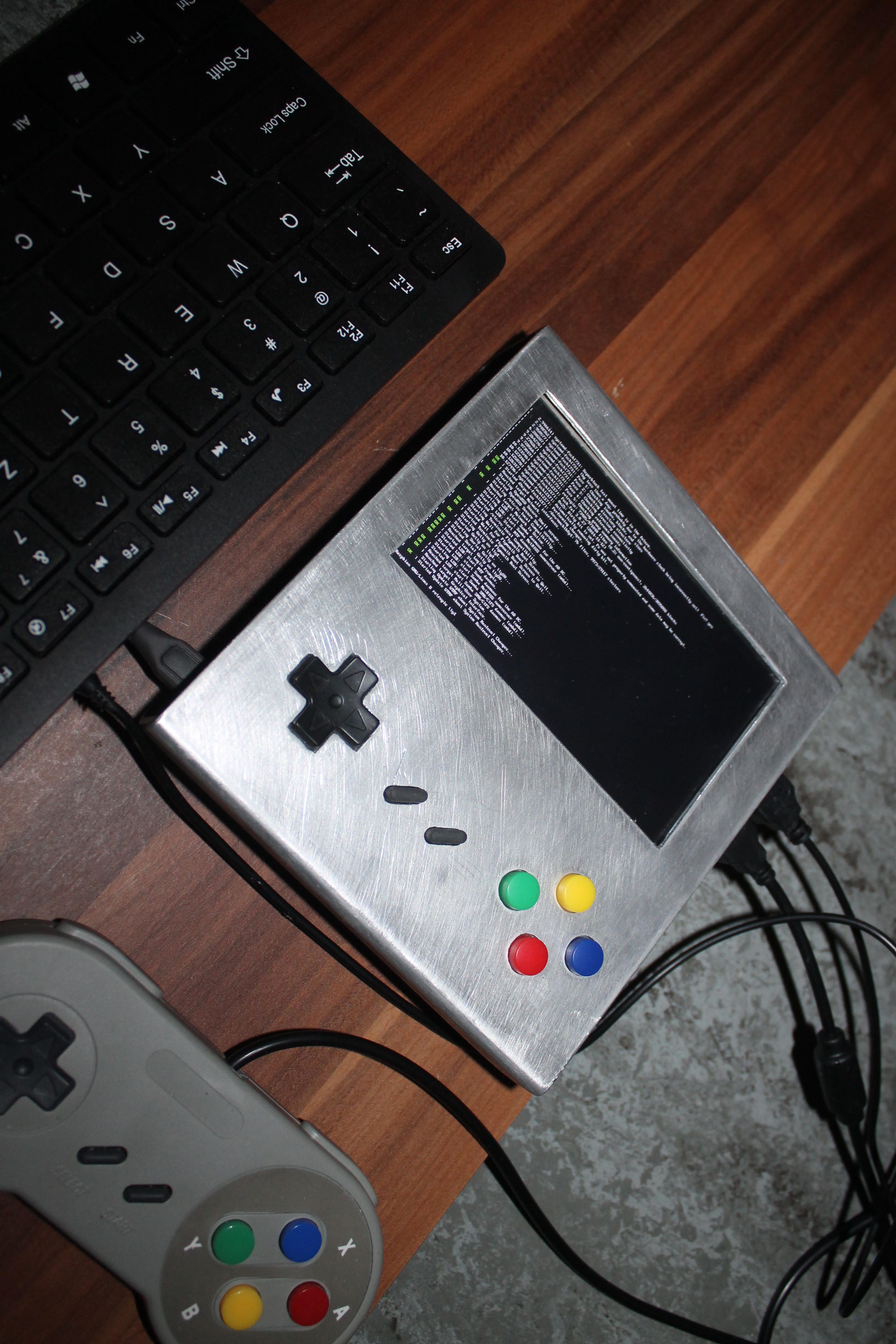 Im not sure if i should go for a polish or a color sceme like the nes controler. Propably a polish cause of the uniqueness of it. My biggest problem is the positioning of the shulder buttons, i realy want them and they are inclouded in the snes usb board