Following are pictures of the new enclosure, It's made of black foam core board and has a black poster board cover. The goal is to keep out extraneous LED light. While I was at it, I mounted the cuvette holder onto the breadboard right in front of the photodiode. The cover has a lip on it to block light at the seams. Eventually, I will put tape or sealer around the edges to block as much light as possible.

The cuvette holder is held in place with two-sided tape and a hole is cut in the cover for it. The lid blocks light from the LED, but could be improved if it were black. 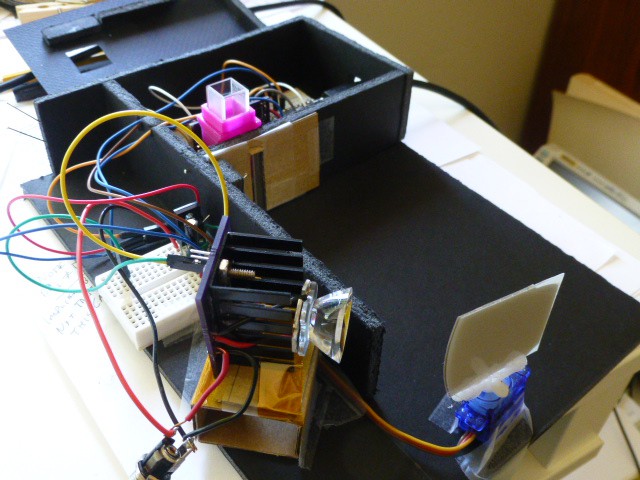 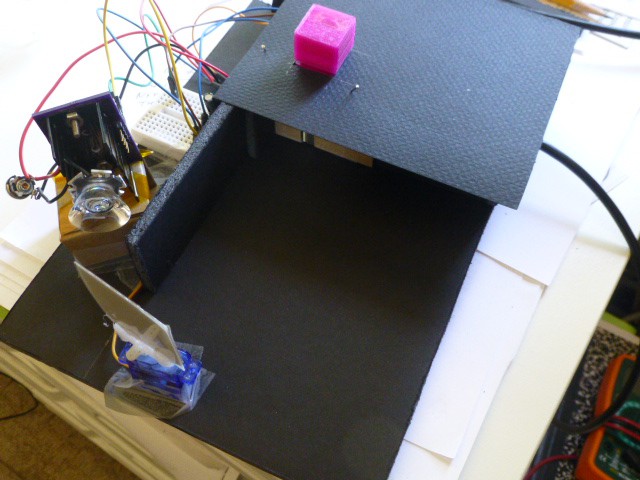 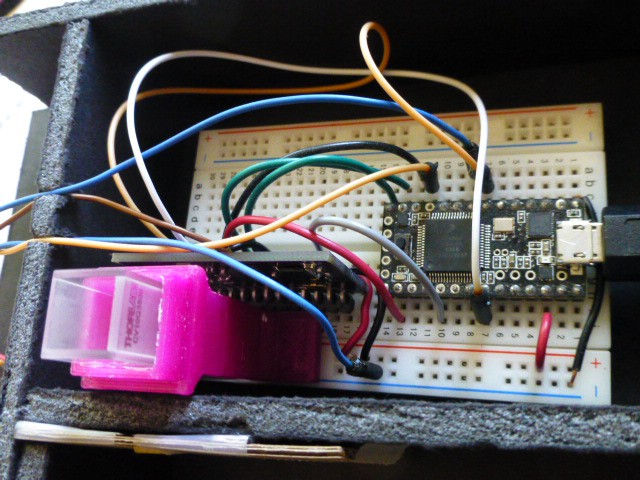 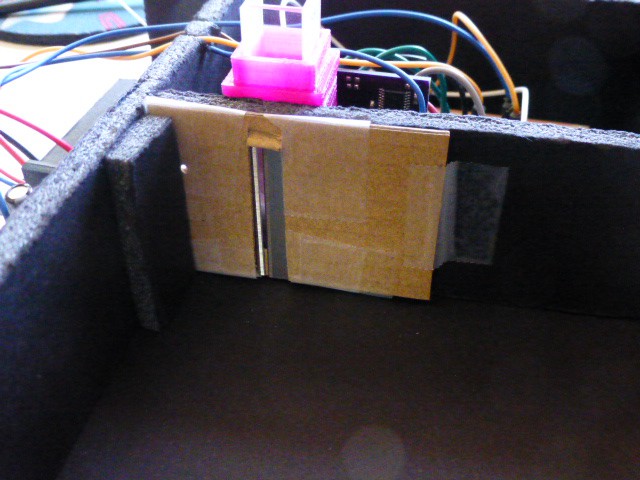 To test the enclosure, I put the grating at 27 degrees (mostly yellow light through the slot), filled the cuvette with plain water and collected 40 points. The average value was 1.03 volts. Then I put a drop of greenish-yellow food coloring in the water (partially blocking yellow) and read 1.22 volts. Next, I tried a drop of blue food coloring (which should block yellow effectively) and read 1.60 volts. Finally, I tried clear water again and read 1.03 volts.

I find this pretty encouraging! Now I need to create a program for the pc that will sweep the LED and collect a sequence of data. Then I can try characterizing some samples.